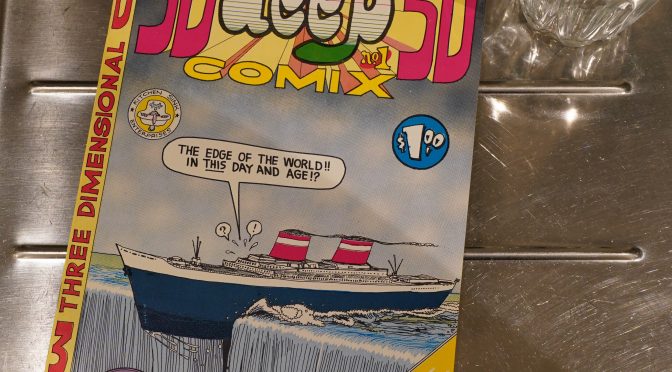 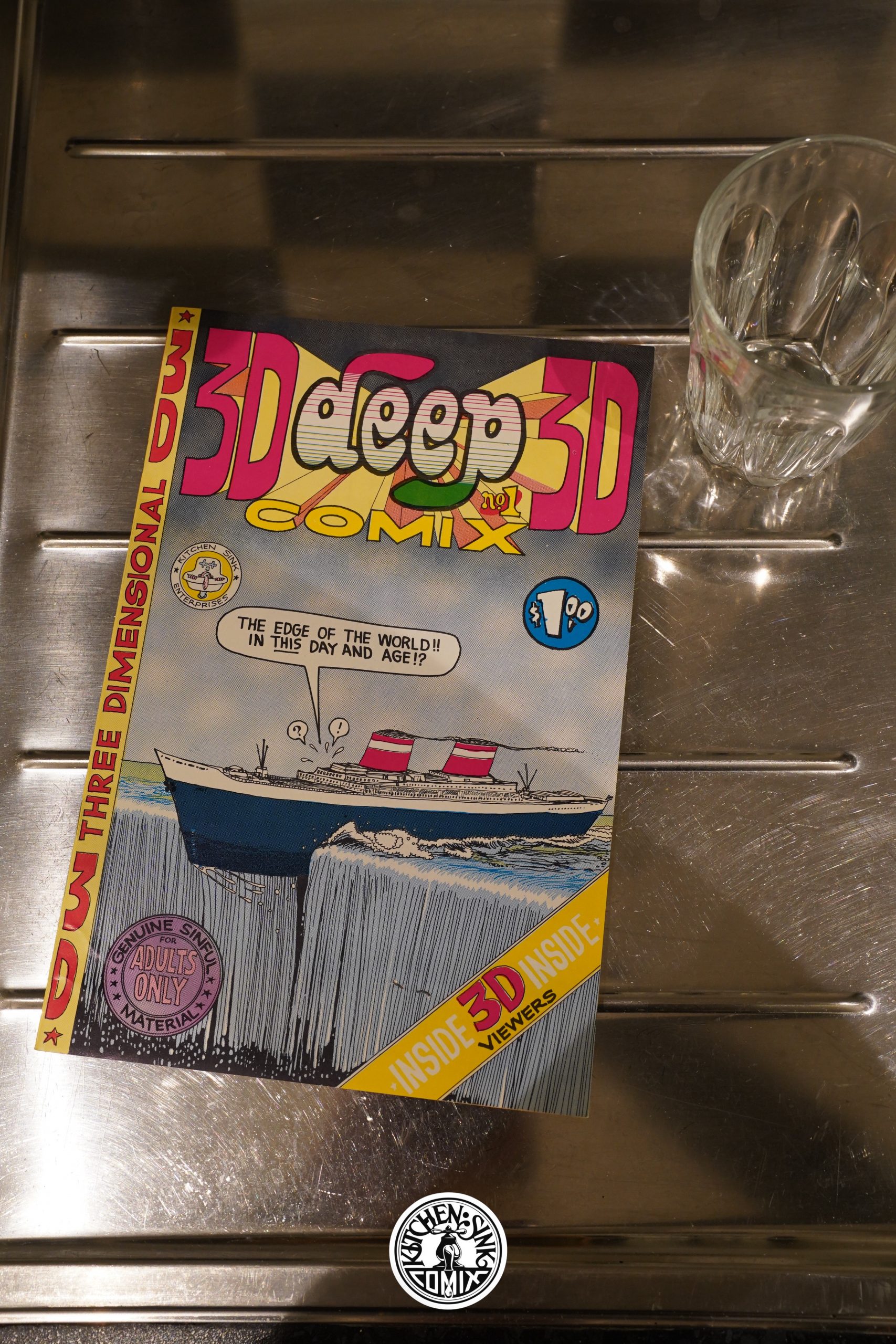 In the 90s, Kitchen would (if I remember correctly) follow the trajectory of Eclipse Comics, and concentrate on selling novelty items instead of comics. Eclipse went for trading cards, while Kitchen started selling candy bars and metal signs? I think? I guess we’ll find out when this blog series reaches the 90s.

But the very second comic Kitchen published was a 3D comic, so gimmicks were embedded in Kitchen Sink’s DNA from the very start. 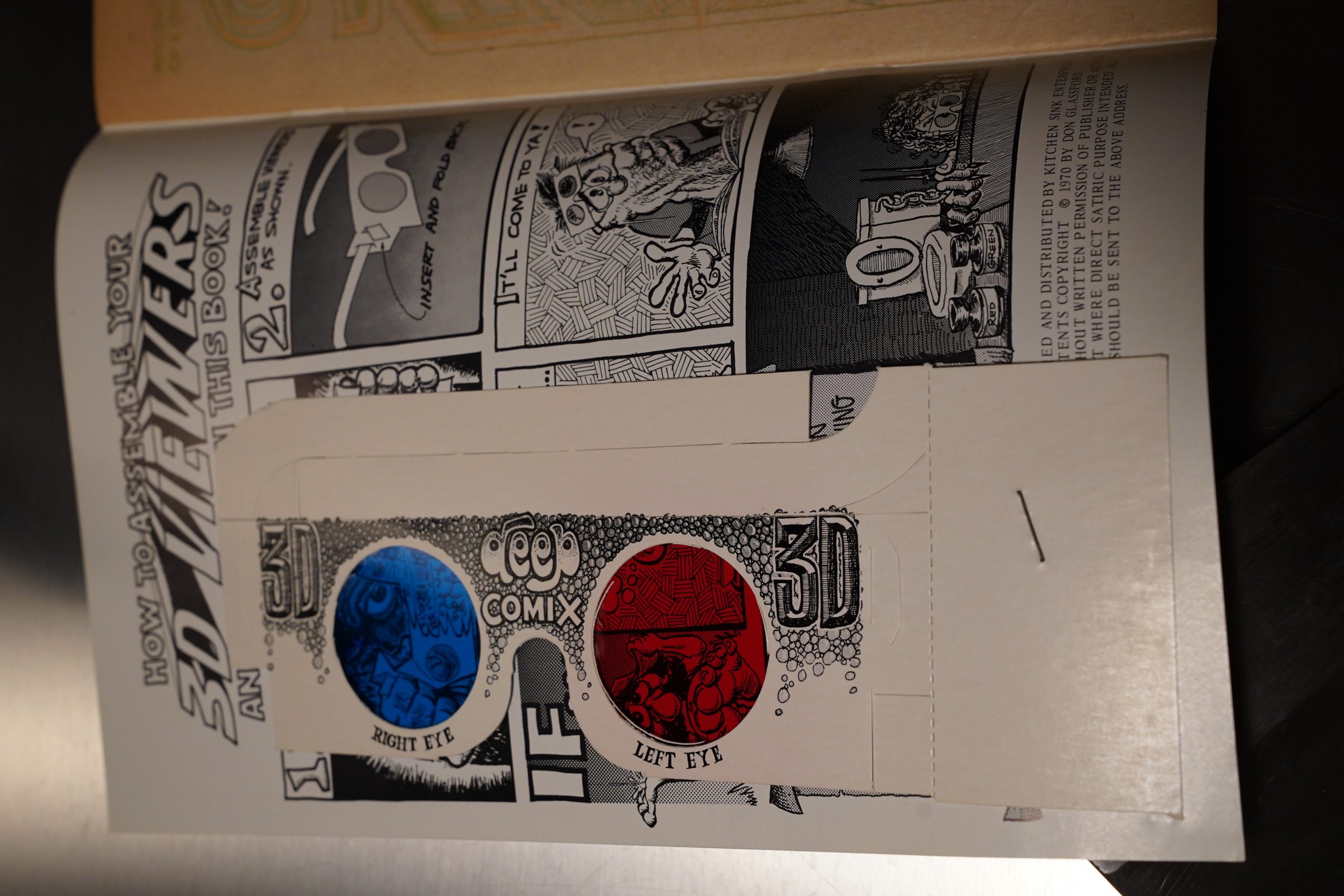 This helpfully has 3D glasses stapled to the inside cover, but… 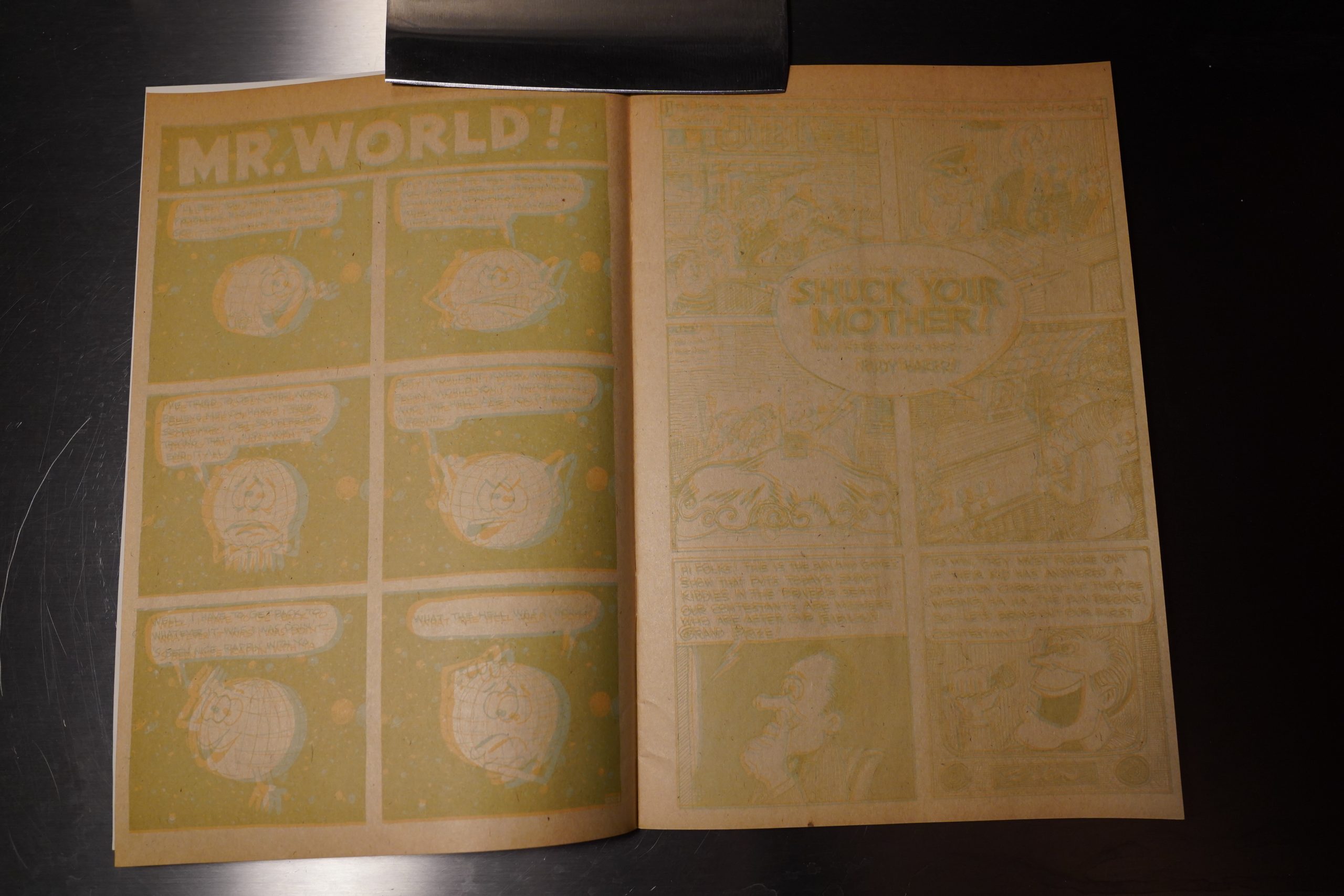 … I’ve never seen any comic that’s this faded in my entire life. Where did Kitchen get this printed?

Man. I can just about make out some stuff here, but I’m not going to read the issue, so you’ll just have to imagine what it’s about. 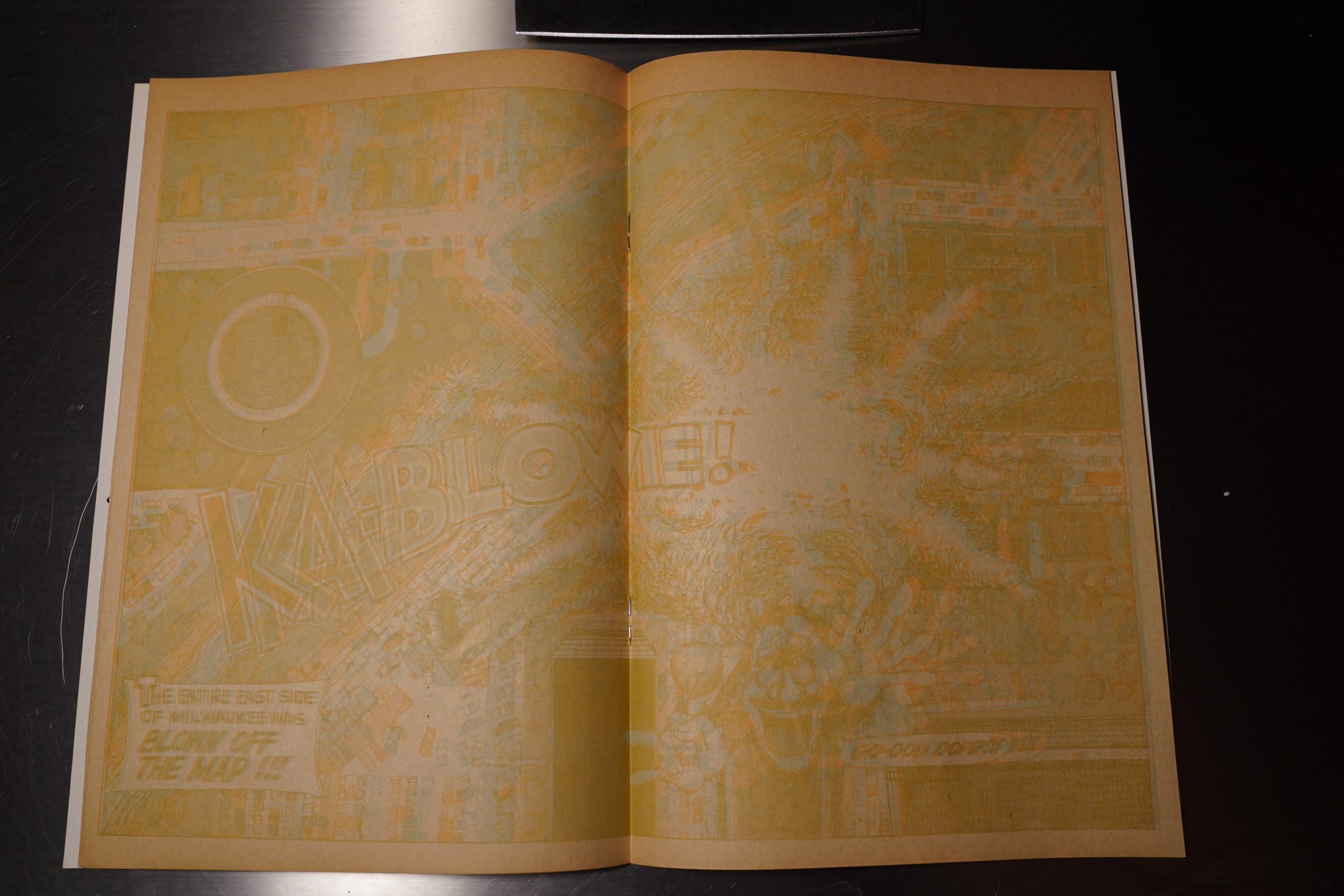 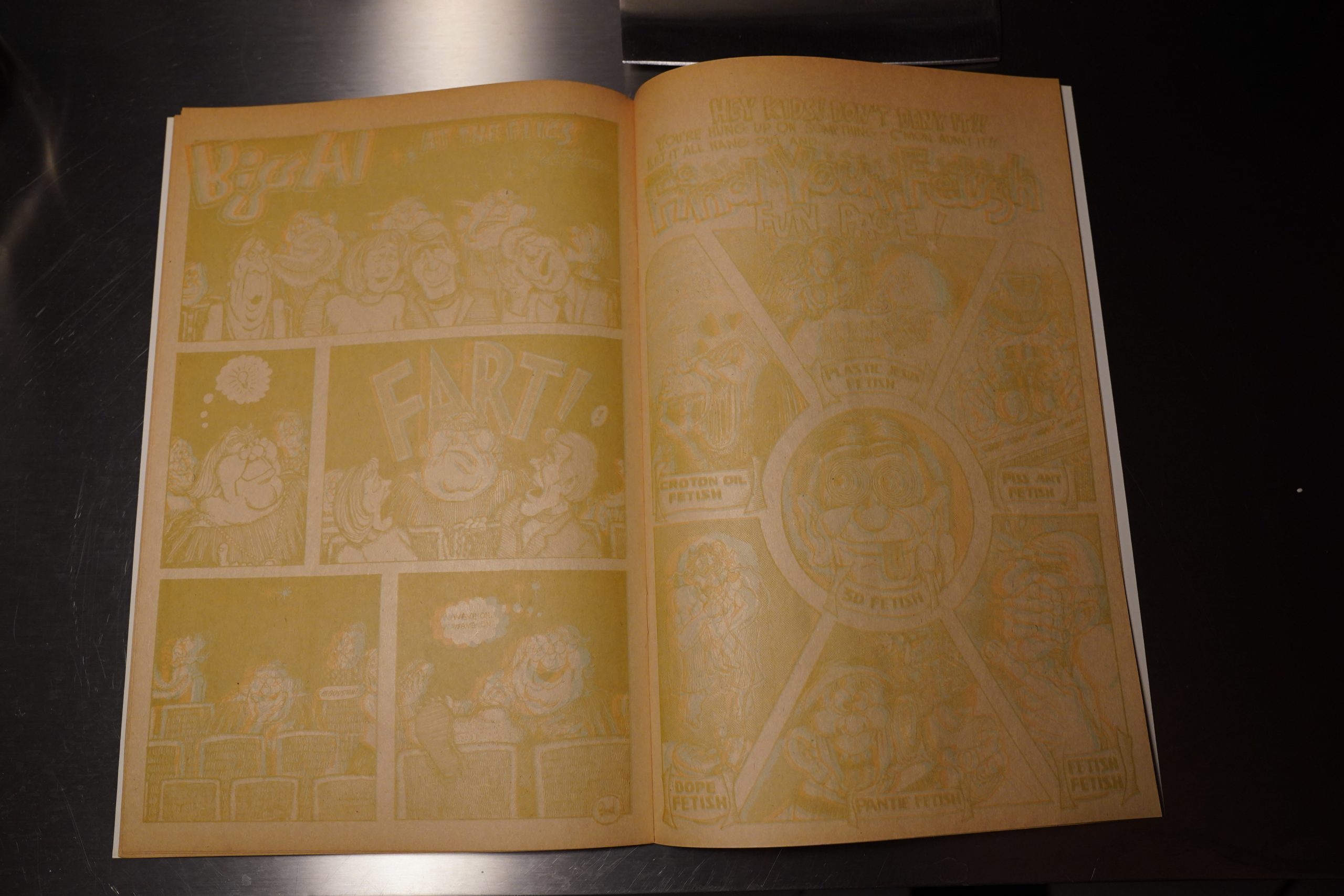 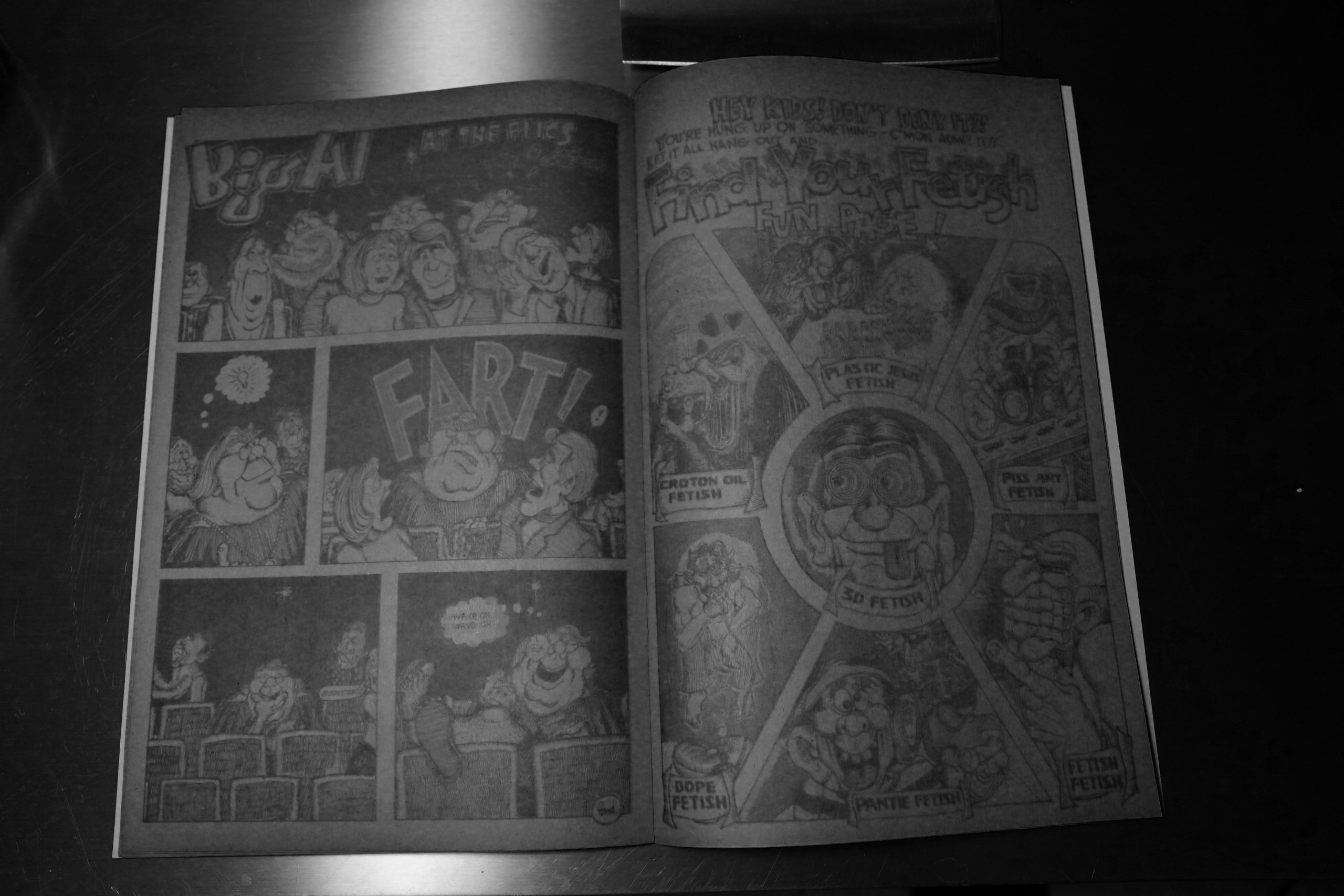 *gasp* I can almost tell what’s on the page! The wonders of technology. But reading it this way is just too much work.

This is the second post in the Entire Kitchen Sink blog series.