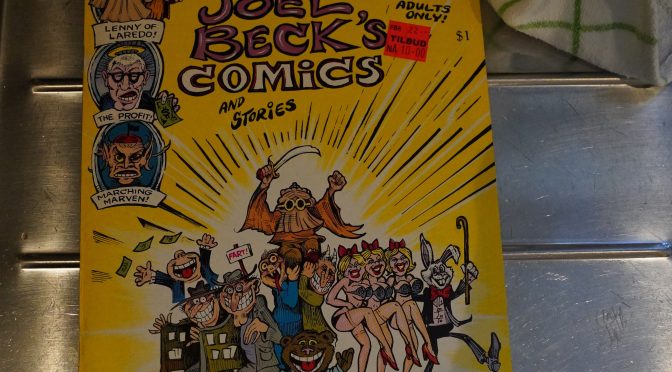 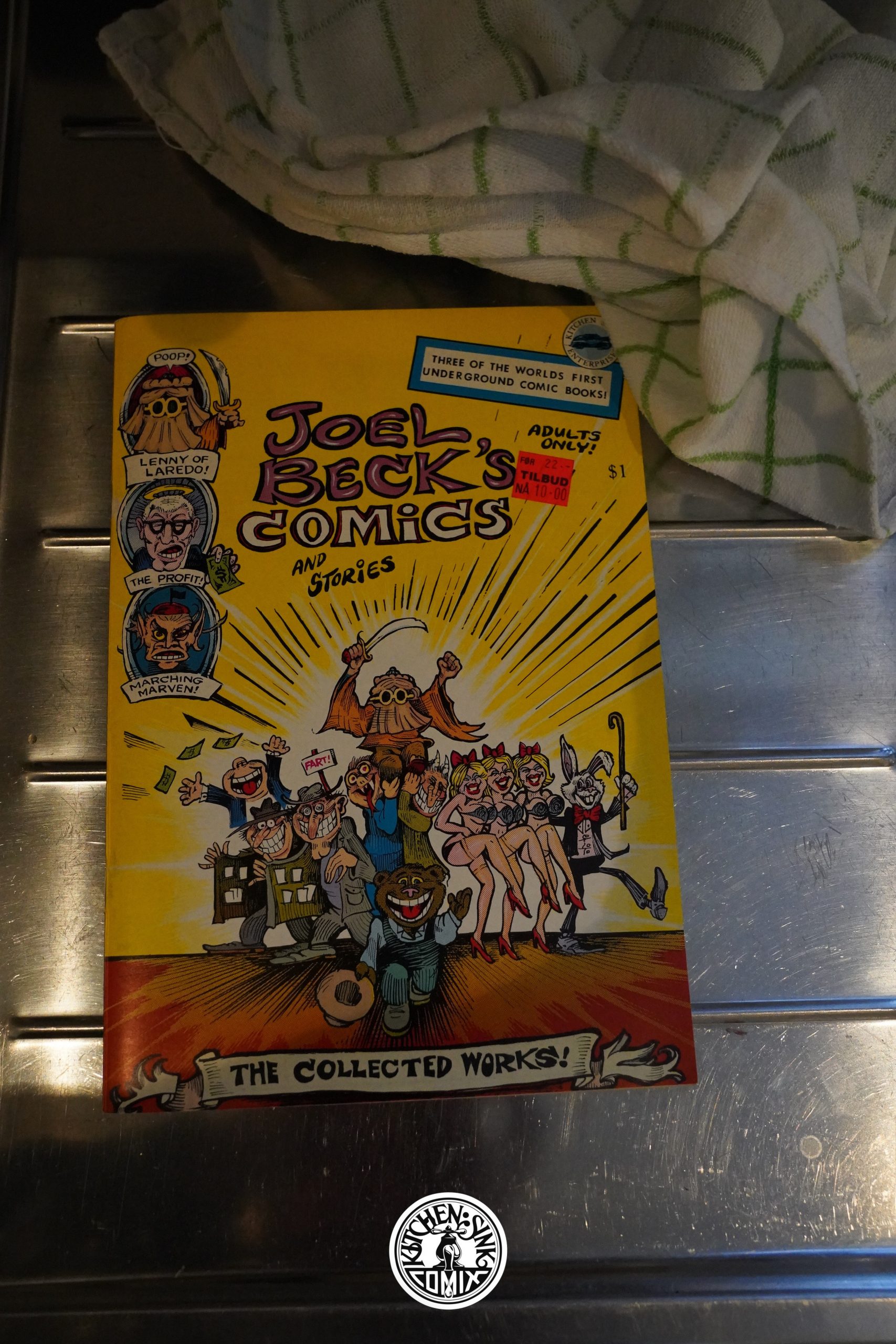 Apparently I bought this comic at a sale in the early 90s, but I have no recollection of ever having read this before. 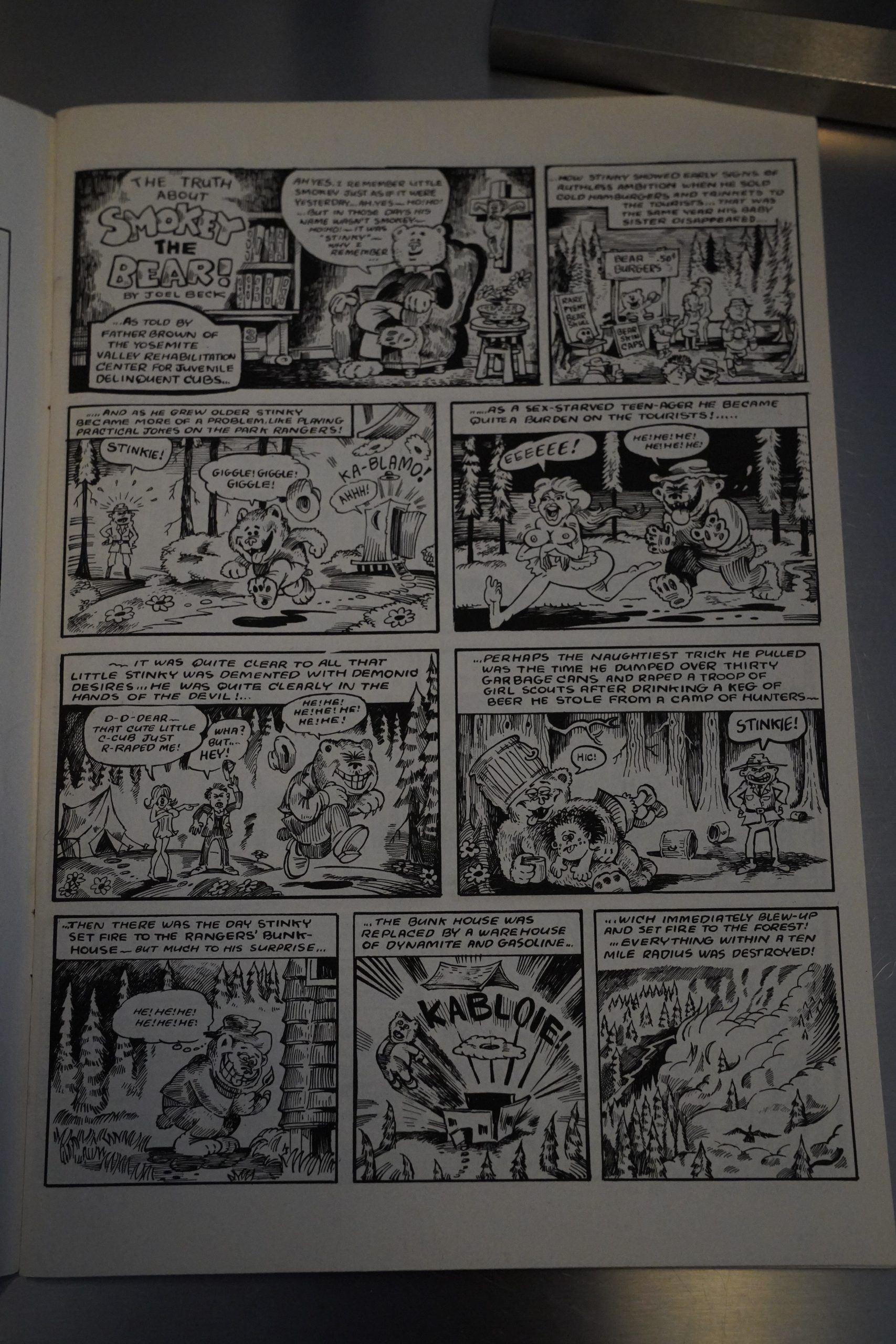 And reading it now, I understand why: It’s just really not my sort of thing. 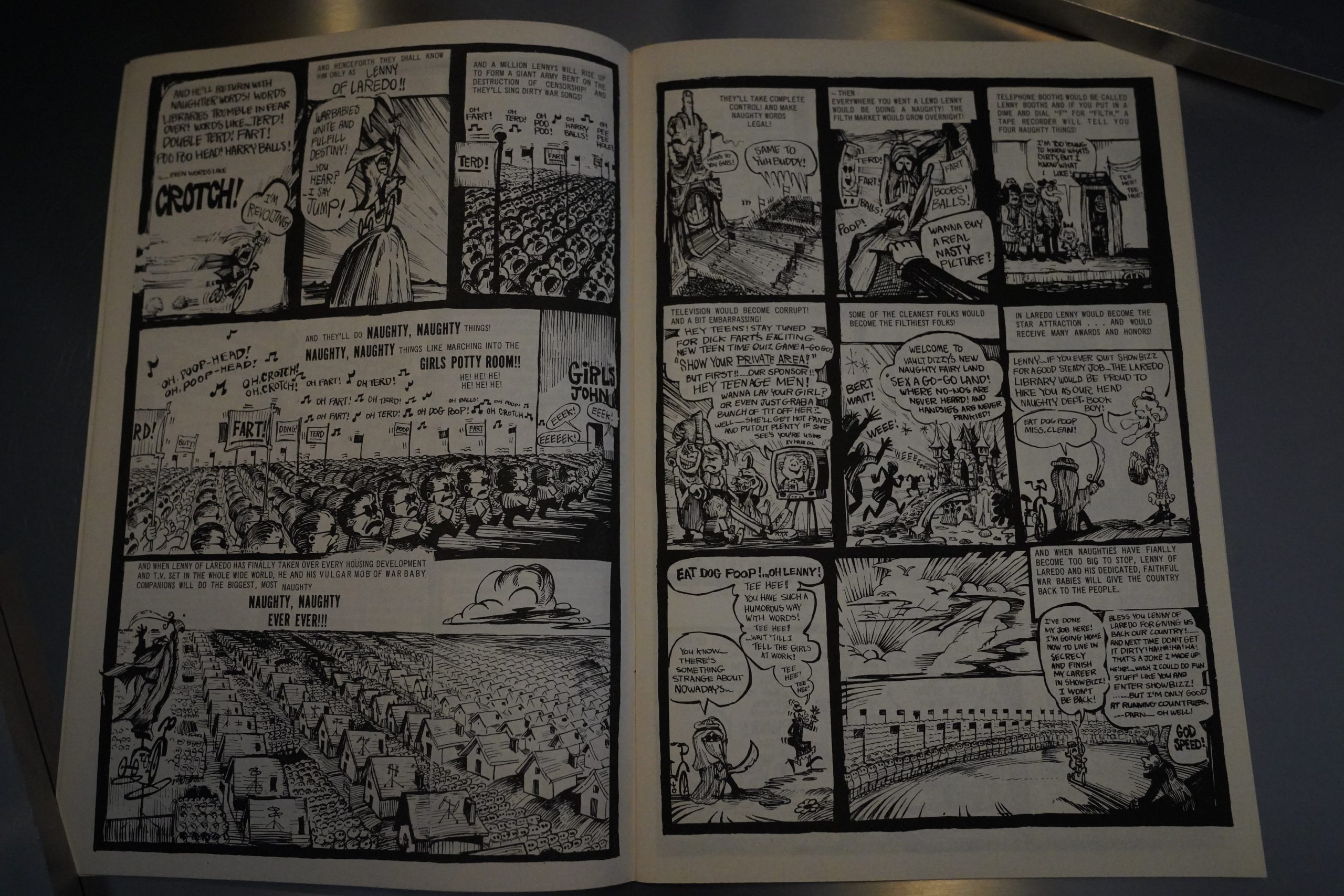 I see some Kurtzman influences, but the gags are really obvious (this one is about how Lenny Bruce’s career would be over if people stopped being shocked by swear words). 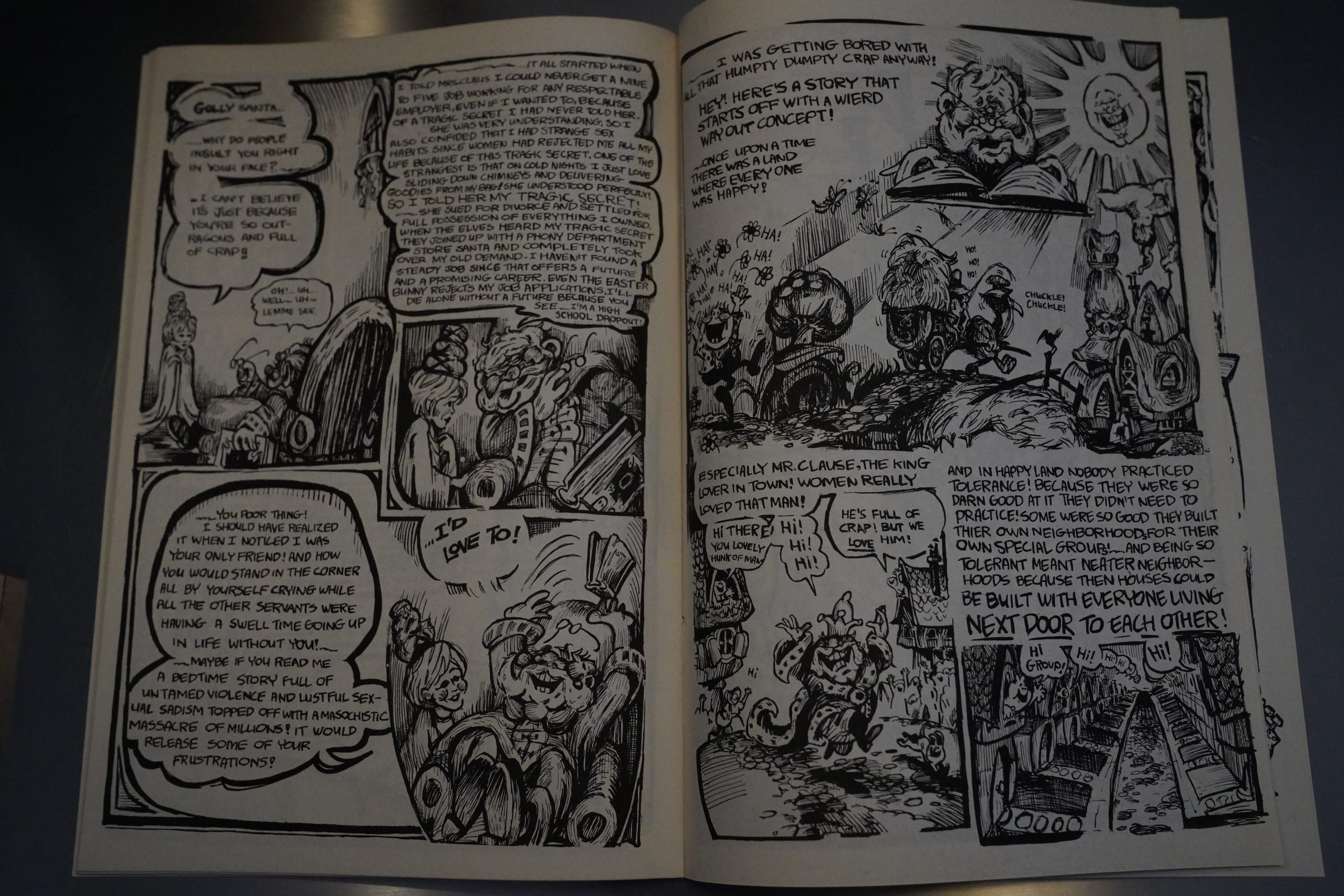 It would be difficult to find something that’s less aligned with my aesthetics (as they are), so I don’t really have much to say. I find it ugly and tedious beyond belief. 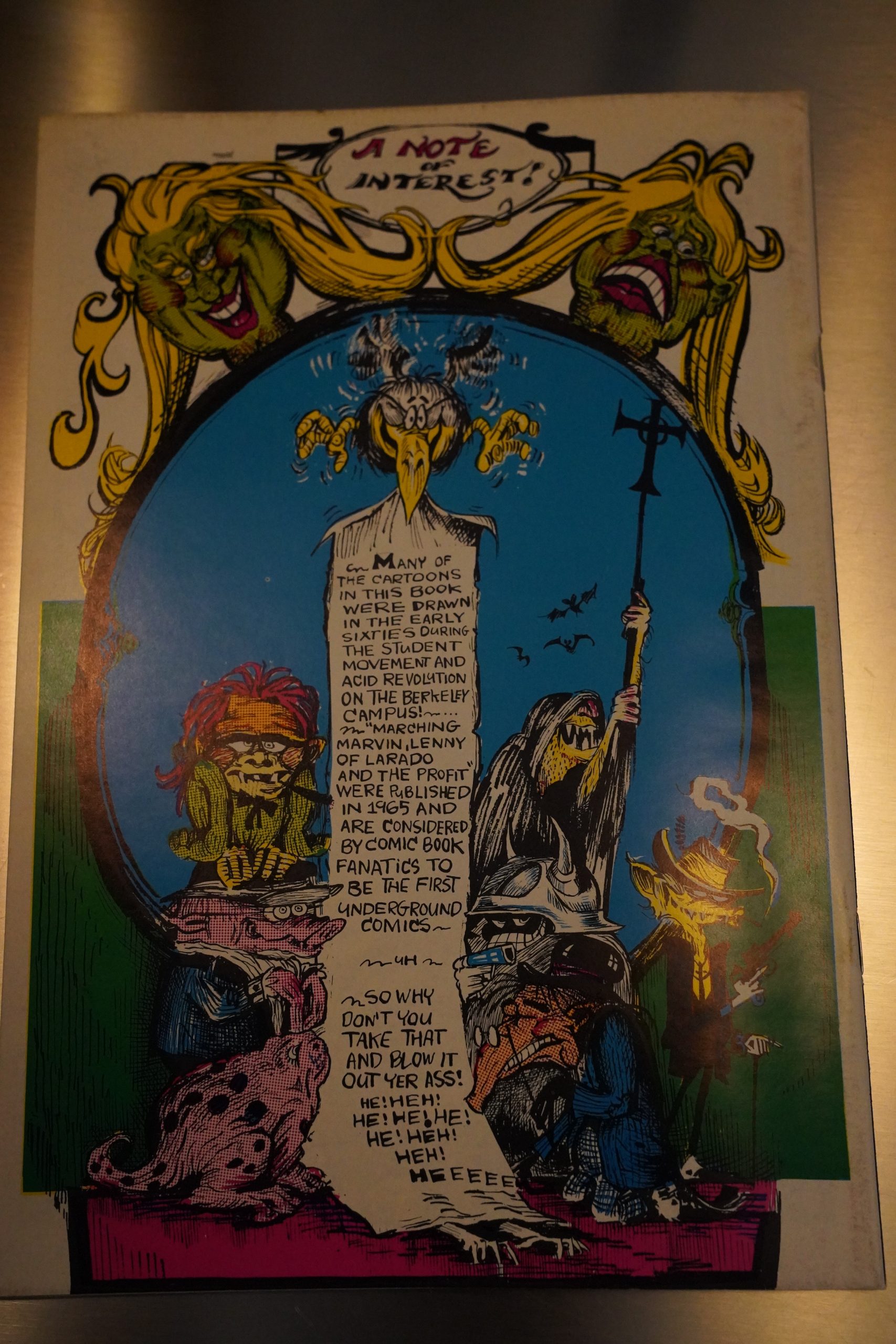 Oh, perhaps this is the reason Kitchen published it — they claim that this was the first underground comic book (well, or parts of it were). I don’t think that’s something many people agree with? Let’s see:

Joel Beck’s Comics and Stories compiles most of the stories from three of the earliest comic books in underground history: Lenny of Laredo (1965), The Profit (1966), and Marching Marvin, the Red Watcher! (1966). As these books are relatively rare and quite expensive, it’s nice to have an affordable comic that gathers the best of Joel Beck’s pioneering books in one publication.

(The ComixJoint guy gives it his top rating.)

So this 32 page book reprints … three eight page books? Or what? No, 16 pages… er… He also says they cut up the pages for this edition, and…

This is the fourtieth post in the Entire Kitchen Sink blog series.