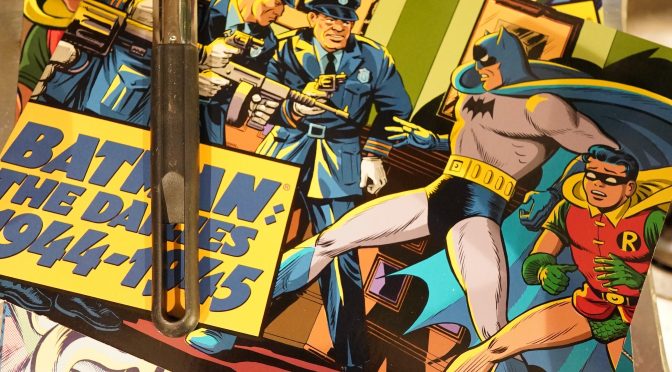 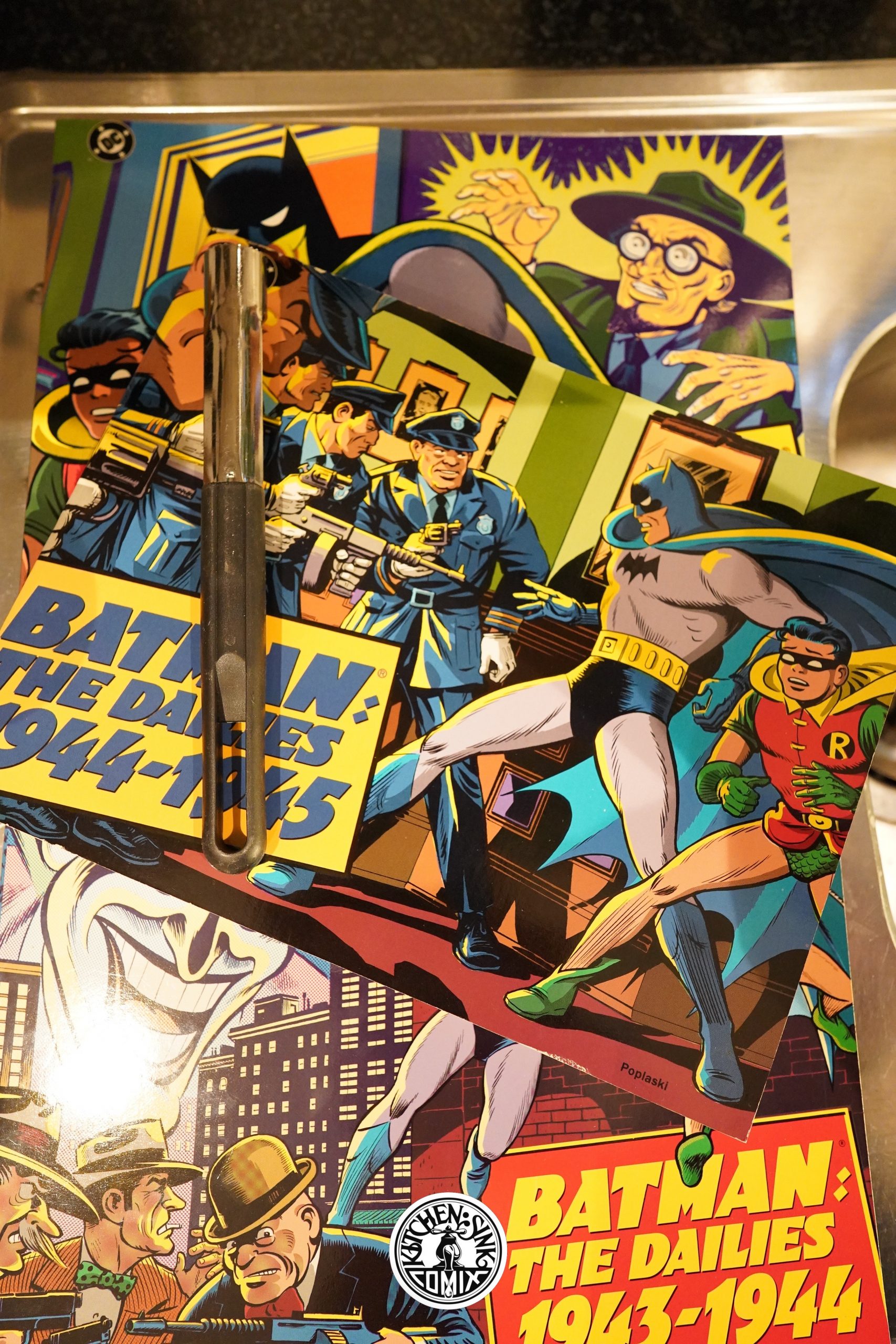 As usual with these strip reprints, I’m not actually reading them, so I have nothing to say here, really — but I may go back and read them later when I have more time. So this is a placeholder article. 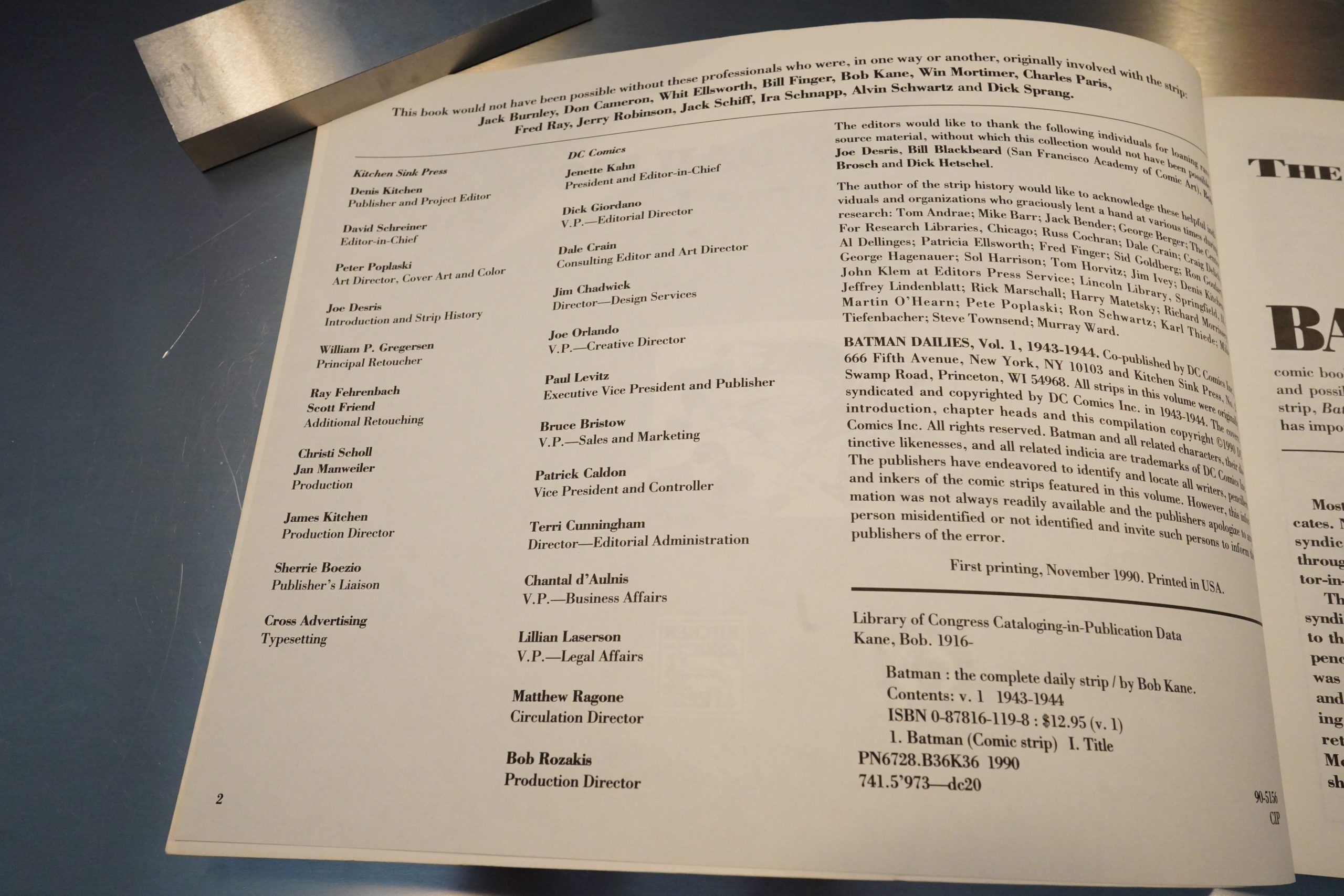 It must have been something of a scoop for Kitchen Sink to get DC to agree to a co-publishing venture for this. This was, after all, in 1990, while the world was still in a Bat-craze after the Tim Burton movie. 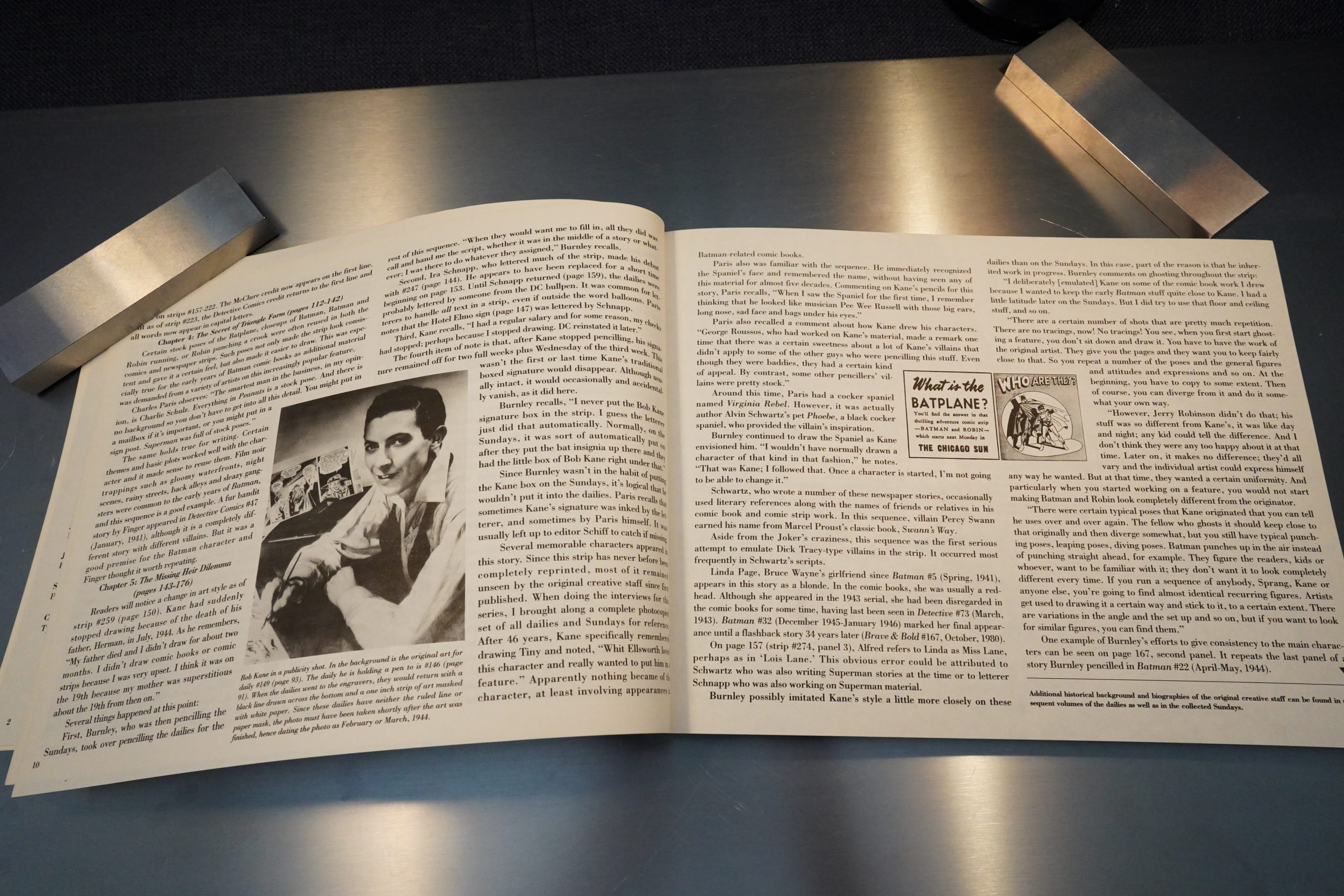 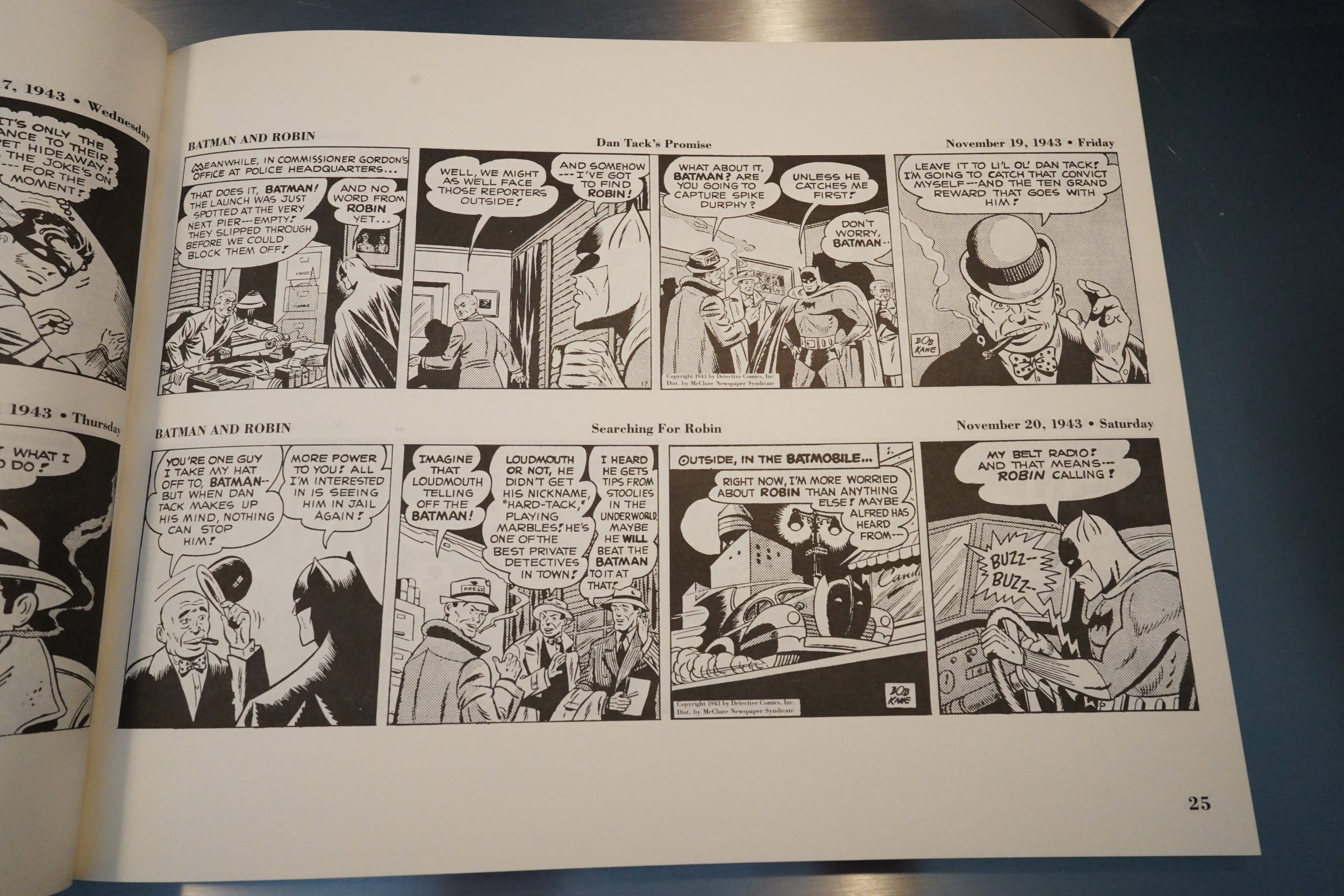 I just read a couple of strips here and there, and it seems really influenced by Chester Gould’s Dick Tracy. 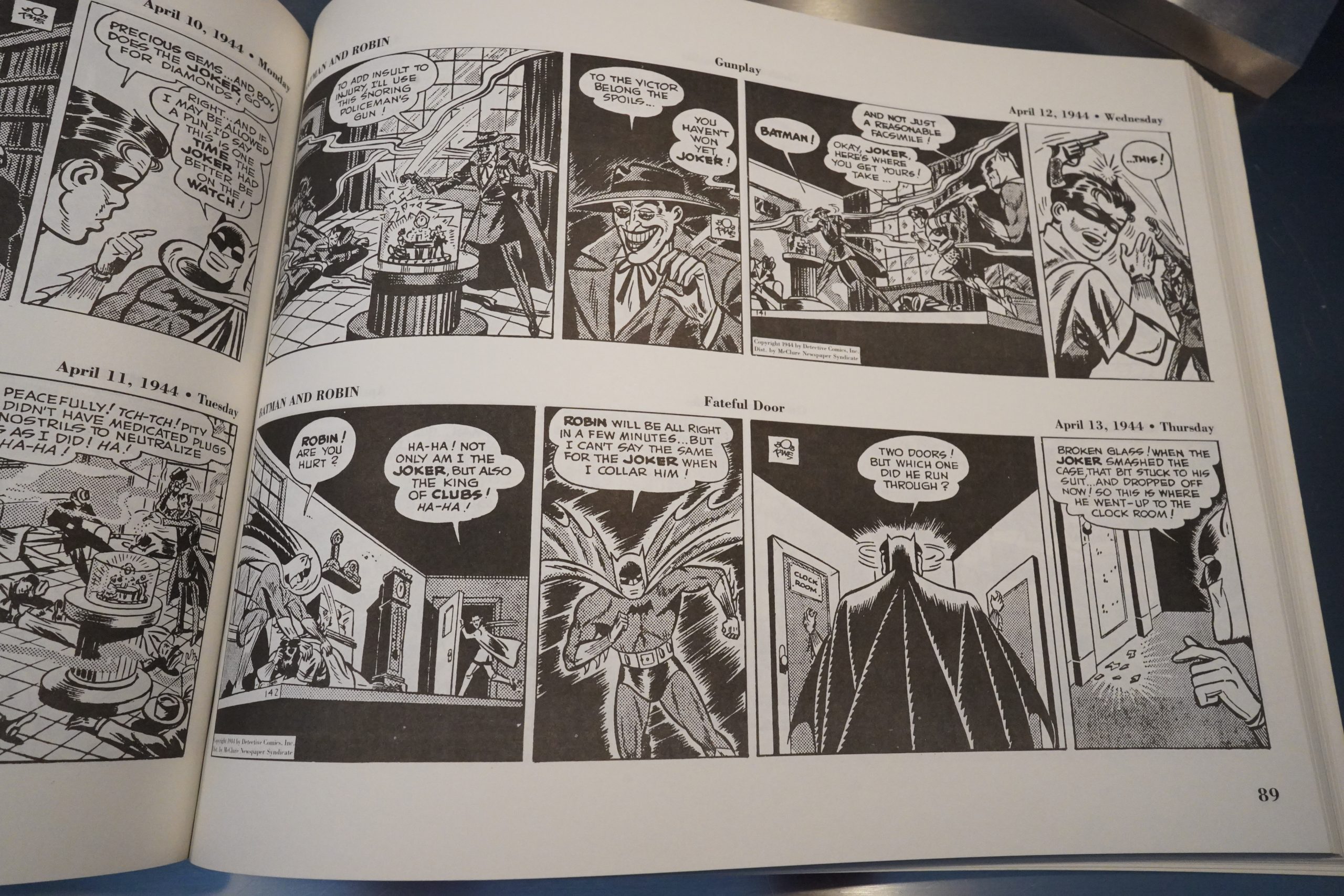 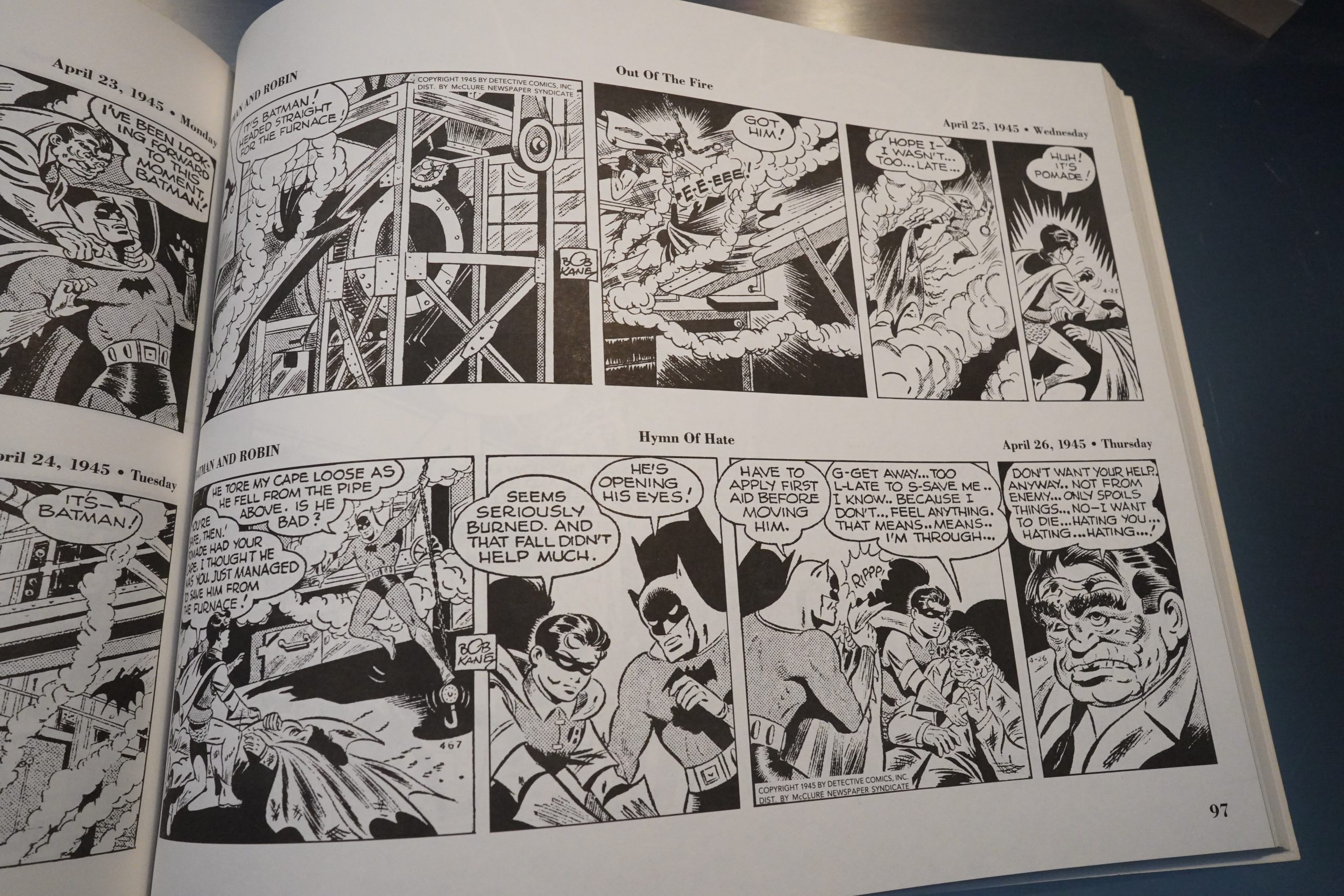 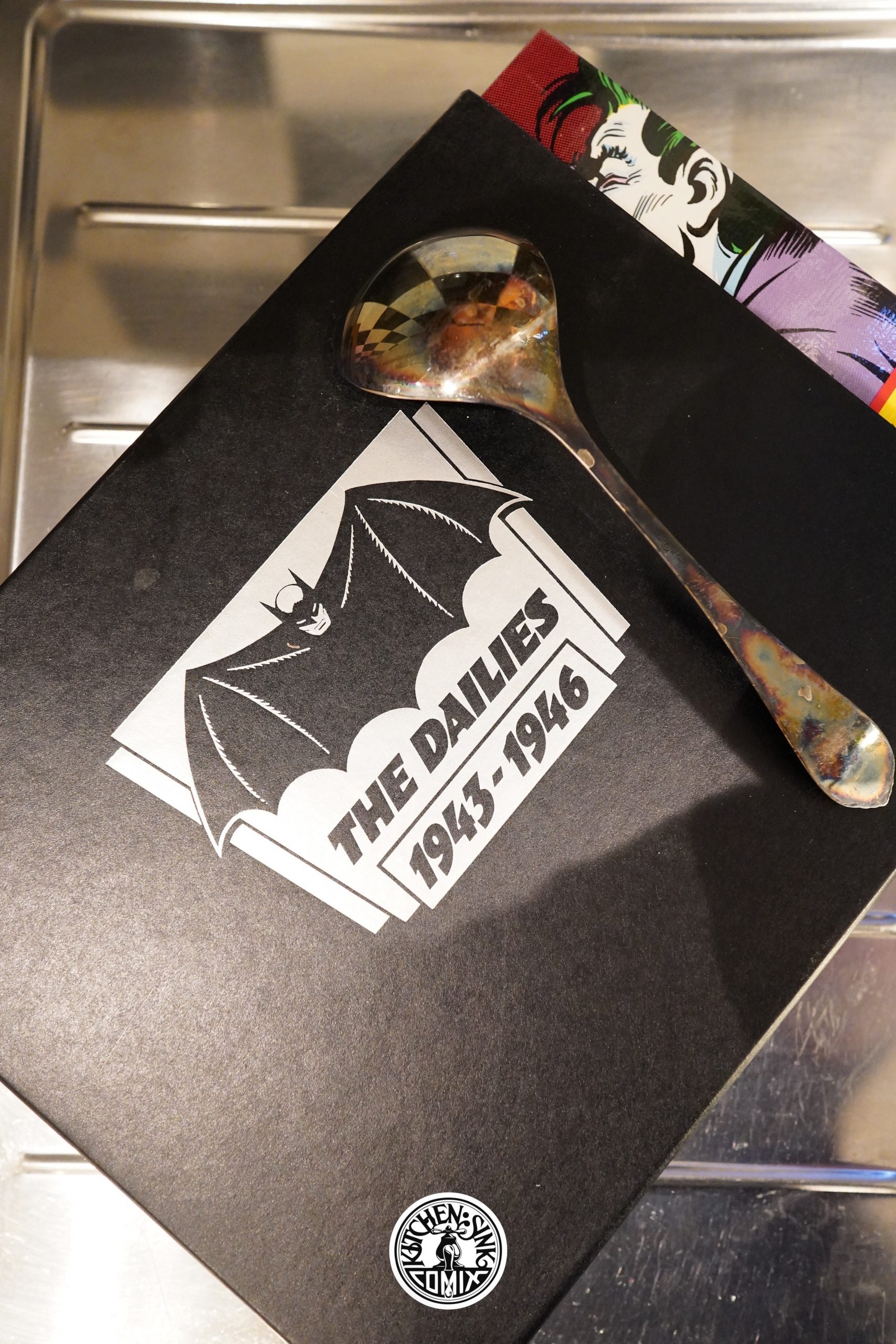 And I’ve accidentally bought this twice — once as three softcover books, and once as a hardback: 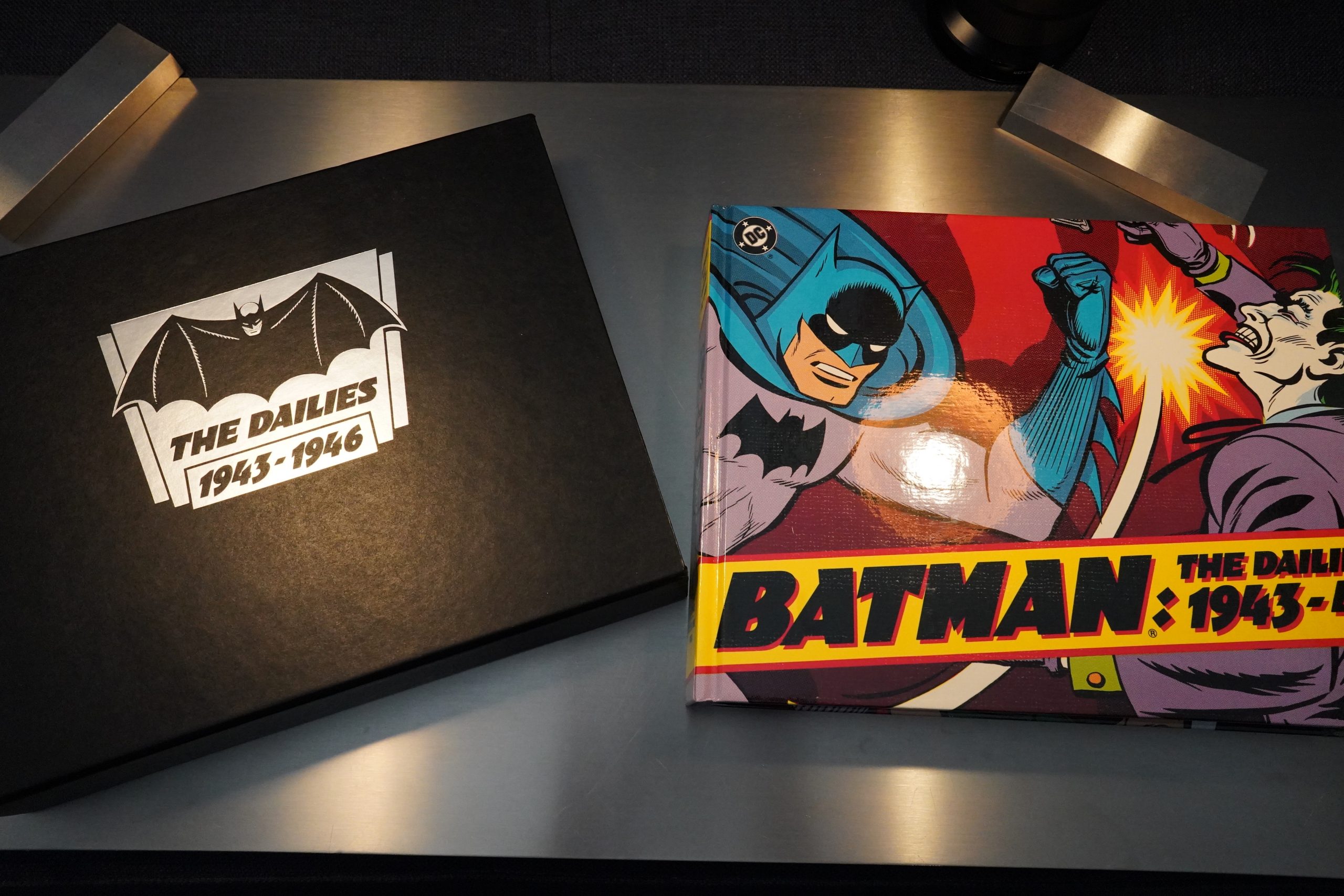 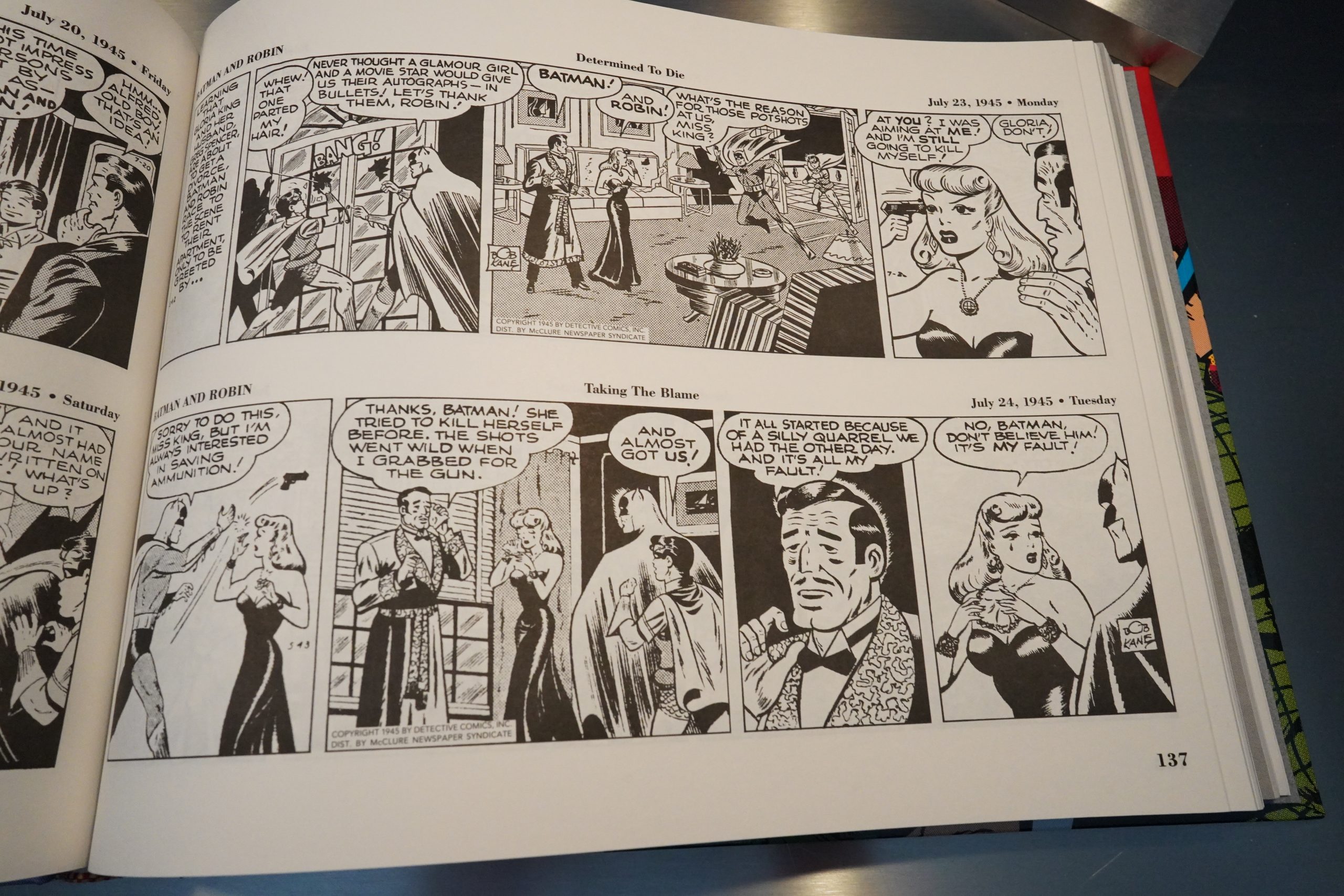 And it has the exact same innards as the three soft-cover books, I think?

This is the one hundred and twenty-fourth post in the Entire Kitchen Sink blog series.