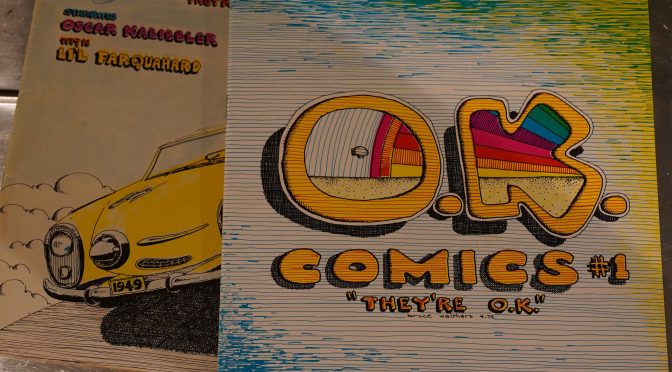 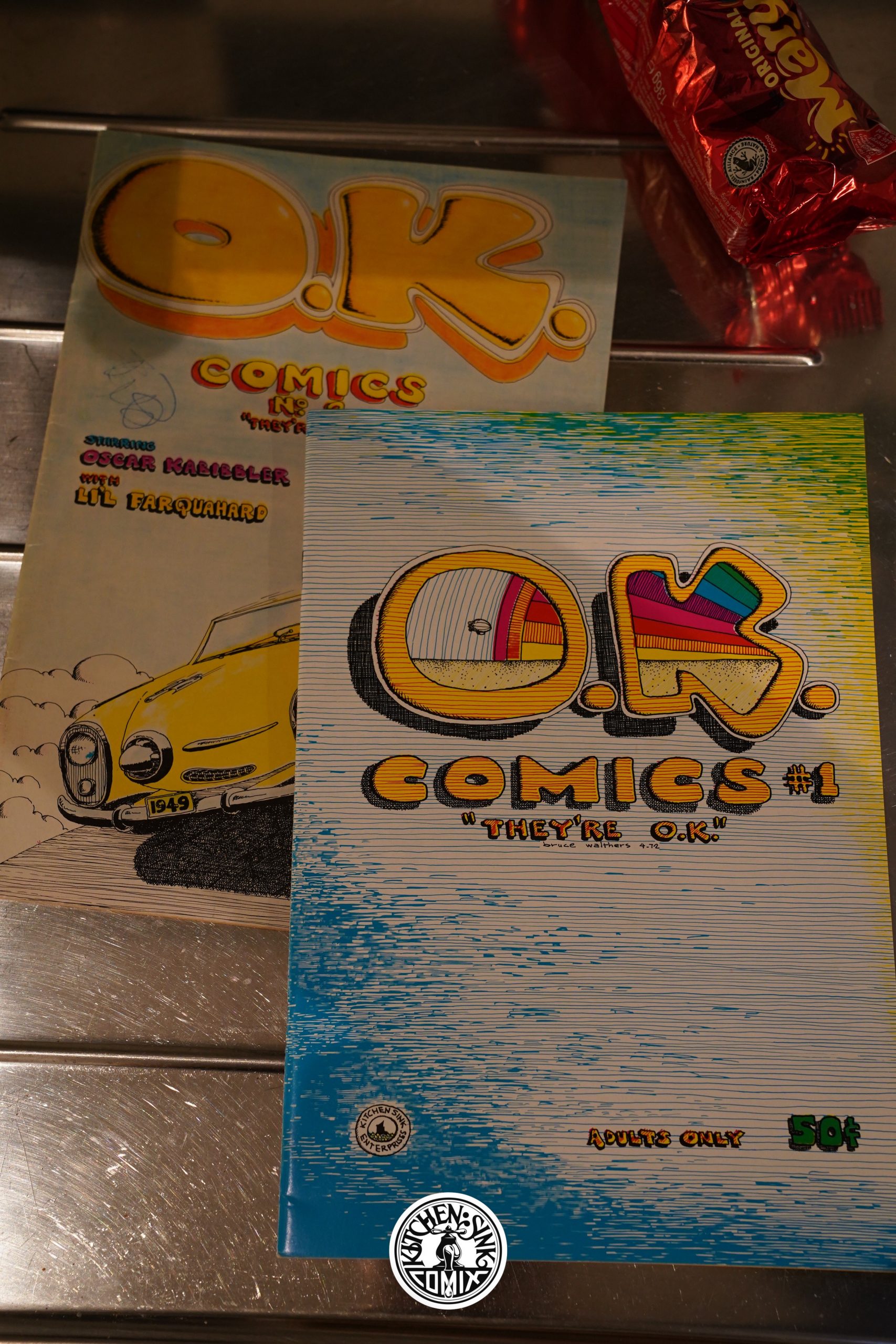 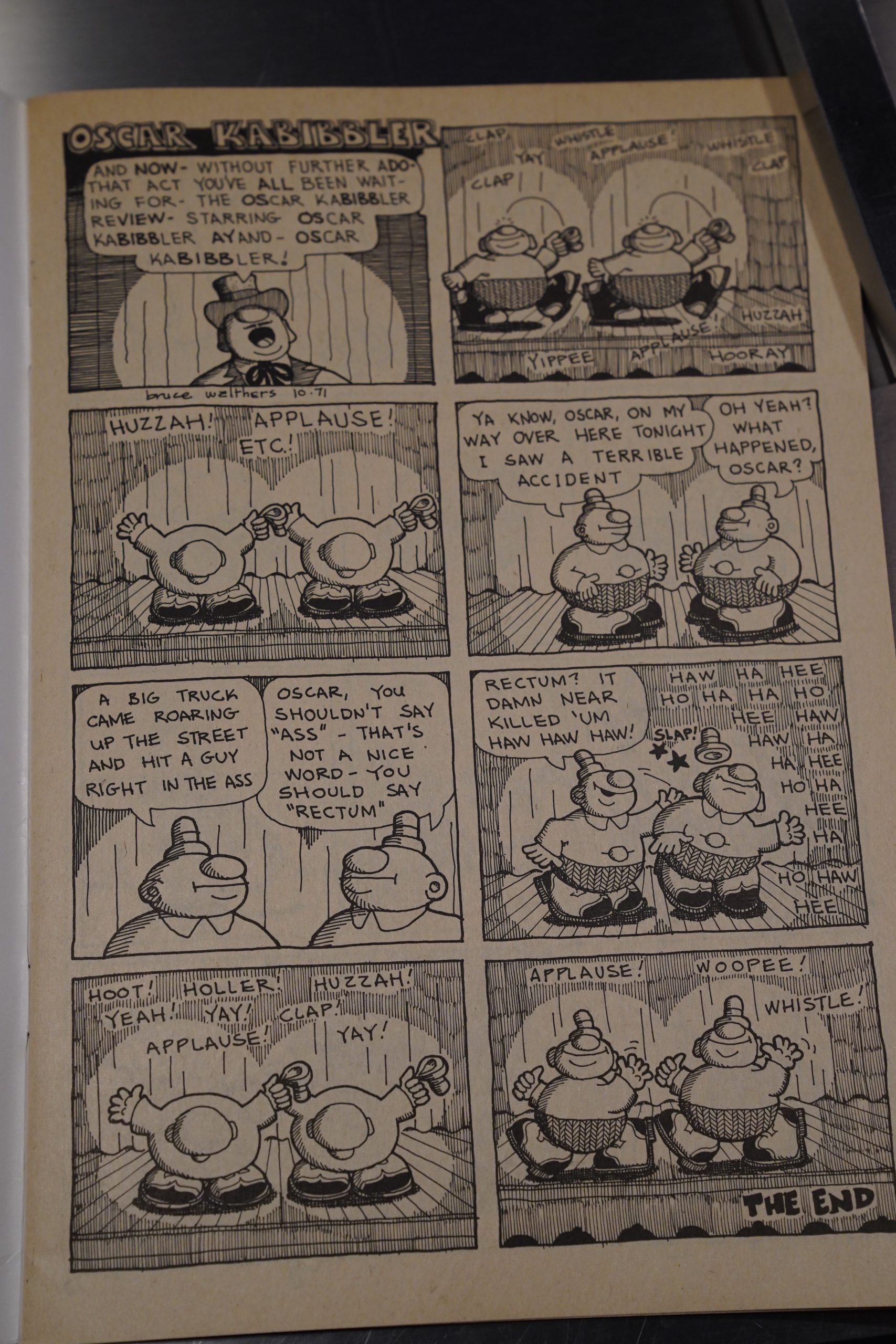 Kitchen had syndicated the OK Comics strips to various underground newspapers, and the strip also showed up in (basically) all the Kitchen anthologies. So I guess it’s natural to give him a solo book.

The humour is kinda between oldee tymey gags and spaced out hippie nonsense, which isn’t totally my cup of tea, but I can see the charm. There’s also something interesting graphically about the artwork: The hatching and the bulbousness of everything. 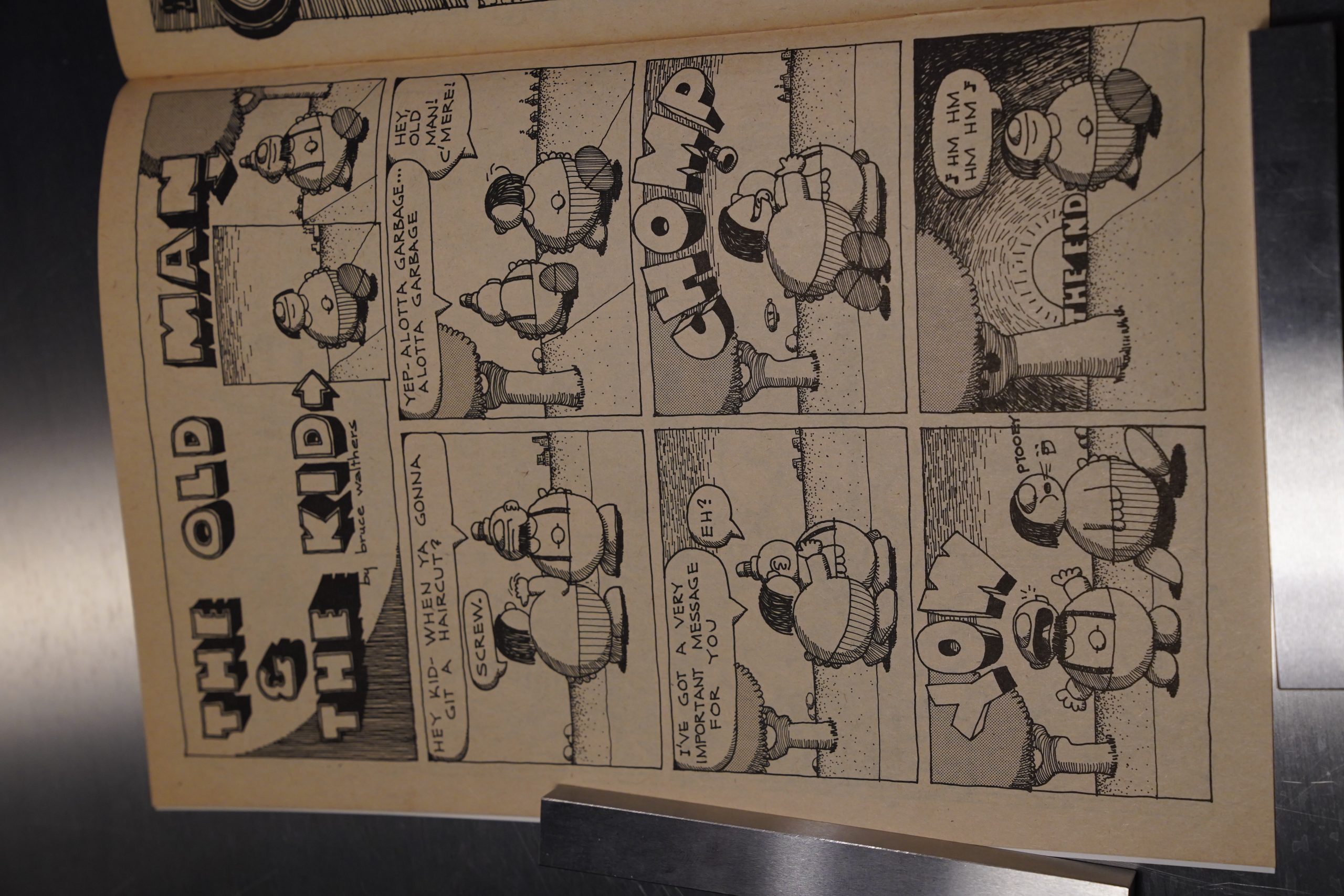 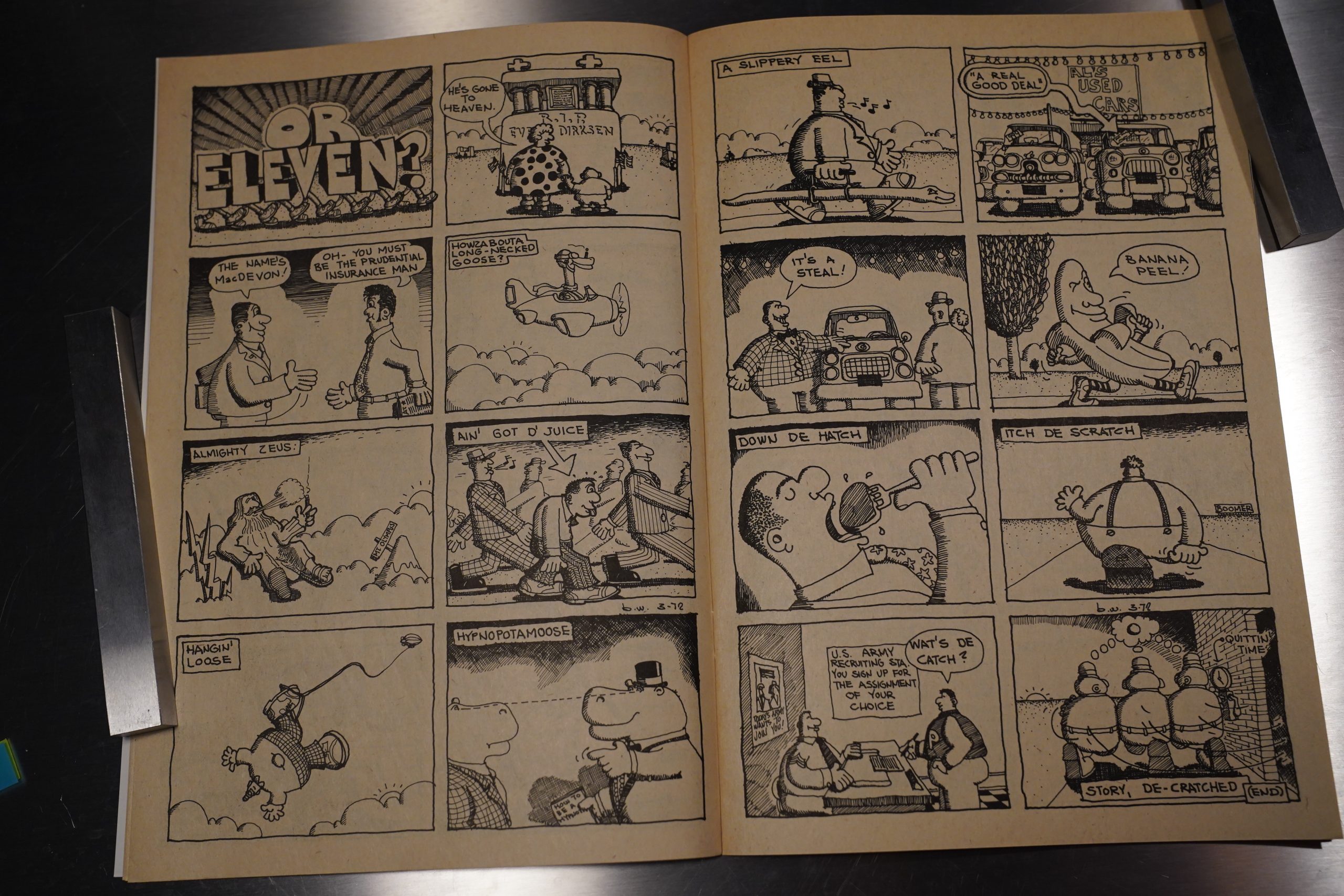 Things dissolve into nothingness all of the time, but in a pleasant way. 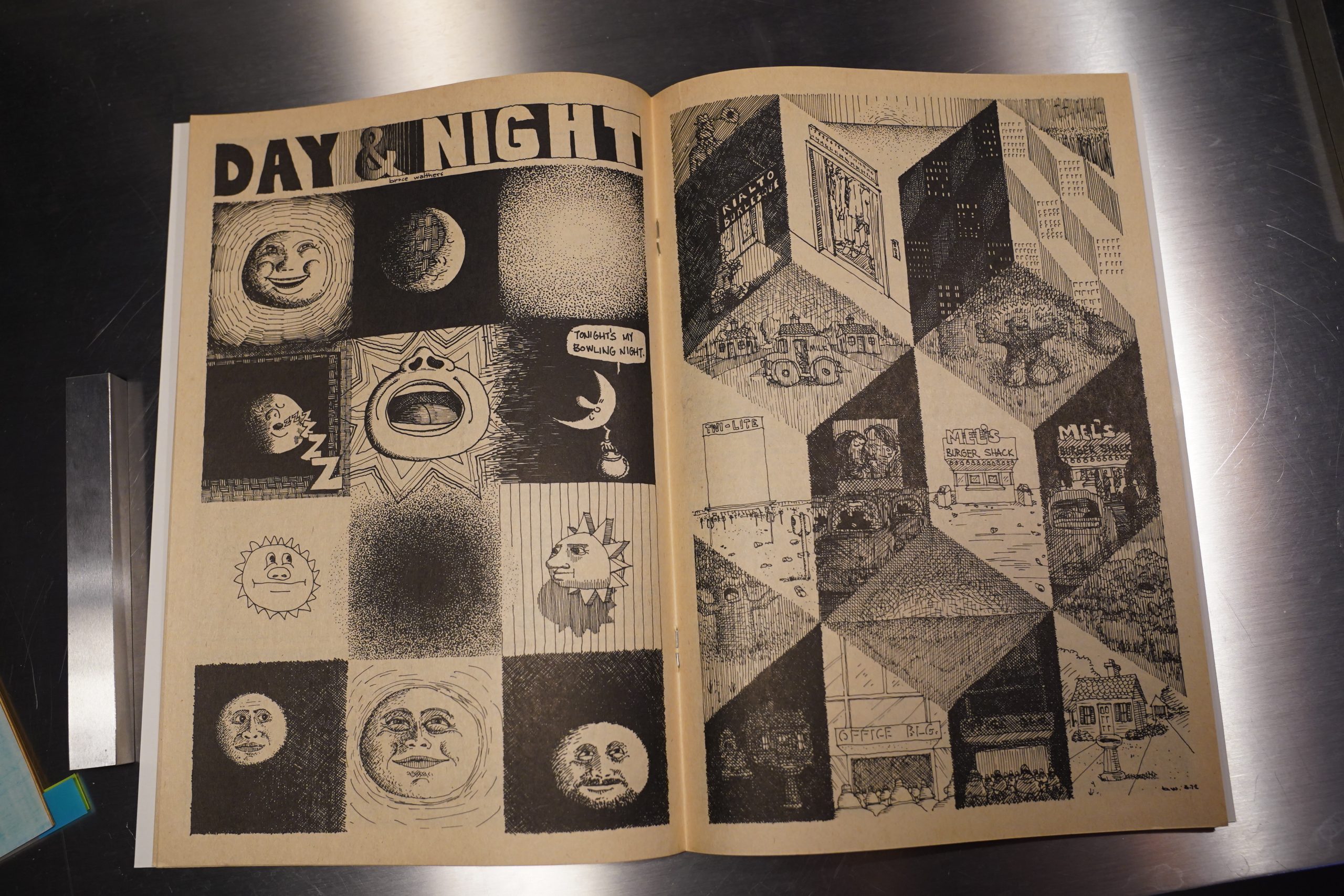 Whoa. I love that page on the right there. 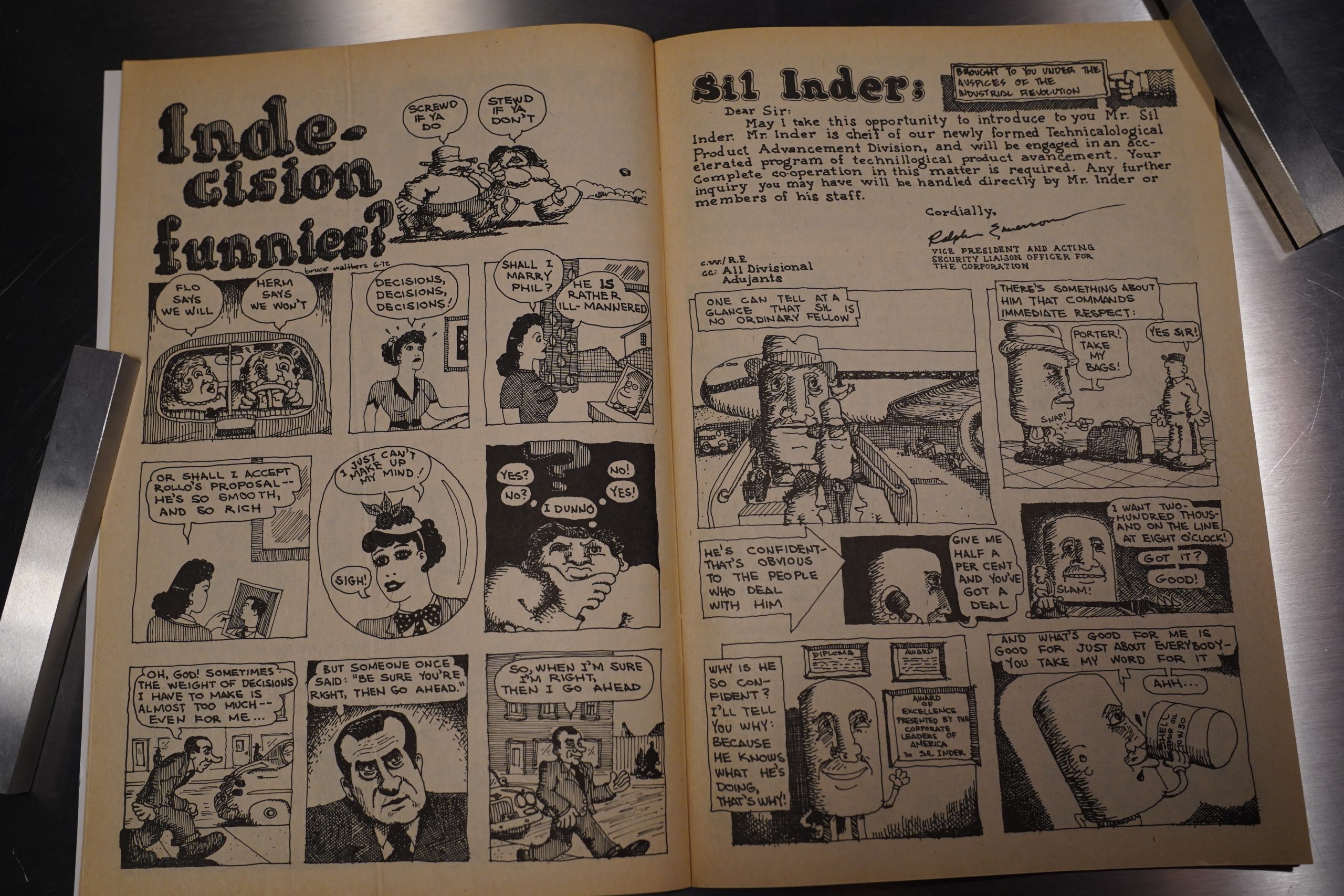 The second issue is quite different. The artwork looks more sketch like, and the stories are … er… more story like. 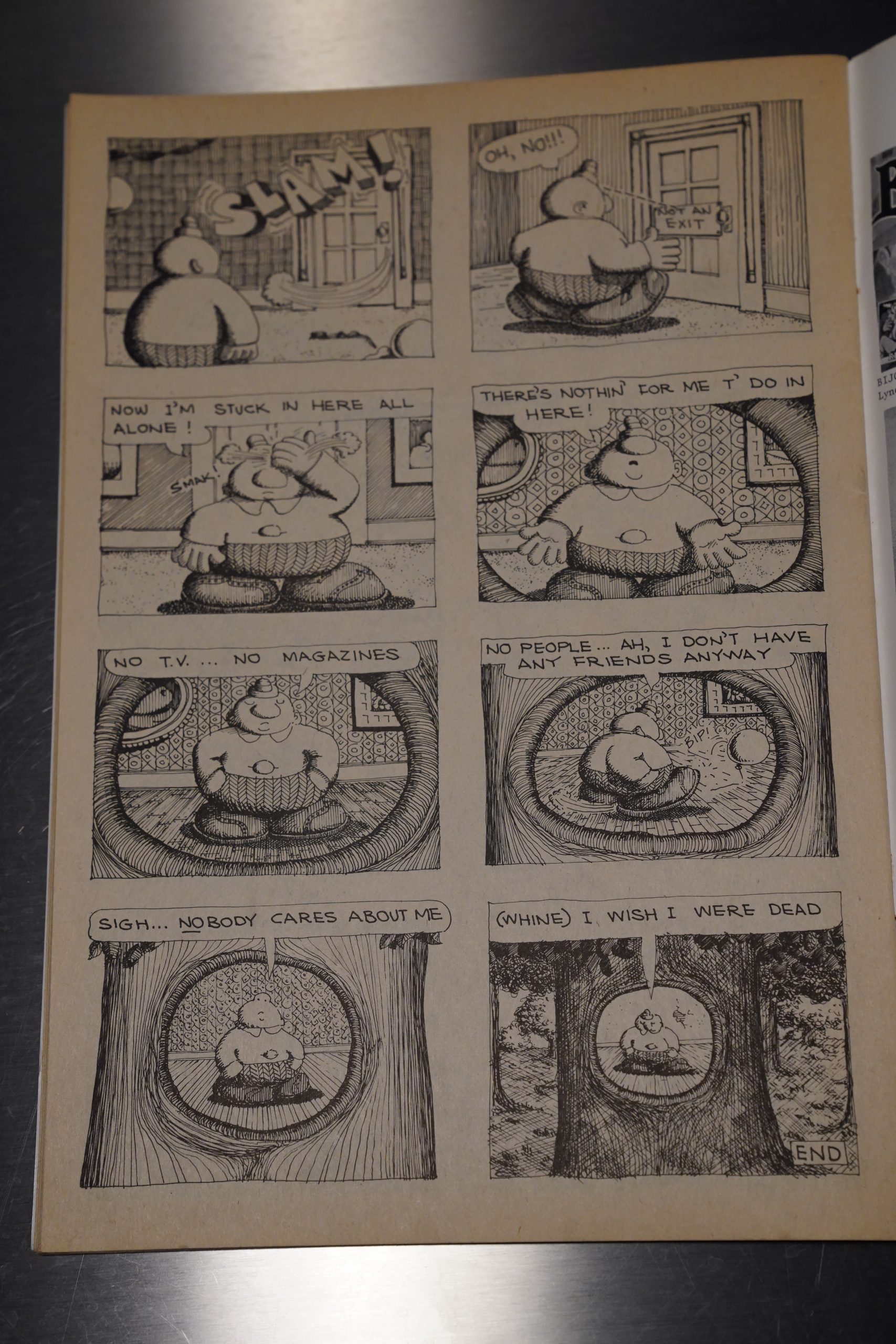 And we end on a bad trip.

Bruce Walthers was 51 years old and the president of a corporation when he produced this one-man comic book for Kitchen Sink Enterprises.

Walthers was a competent comic artist, but with one exception most of the strips here are quietly conventional and sometimes vacuous.

This is the sixteenth post in the Entire Kitchen Sink blog series.