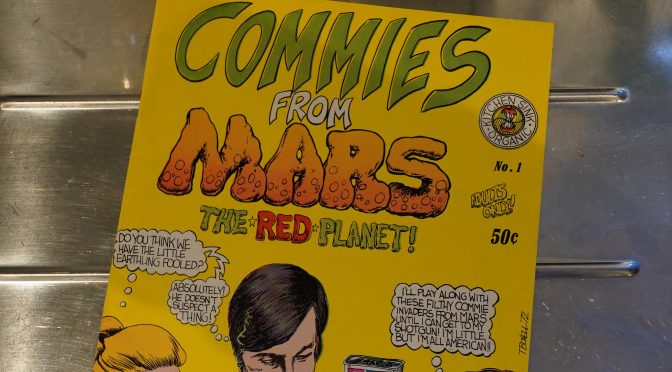 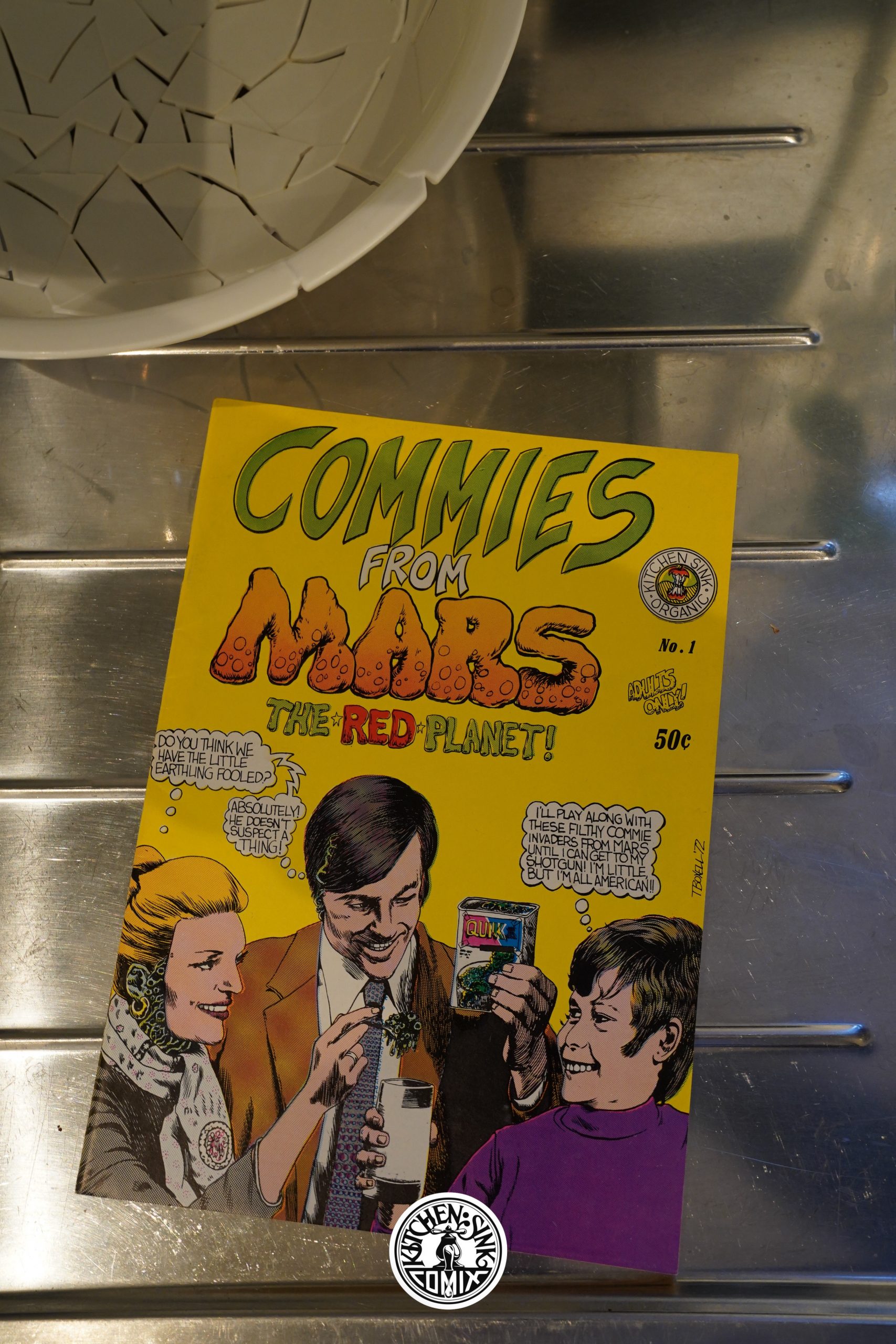 This anthology sounds like it’s going to be pretty high concept? I mean: Commies From Mars, The Red Planet! sounds like… something. 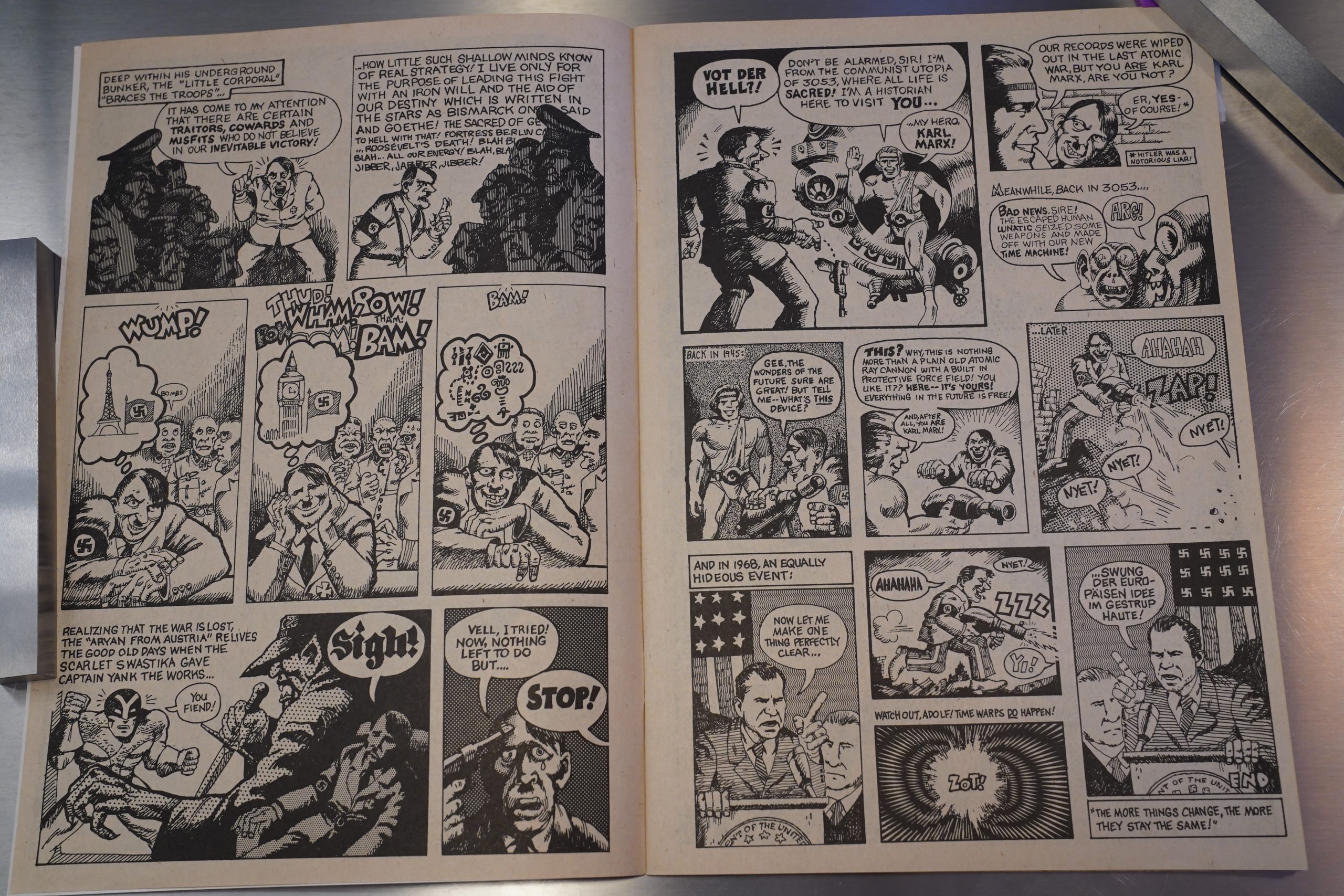 But, no — it’s just the most random thing ever. We start off with a Hitler/time travel goof by Steve Stiles (but drawn in a style that’s sloppier than his usual style)… 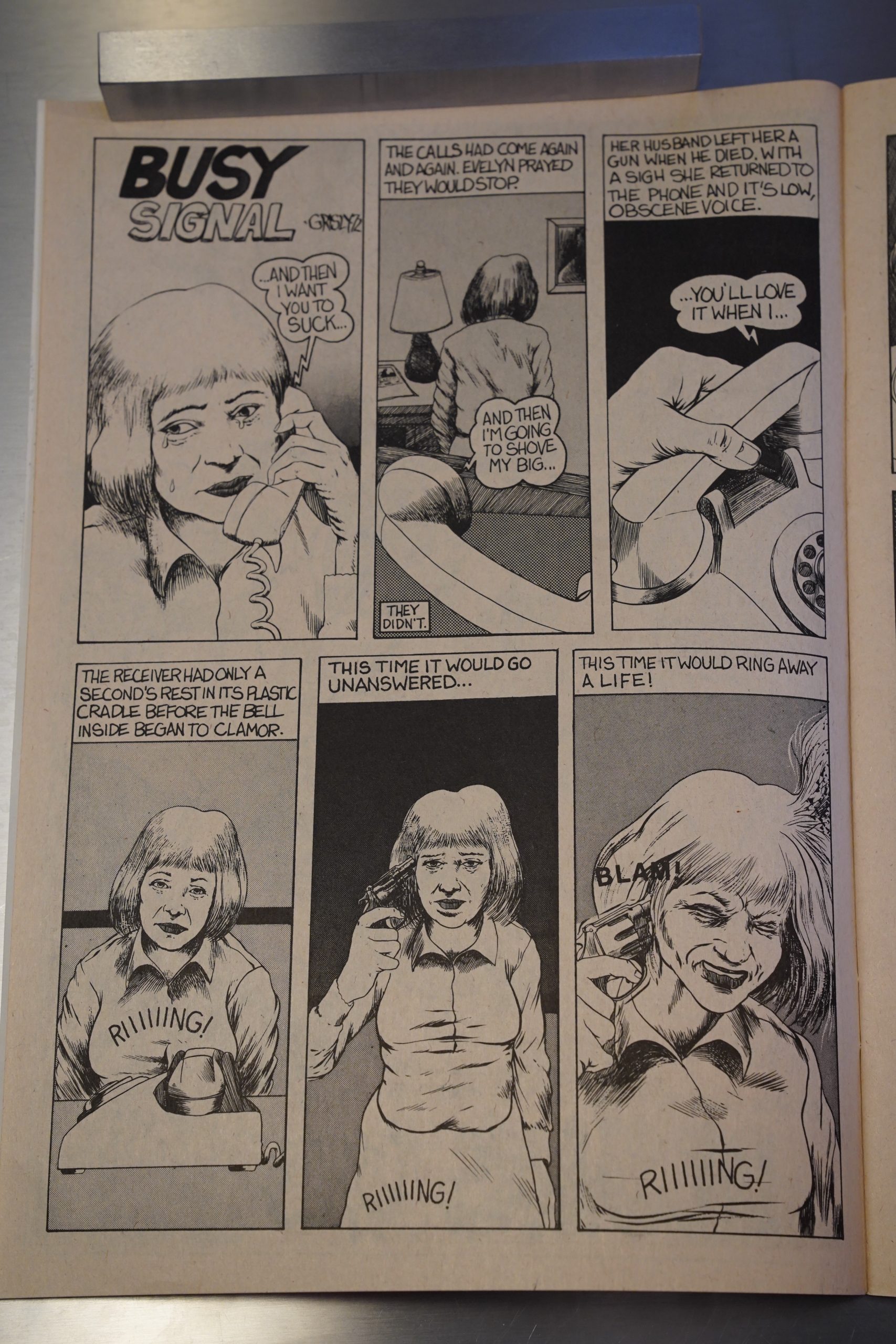 … and then a pretty horrifying horror story by Tim Boxell. (With the normal O. Henry ending.) 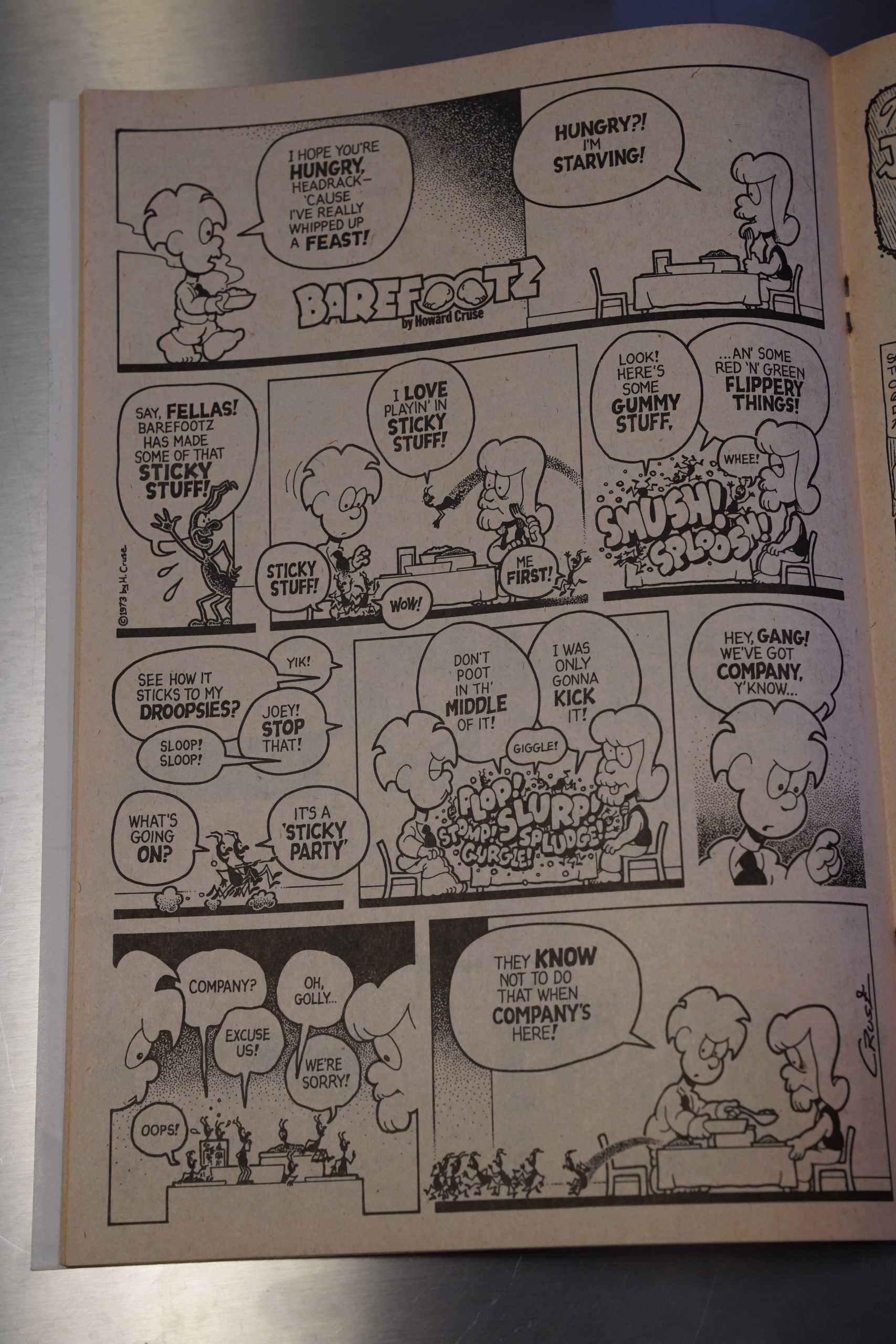 And then… Barefootz by Howard Cruse? What? (In addition to this one pager, we get a longer Barefootz epic, taking about a third of the issue.) 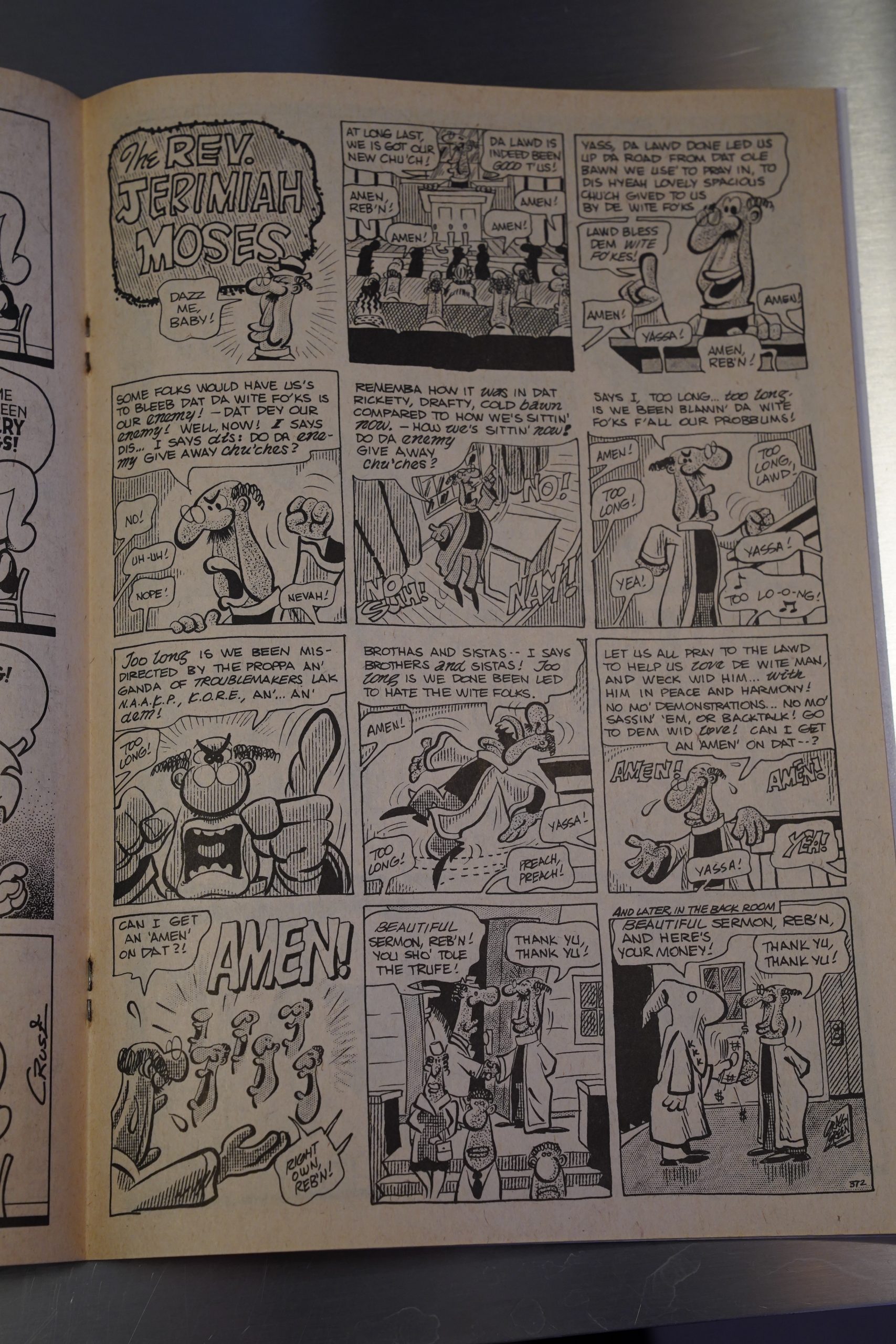 And Grass Green drops by with a story that explains the connection between preachers and the KKK.

It’s… the most confusing anthology I’ve ever read. But the Barefootz story was good, at least.

Five years later, Last Gasp continued publication of the anthology, and I seem to remember it becoming more true to the title. That is, it was more of a sci-fi/horror thing? But I may be misremembering; it’s been many decades since I read those issues (and I may not have read them all).

Commies from Mars #1 is a very amusing read. But the series really begins to assume a much more remarkable personality with the second issue.

This is the twenty-fourth post in the Entire Kitchen Sink blog series.