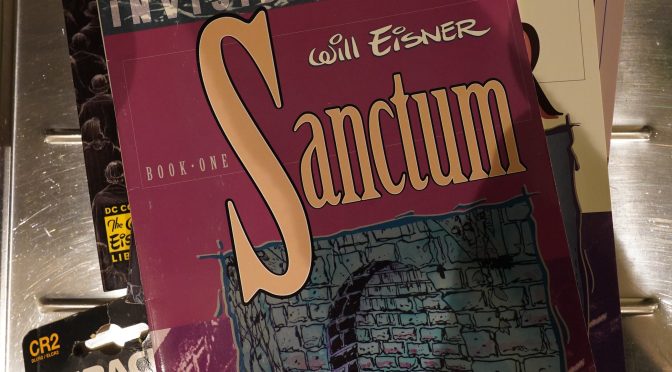 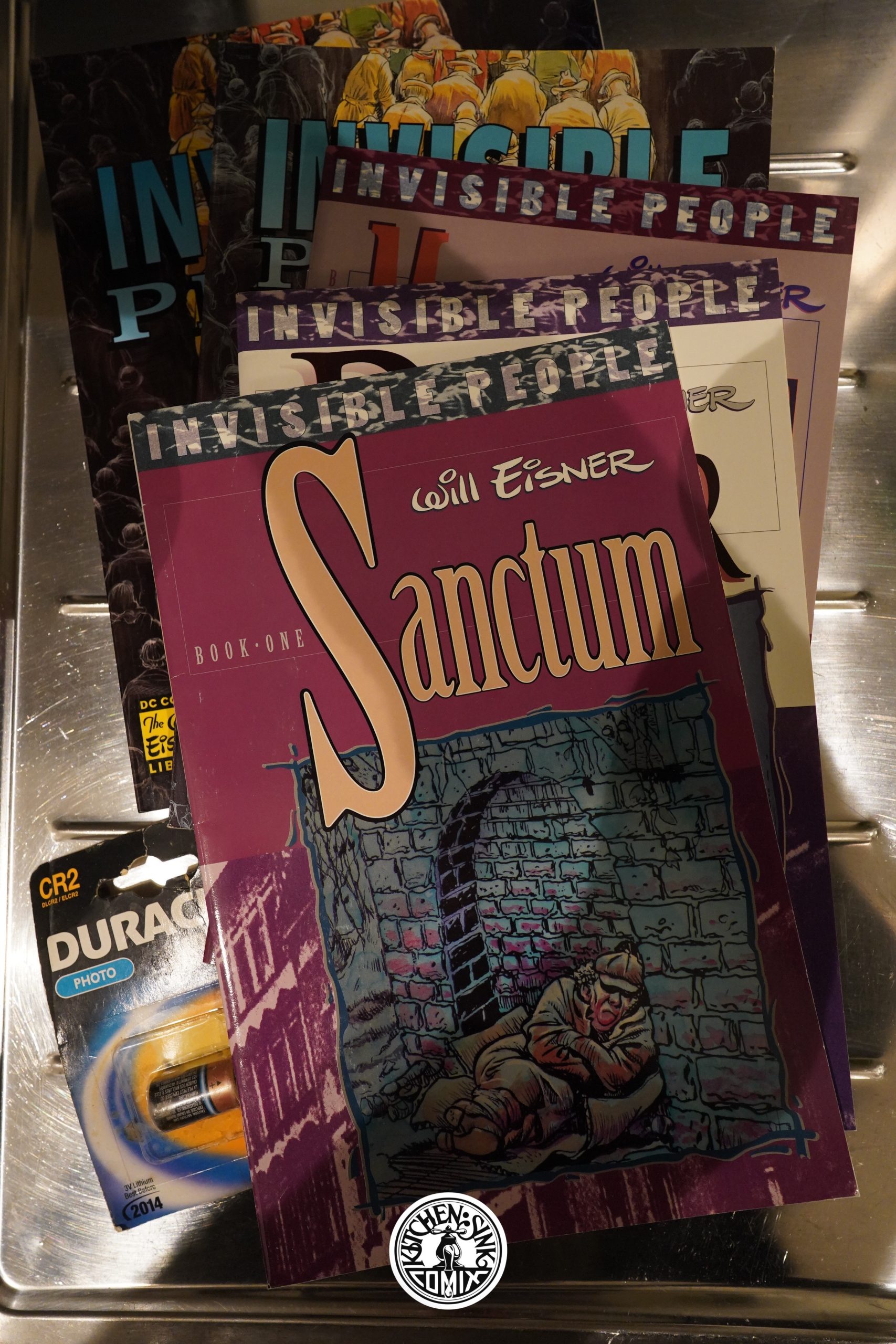 Perhaps because the cover design on the floppies is very different from the collected edition. (And very… desktop publishing? And not in a good way.) 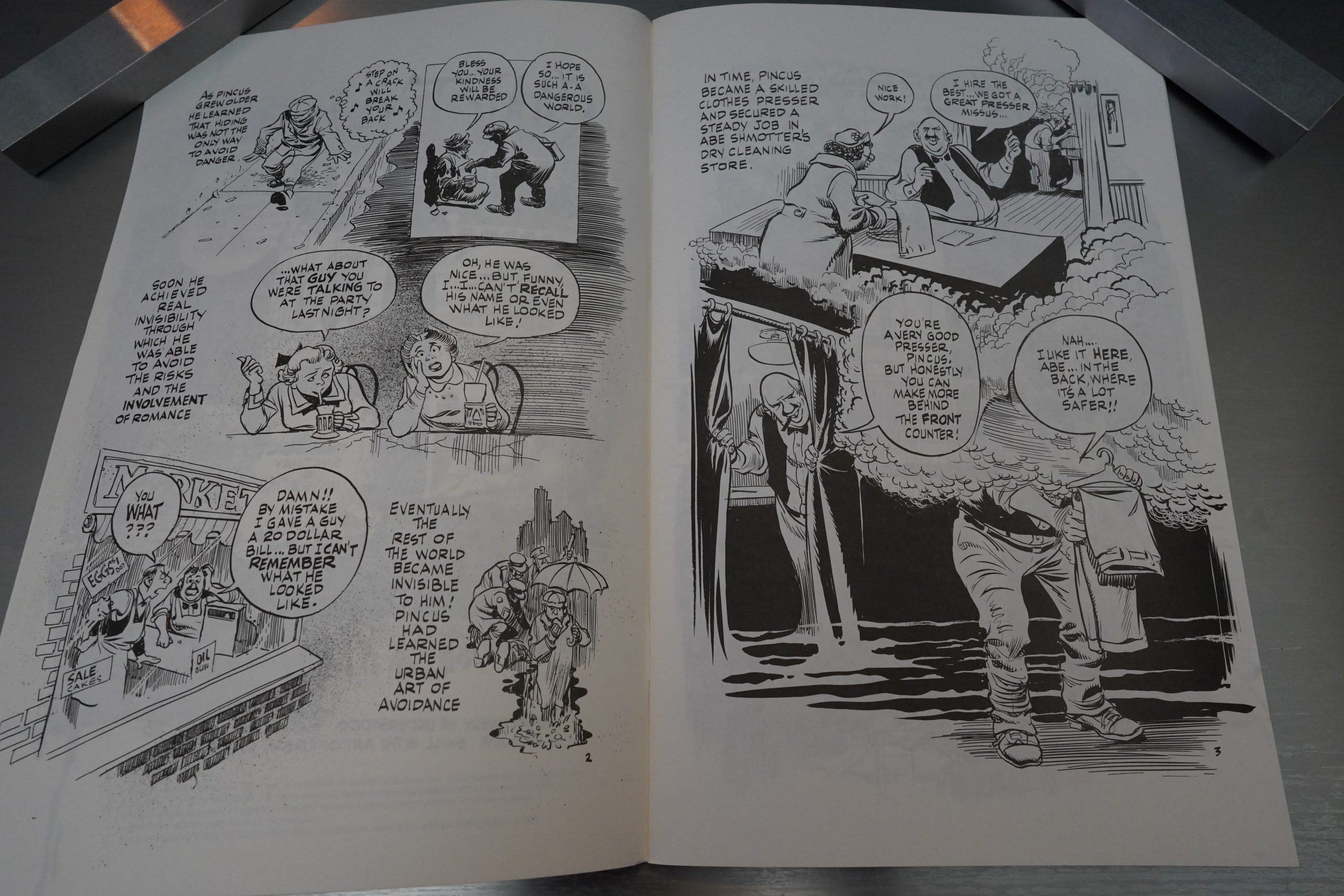 As usual with Eisner, he’s not doing a graphic novel here, but is instead doing three short stories that he tries to unify with an over-arching theme: This time it’s about “invisible people”. And the first story does indeed seem to want to make the lead character somewhat invisible. 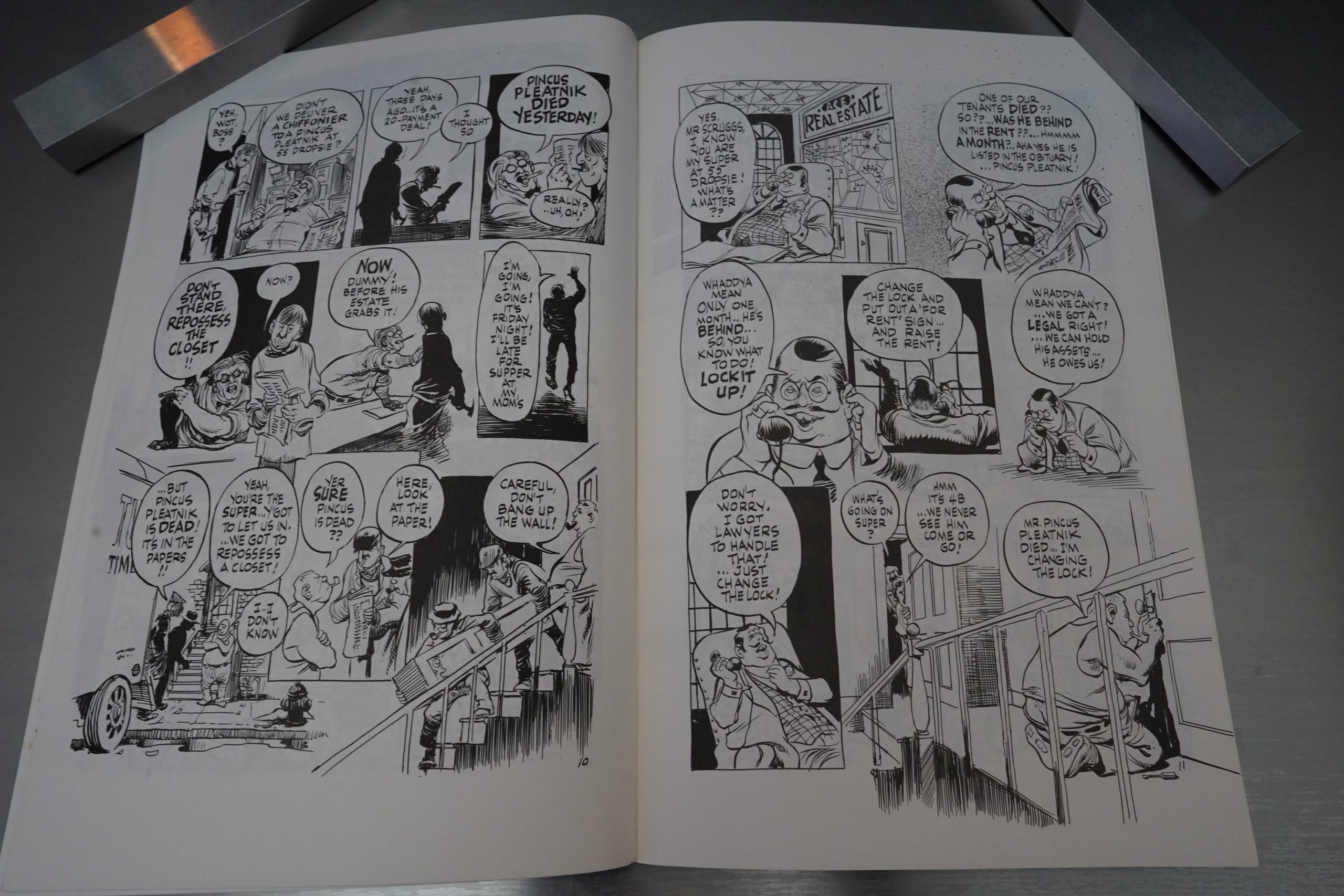 But then the story turns out to be the “mistaken obituary” stock story, which is a drag. It has the requisite “ironic” ending. 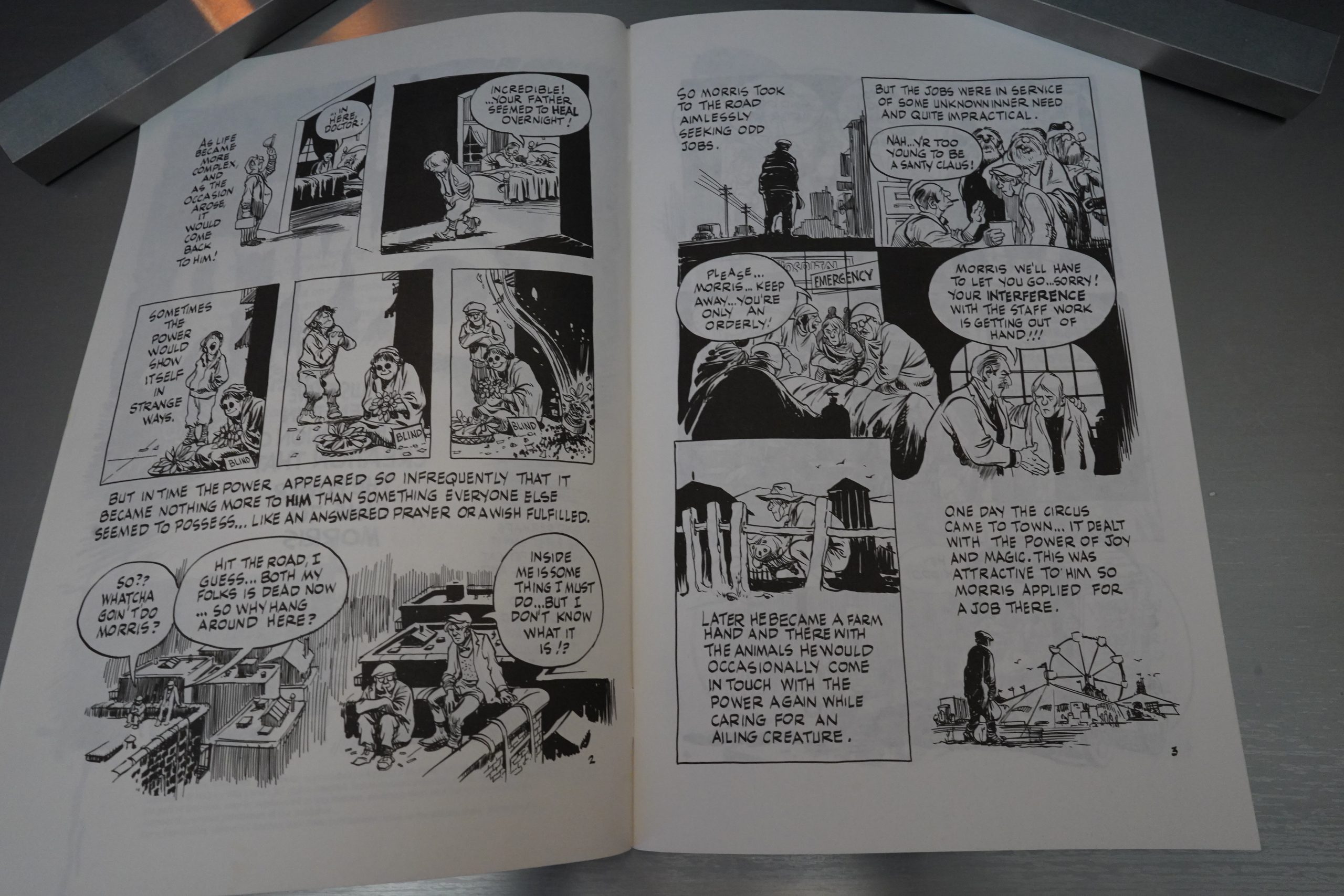 The second story is about a guy who has healing powers, but doesn’t realise it for a while, but I’m not sure how that makes him particularly invisible. 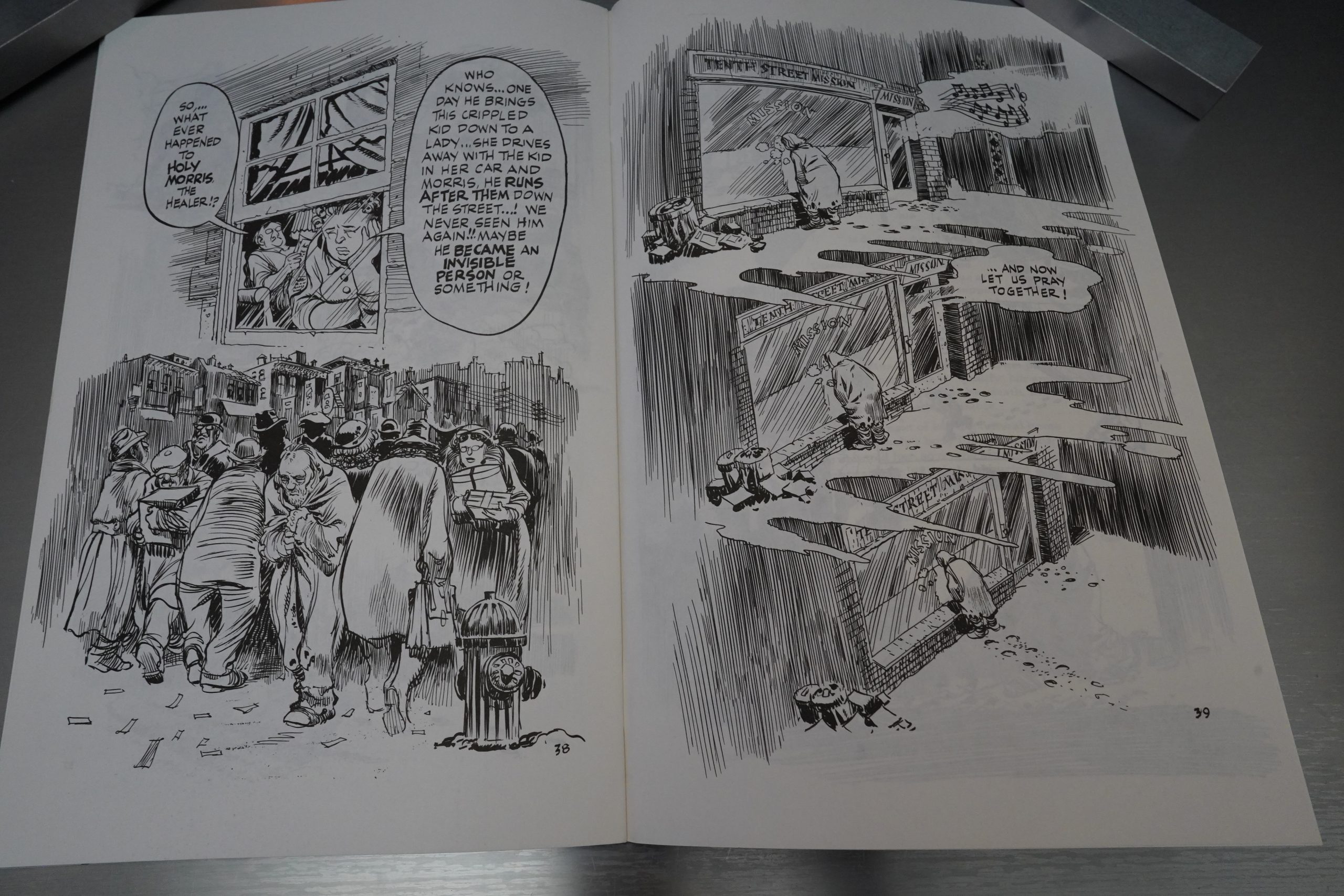 The ending is very “ironic”. And oh look, we have a character saying that he’s invisible, so I guess that ties things together… 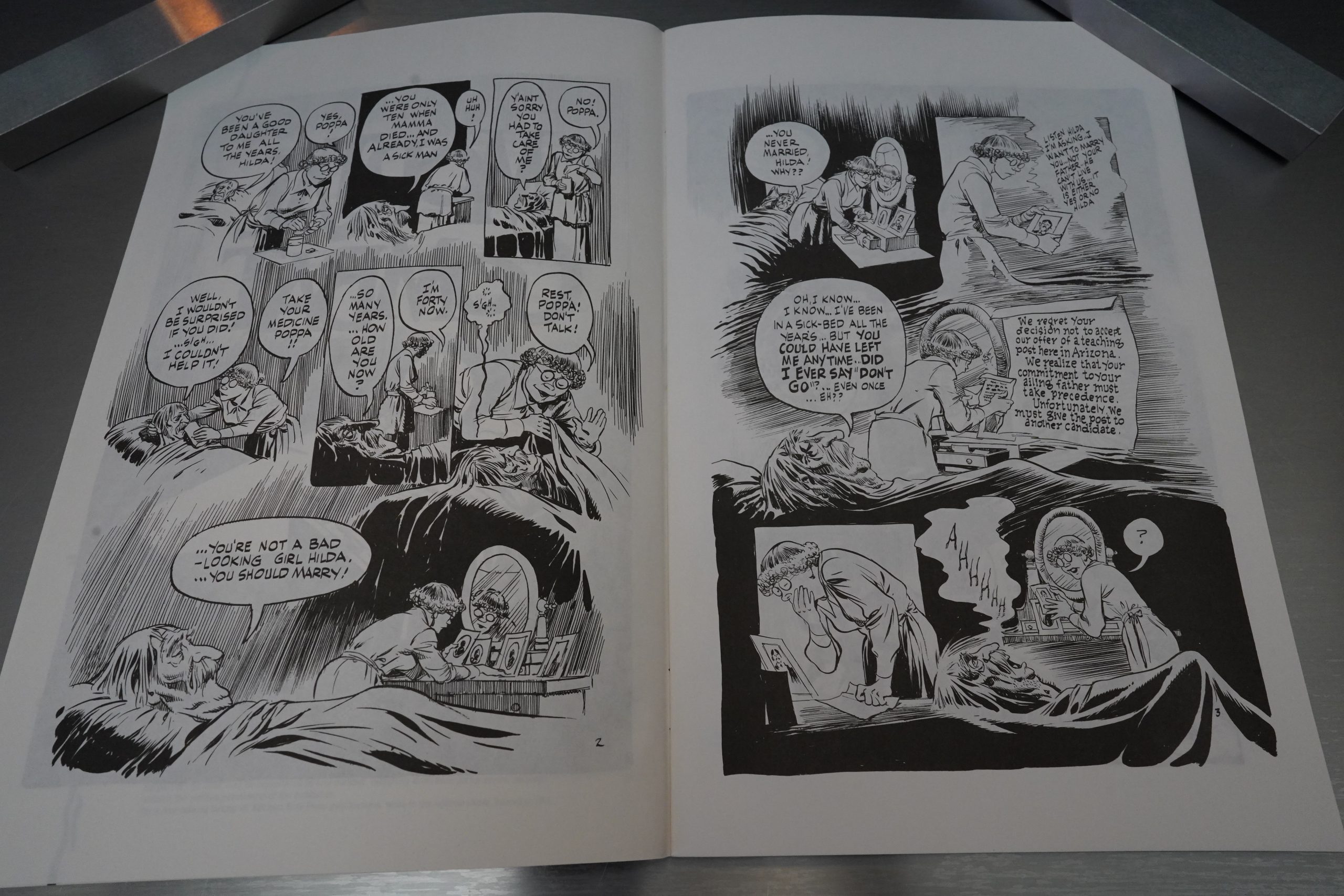 The final story starts off in a more interesting way, perhaps… 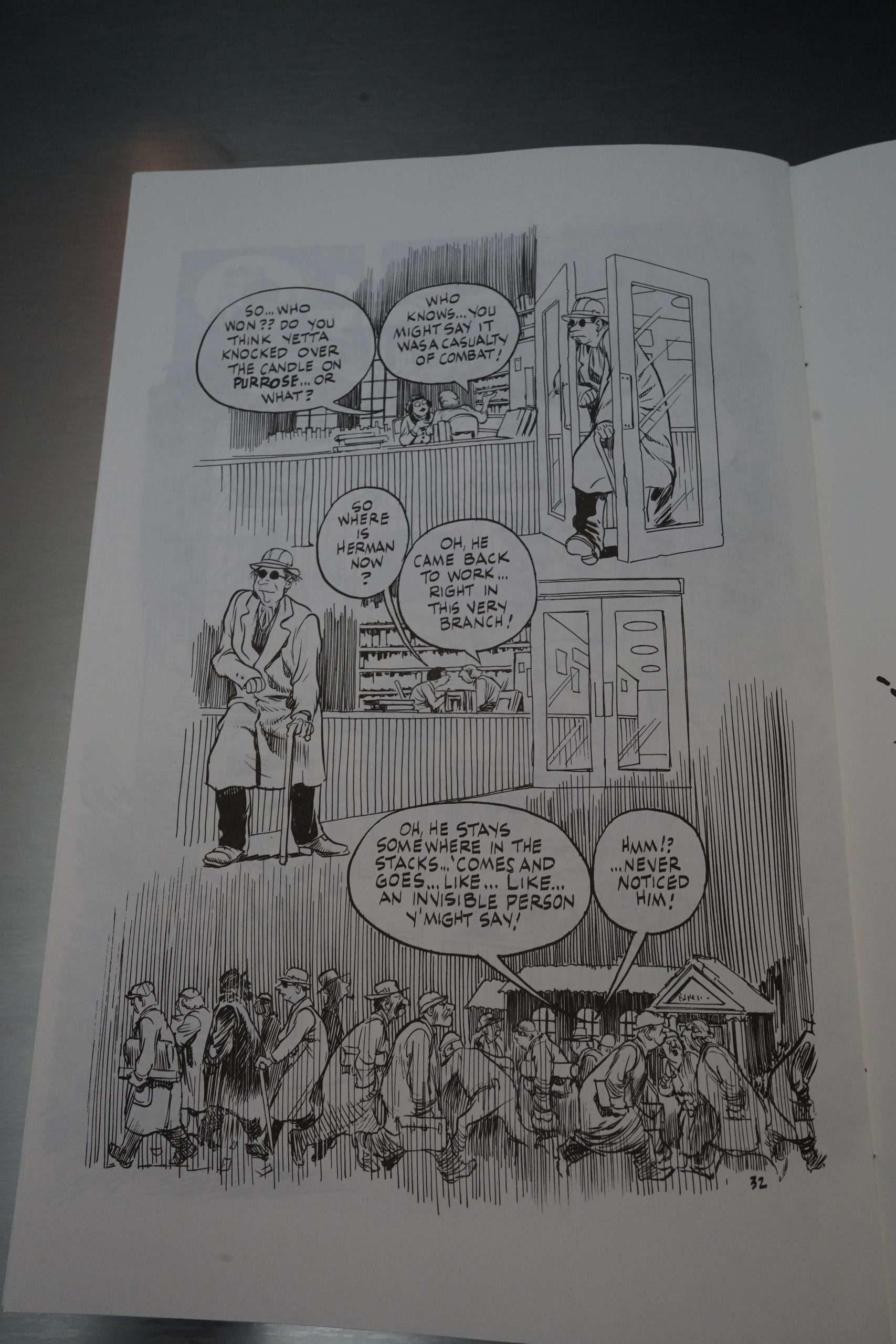 … but then it turns into a stock “mother fights with (prospective) daughter-in-law” story. (With a really ironic ending.) And look! Somebody’s invisible at the end!

It’s not that these are awful stories — they’re standard, maudlin 30s set pieces, and Eisner does those pretty well — but the damage comes from Eisner trying to shoe-horn the stories into a grander narrative by simply having people mentioning the word “invisible” here and there, and that makes them rather risible.

Will Eisner’s latest effr-t is dedicated to Carolyn
boly. a Florida woman who despaired of receiving
medical aid from her community support system
because her application for assistance had been lost
in a computer glitch. Disabled, impoverished, and
alone. she ultimately hanged herself. weeks later,
the system finally came through with her funds. In
Invisible People, Eisner explores “the identity of the
individual in a crowded, im1Ersonal world,” one who
too often gets lost in the shuffle.
Invisible people is made up of three books, each
of which is a complete story by itself but also con-
tributes to the overall therne. The first tmk, Sanctum,
represents the best effort. In this story, the protagonist
loses his identity, his job, his home, and ultimately
his life as an ironic result Of his self-isolation from
the world. The second book of the series. The power,
doesn’t work quite as well, in part because the theme
appears to be too grand in scale to be easily accom-
modated by a 40-page format. However, the story is
quite an engaging tale of a man who strives for
recognition through the power of healing but who
slides back into invisibility when his faith in himself
fails. The final book, Mortal Combat, returns to a
simpler theme — the conflict between a pssessive
mother and a lonely girlfriend who each struggle to
control a life.
Each of the three stories shows us a worst-case
scenario of the loneliness and desperation of city-
dwellers and at times, Eisner does seem to push the
limits of believability. However, Eisner’s art and page
layout are well-rendered and overall, Invisible peo-
ple makes for a good read.

The fourth
most nominated cartoonist was another surprise:
comics grandmaster Will Eisner. The Kitchen
Sink-published series Invisible People — the
first of Eisner’s post-Spirit work to be released
in a comic book format — netted Eisner four
nominations, including “Best Cartoonist” and
“Best Continuing or Limited Series.”

Final Verdict: 9.5 – “Invisible People” is a gut punch. A call to reach out to others and make connections, not only for their benefit but for yours, too.

This is the one hundred and thirty-ninth post in the Entire Kitchen Sink blog series.