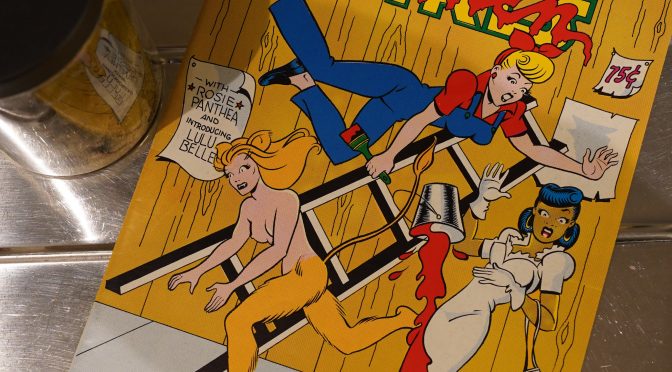 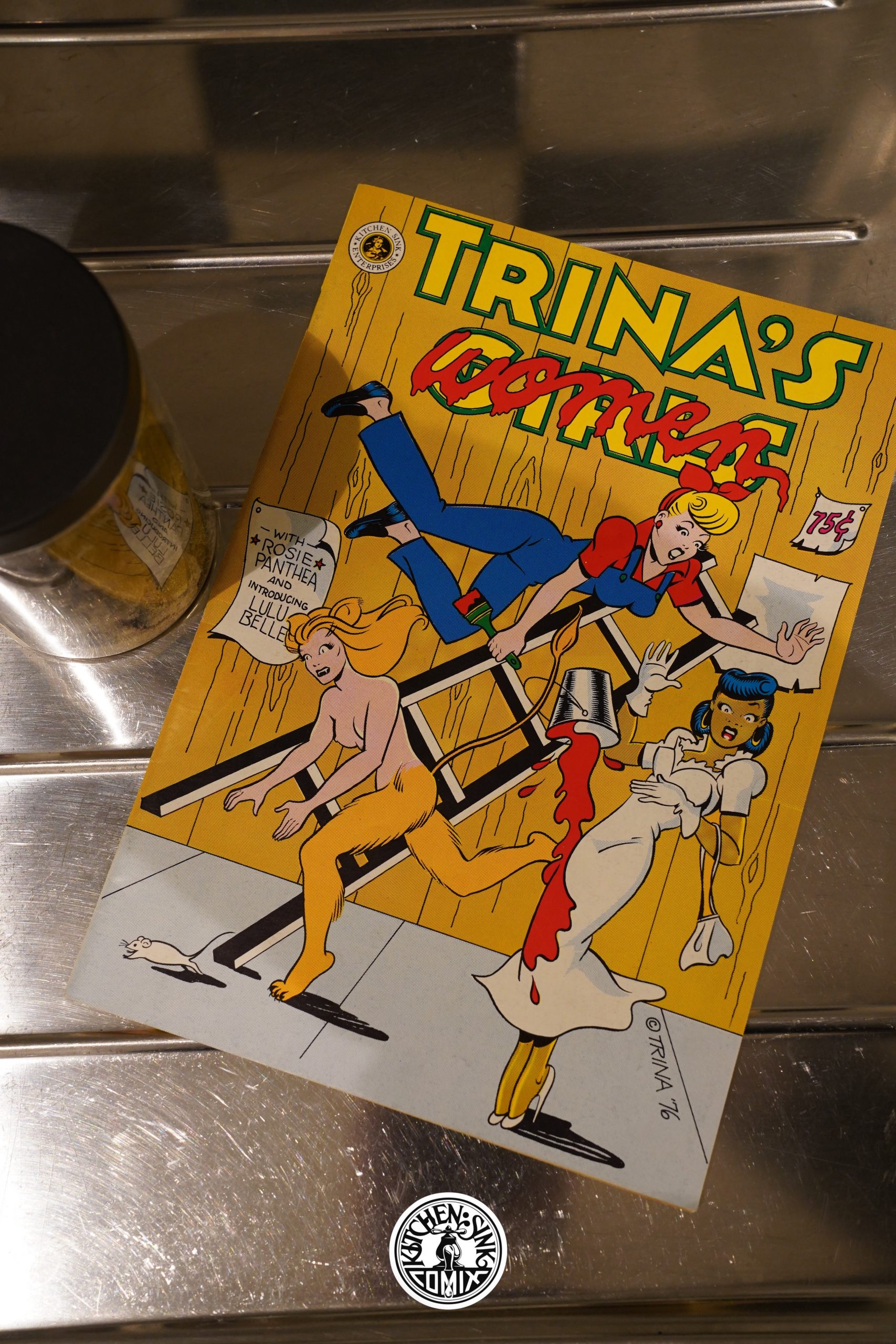 Trina Robbins had been published in a lot of anthologies by this time, but I think this is her first solo title? So I was expecting Robbins to do something more ambitious with this book, but it reads like odd and ends meant for other anthologies (or reprints from newspaper strips)? 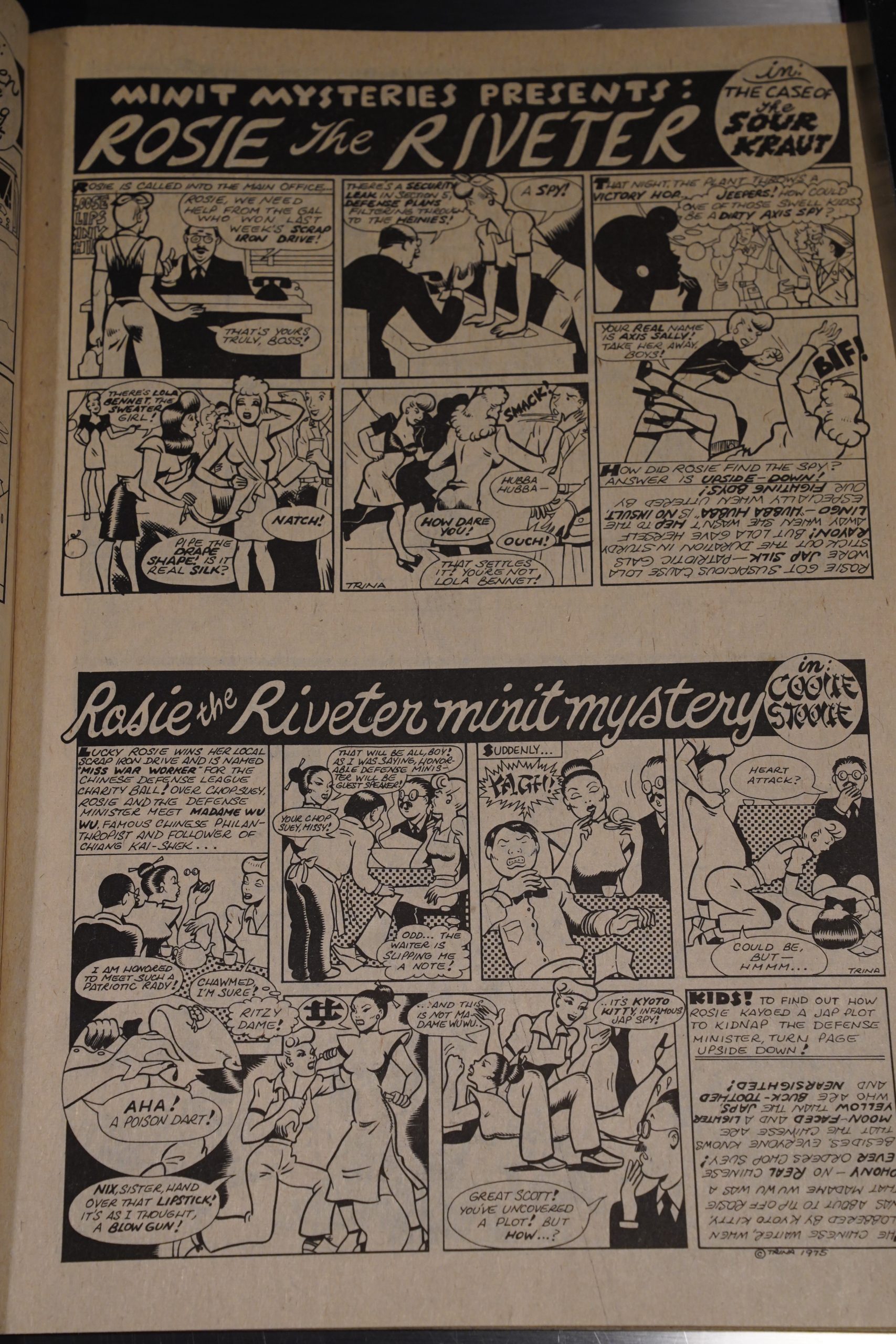 We start off with a number of Rosie the Riveter strips in various formats, like a couple of minute mysteries… 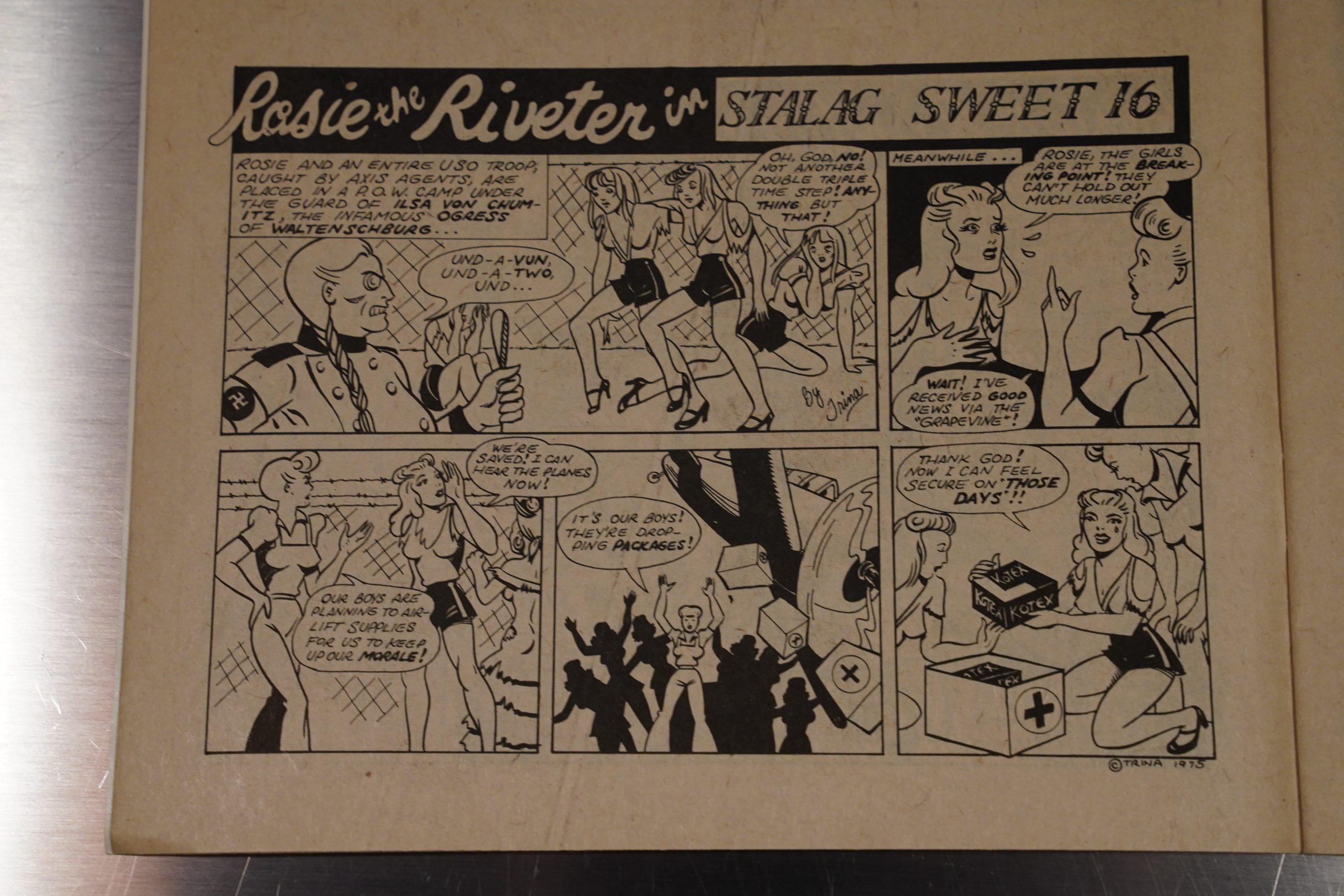 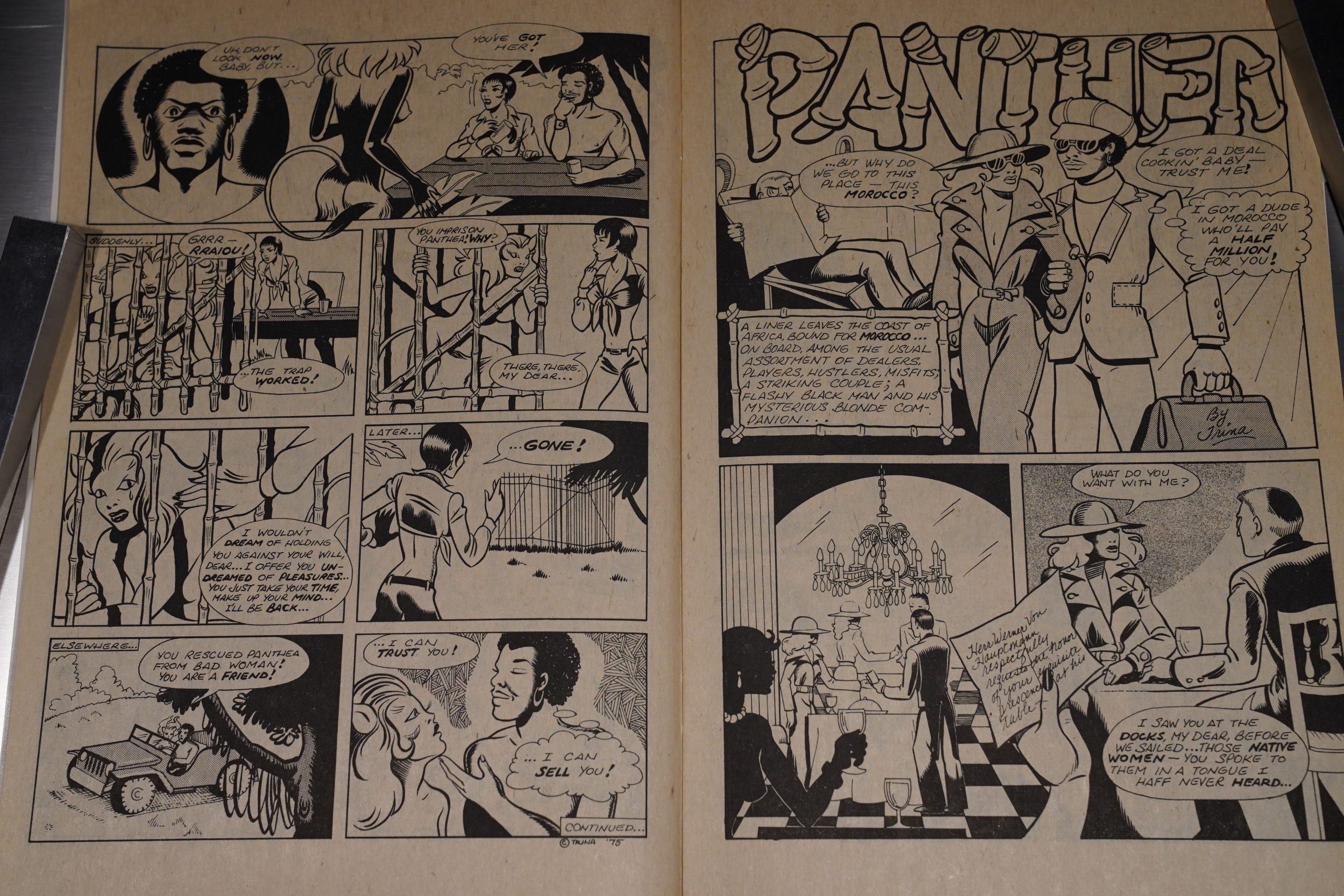 But the main part of the book is a story about a half human, half lion hero called Panthera. This is presented in four page chapters, though, so it’s a pretty choppy read.

Hm… Oh! Panthea ran as a serial in Comix Book, but that was cancelled after three issues (and three installments), so perhaps the impetus behind this book was just to publish the complete Panthea story? (But then Kitchen got the rights to publish the final Comix Book issues, so the complete serial was available anyway…) 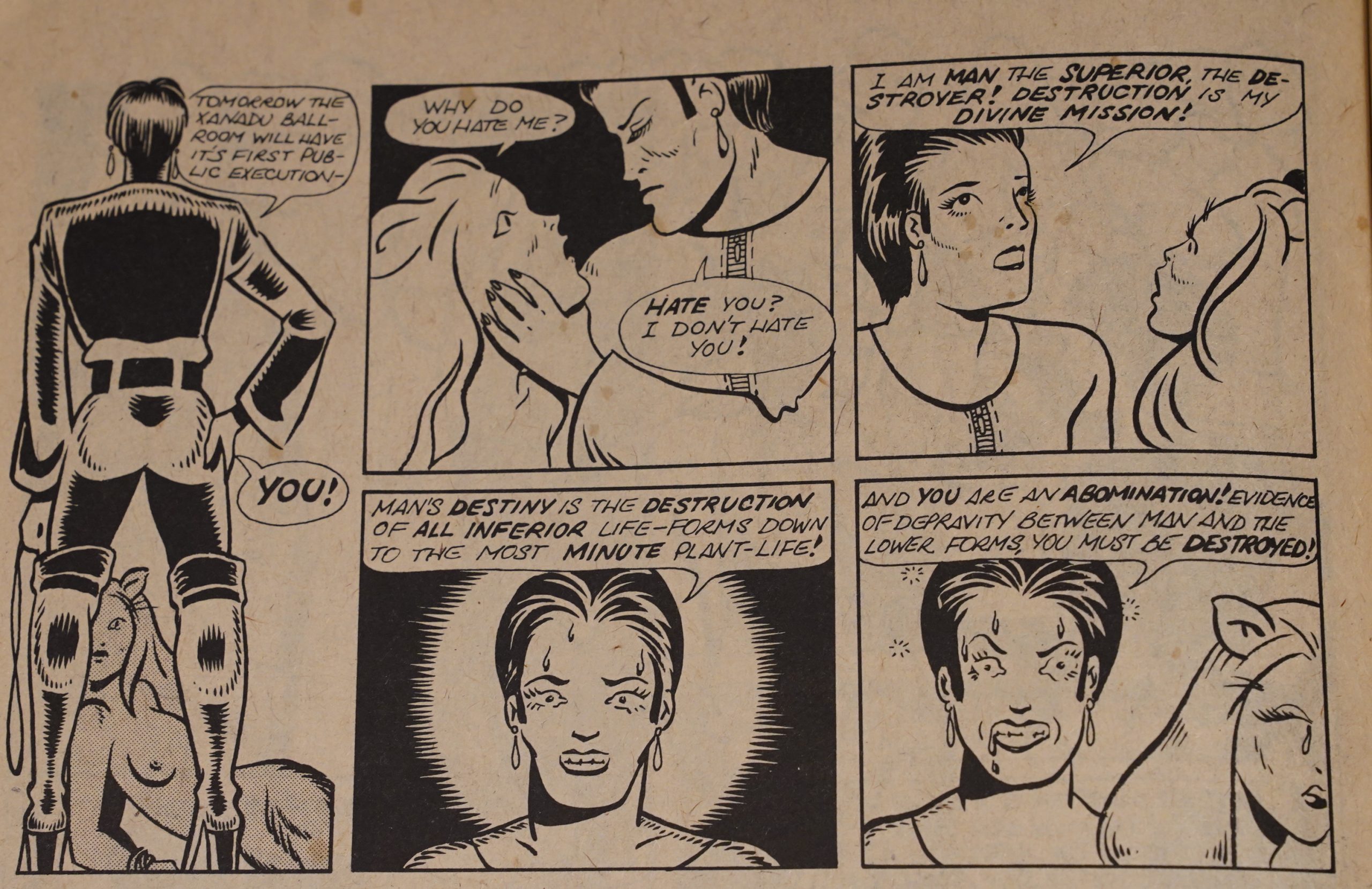 It’s fun, though, and Robbins plays around more with the artwork than she usually does.

As a story, it doesn’t really… hold up? 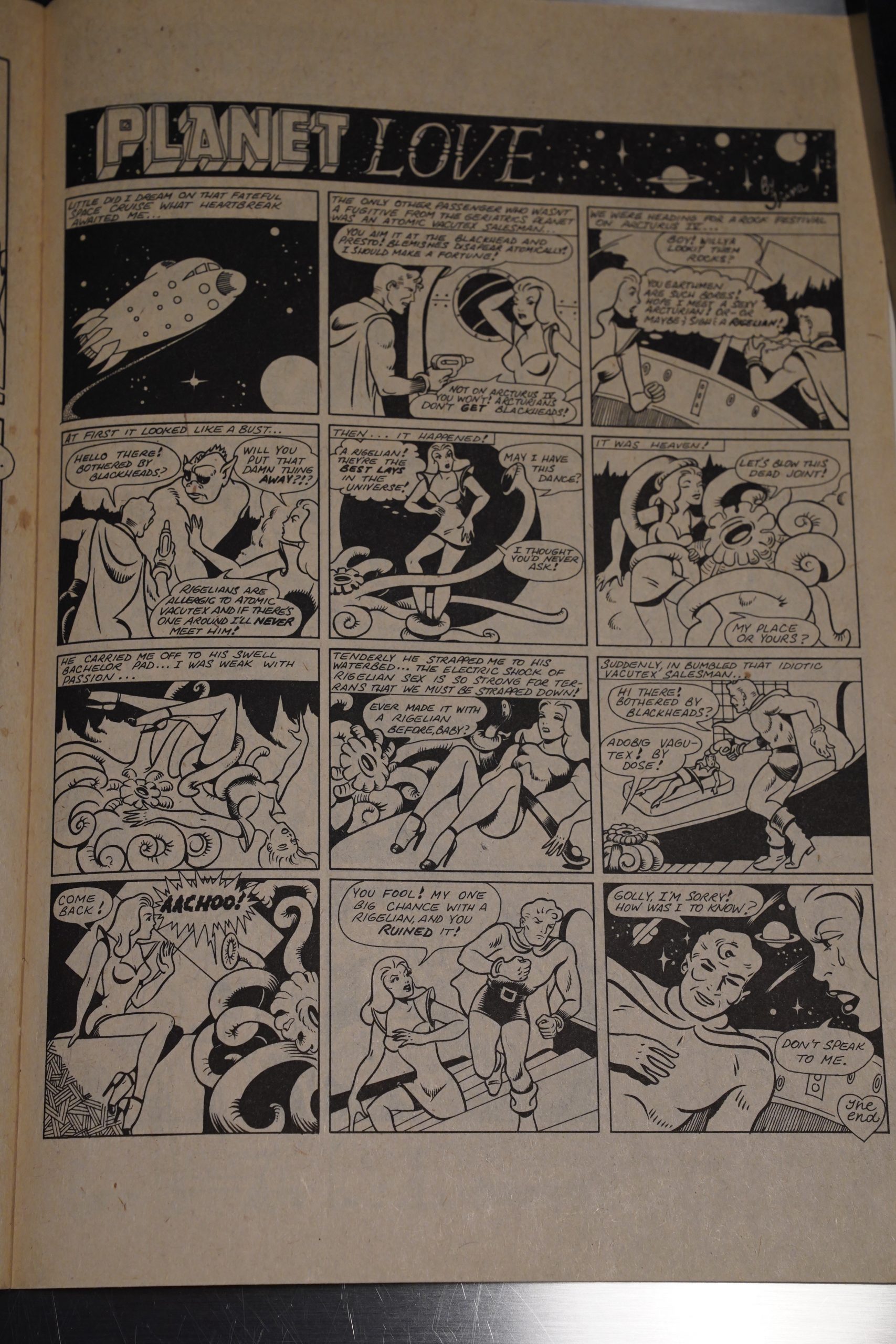 And then we get a bunch of odds and ends. 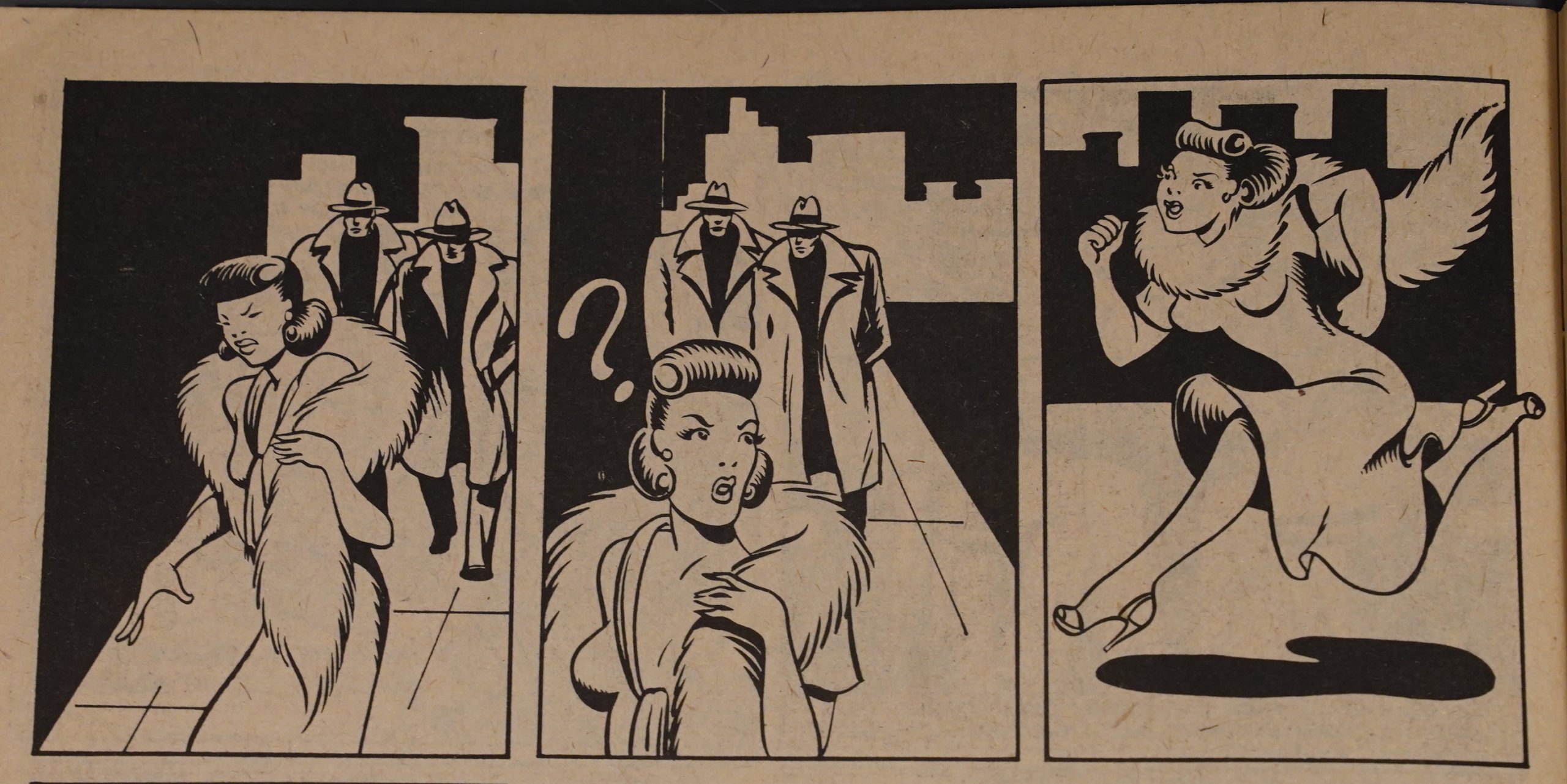 While it’s fun getting a Trina Robbins solo book, it all just feels so unambitious. Like if Kitchen called her up and asked whether she had some unused pages? As a book, it’s incoherent, and doesn’t really work as a single author anthology, either.

But I mean — individually, these pieces are fine. It’s just not a very satisfying read altogether.

This is the thirty-first post in the Entire Kitchen Sink blog series.