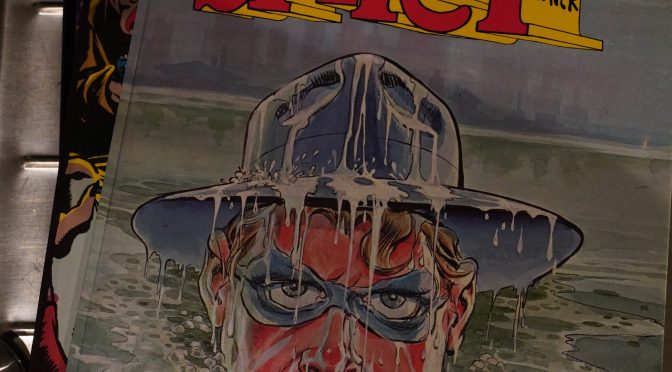 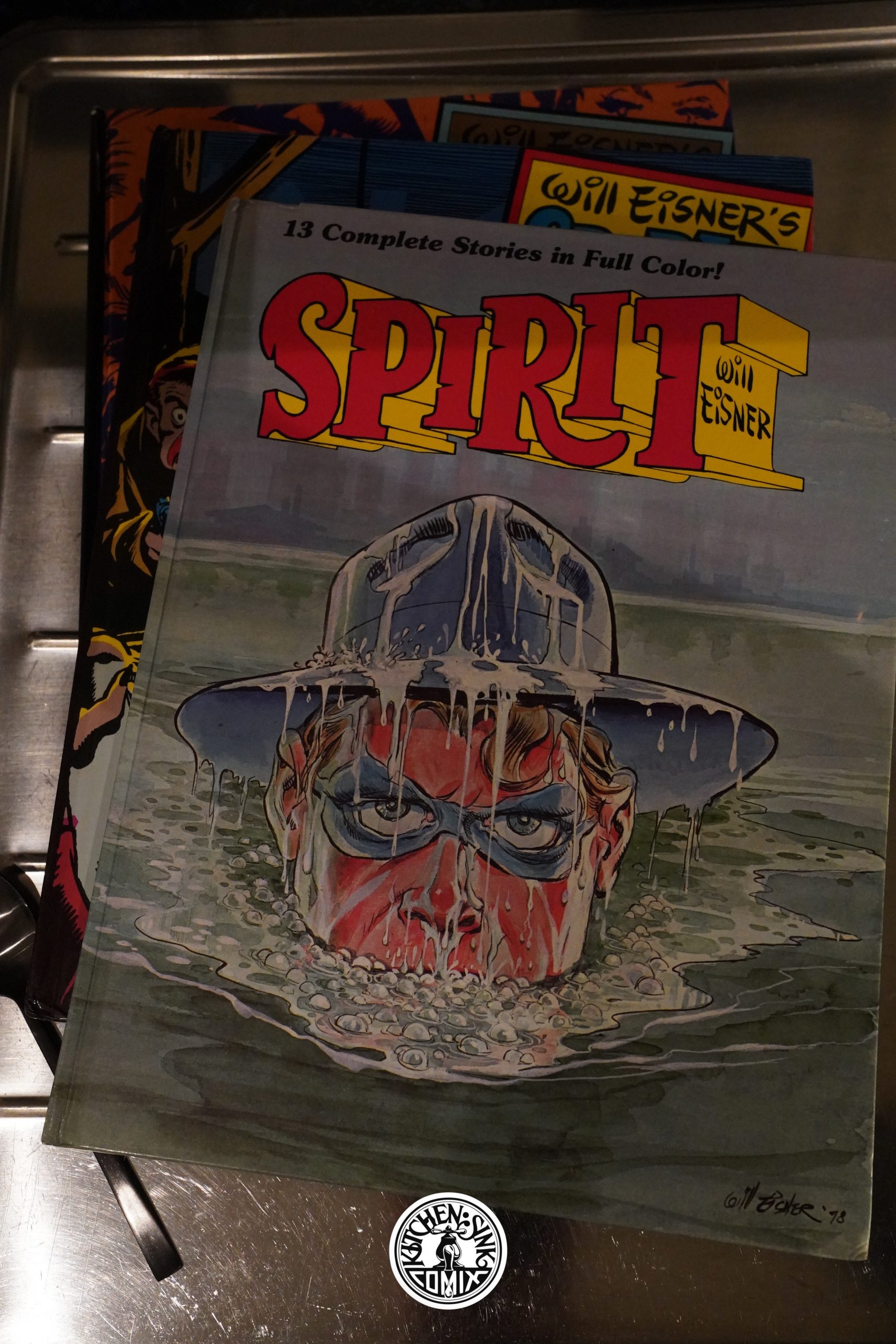 The Spirit magazine Kitchen Sink was publishing at the time also dabbled in printing some Spirit stories in colour, but to pretty horrific results — they looked horrible. So Kitchen took another stab at it with this album series, printed in Belgium. 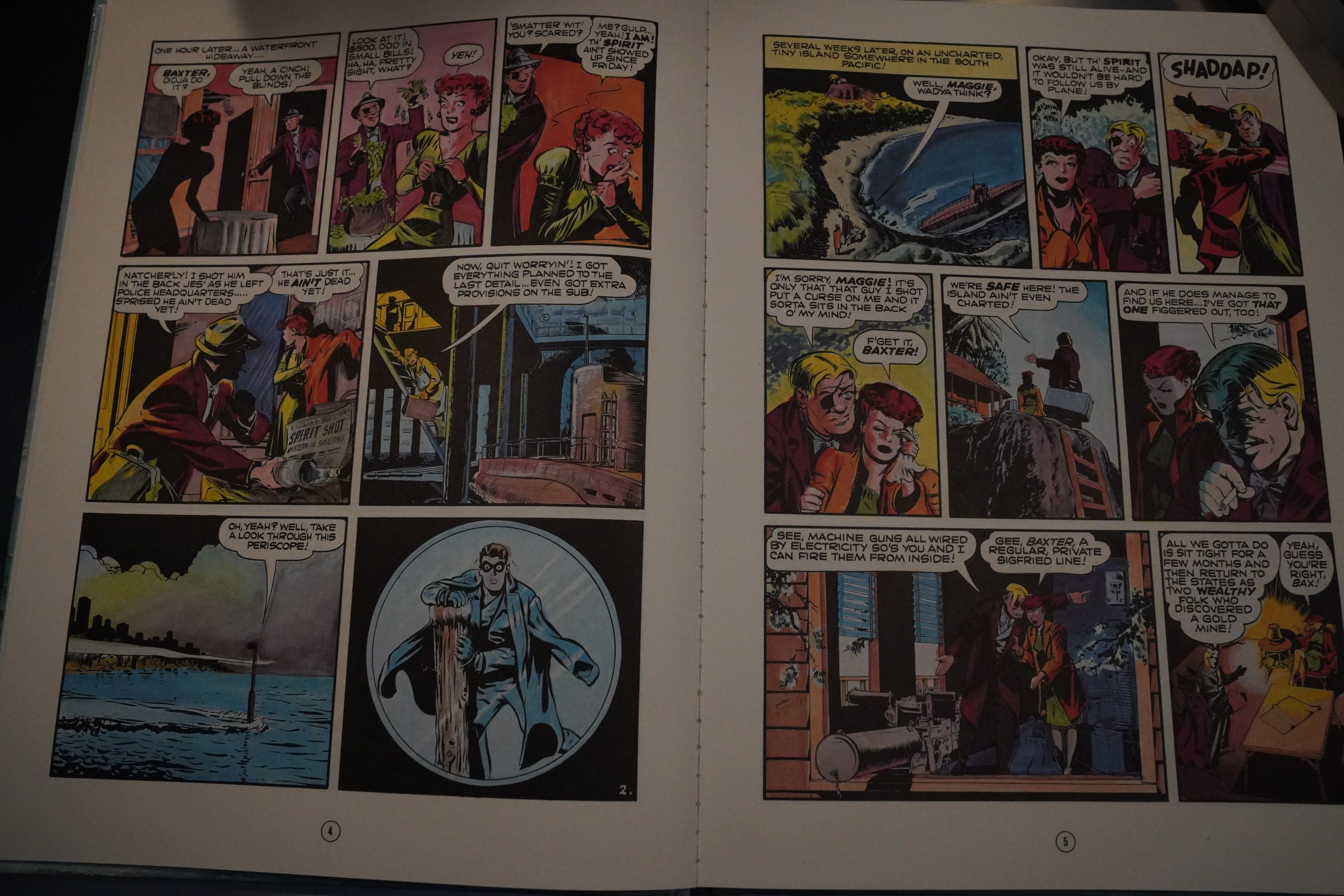 And these have been thoroughly recoloured (the credits doesn’t say who, so I’m guessing either Eisner himself, or Pete Poplaski, or some unknown Belgians)? It generally looks pretty good, but the colourists have gone a bit overboard with their watercolours. 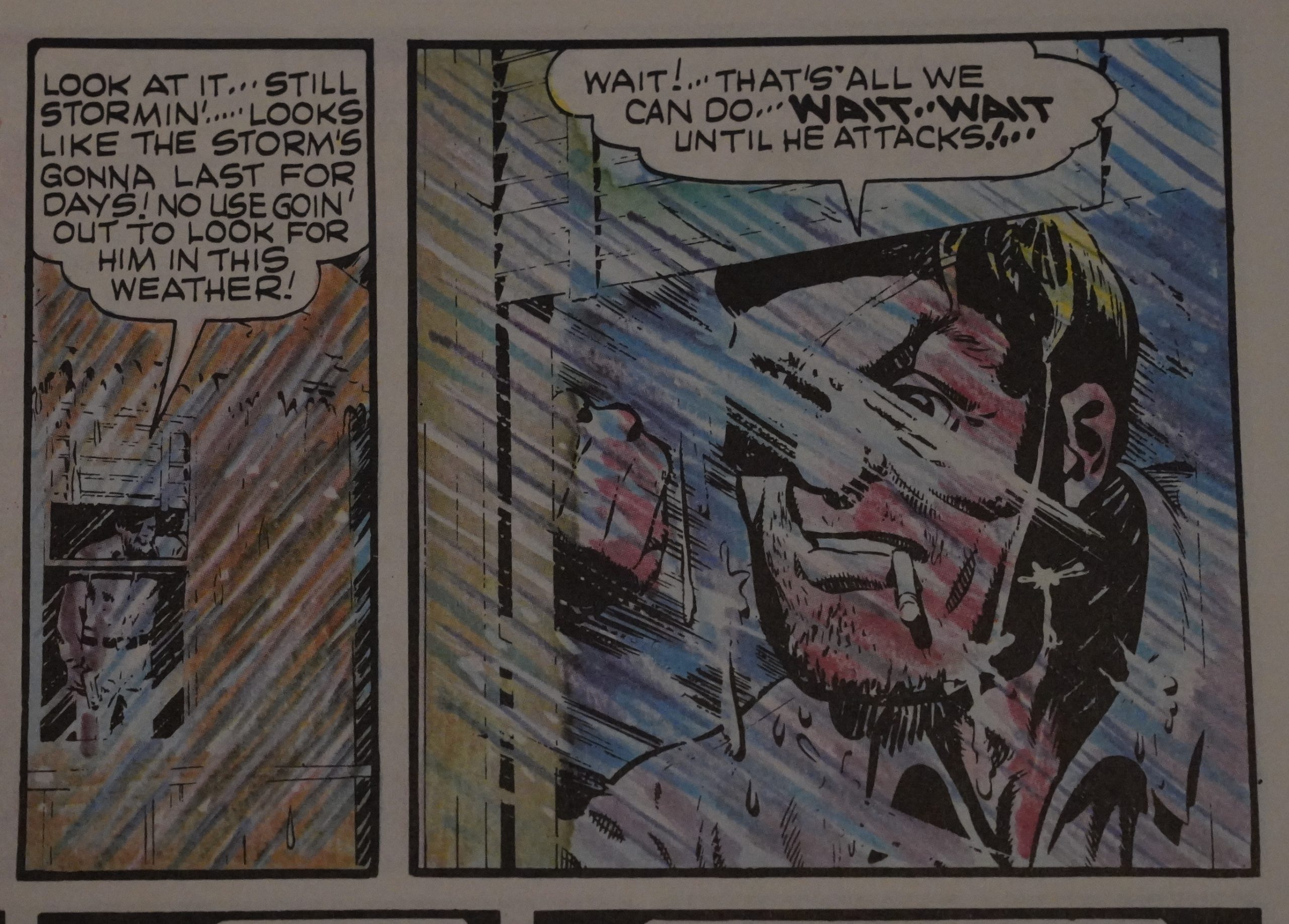 I mean, you have to commend them for the effort put into this, but it frequently looks like an unreadable mess. 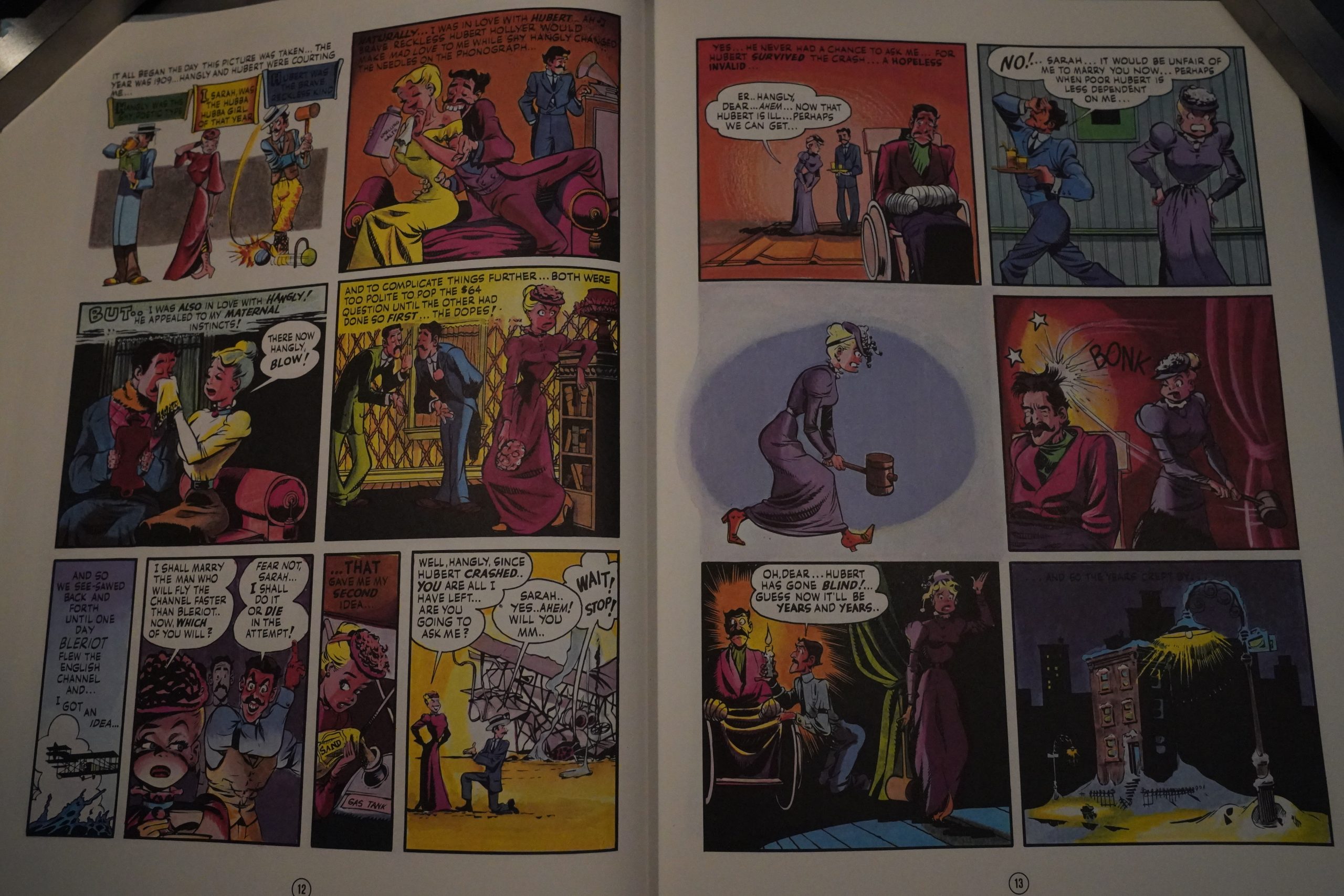 And some seem to vary on a panel-by-basis between fully painted colours and mechanical separation. Very odd.

And some stories use virtually nothing but flat colours.

Oh, yeah, I’m not actually talking about the Spirit stories themselves, because I assume everybody’s read anything that’s worth writing about those. But I’ll note that this is a pretty random sampling of stories, but just from the prime years, and they’ve selected some of the more entertaining ones and skipping the duds. 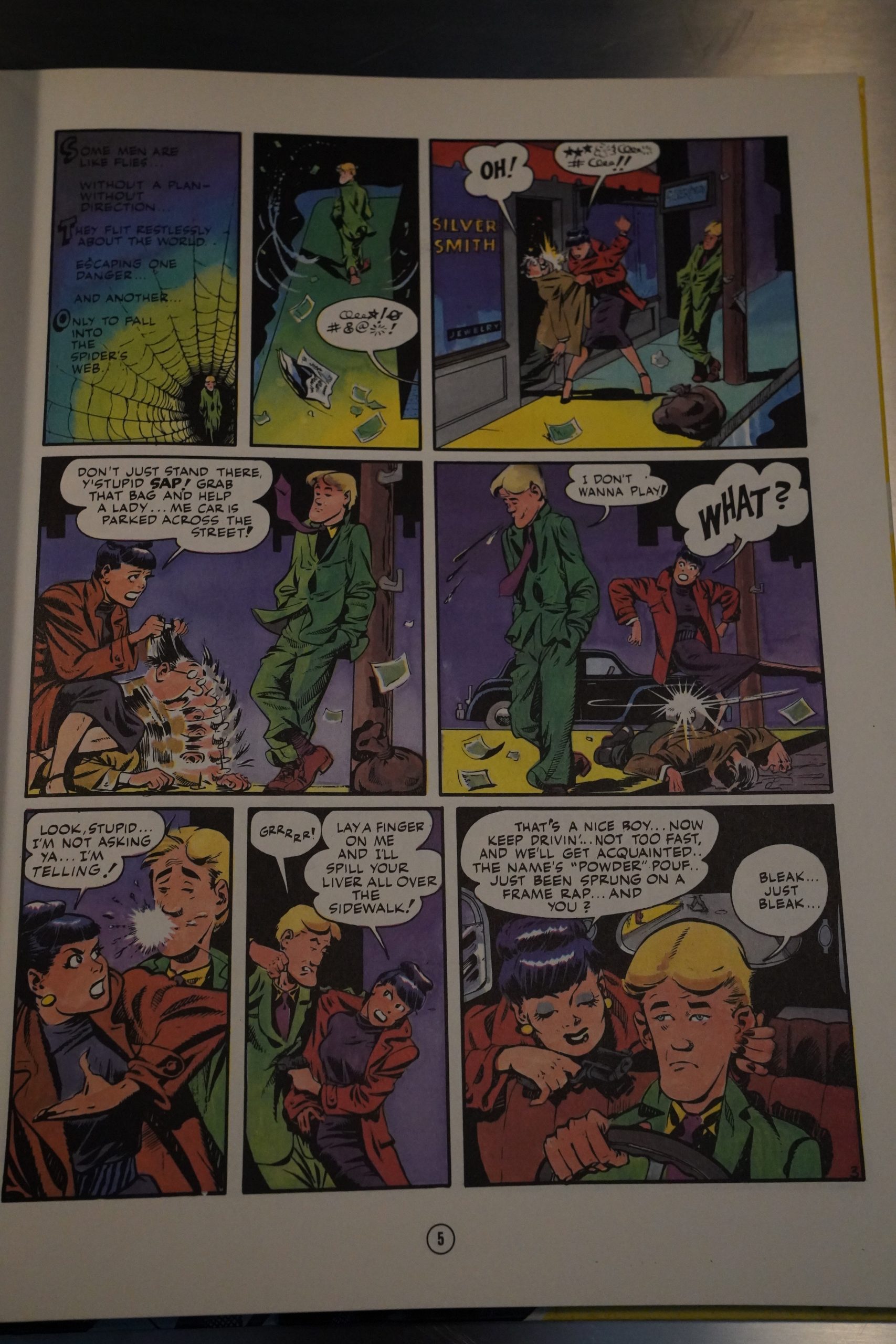 The second and third albums have a much more consistent colouring job: It’s sculptured colouring, but it doesn’t go overboard, and doesn’t invent things that weren’t originally there. Much. 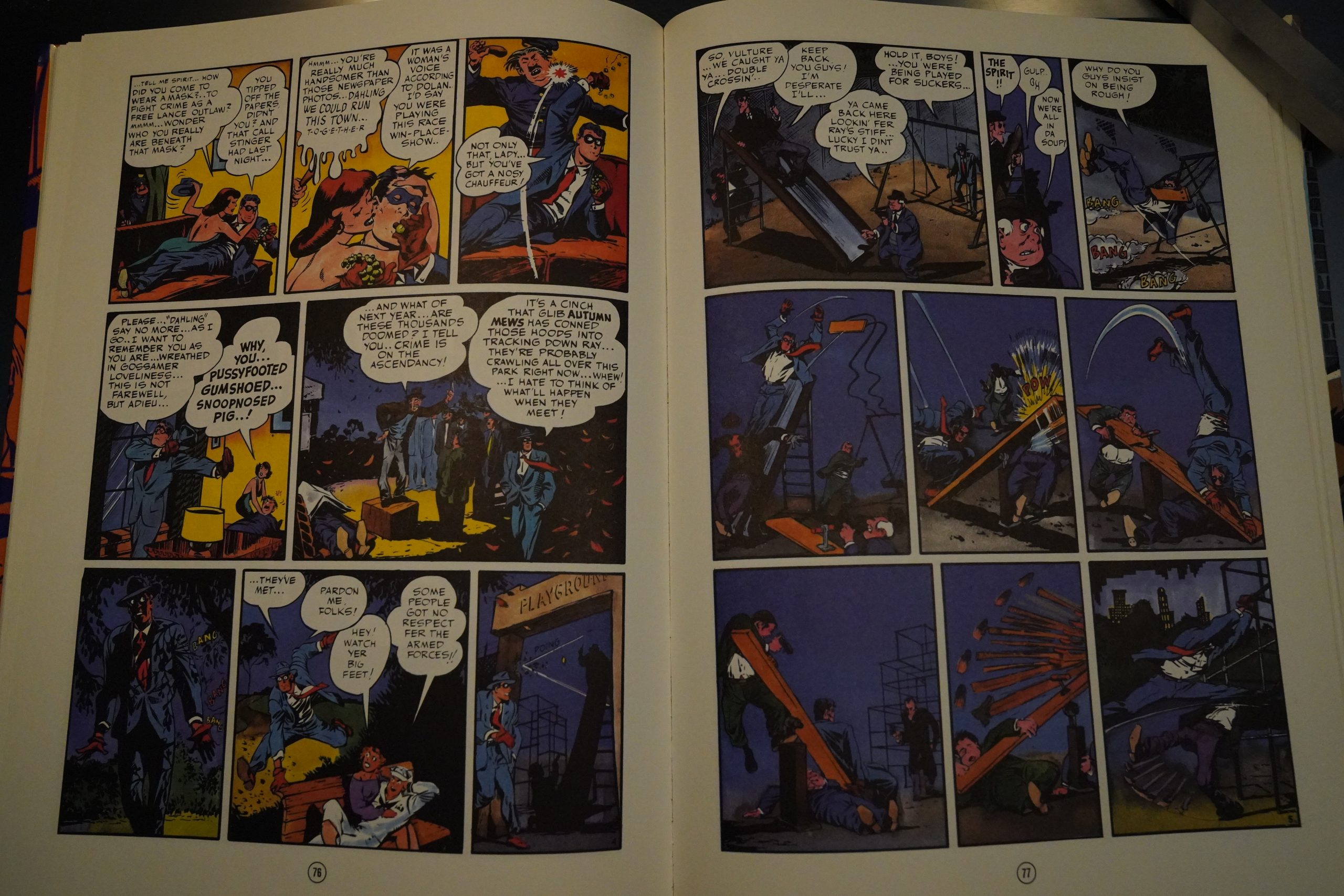 The album series was abandoned when Kitchen started doing a monthly comic-book-sized chronological reprinting of The Spirit in October 1983.

This is the sixty-first post in the Entire Kitchen Sink blog series.