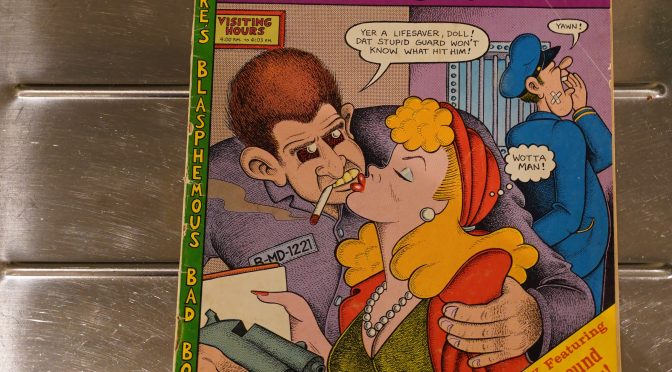 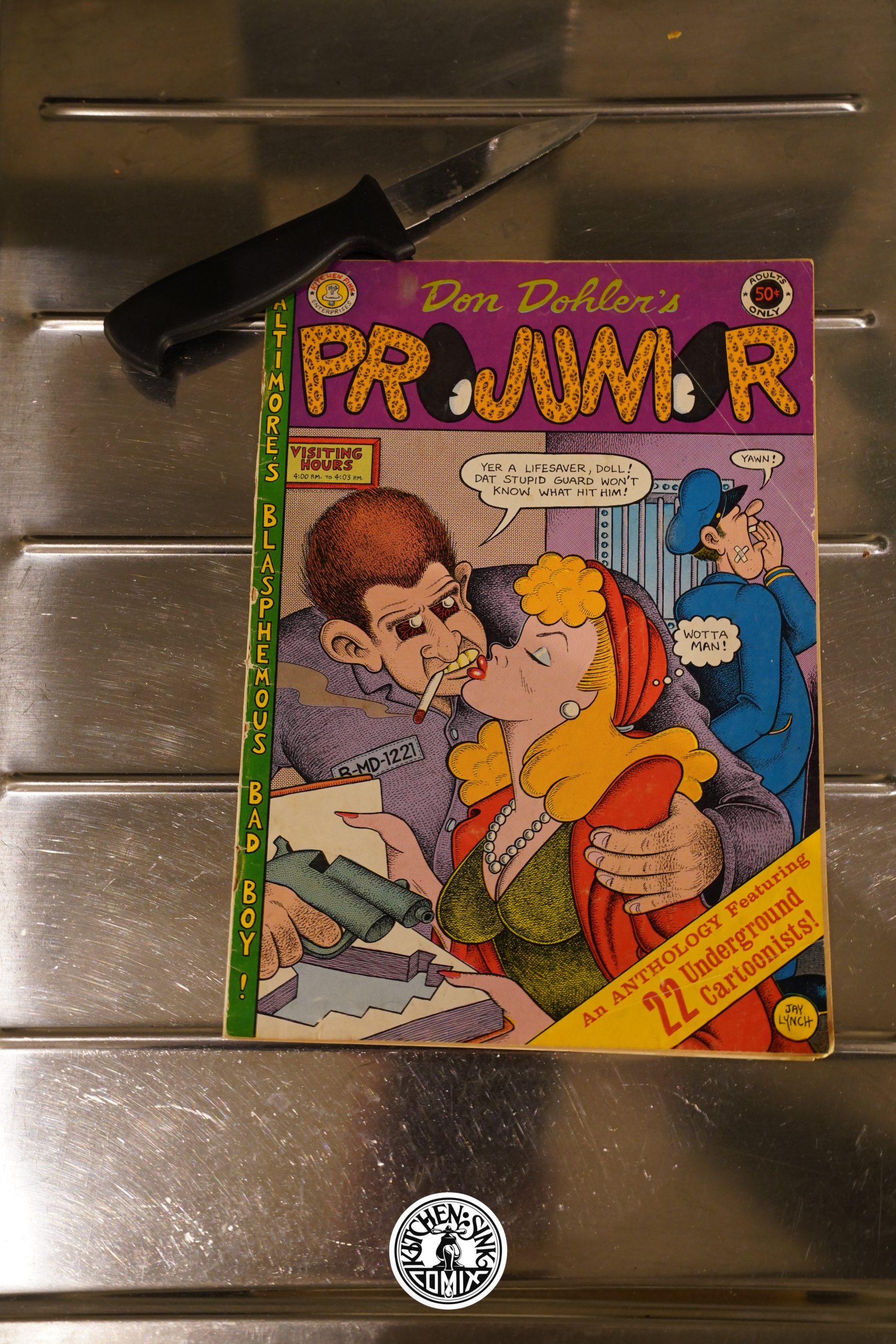 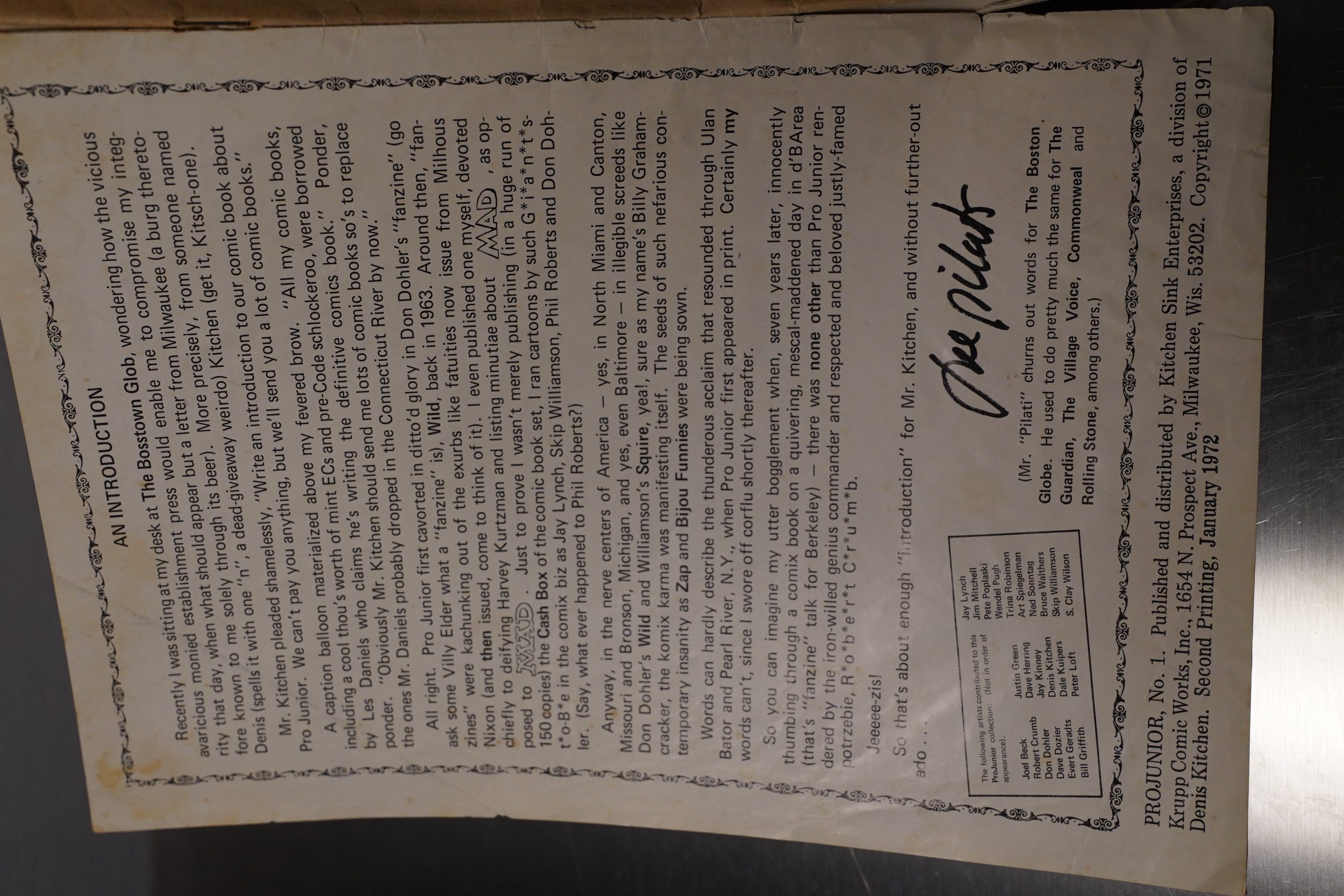 If I understand the introduction correctly, ProJunior was a character that appeared in comics fanzines in the early 60s? 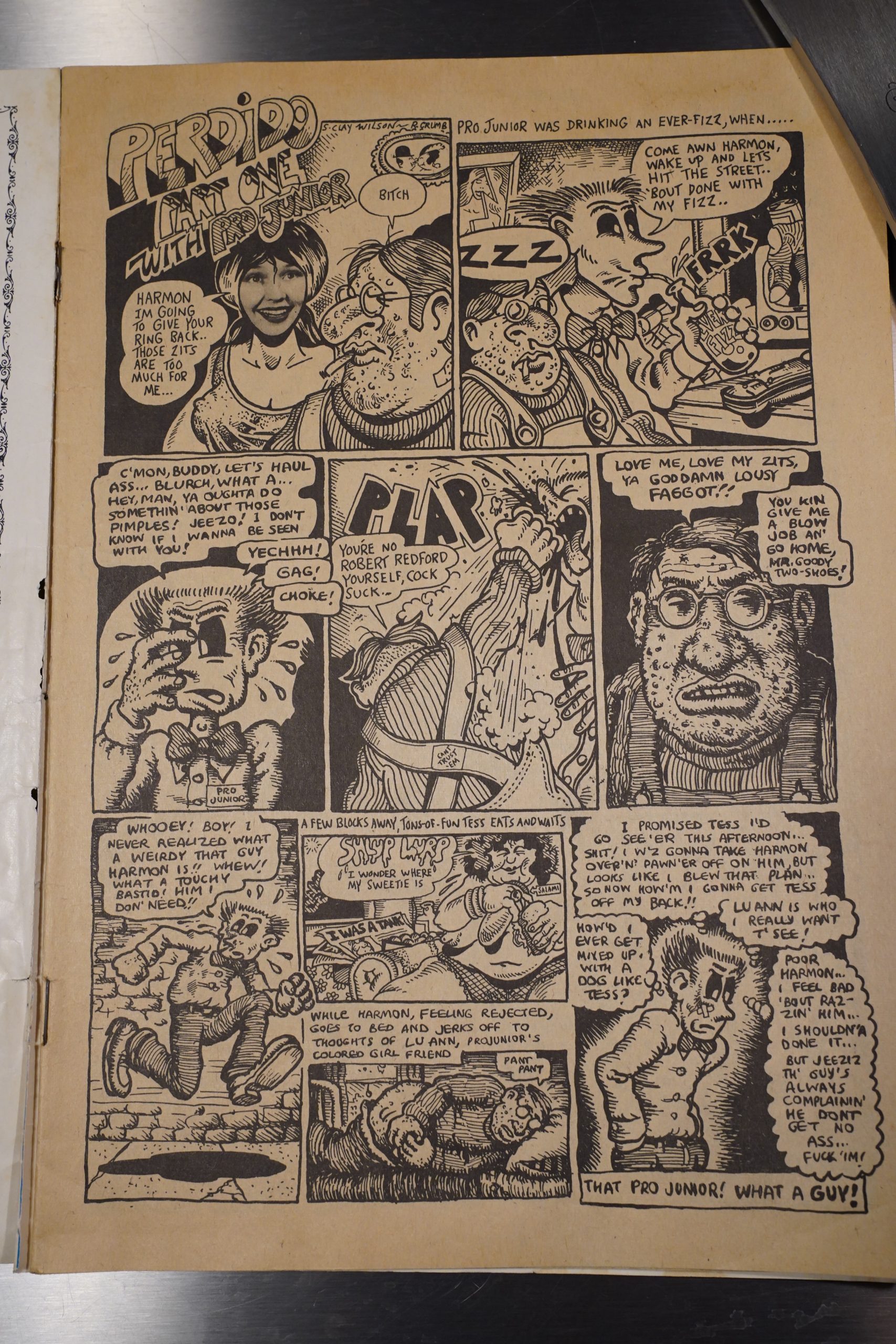 This book is a collection of shorter pieces by a bewildering number of underground comics artists, so I guess they were all fans of those fanzines? Here we have R. Crumb and S. Clay Wilson… 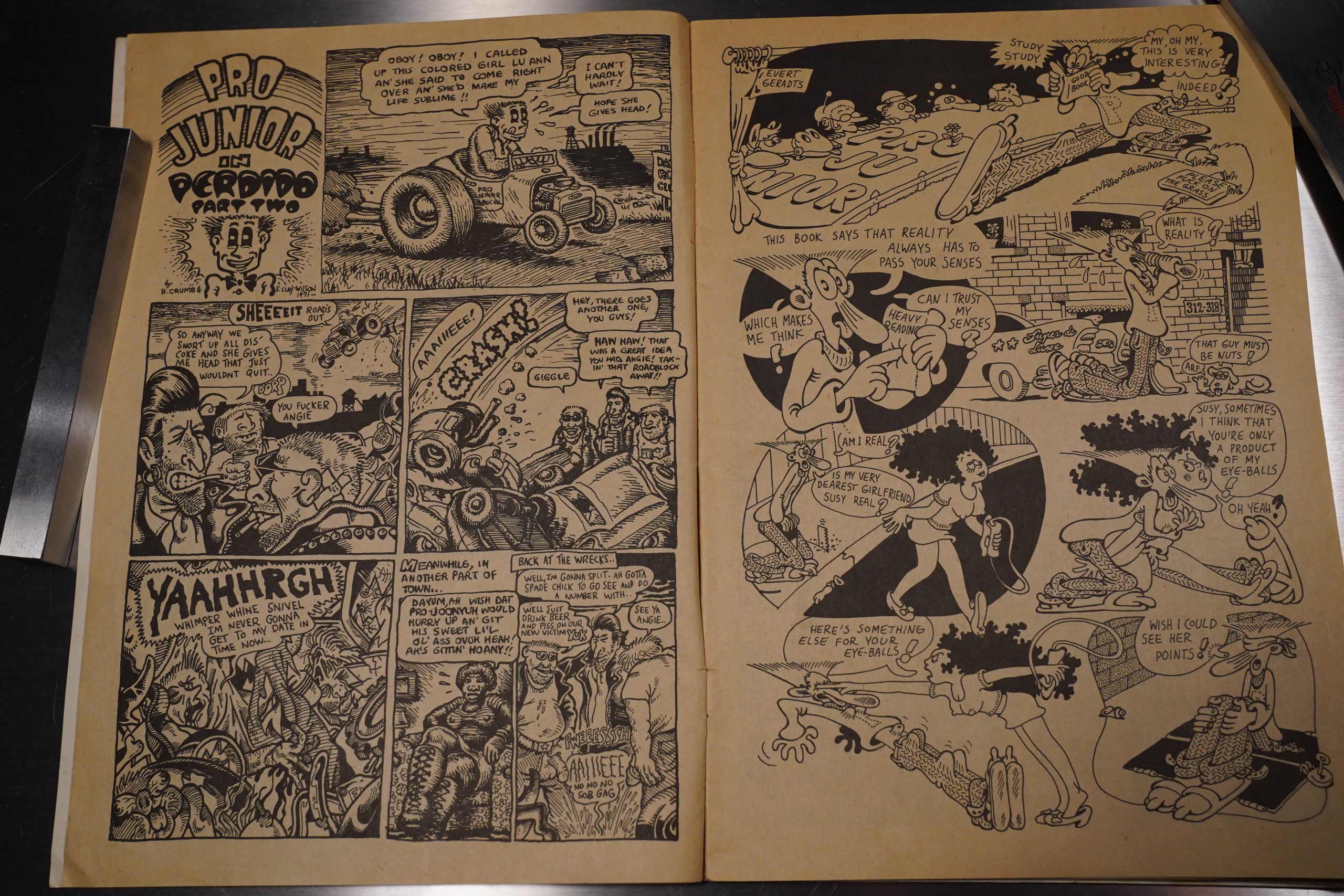 … and then them again and then Evert Gerads. I wondered whether this was one of them there narrative corpse things, since it starts out with a loose narrative thread, but nope: After this it’s totally random. 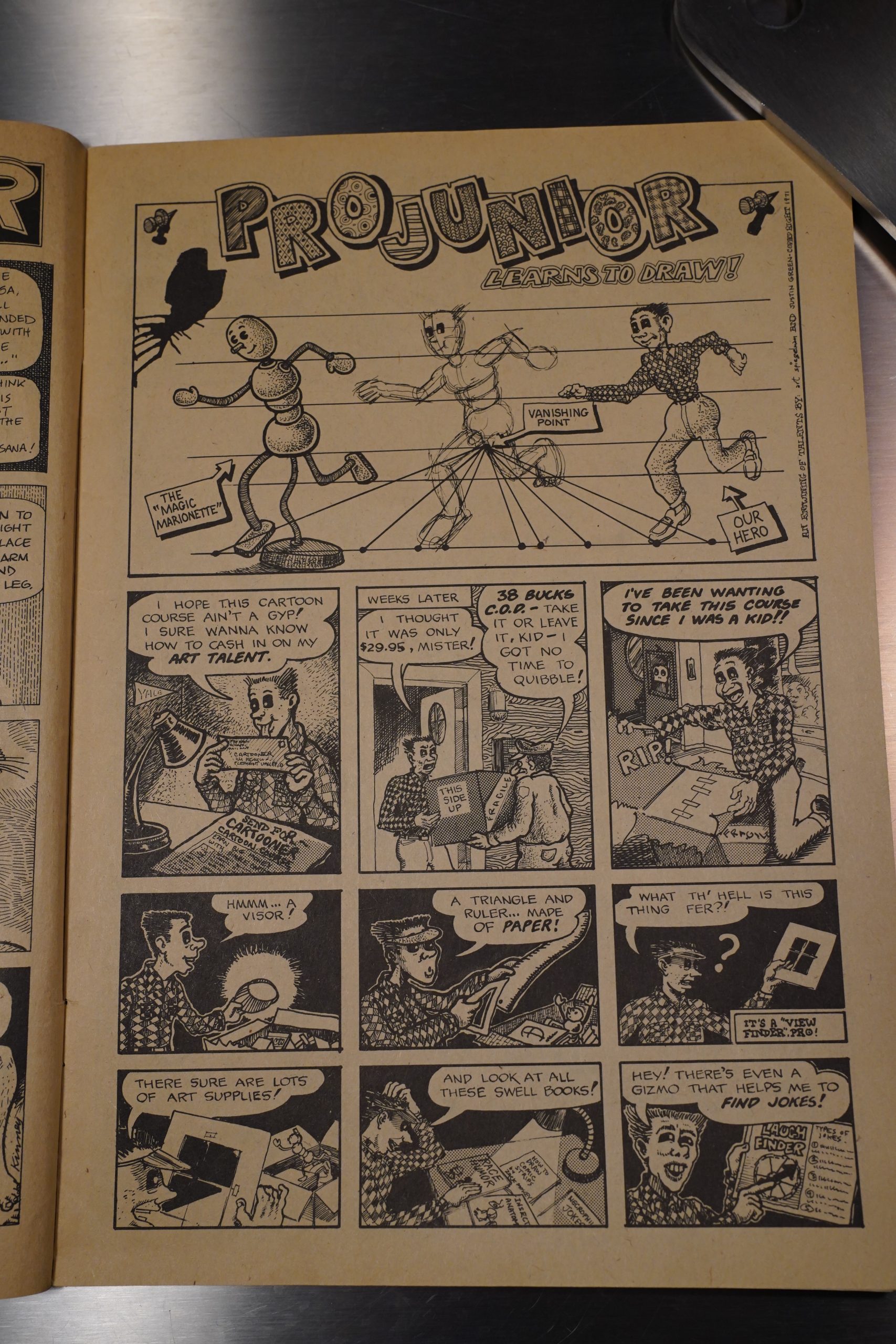 Art Spiegelman and Justin Green do a three-pager where ProJunior takes a comics making course, and… it’s pretty good? They manage to do a proper story over their three pages, which most don’t even attempt. 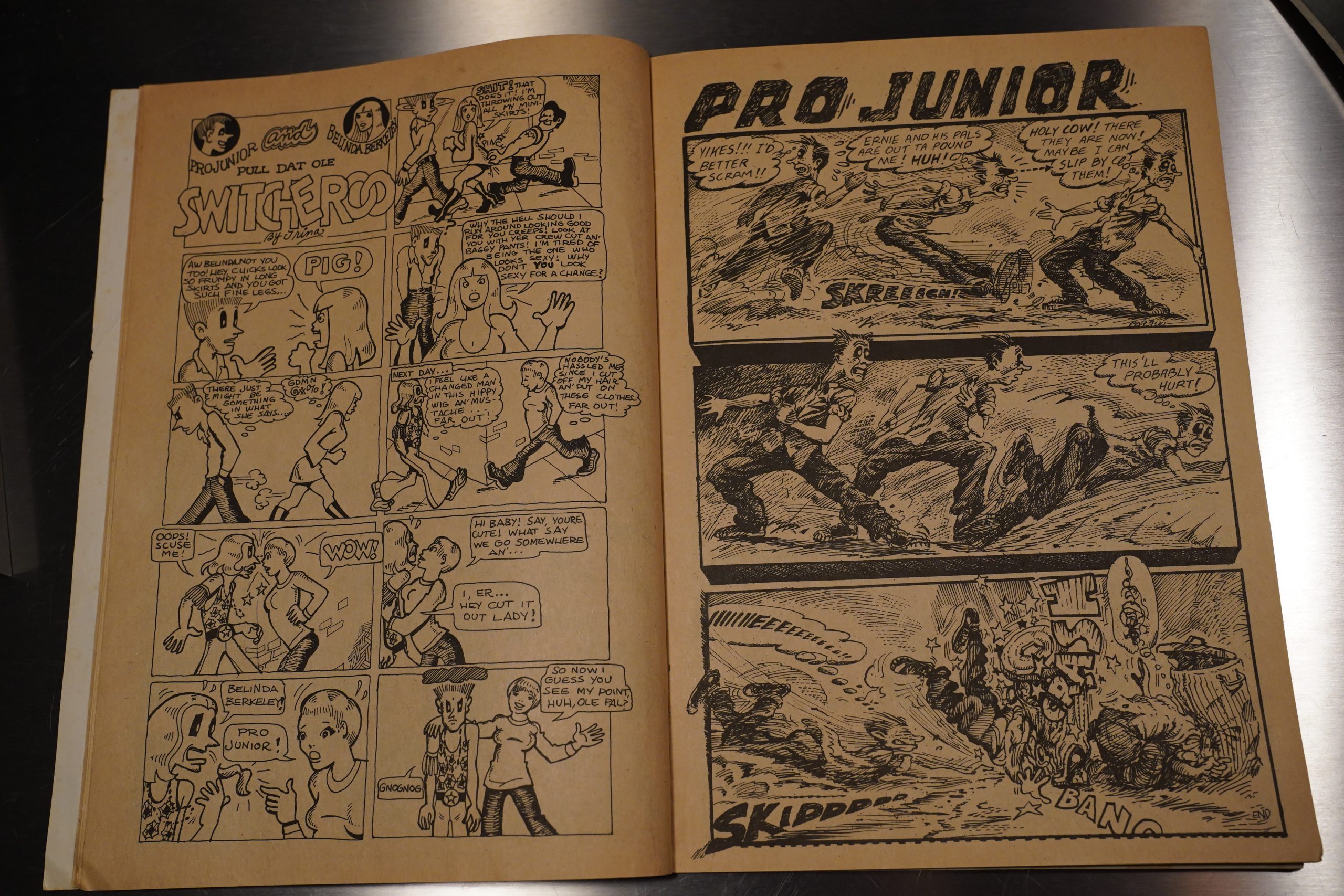 It’s either gags (like Trina Robbins’ page) or something more amorphous (like Pete Poplaski’s three-pager which starts here).

So this is a slight read… but it’s kinda neat? They’ve got a fair number of talented people doing stuff here, and most of the pieces work?

So it’s a welcome surprise.

As usual, Comix Joint is on point:

With so many contributors, it’s not surprising that ProJunior is an uneven collection of comics, but overall it’s still a pretty solid book. Most of the strips are one-pagers, a couple of which just toss out a snippet of an idea without much more. The multi-page stories generally fare better, even when the writing isn’t all that good. For instance, Peter Poplaski’s three-page story falls a bit flat, but some of his panels feature lively illustrations with energetic compositions.

And you can read a lot more there about ProJunior’s origins.

This is the ninth post in the Entire Kitchen Sink blog series.