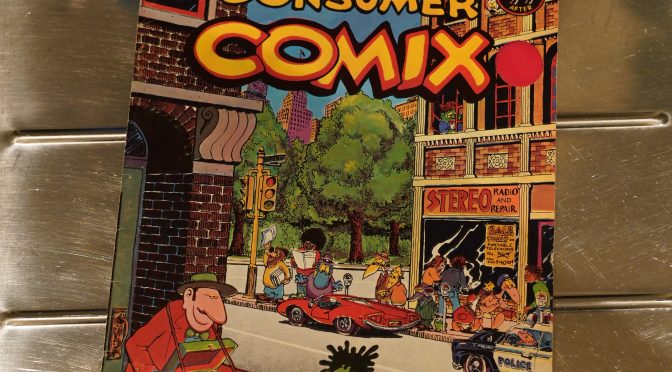 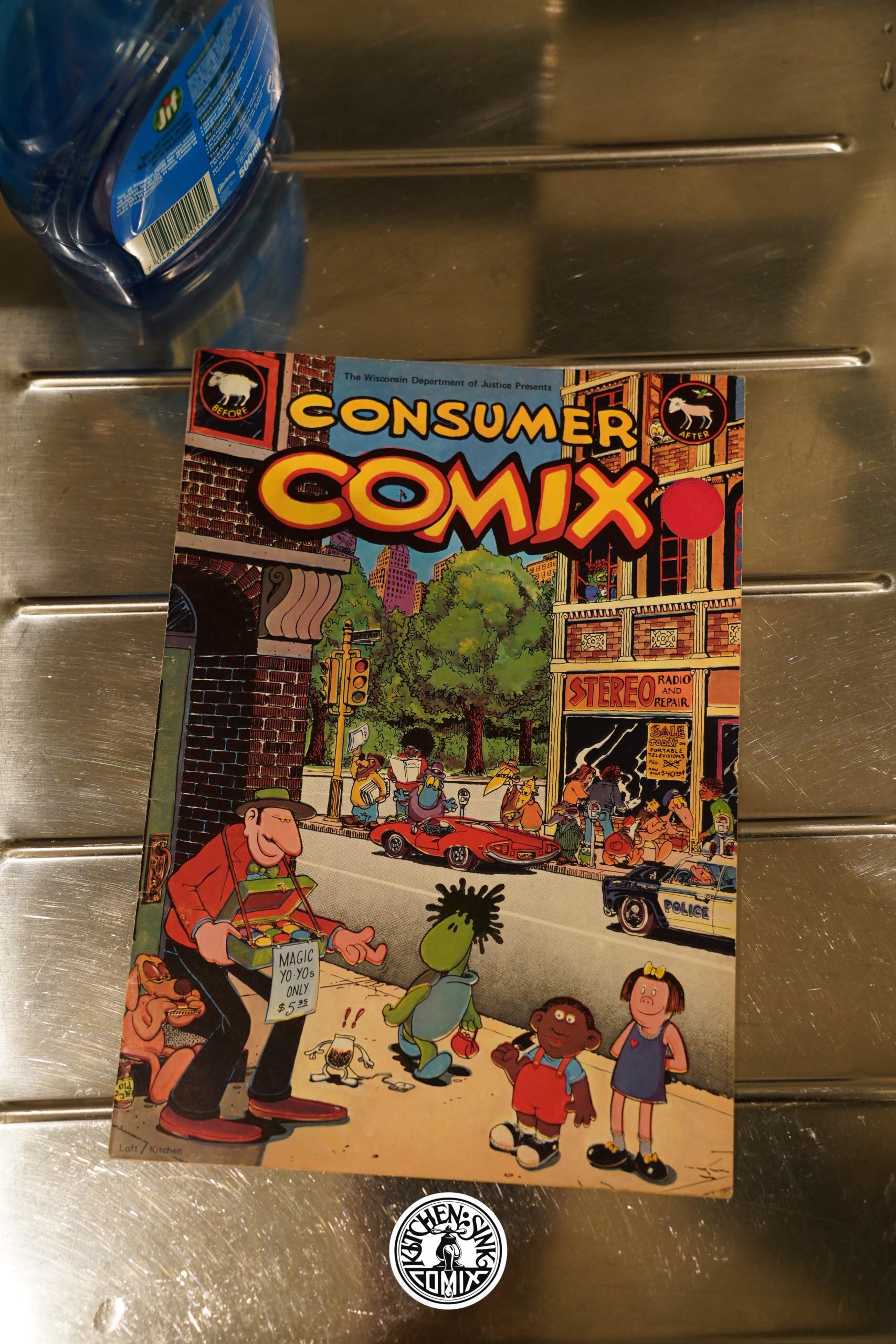 This blog has been off the air for some time… er… about a week? But I had such a head start that it’s been about a month since I last did one of these posts, so let’s see if I remember how… What camera did I use? What were the settings? And I have to re-create my photo work space, because I got a new couch, and I had to rearrange all the furniture… 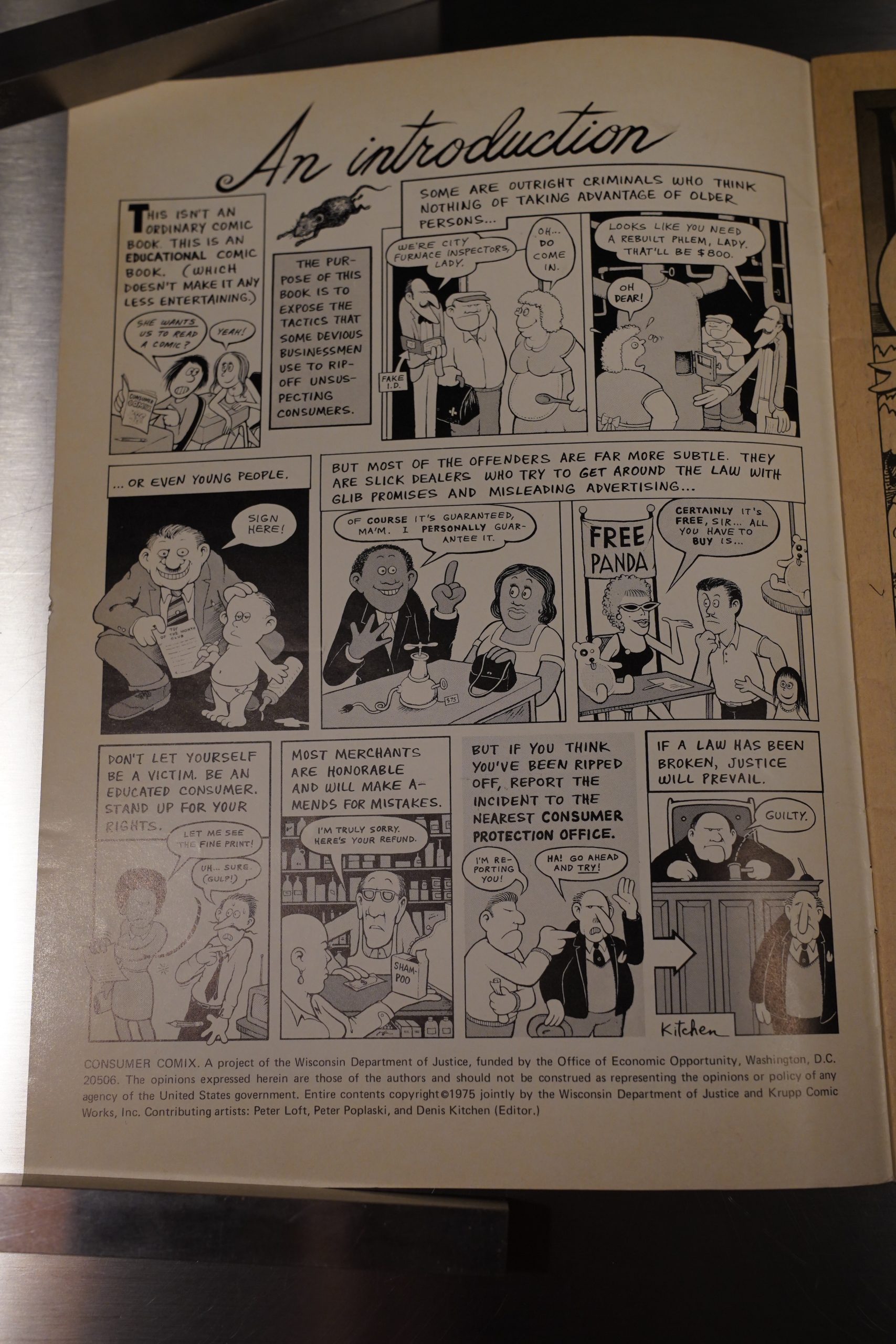 As noted in the previous episode of this blog, Underground comix had kinda died by now: The head shops where they’d been distributed had been closed by new anti-drug laws, and in addition, there were new obscenity laws to contend with. Kitchen Sink only debuted one new series in all of 1974 — Weird Trips Magazine — and it wasn’t even a comic book.

Things are apparently still hard sledding in 1975 — because Denis Kitchen has somehow managed to get funding for this comic book from the Office of Economic Opportunity. And it’s hard to imagine doing anything less like Bizarre Sex than an earnest, gummint-funded comic book about consumer protection laws. And: 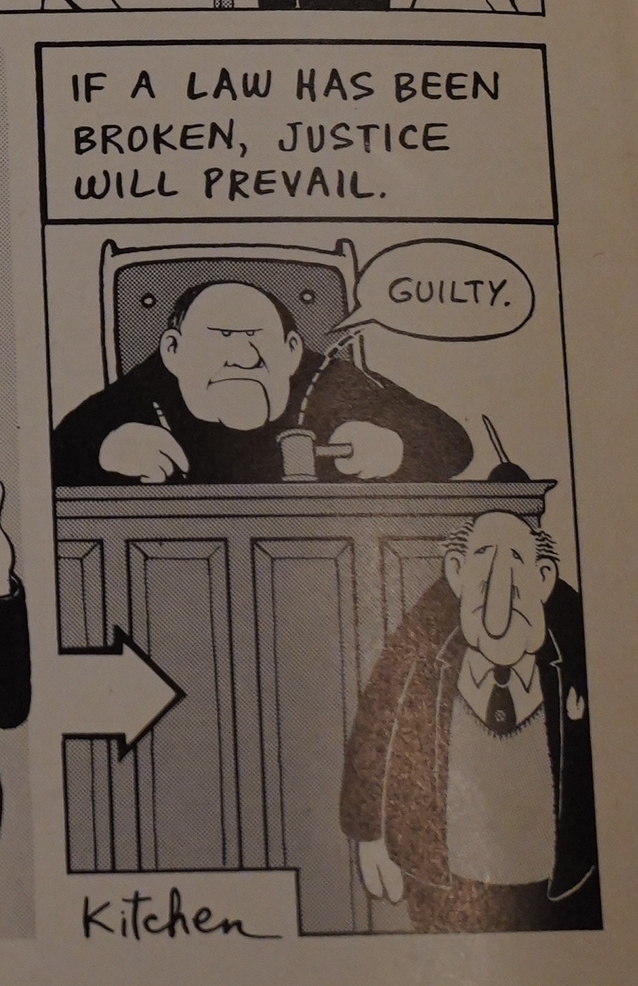 This must be a panel that had to be tough for Kitchen to draw with a straight face. 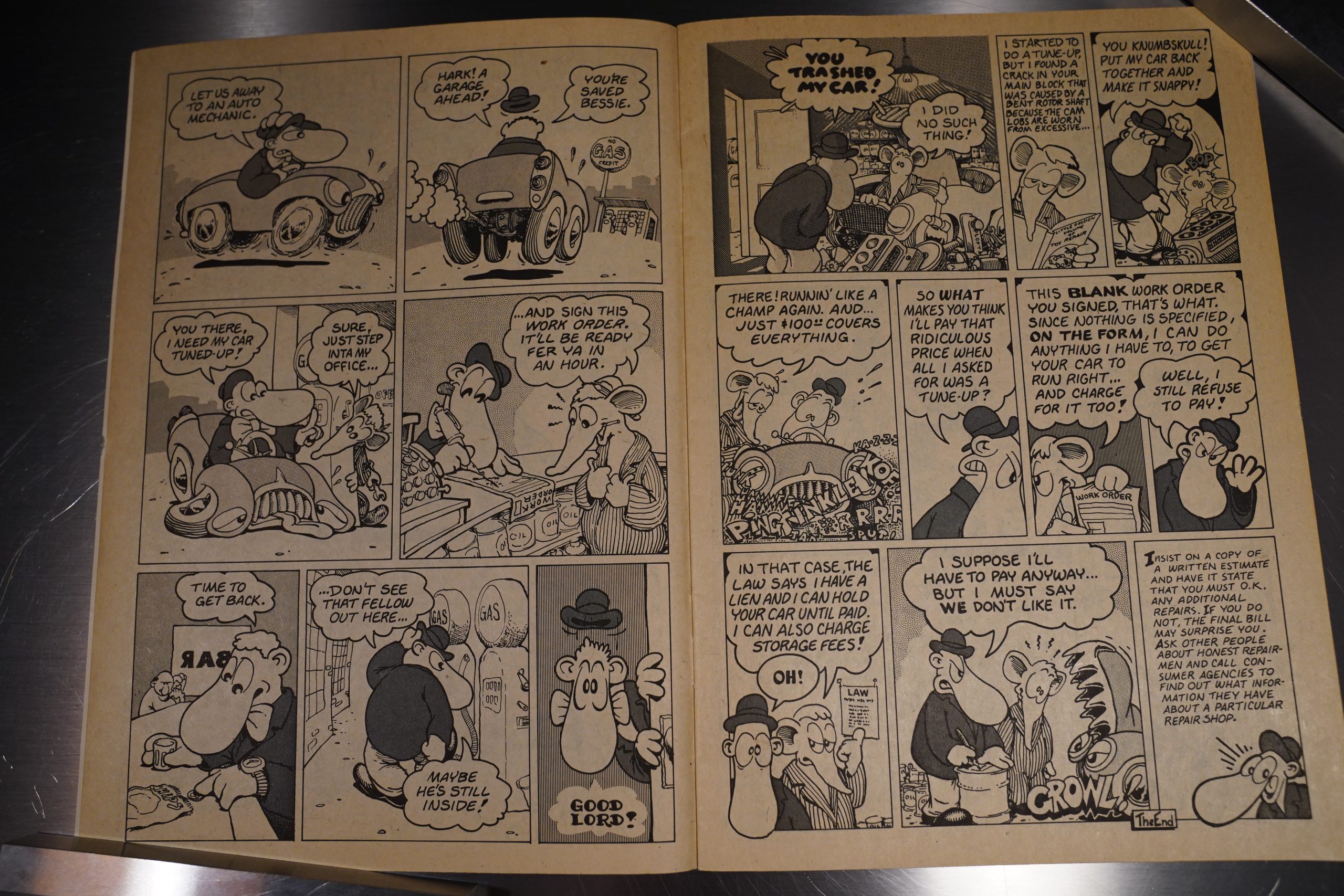 So we get a bunch of short stories about how you can be taken in by hucksters (used car salesmen, auto mechanics and bike salesmen (!). 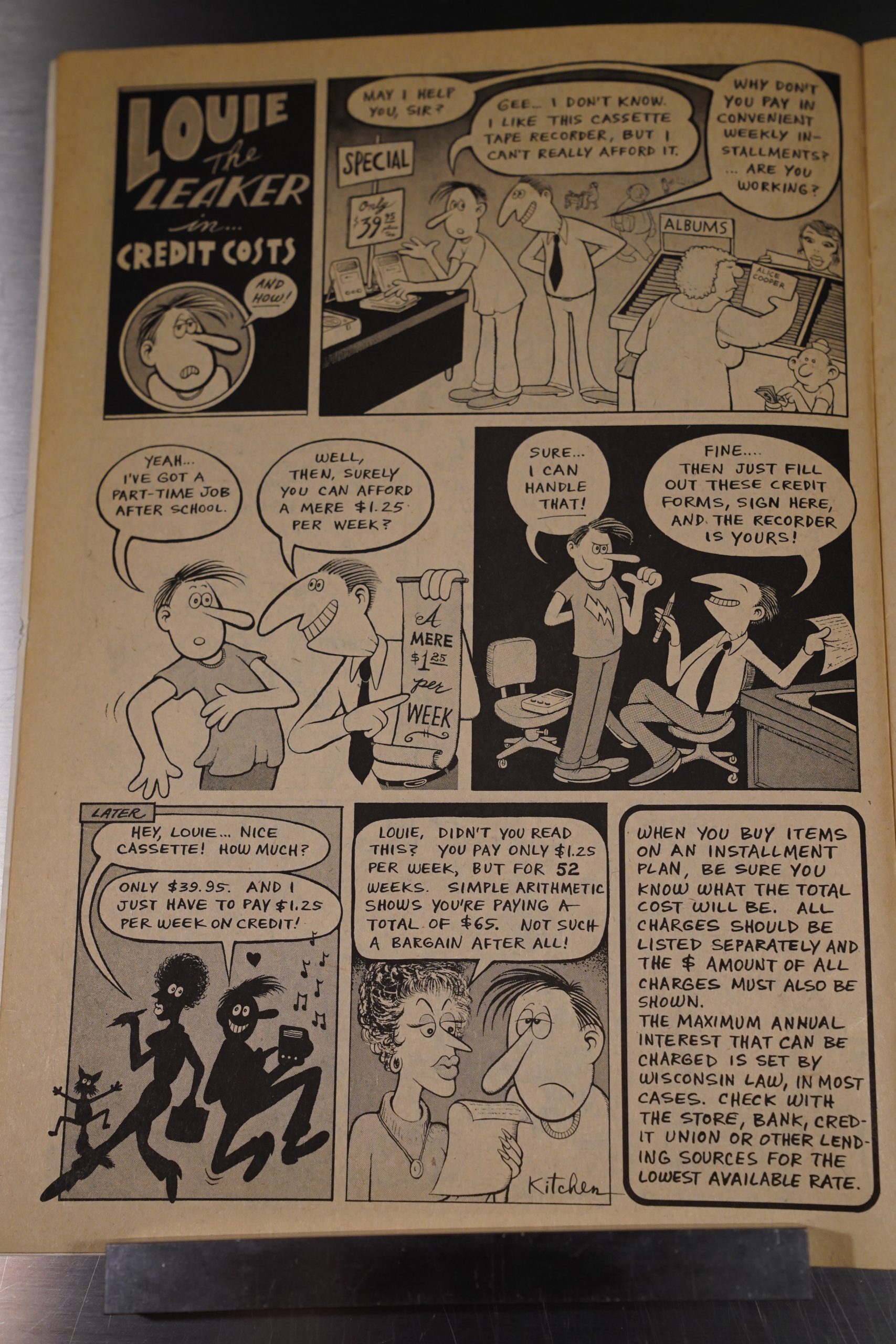 I guess they manage to do somewhat engaging artwork, and the advice is sound, but… 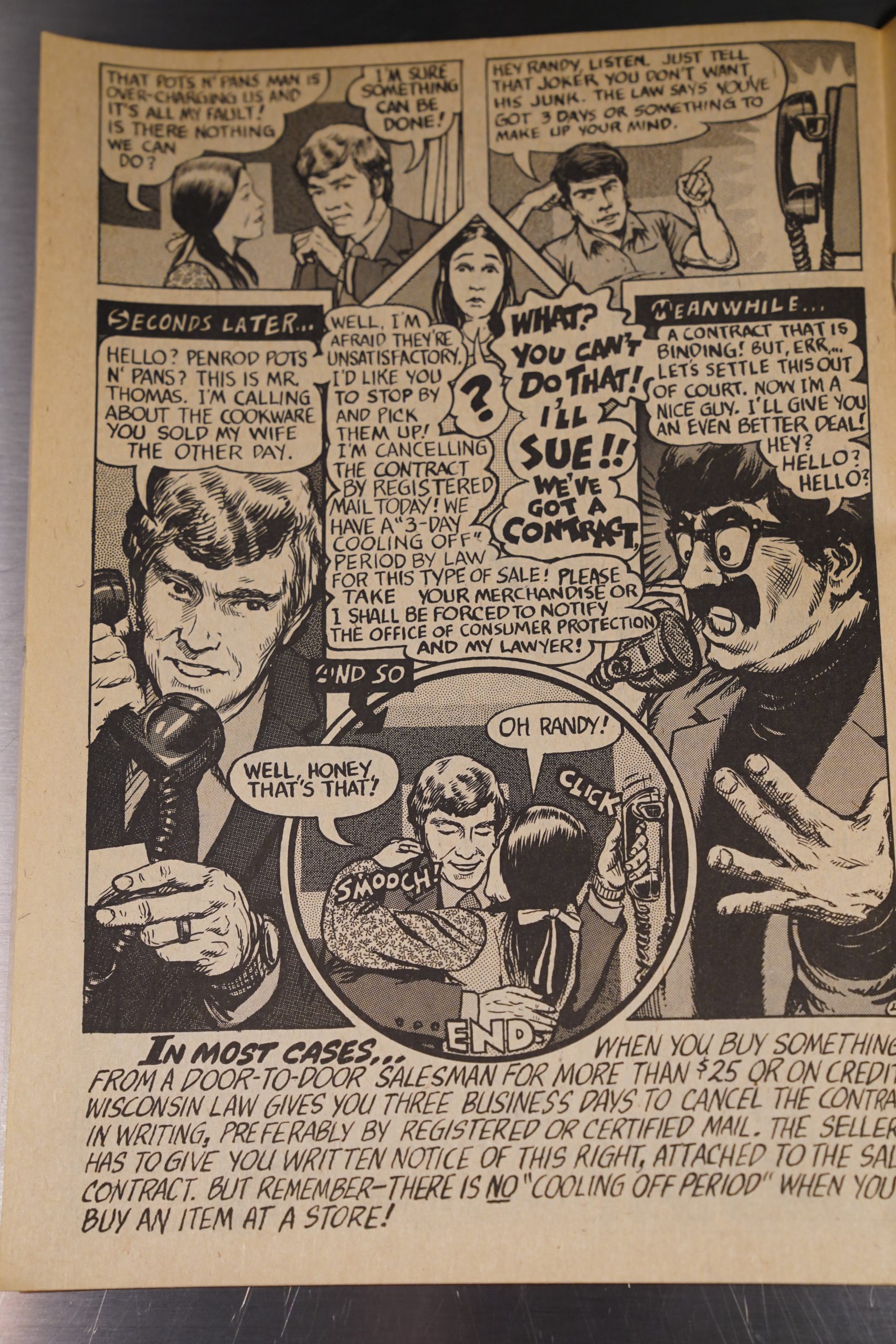 What!? Only a three day cooling off period? That’s a weak law, man.

This is pretty dire, so Comix Joint gives it a 7:

Features some terrific stuff from Denis Kitchen, who just didn’t do enough comics in his day, if ya ask me.

I guess this shows Kitchen’s business acumen? Throughout Kitchen Press’ existence, there’s a lot of ups and downs, but Kitchen usually finds a way through by publishing… whatever. (A major thing of his in the 90s was nostalgic ads printed on metal, for instance.) But I guess in a precarious business like comics, you have to do… stuff.

This is the twenty-eighth post in the Entire Kitchen Sink blog series.