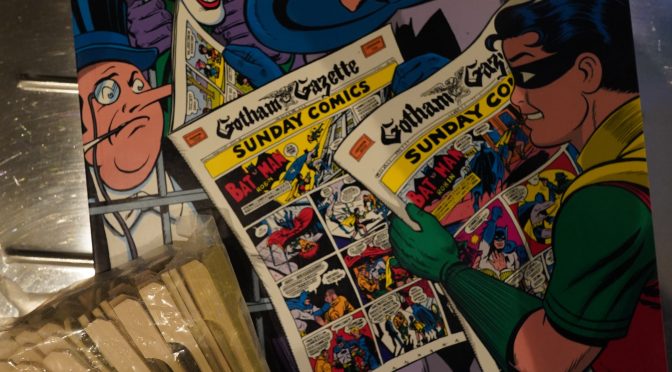 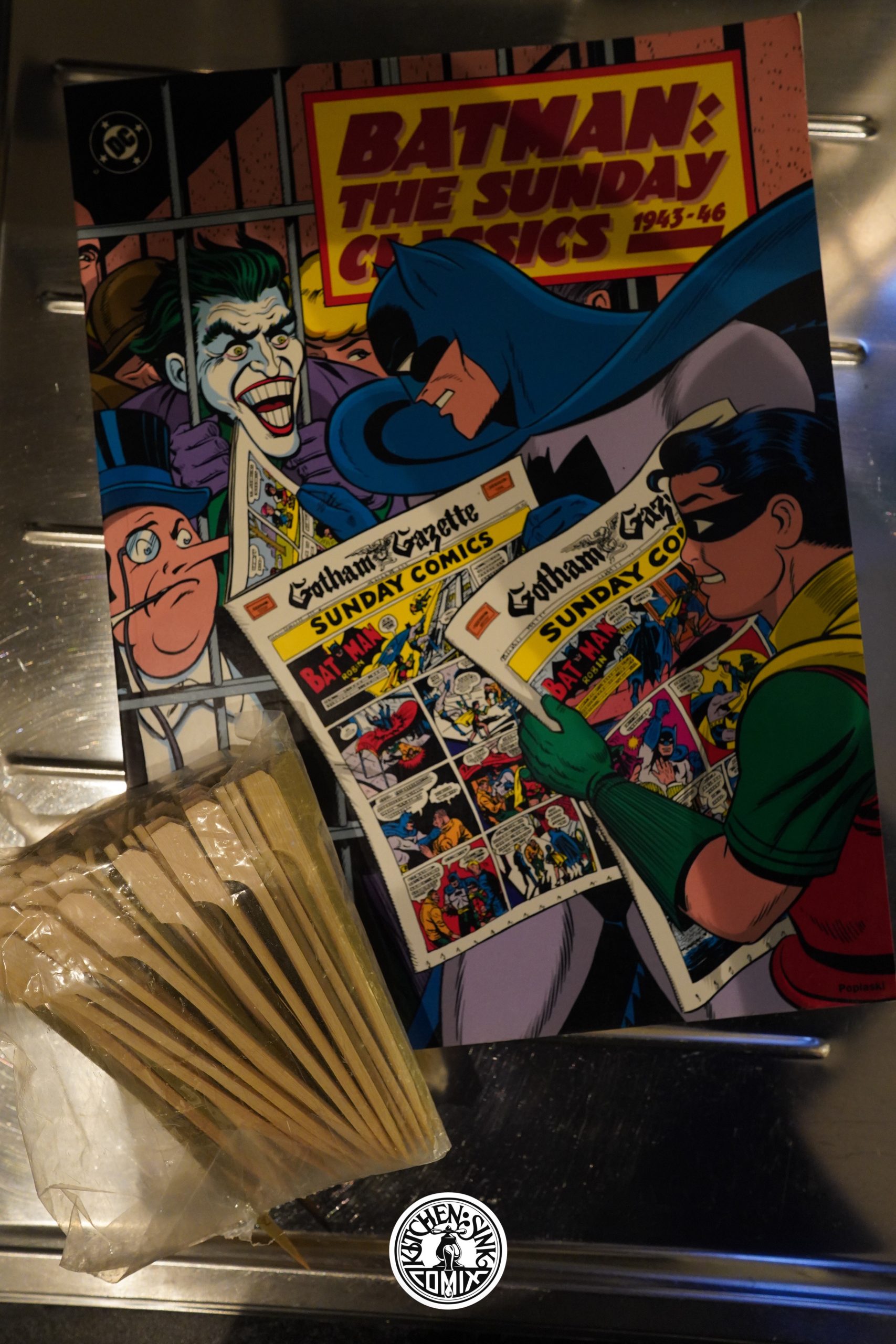 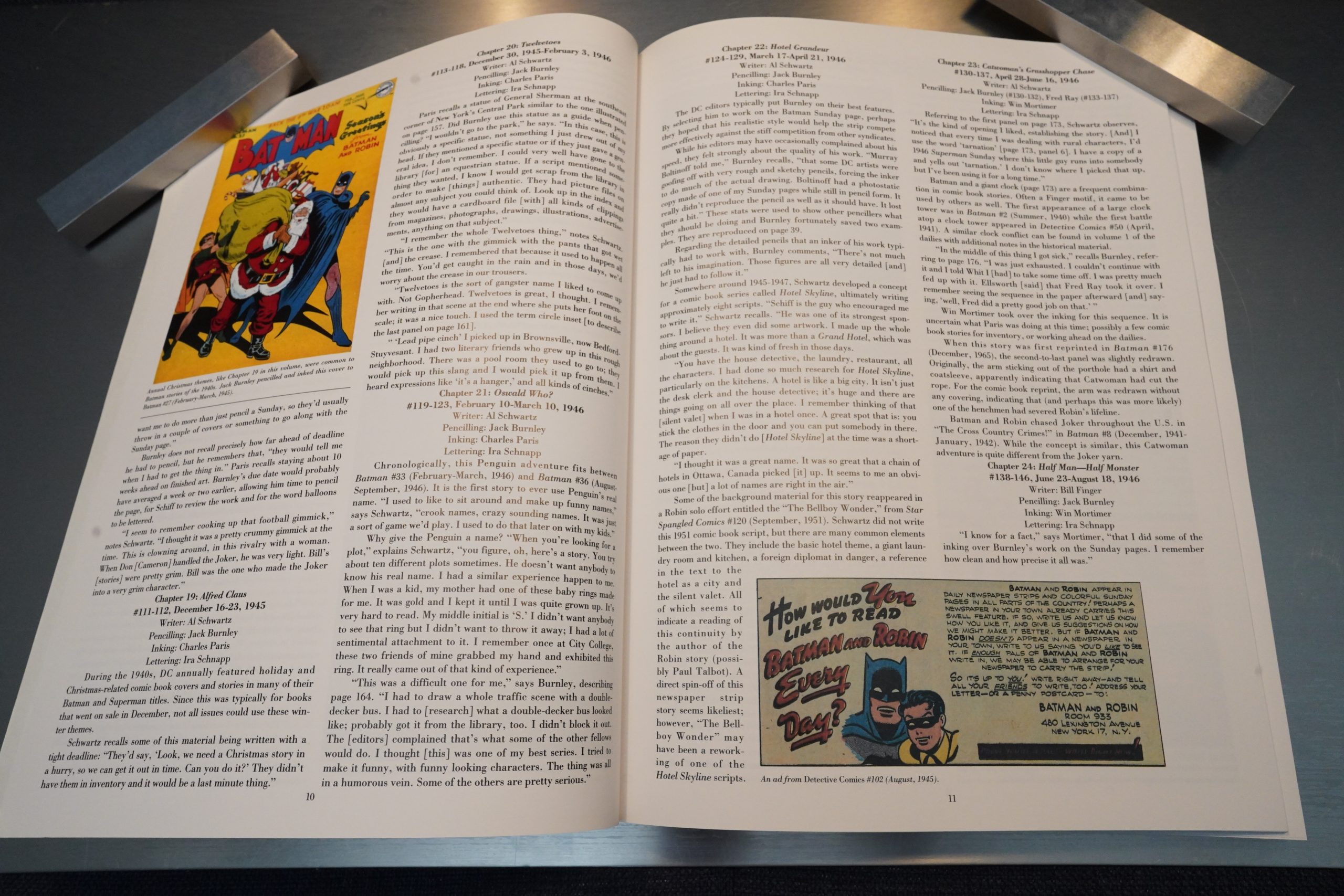 This is an oversized book collecting Batman Sunday pages from the 40s. These only ran in a handful of newspapers, so they haven’t been seen widely. 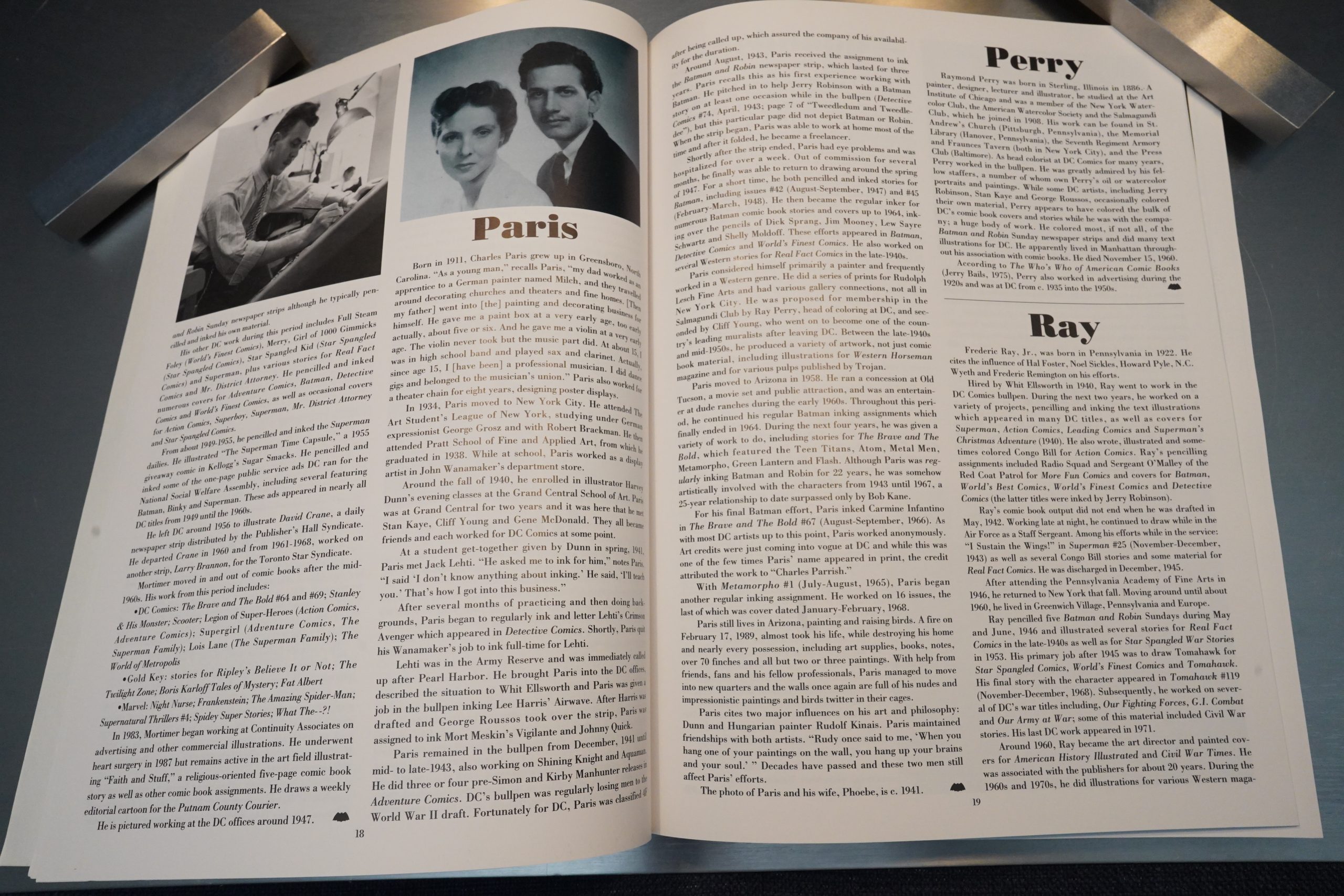 The book is obviously a labour of love. We not only get interviews from surviving creators of all the different sequences, but also biographies of everybody involved (and there’s a lot of people involved). We get about 50 pages of this stuff, and the book is 200 pages long, so one quarter of the book is research.

Some of it is even pretty interesting. 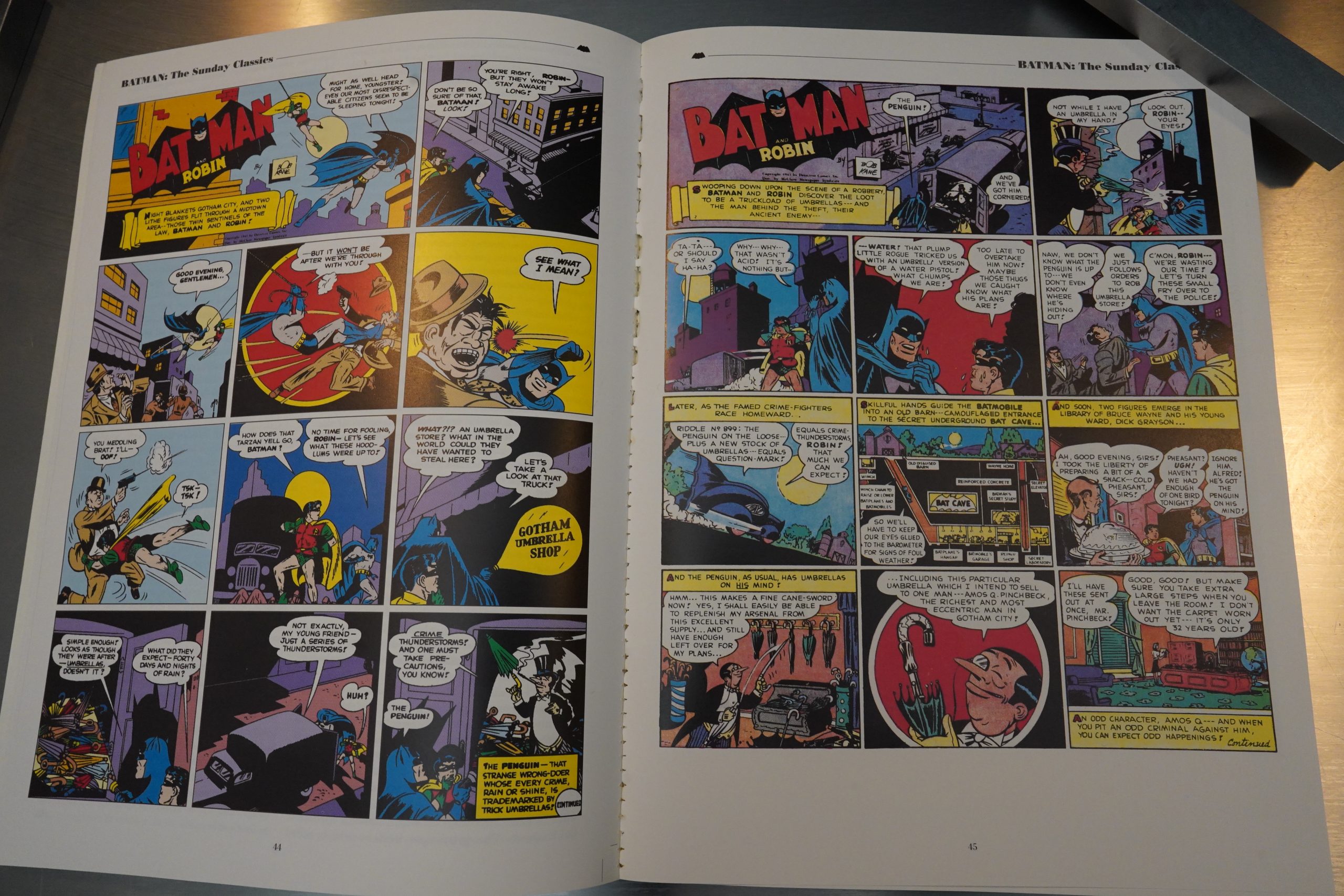 But I’m guessing people bought this book for the reprints, and they’re really well reproduced for this kind of thing. Colours that pop, but look pretty natural otherwise, and the linework reproduces well. 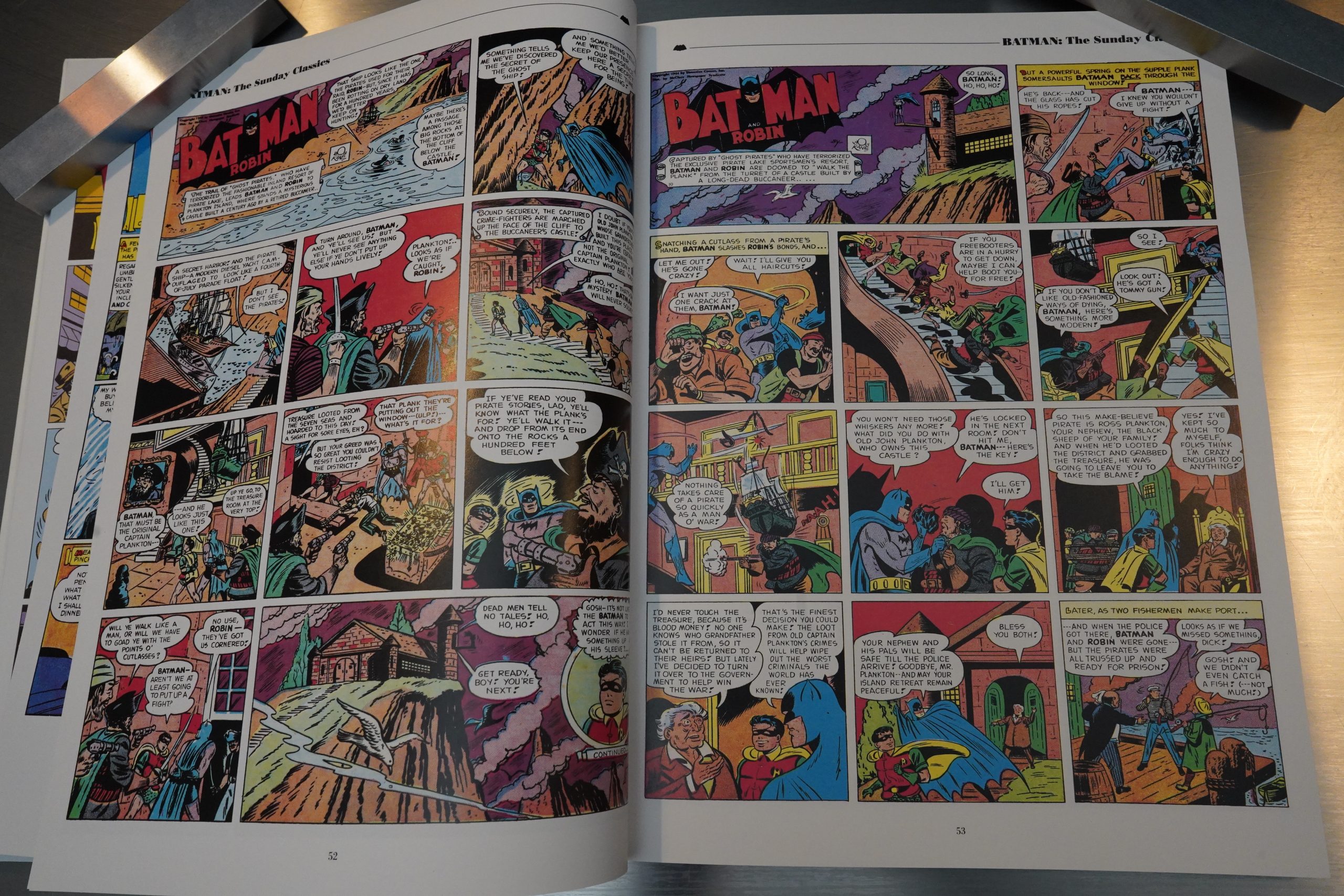 As is natural for a Sunday page serial, each sequence is pretty short — around the five page mark. That sounds like it should be pretty naff, but the pages are so dense that they manage to squeeze in stories that feel pretty complete, as Batman stories go. 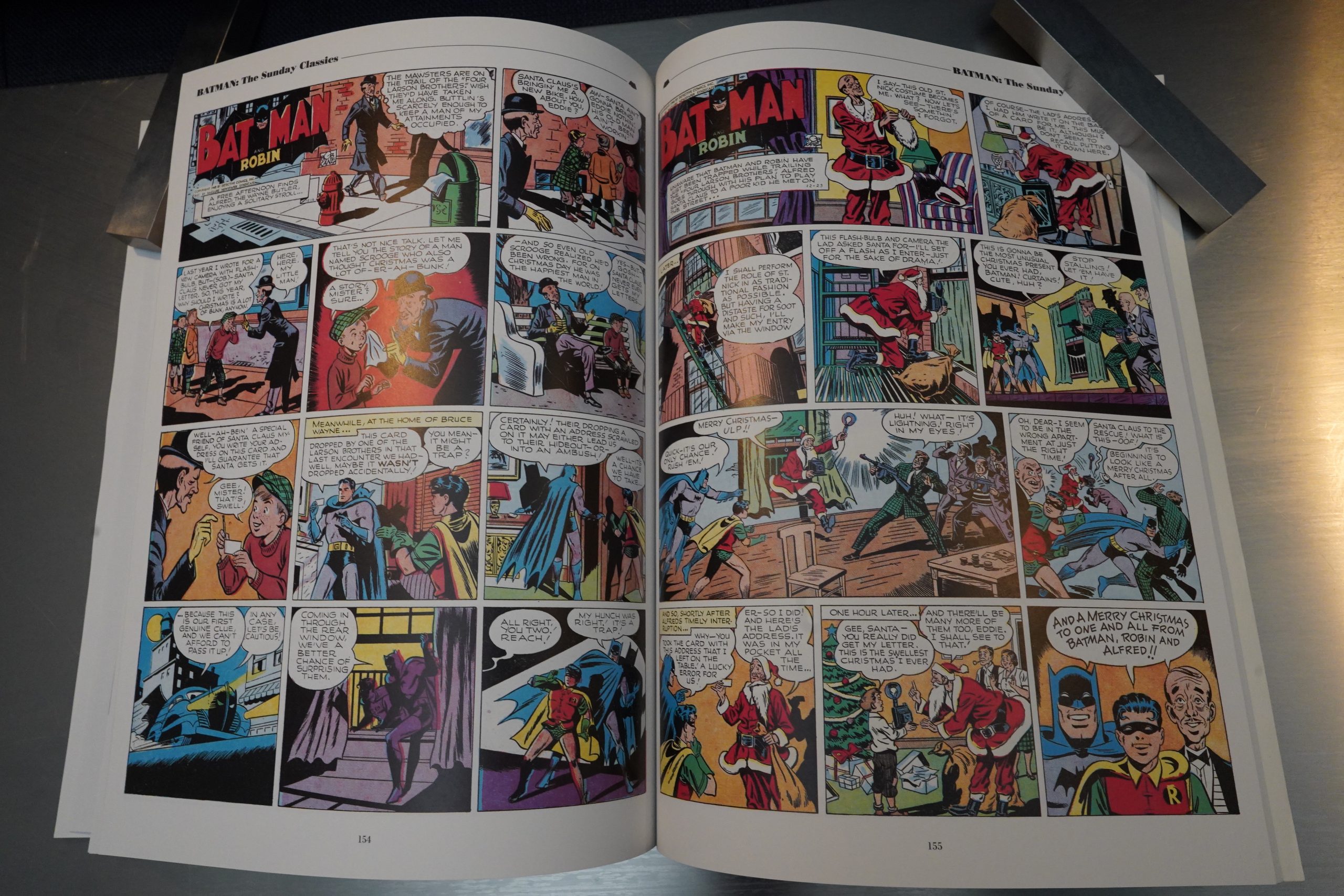 Now, 40s Batman stuff isn’t really something I’m terribly interested in, but these are pretty good for what they are. More readable than the Batman comic book at the time, I’d say. 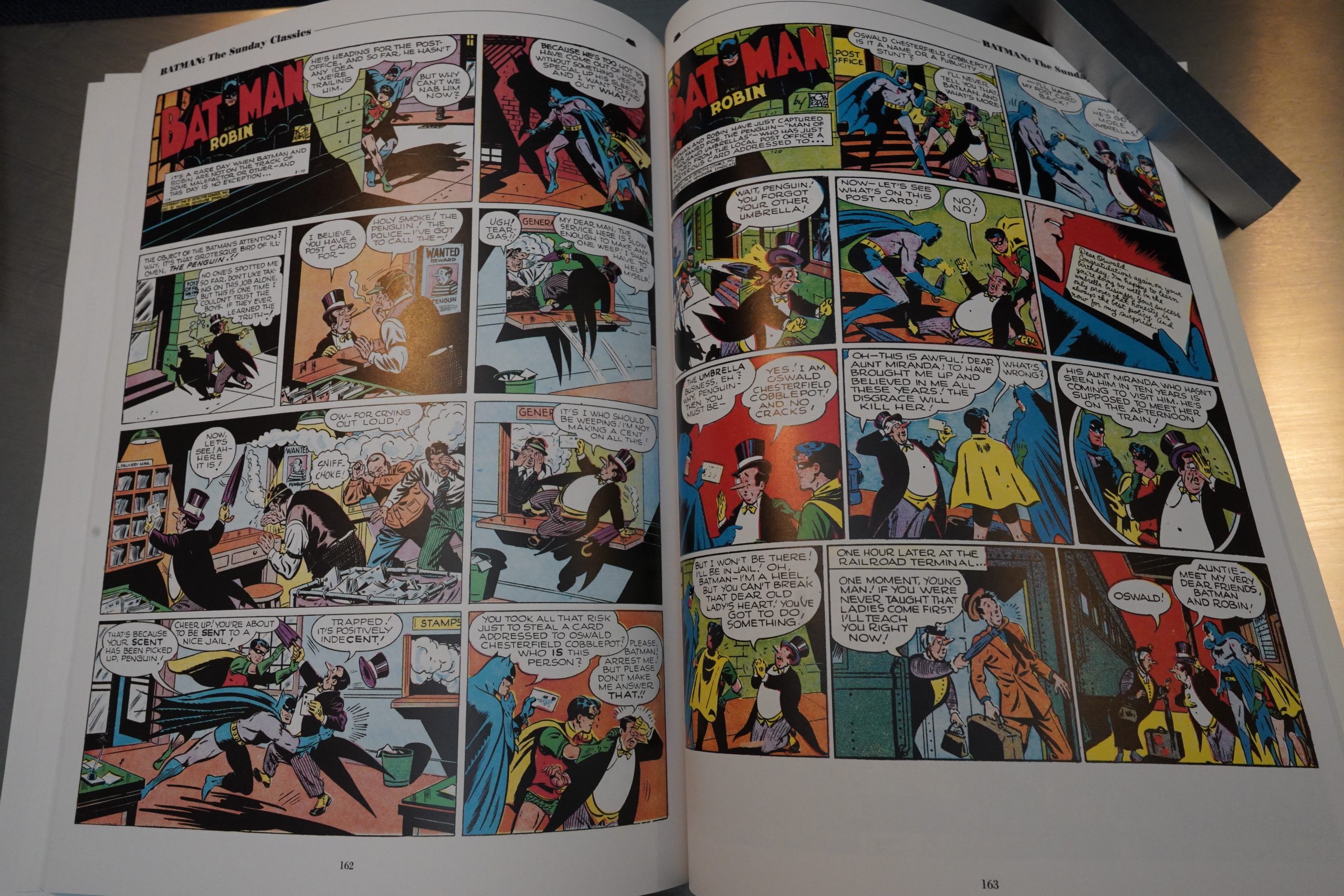 It’s a good mix of goofy and hard-hitting adventure.

Like I said, not really something I’m terribly interested in, but this is a quite satisfying book, none-the-less.

After Kitchen folded, DC Comics reprinted the strips, too.

This is a pretty good run of all-ages Batman stories, though the non-gory deaths might be too intense for the youngest readers. They largely ignore the War going on, outside a rich man’s quick reference to donating to the War effort.

This is the one hundred and thirty-fourth post in the Entire Kitchen Sink blog series.