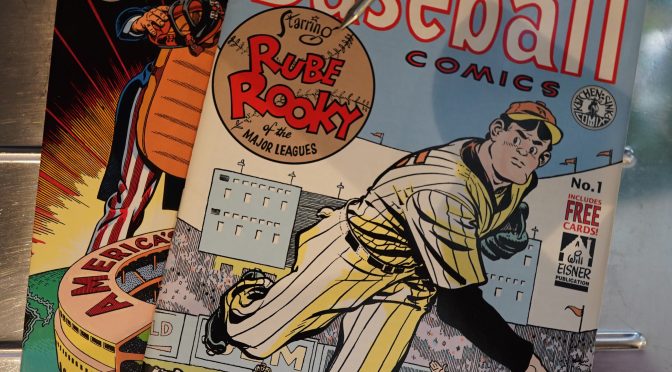 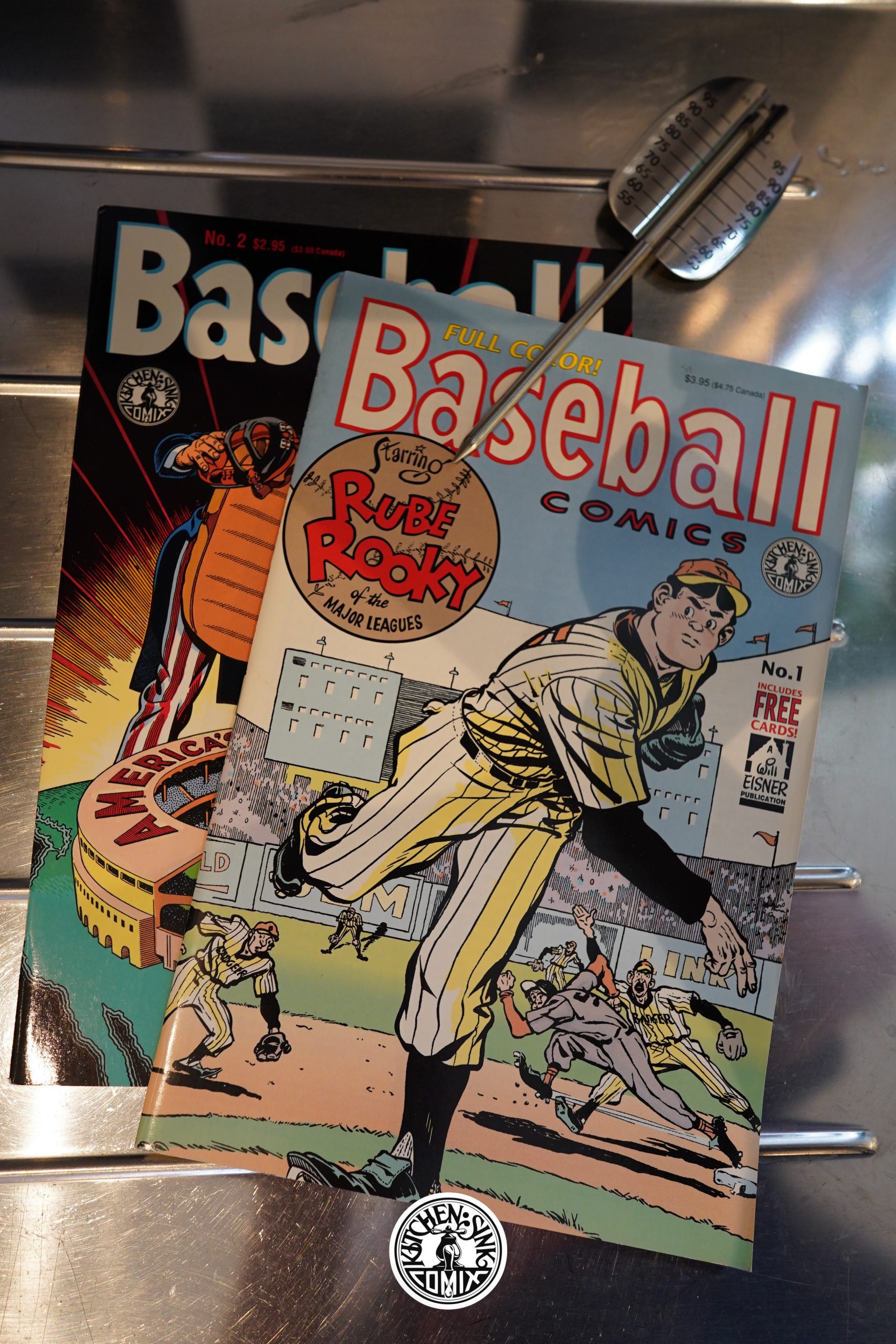 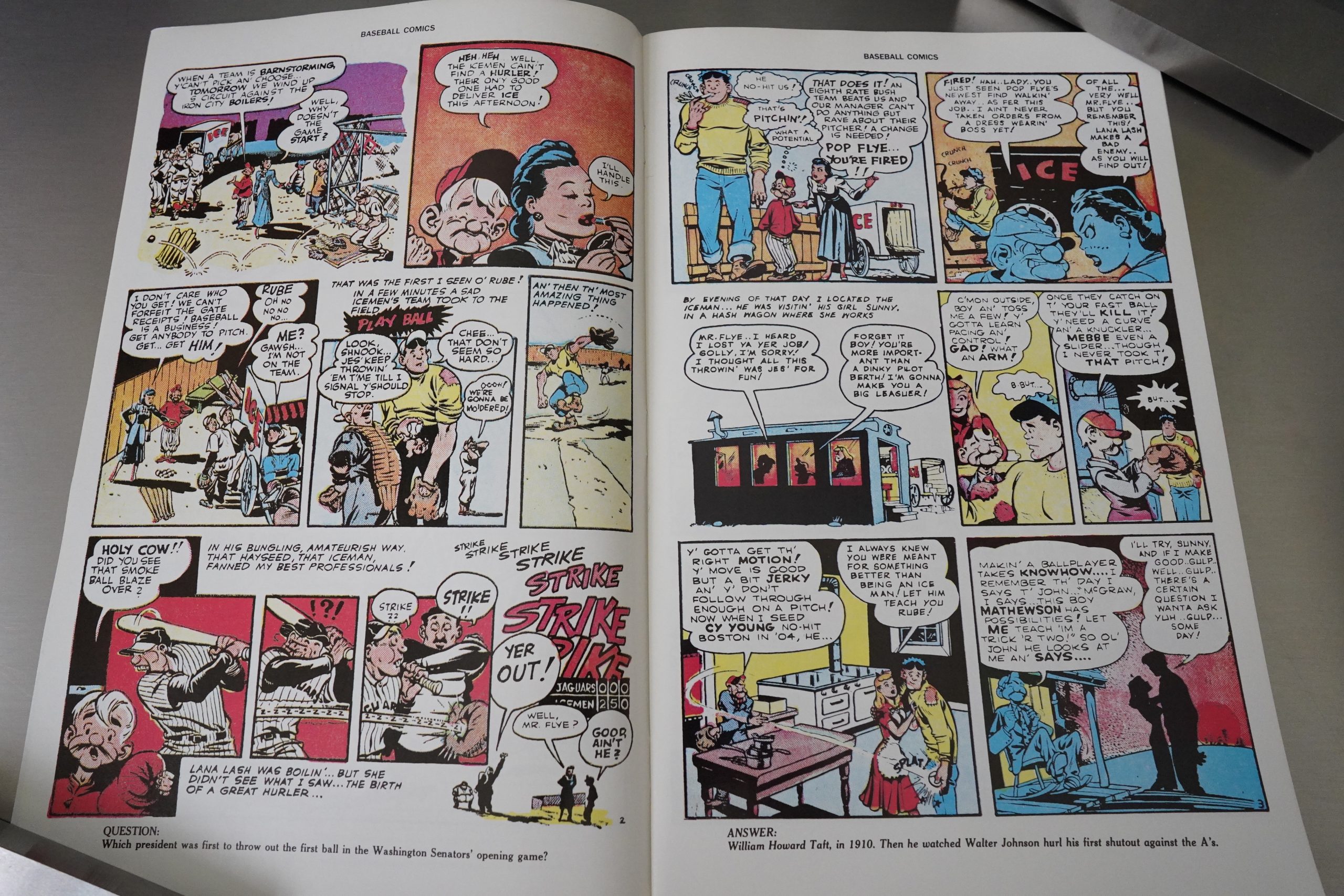 This is a very strange reprint project. In the late 40s, Eisner launched this series, but due to bad sales, it only lasted one issue. So reprinting it makes sense — there’s probably people curious to have a look at this — but at the then-exorbitant price of $4, and on shiny paper (but not re-coloured?), it’s an odd duck.

It doesn’t help that this is pretty turgid material. But then again, I’m not a baseball fan. 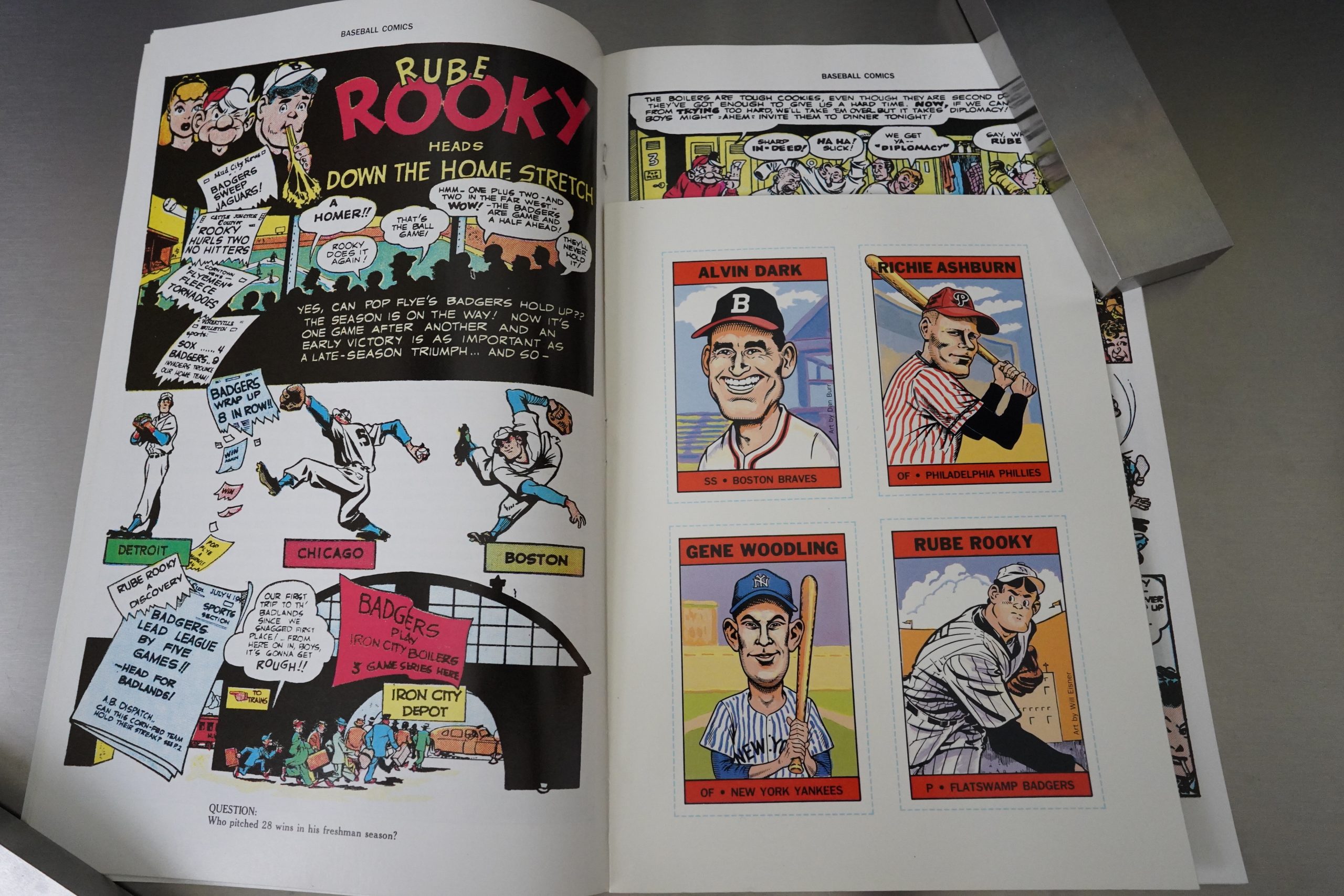 We also get some baseball cards. 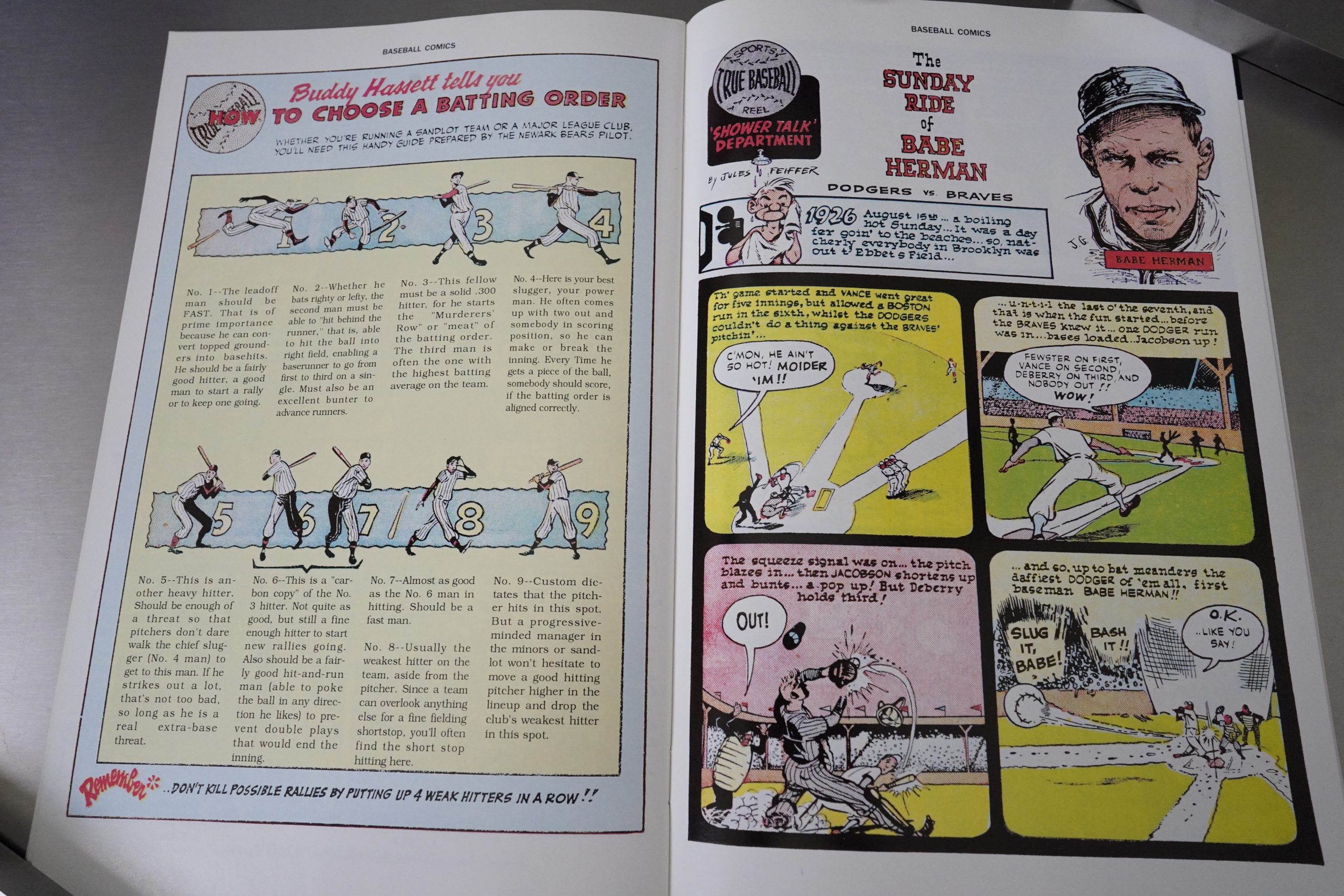 This apparently reprints all the material in the original issue, including stats and a short essay, and there’s a backup story mostly by Jules Feiffer. (It’s not very interesting, either.) 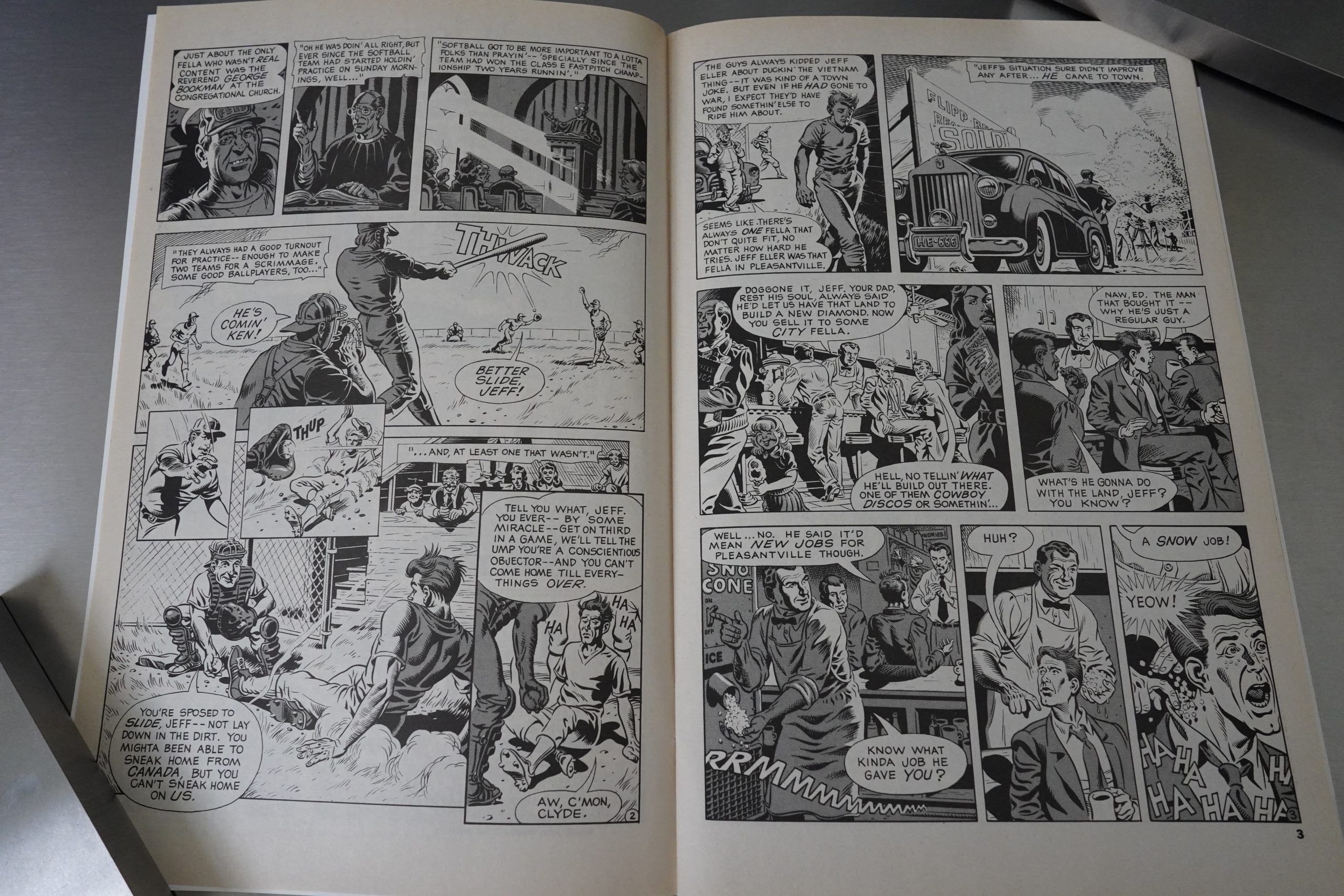 But the reason I’m saying this is a weird book isn’t the first issue — sure, why not? It’s not actually good, but people will be interested. The second issue, however, is just… “er, what?” It reprints a 20 page story published in Death Rattle just a few years earlier (with nice artwork by Rand Holmes). It’s about baseball (sort of), so… er… that makes sense? 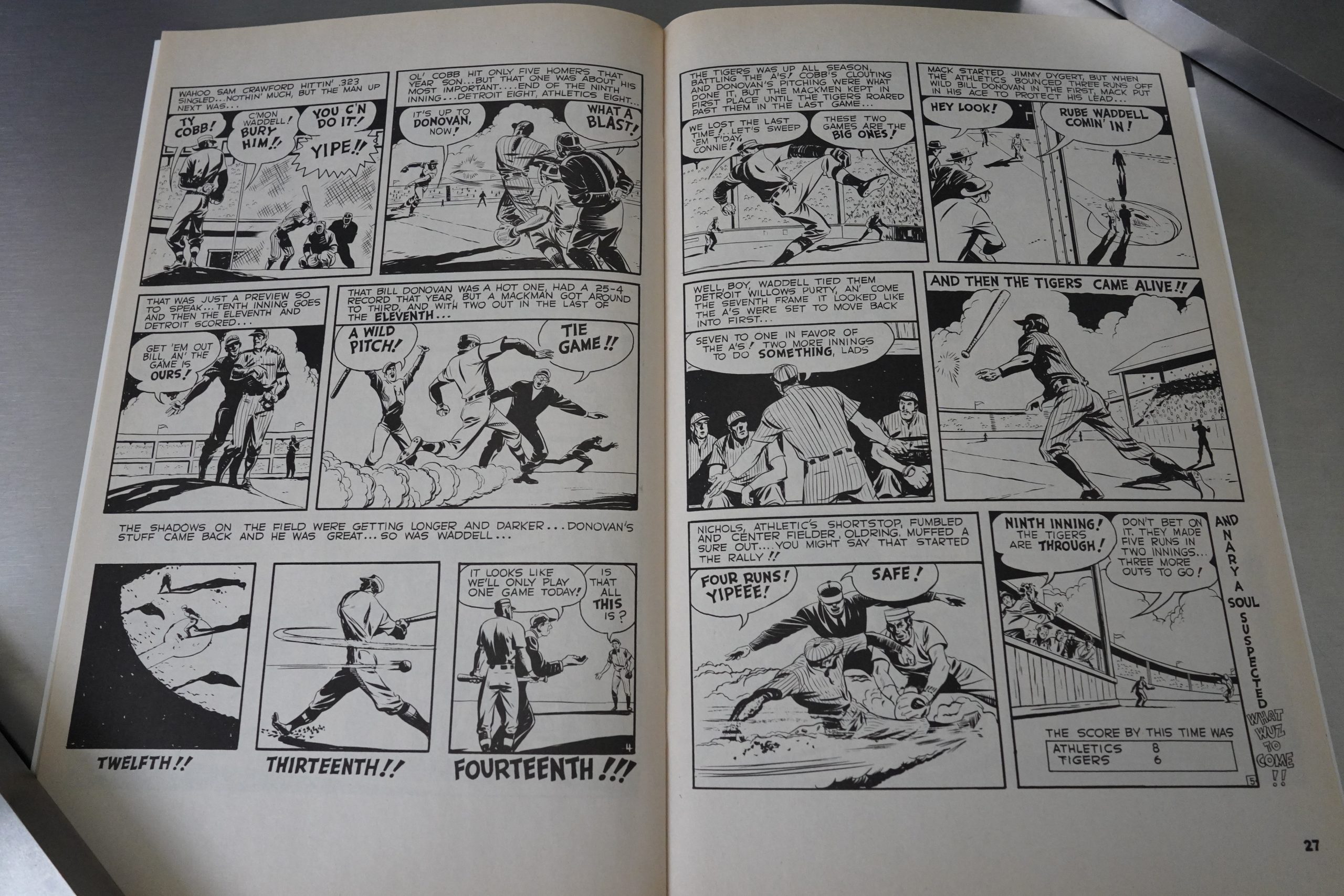 Filling out the issue, we have a Spirit story that was based on a story meant to be published in the original Baseball Comics #2. So is the reason Kitchen did the second issue just because he forgot to put those eight pages into the first book? And then padded it out with 20 pages of reprints of something nobody wanted to see reprinted?

Or just a cash grab from confused Eisner fans (who will already have that Spirit story in one of the Spirit reprint books)?

This is the one hundred and twenty-sixth post in the Entire Kitchen Sink blog series.