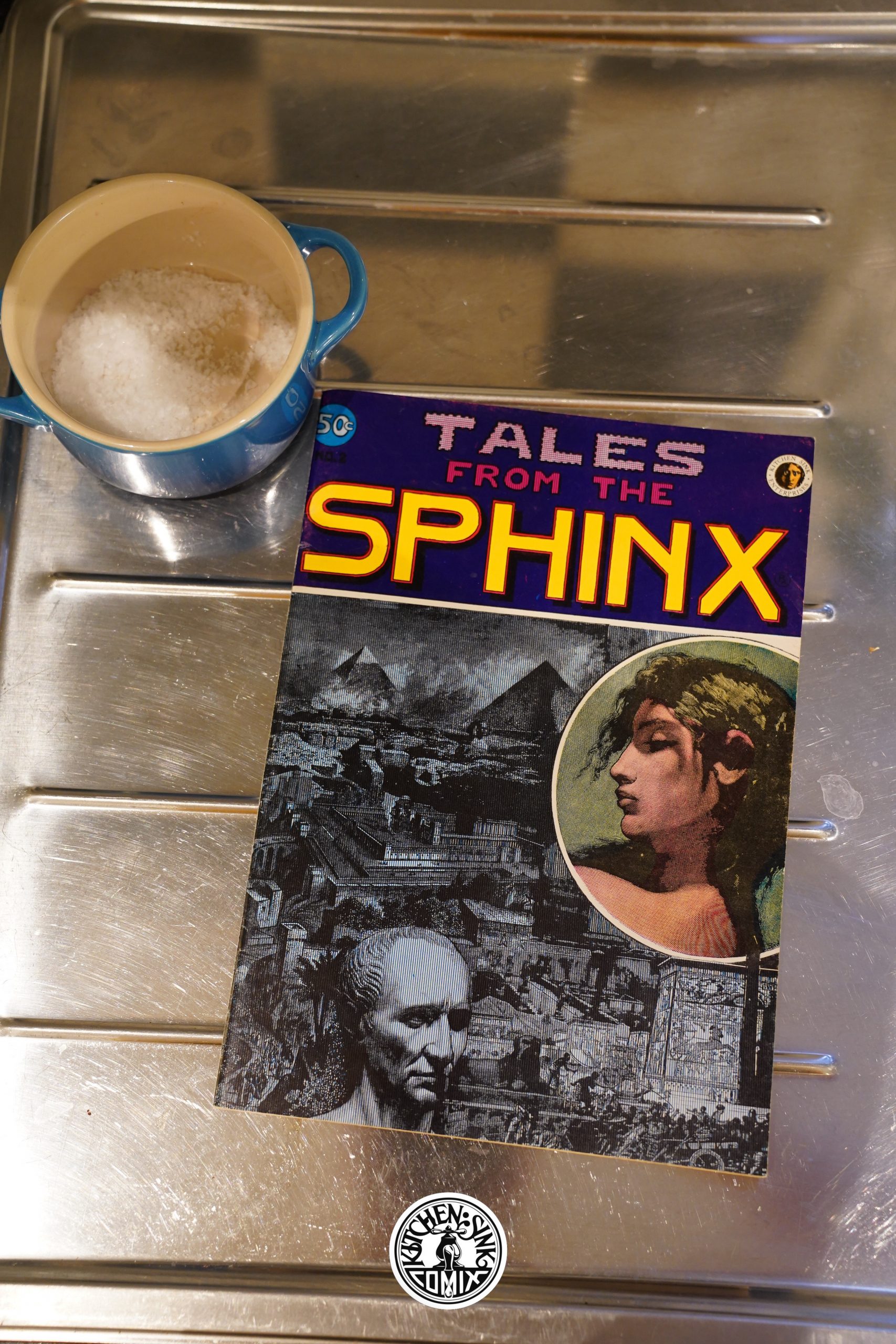 I don’t know who published the first issue of this (comics.org doesn’t have it in their database), but Print Mint published the third issue. 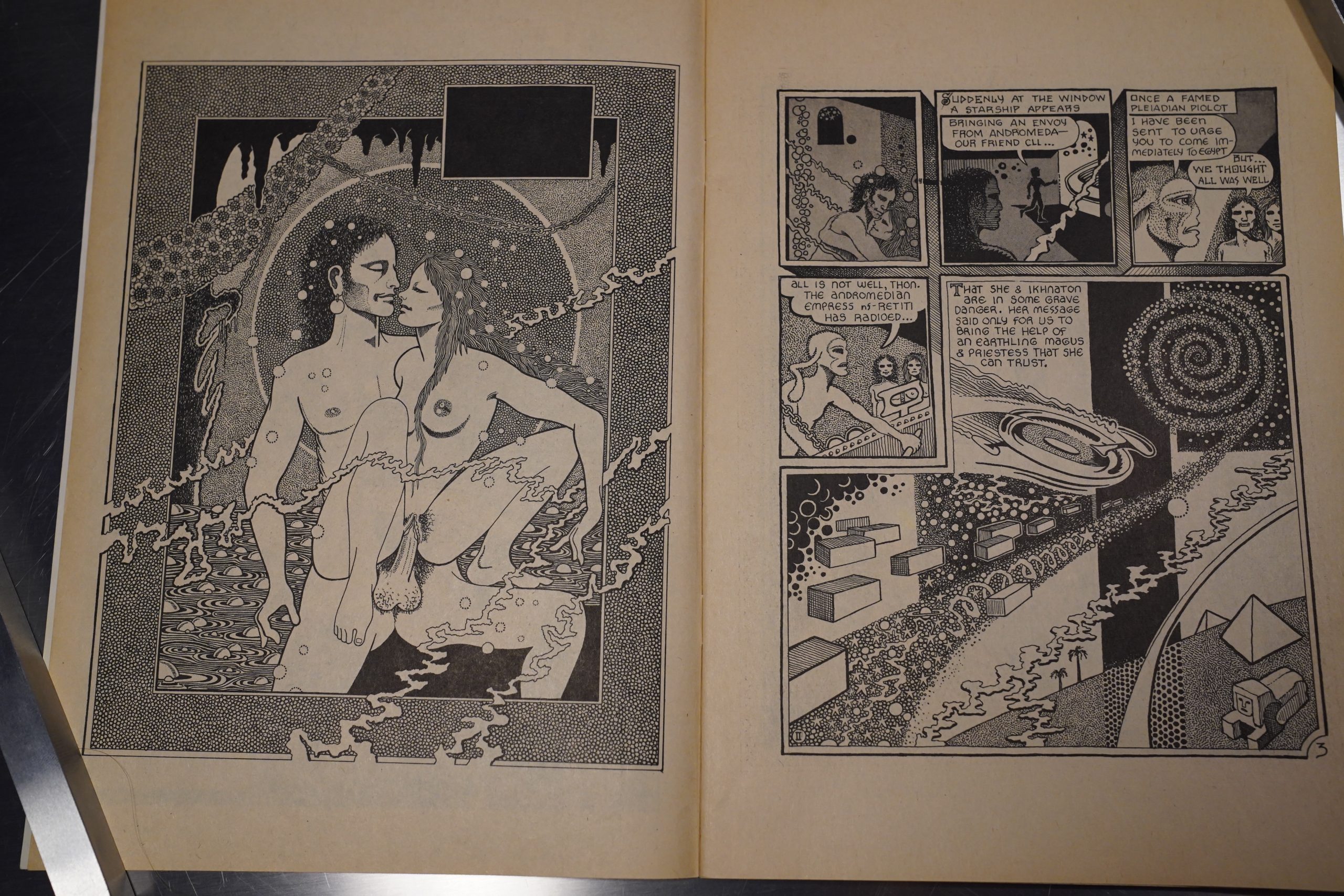 The main story in this issue is about… er… uhm… it had something to do with Egypt? And tantric sex? It’s very trippy, anyway. 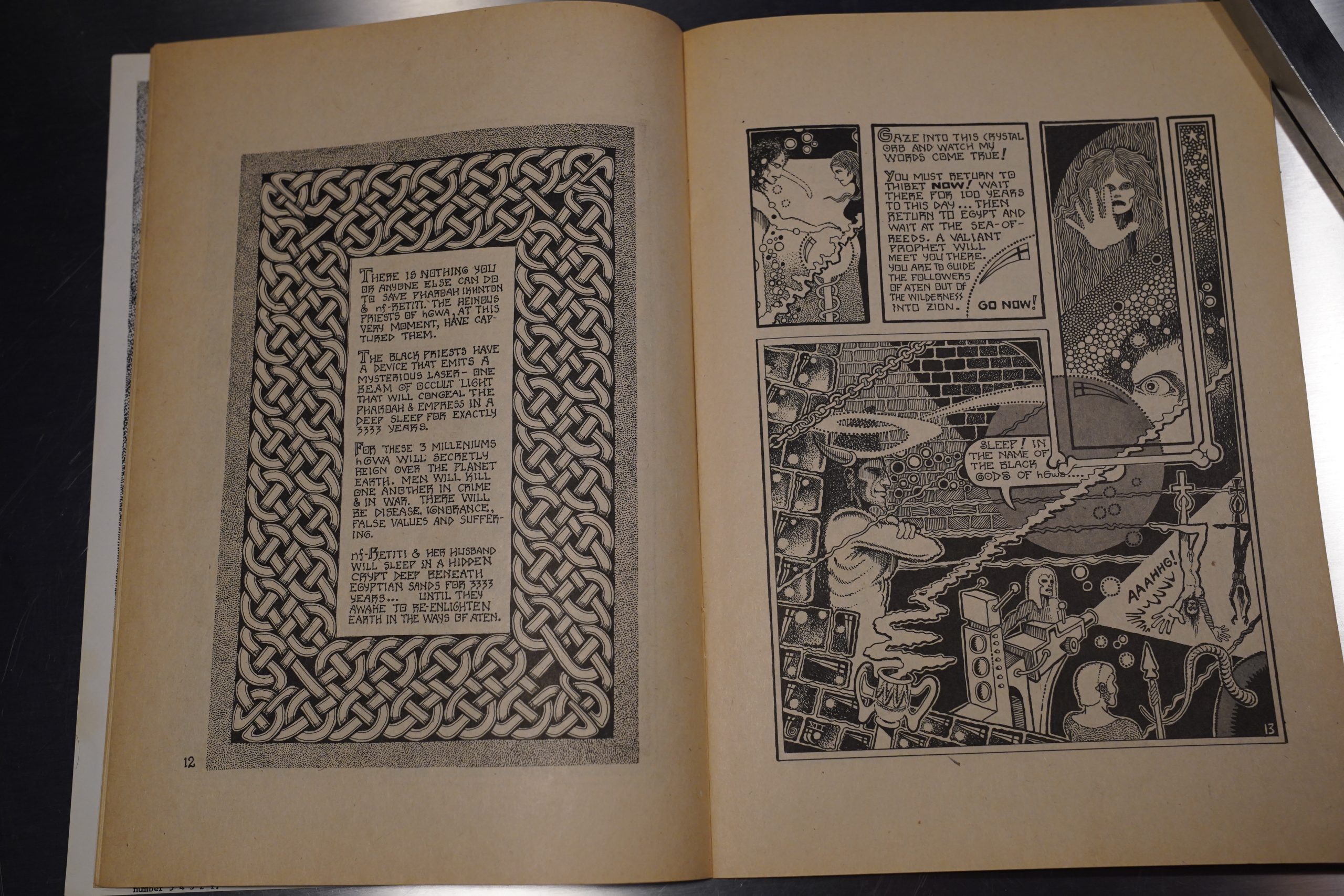 Thompson’s artwork is quite appealing — it’s got a kind of interesting stiffness to it, paired with some cool rendering choices. I didn’t get a lot out of the story, though whatever it was. 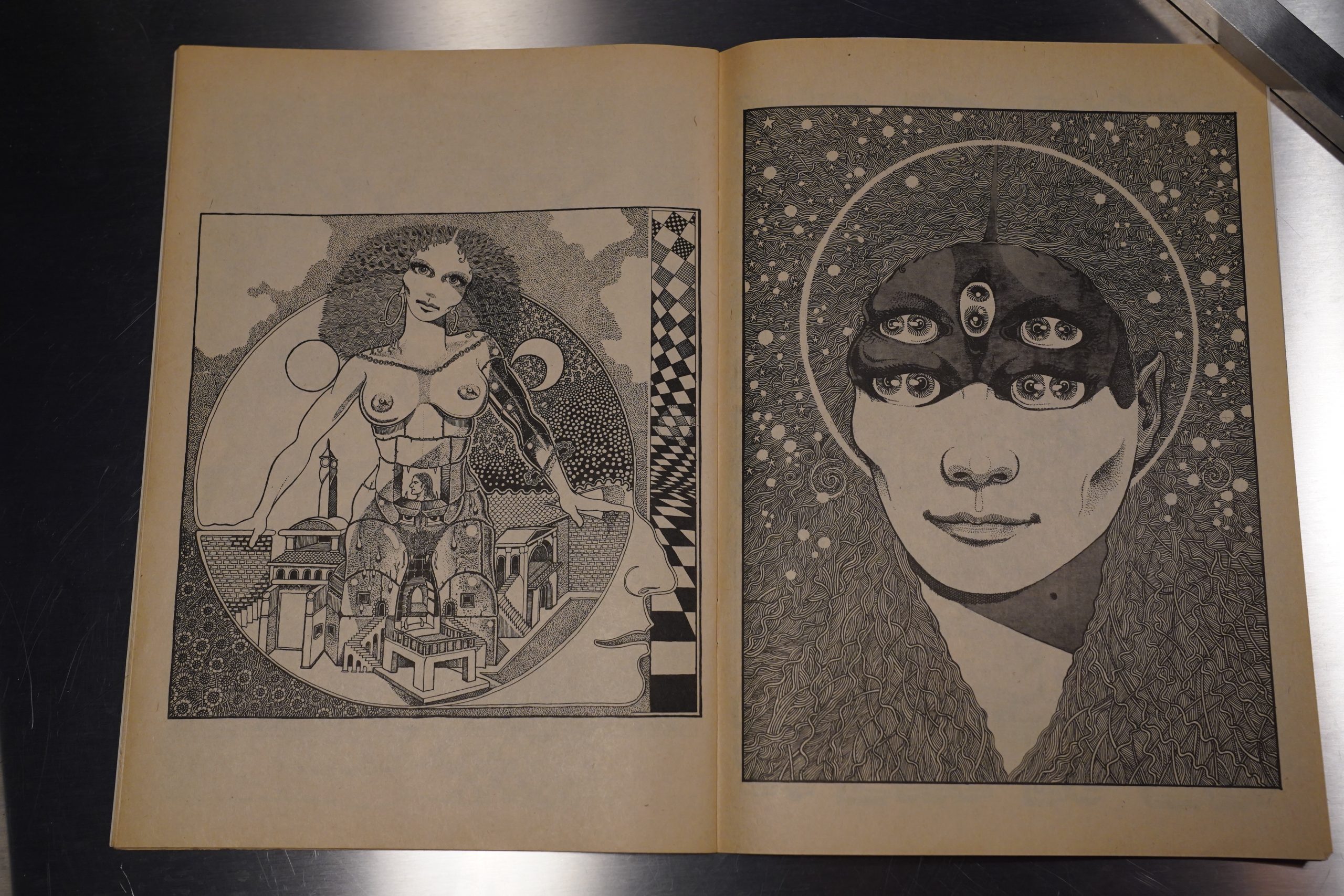 And then the issue rounds out with eight drawings. Trippy!

Sphinx Comics was published in 1972, beginning with issue #2. What about the first issue, you may ask? Well, it’s common knowledge to veteran underground comix aficionados that Sphinx #1 was never published.

Thompson became a popular creator of psychedelic rock concert posters, many of which were distributed by the Print Mint, so he got to know the owner, Don Schenker, and became friends with other poster artists like Rick Griffin.

So that explains it.

This is the twenty-first post in the Entire Kitchen Sink blog series.