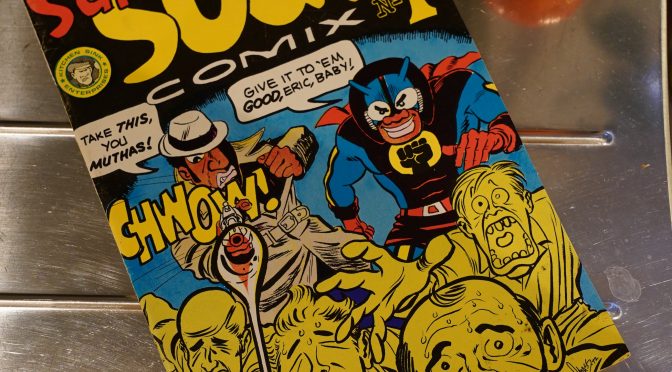 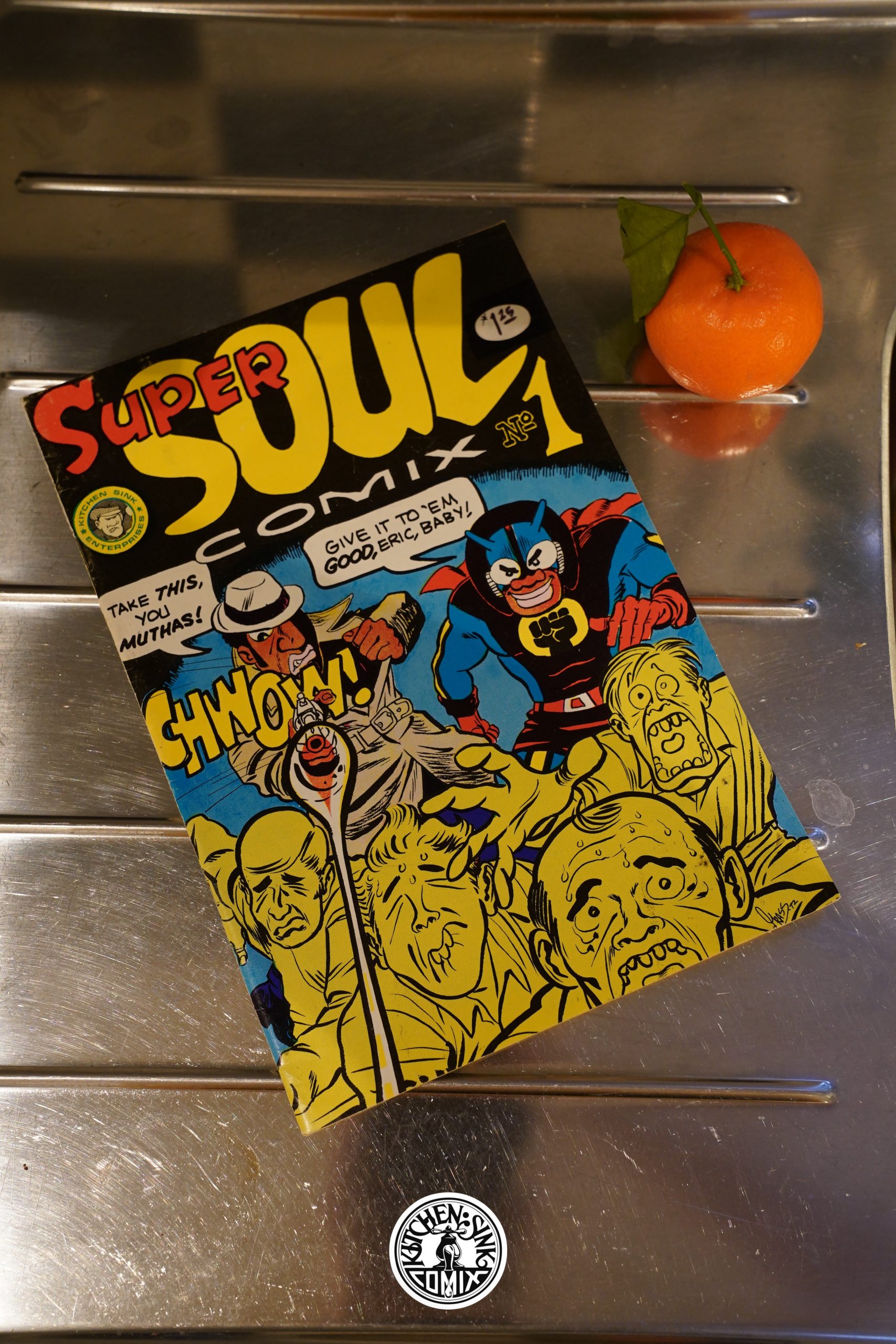 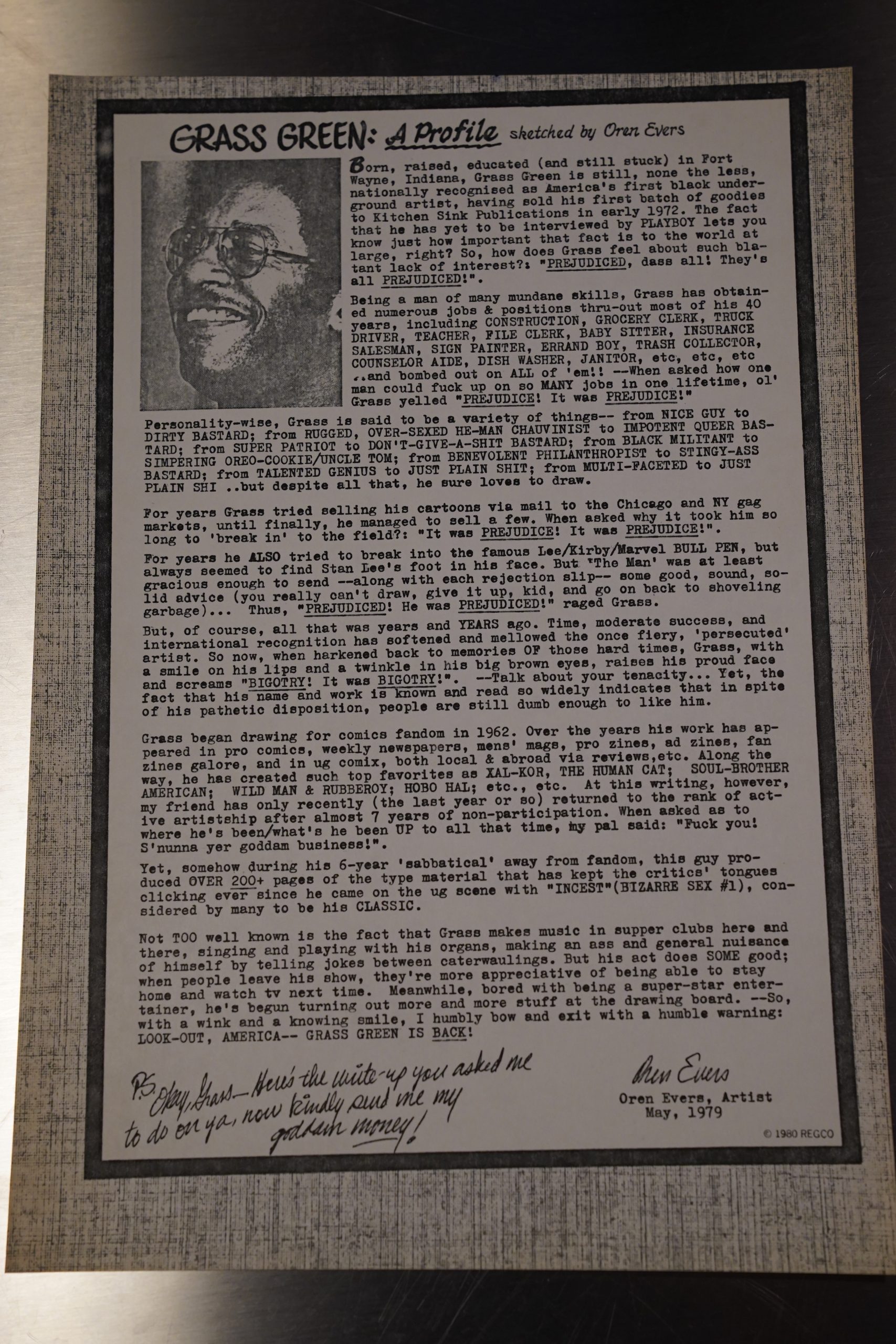 My copy of this book comes with a tipped-in sheet with a biography of Green, apparently written in 1979… 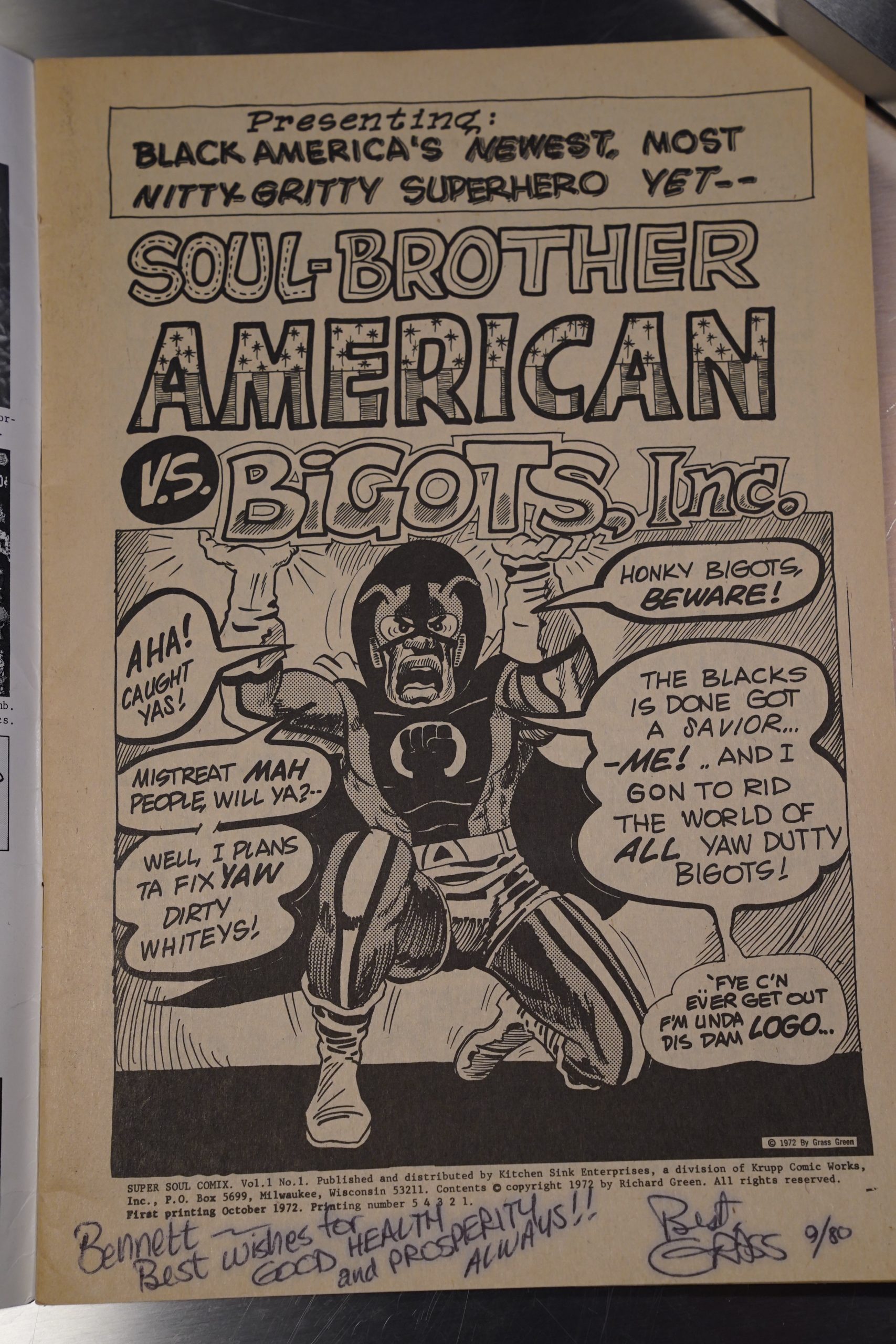 … and it’s signed (in 1980), to boot. But I guess this means that Green had a lot of copies lying around almost a decade after this was originally published? 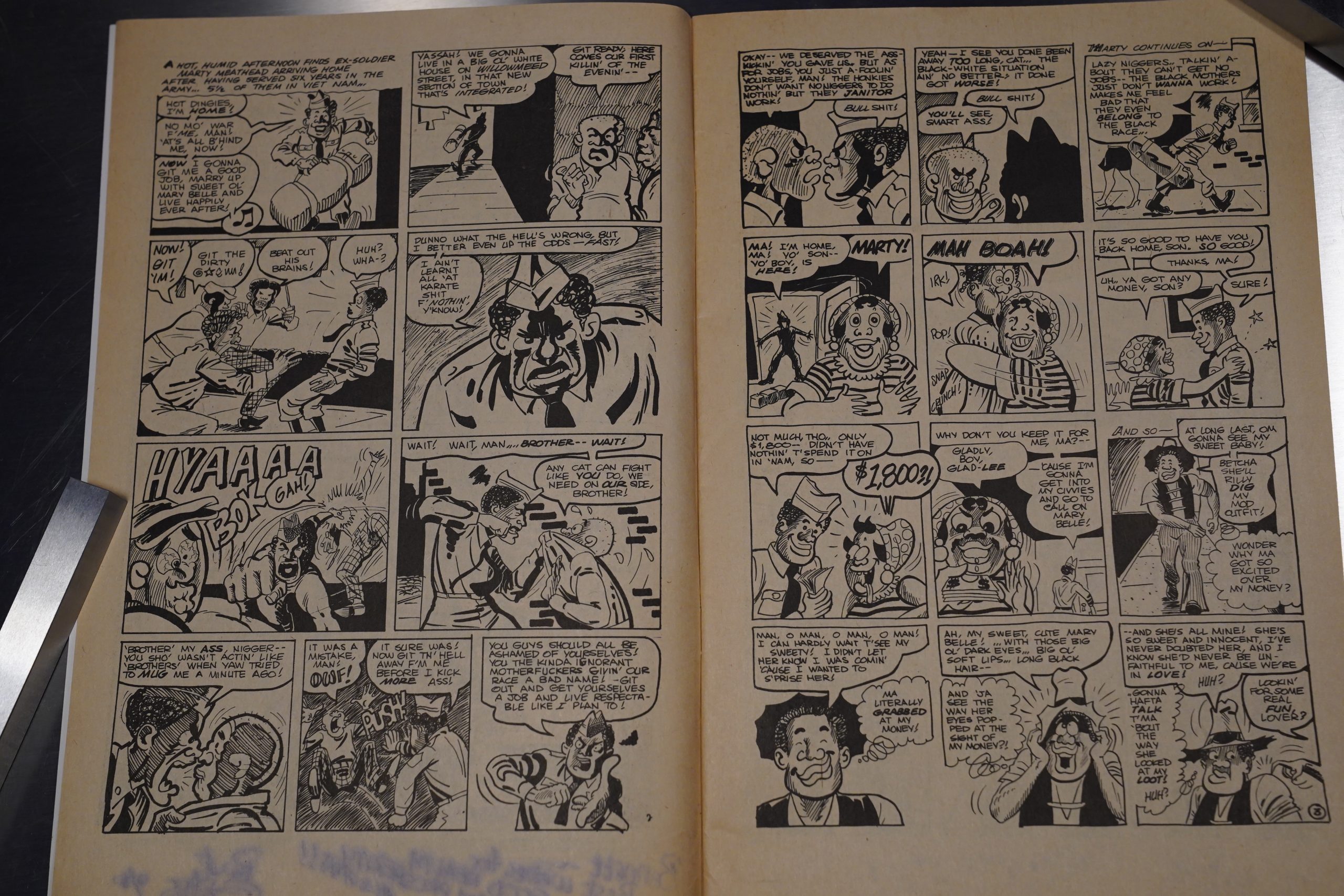 Anyway, as usual with Green, we get a bunch of gags, none of which are actually all that funny, loosely strung together into a story of sorts. 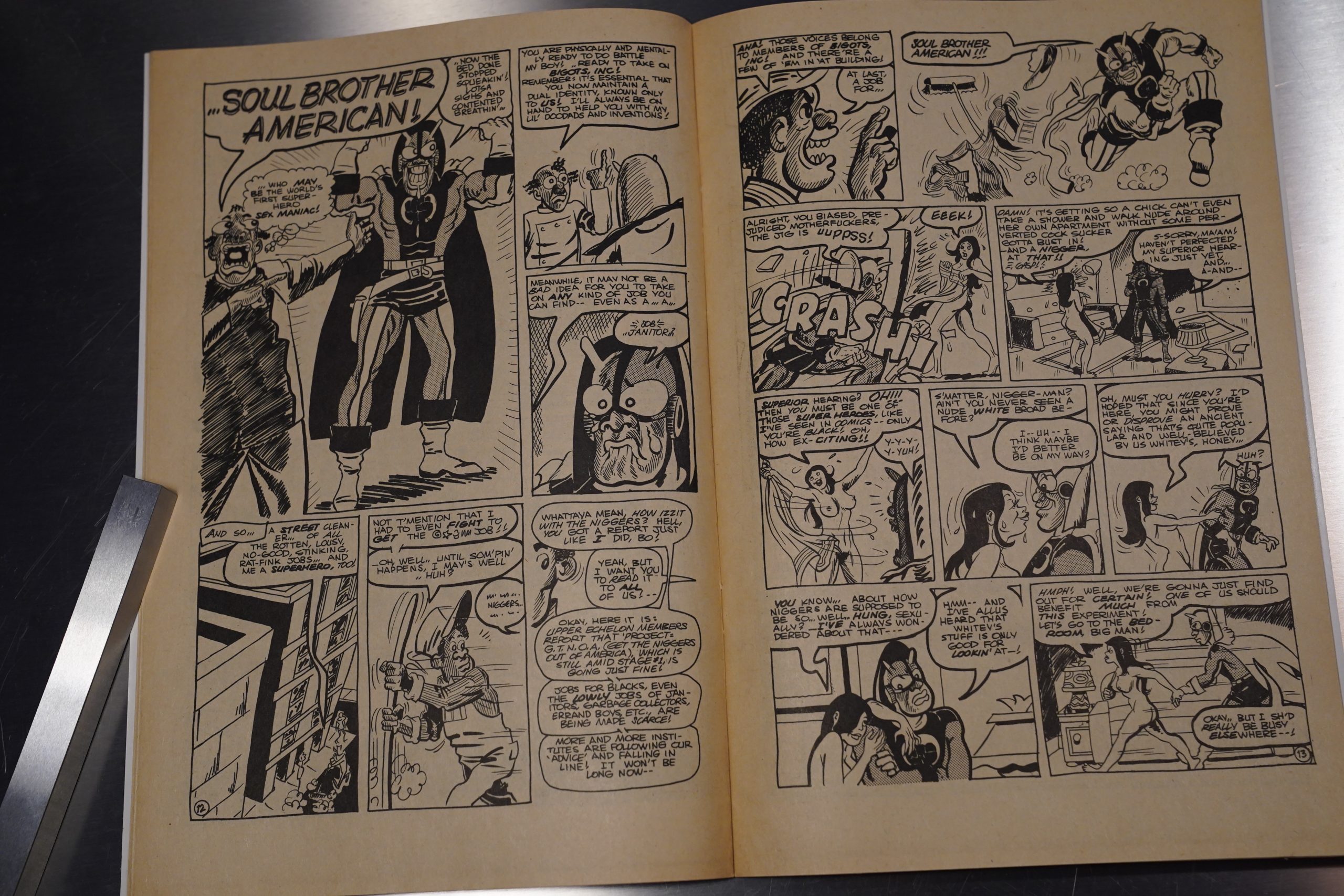 And as usual, we end up with a kind of super-hero parody thing.

I get where Green is coming from — it’s got a very fanzine feeling — but this is so not my kind of thing that it was a real chore to get through it.

I’m not sure I found any of the jokes funny? But that might just be me.

The Comix Joint guy liked it:

Super Soul Comix is one of Green’s most mature works amonst his early comic books, and a bit ground breaking with a black superhero. Green provides a showcase for a positive, sympathetic black character that remained utterly true to his origins and culture, which is no small trick. 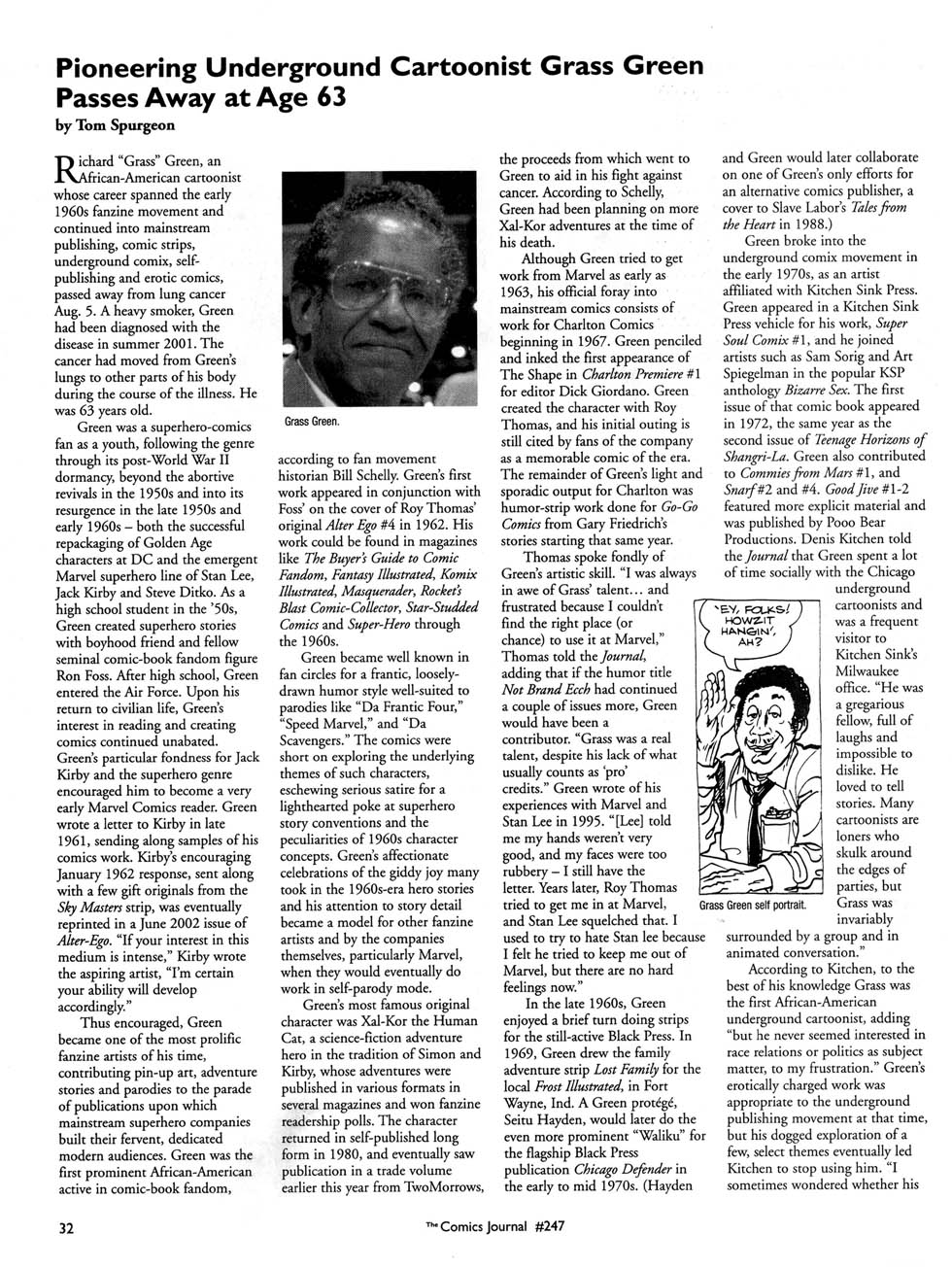 This is the twentieth post in the Entire Kitchen Sink blog series.