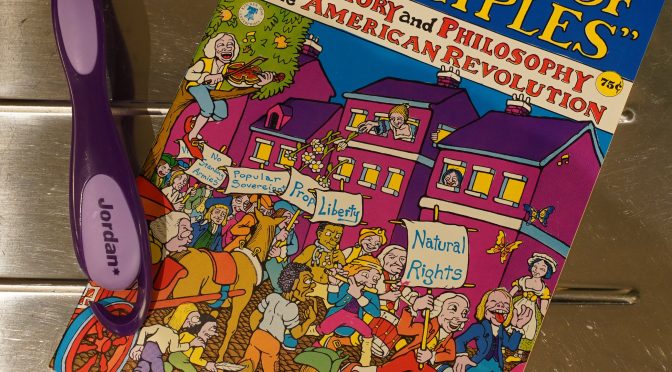 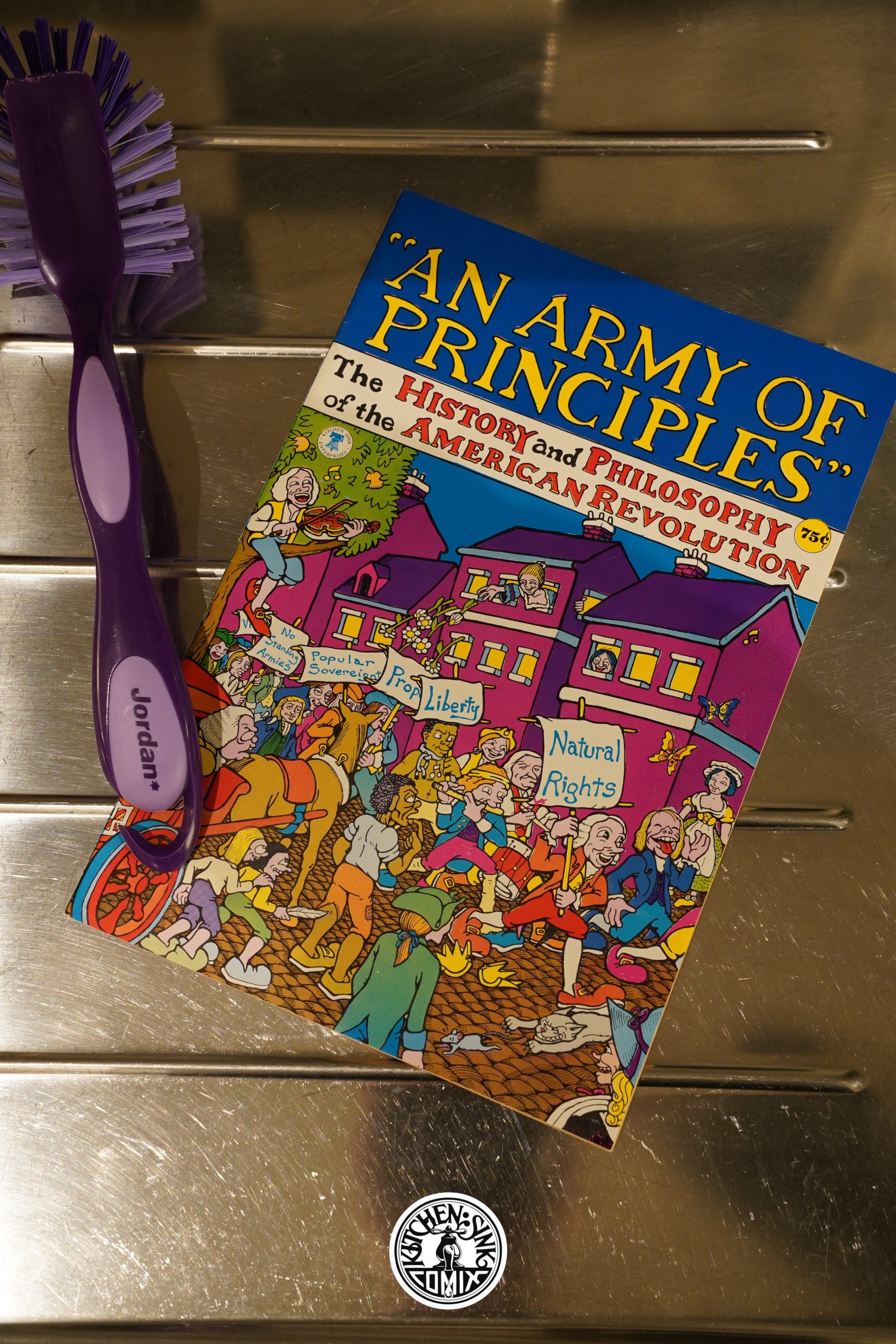 Leonard Rifas would later publish a number of comics under the Educomics banner, if I recall correctly, and I find it amusing that he points out in the indicia that this book isn’t satire or anything, but historical fact.

Rifas was also behind the US publication of I Saw It, Keiji Nakazawa’s comic about the Hiroshima bombing. 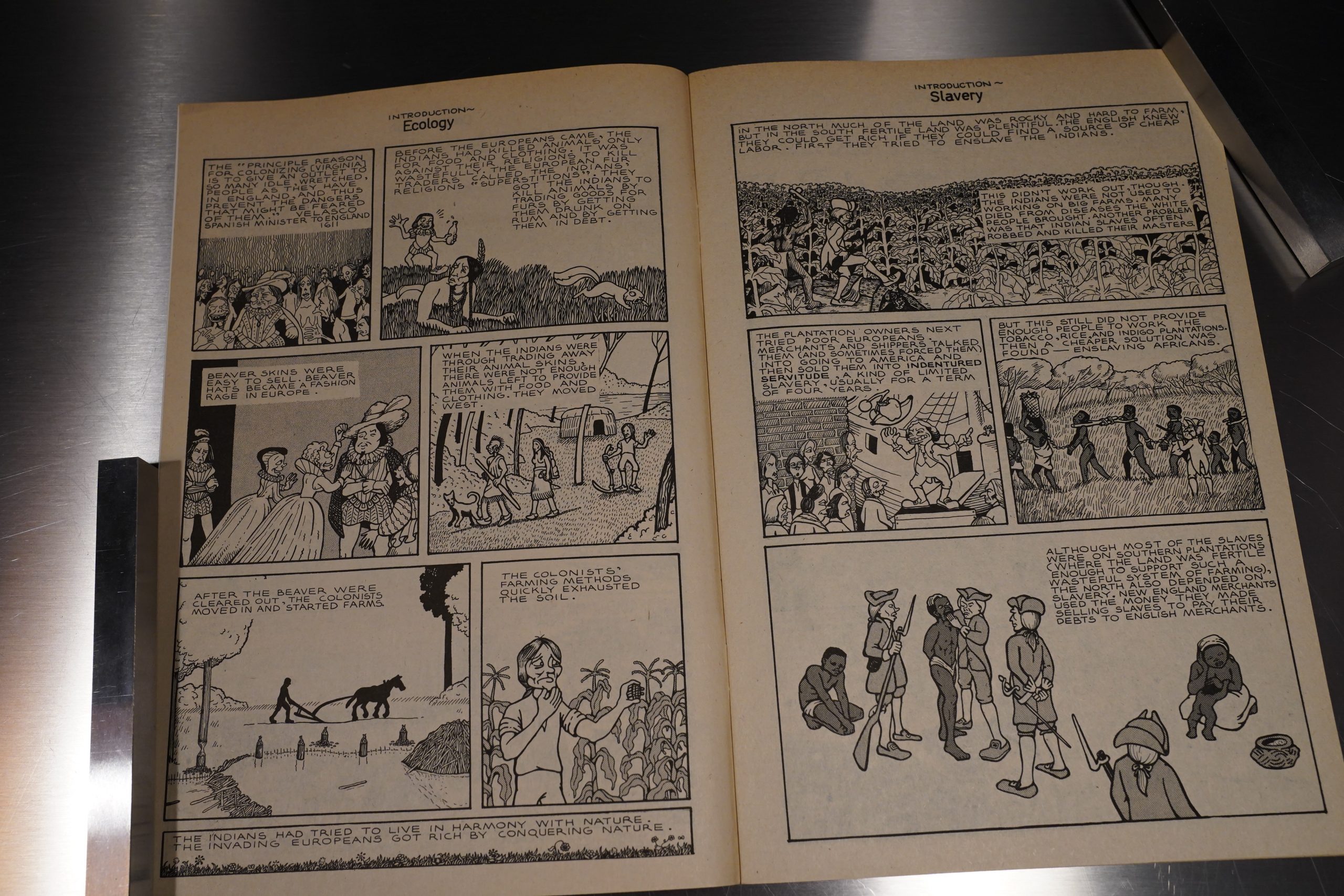 And… while I like Rifas’ later comics, this is pretty hard sledding. It’s like reading an indifferently illustrated Wikipedia article. The artwork doesn’t bring much to the table, and the infodumps aren’t very interesting (at least not to me). 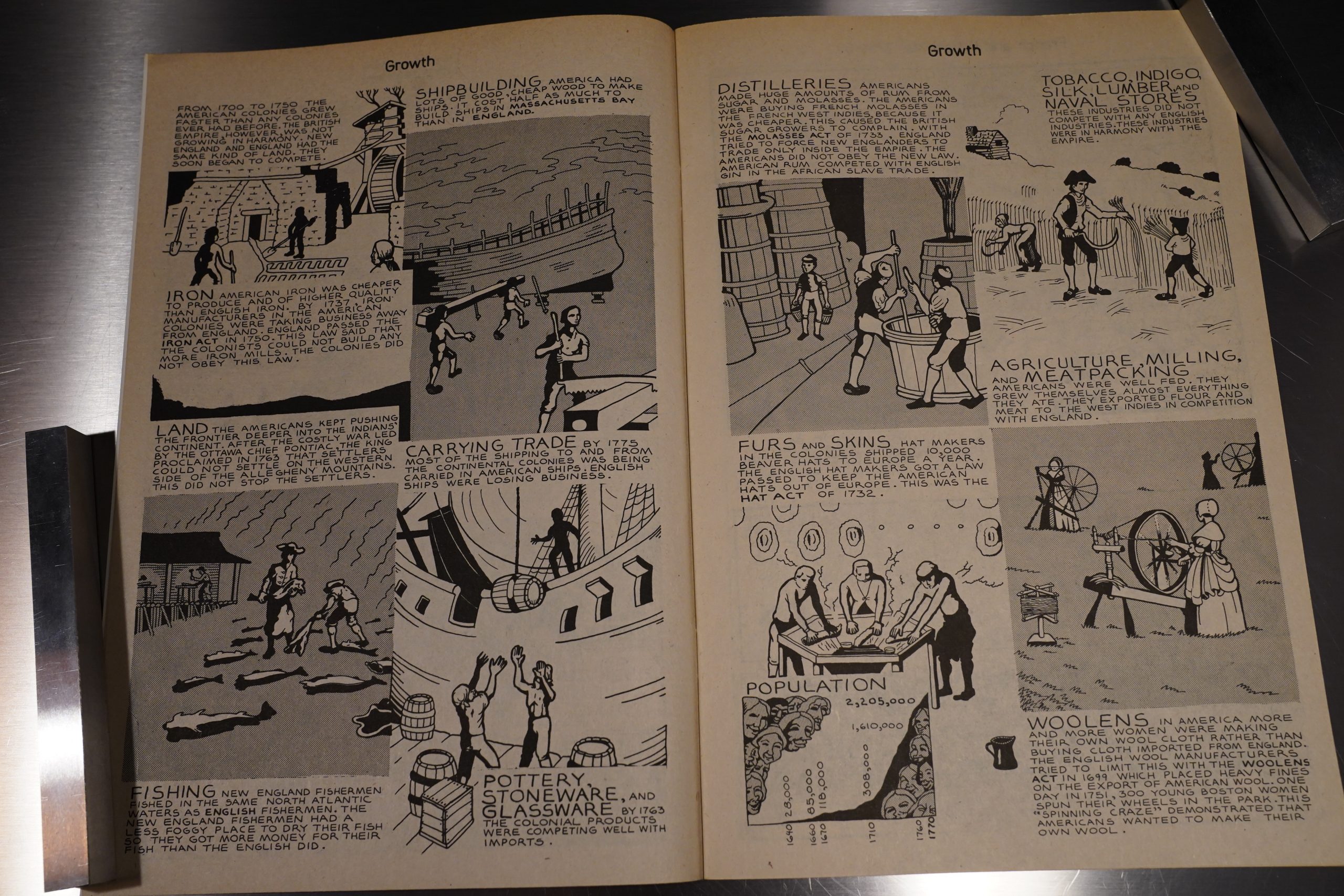 So when I got to pages like this, I just started skimming, because I’m really not interested. Sorry! Perhaps this is a brilliant, insightful book, but I’ll never find out. 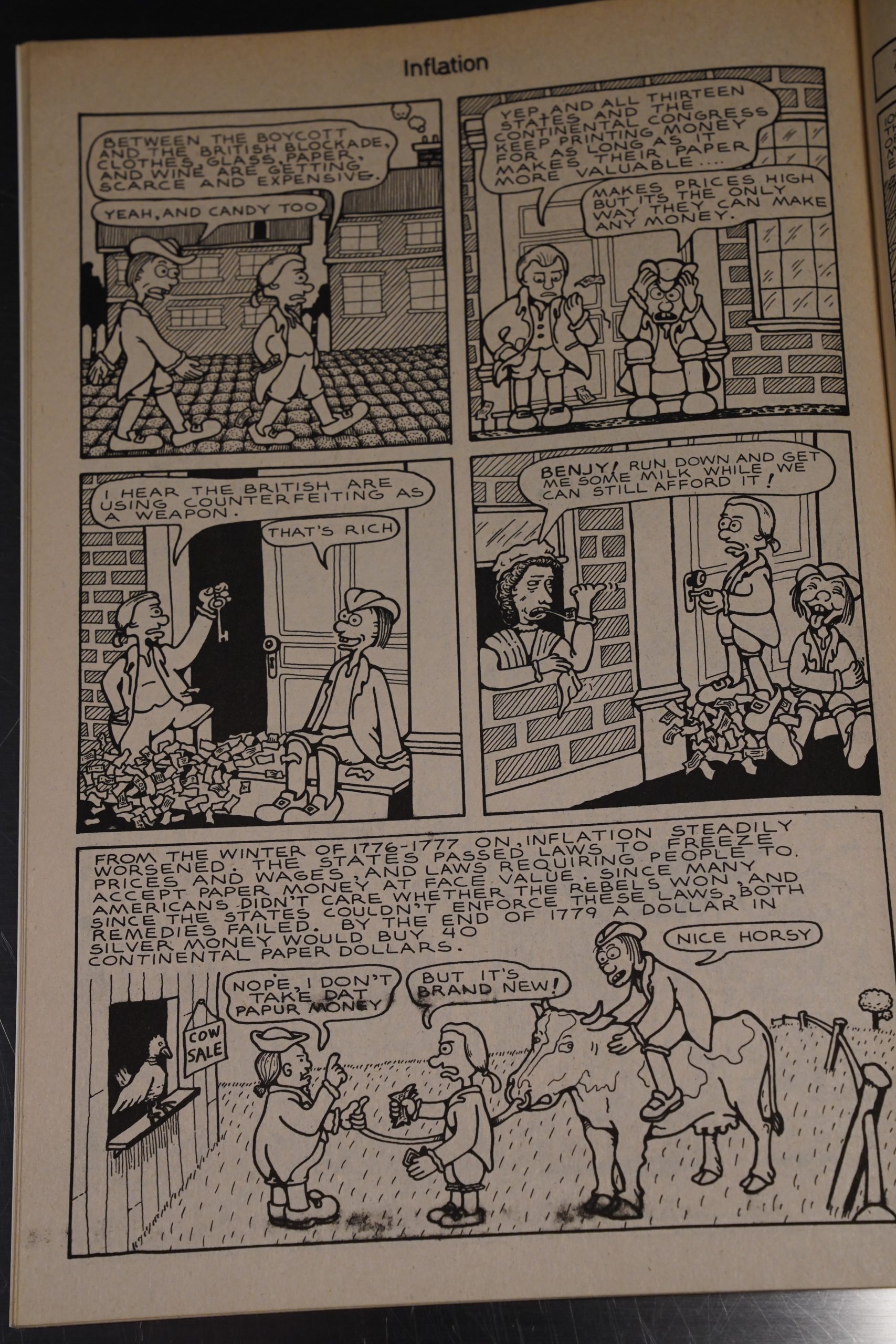 The different sections have different pencillers (but Rifas apparently inked everything), so things look kinda different on a page-by-page basis. This is the only page that’s heavy on action.

Perhaps I should have actually read it:

An Army of Principles covers a lot of territory (literally and figuratively) with efficiency and is a surprisingly entertaining read.

This is the thirtieth post in the Entire Kitchen Sink blog series.