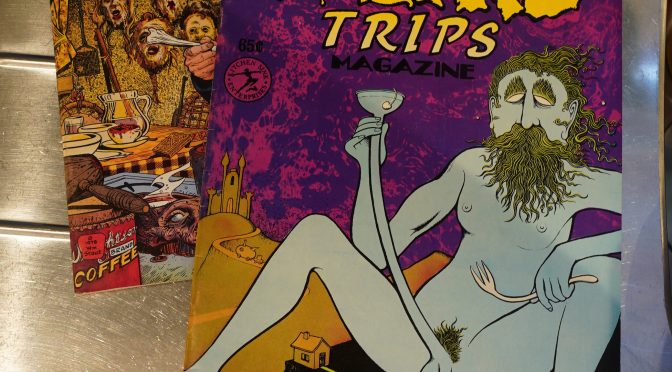 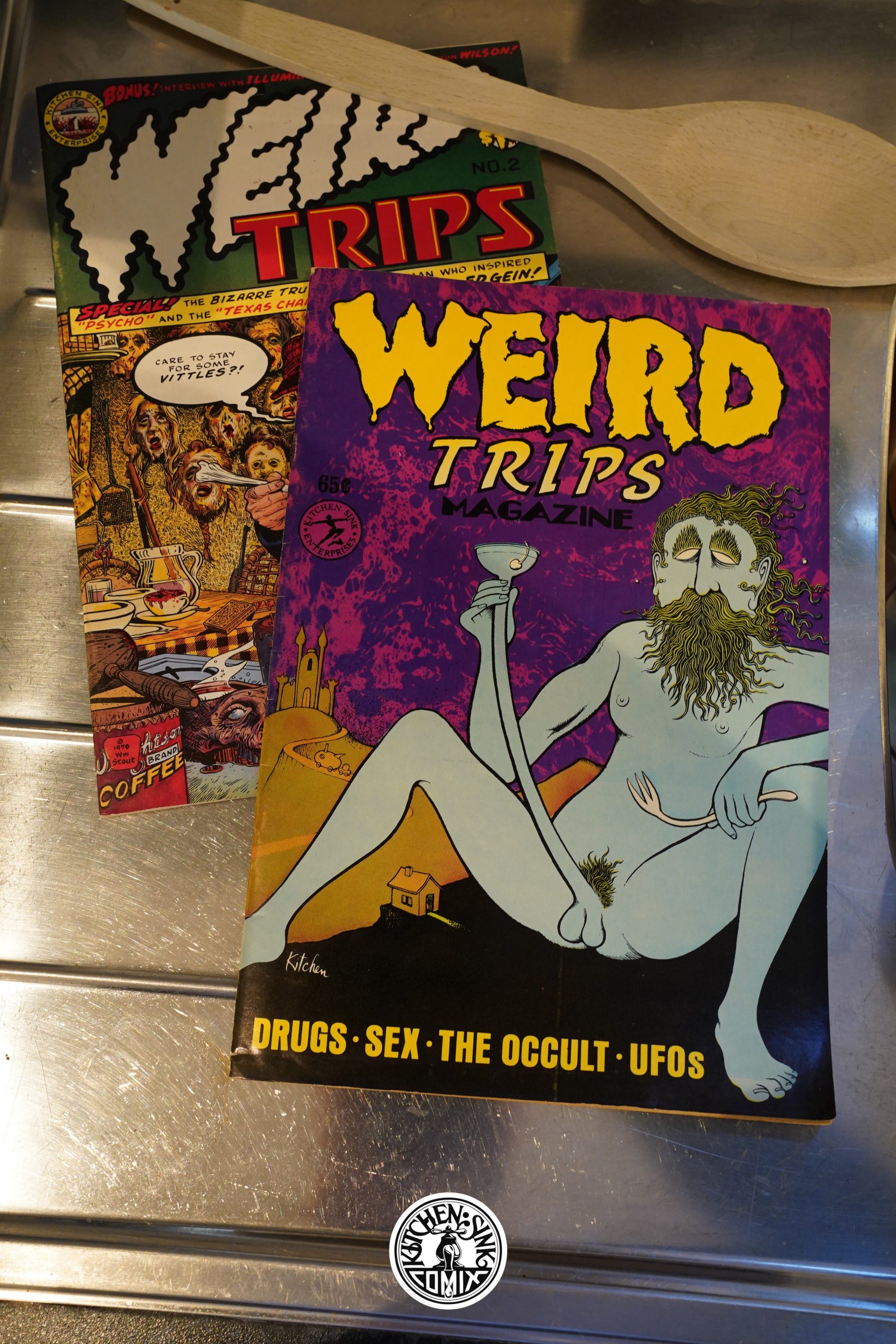 I assumed that this was going to be an anthology about drugs and fun stuff, but… 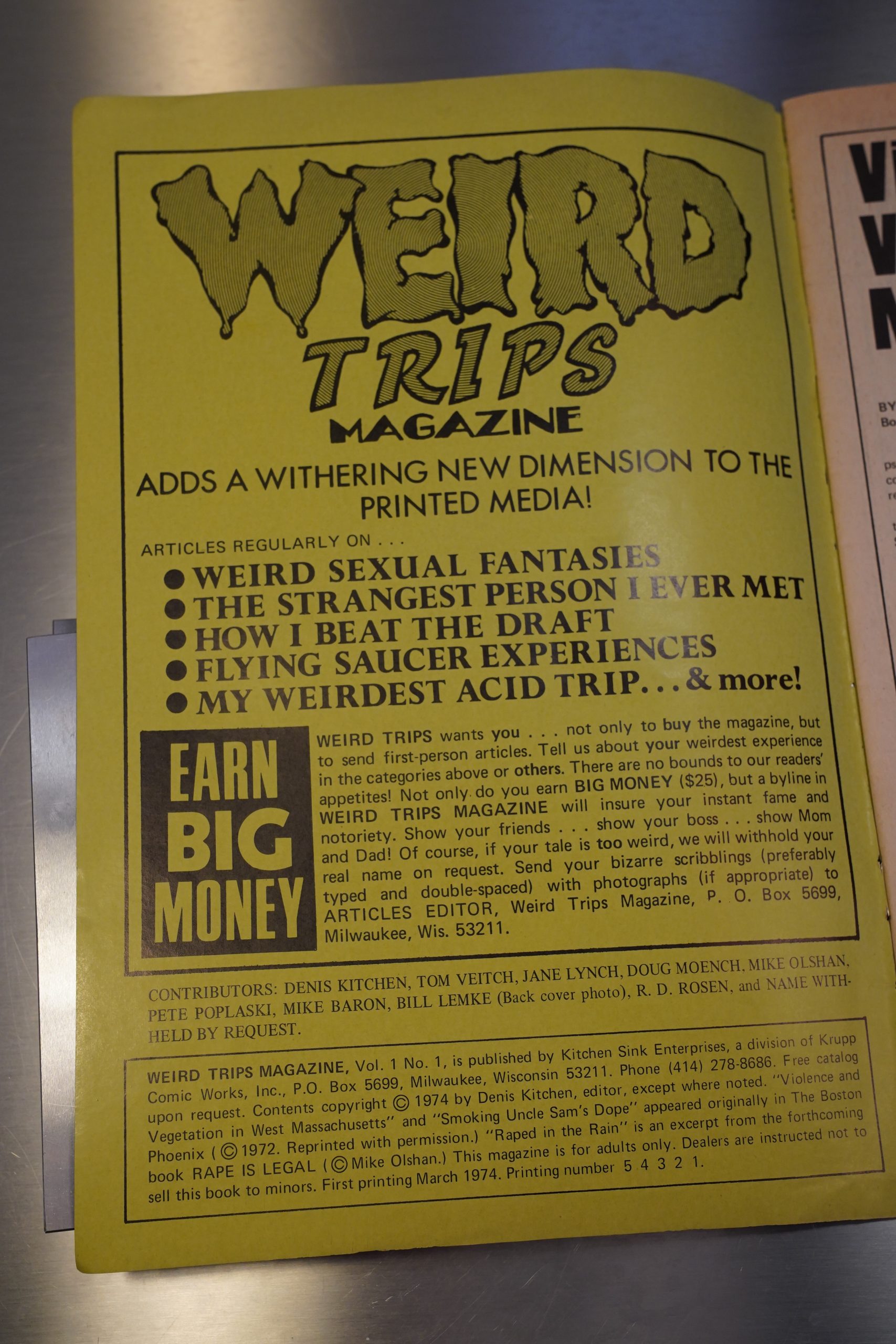 … it’s… They solicit stories about sensational and weird stuff? So they’re going for a Weekly World News kind of thing? 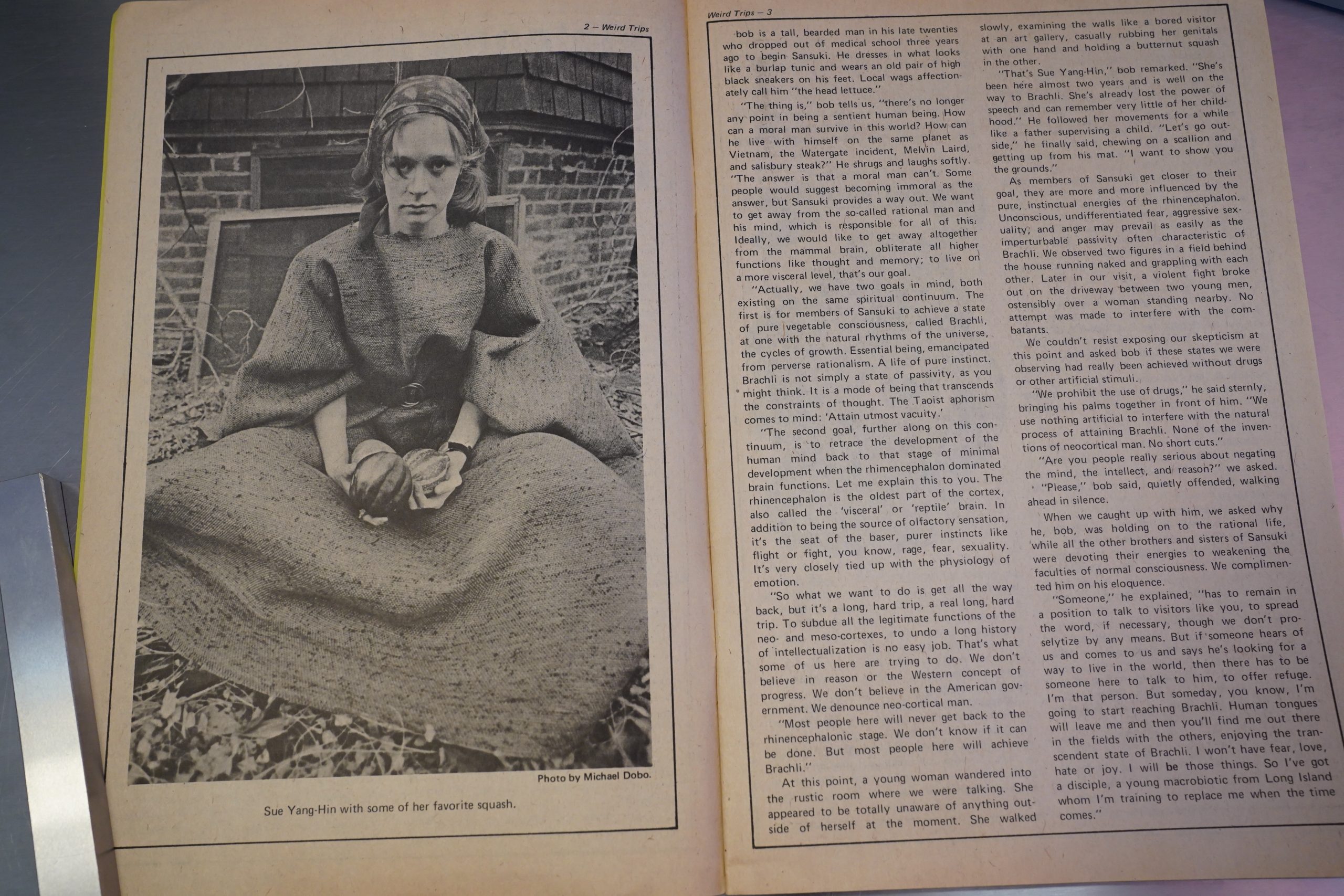 And it’s not comics. Instead it’s stories about people in cults, and people telling their stories about being abducted by UFOs, and… an interview of a woman who’d been raped?

There’s something deeply unsavoury about the book, and I have to confess that I started skimming pretty quickly.

Kitchen published 12 new titles in 1972, but this is the only new title debuting in 1974. All the underground publishers had been hit hard by the new laws concerning obscenity and head shops, so I guess it was time for Kitchen to try something else. 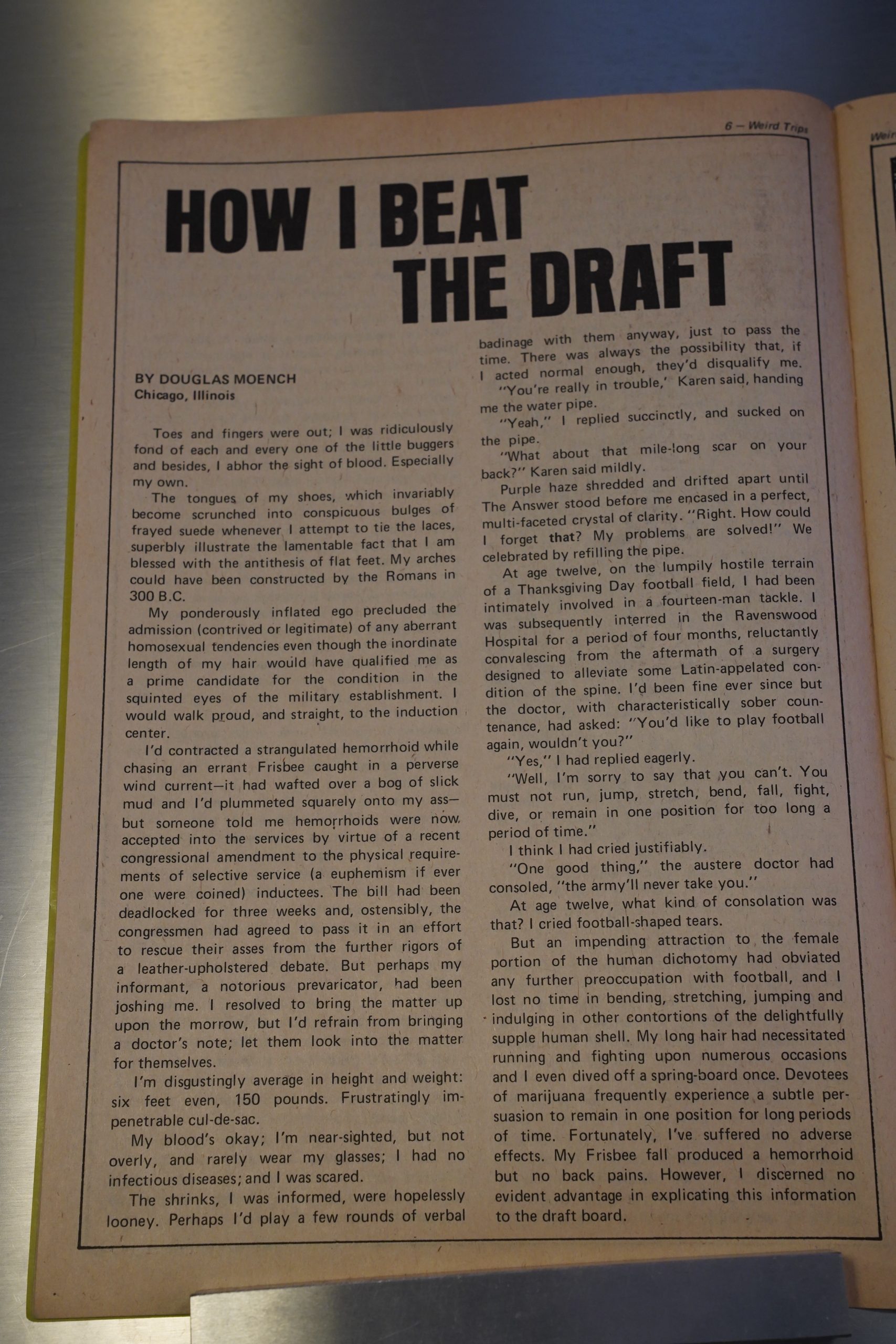 The story about how Doug Moench beat the draft seems more relevant. 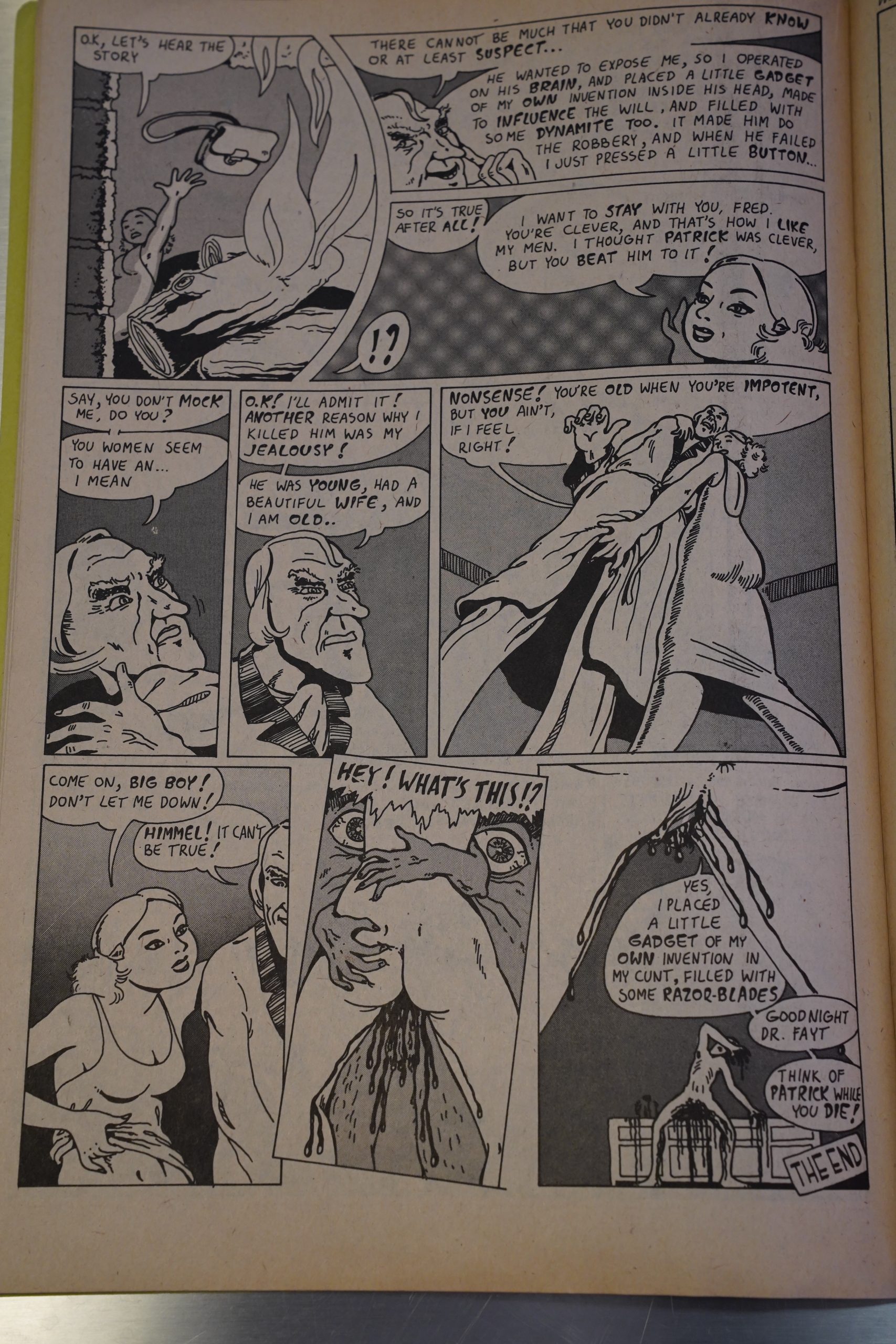 There’s only one comic in here, and it’s by Evert Geradts, but it doesn’t exactly make things less icky. 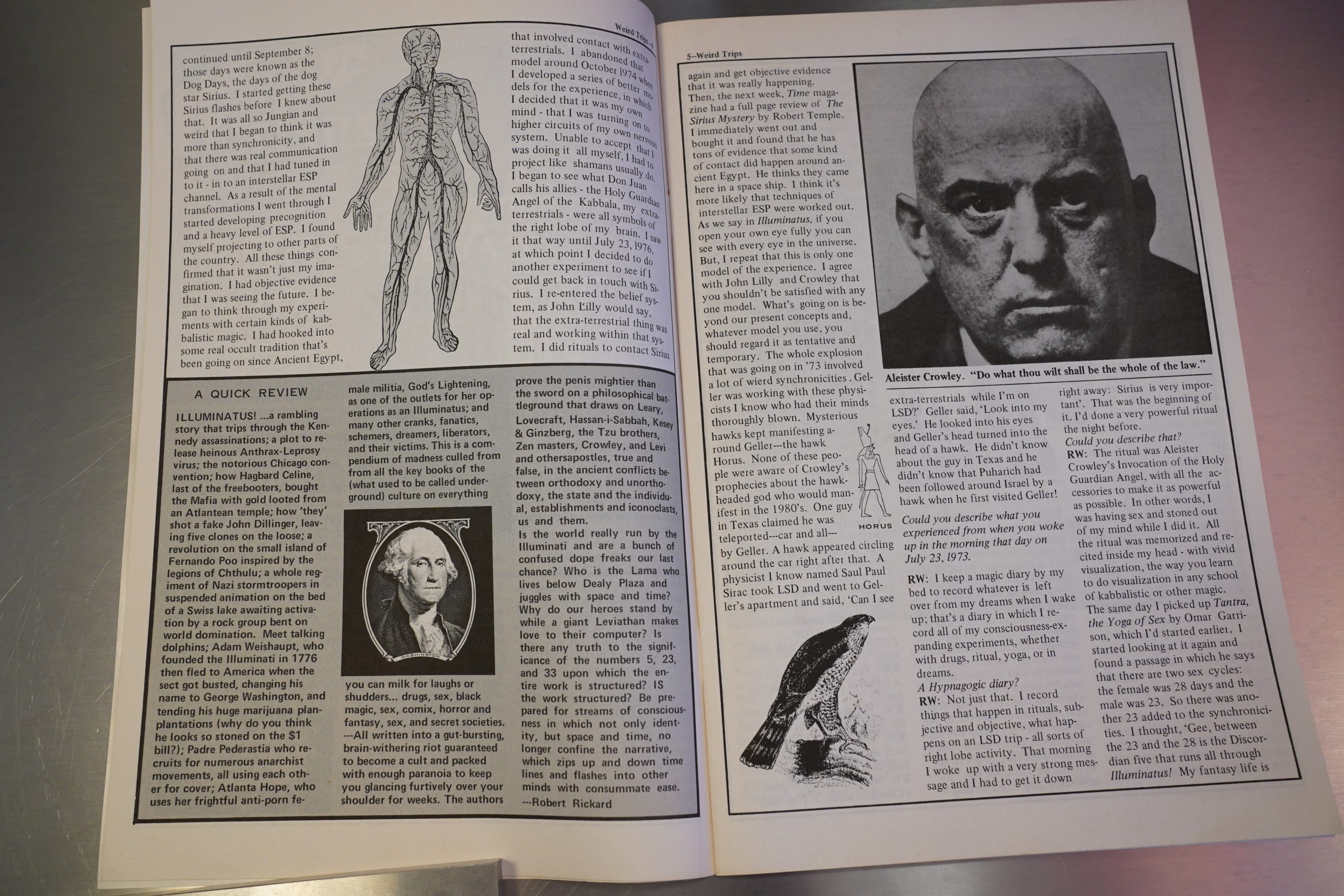 Comix Joint gave it a 6, which means that he hated it.

Inevitably fellow Wisconsinites put together this overview. Schreiner’s account is heavily researched and augmented by professional photographs of Gein and the crime scene taken prior to the burning of his homestead by repulsed neighbors, as well as a photo of Ed’s car touring sideshows, and Gein at a parole hearing in 1968 (he was declared sane but the judge kept Ed incarcerated to protect himself, not society).

New Gein illustrations, including Ed wearing a suit of skin by Peter Poplaski. Weird Trips was not a comic book, though it superficially looked like one. Editor/publisher Denis Kitchen intended it to be a regular magazine of strange events but it never got past this second issue.

This is the twenty-seventh post in the Entire Kitchen Sink blog series.