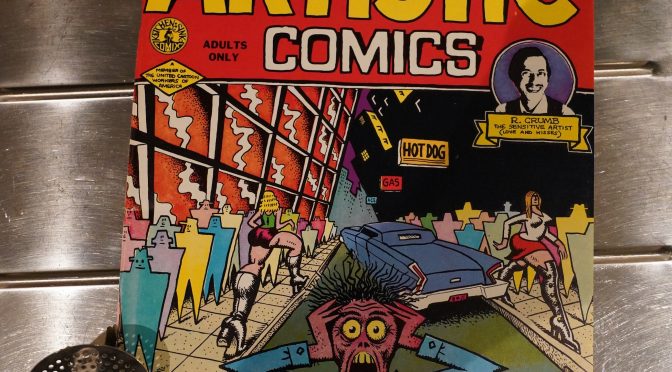 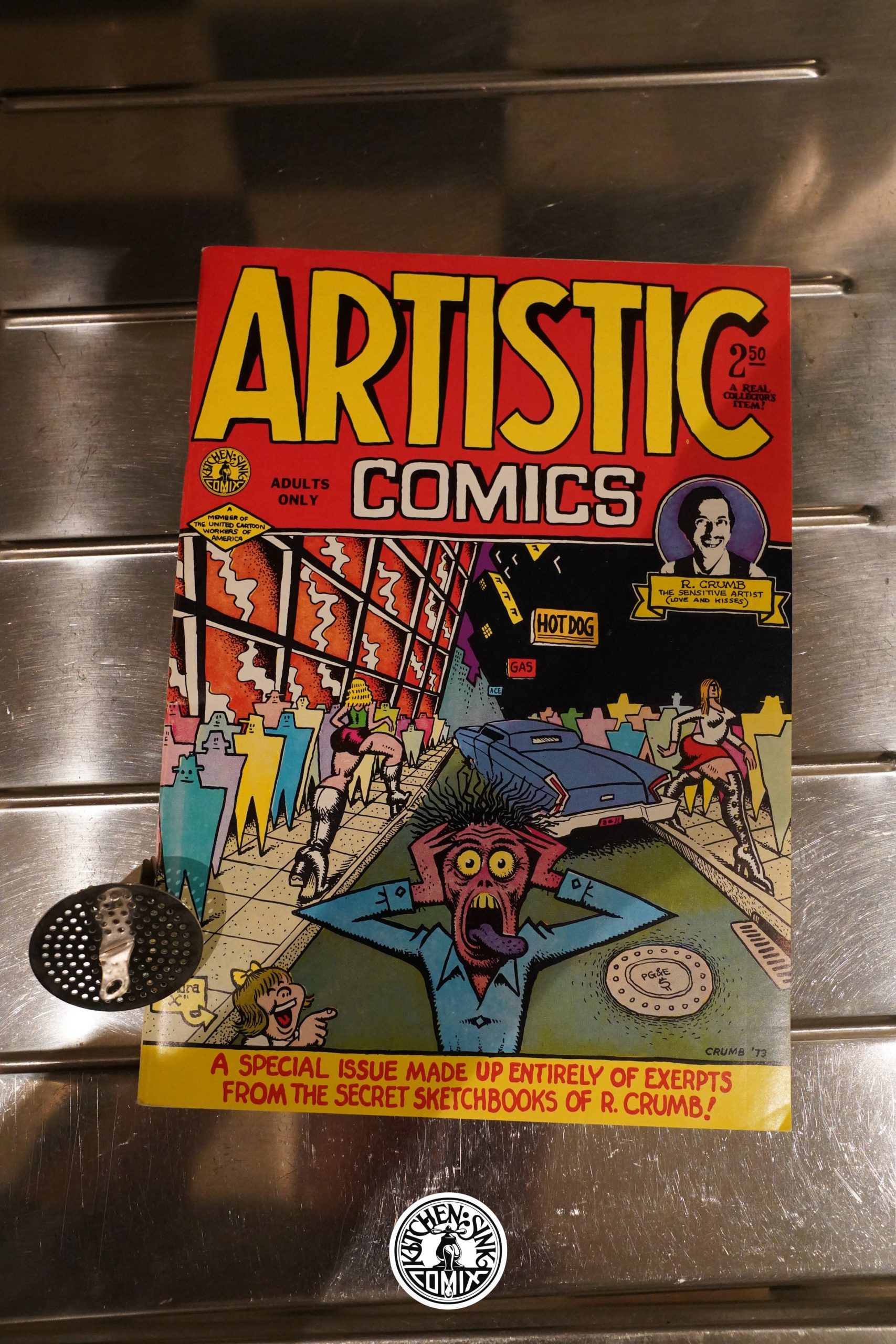 This was originally printed by the Golden Gate Publishing Company in 1973, and then Kitchen Sink took it over in 1976 and kept it in print. I’ve got a mid-80s print here.

So: In 1976, after underground comics had basically died off, we see Kitchen Sink try to stay afloat with several different strategies. They’re trying to get into the nostalgia market with Will Eisner and Harvey Kurtzman; they’re trying to get into oddball educational comics with An Army of Principles and The Compleat Fart; they’re doing sex comics (you’d think those would be more difficult to sell than other undergrounds, but it’s a different market (mail order)); and finally — they publish Robert Crumb. 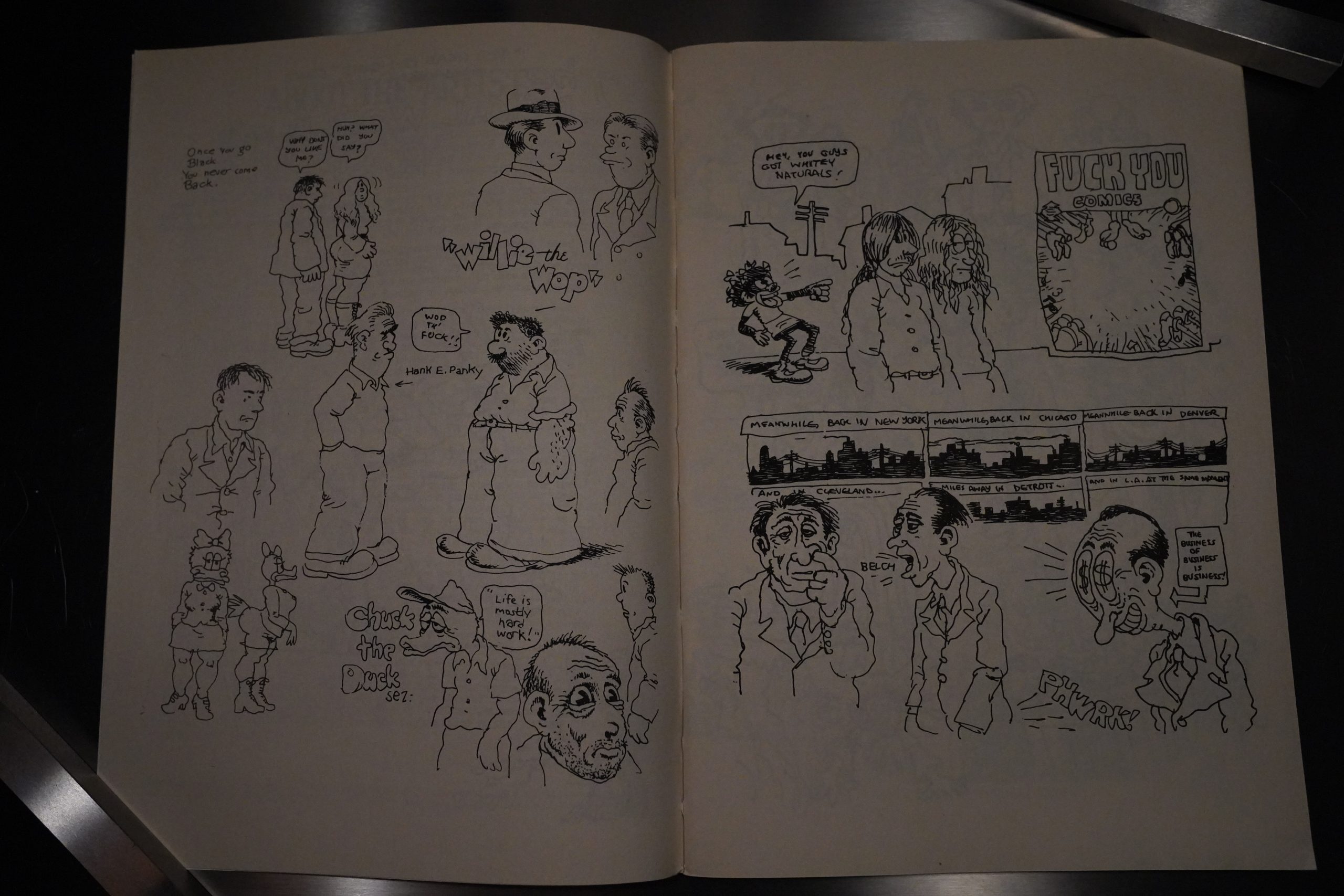 This is a collection of sketchbook drawings, though. 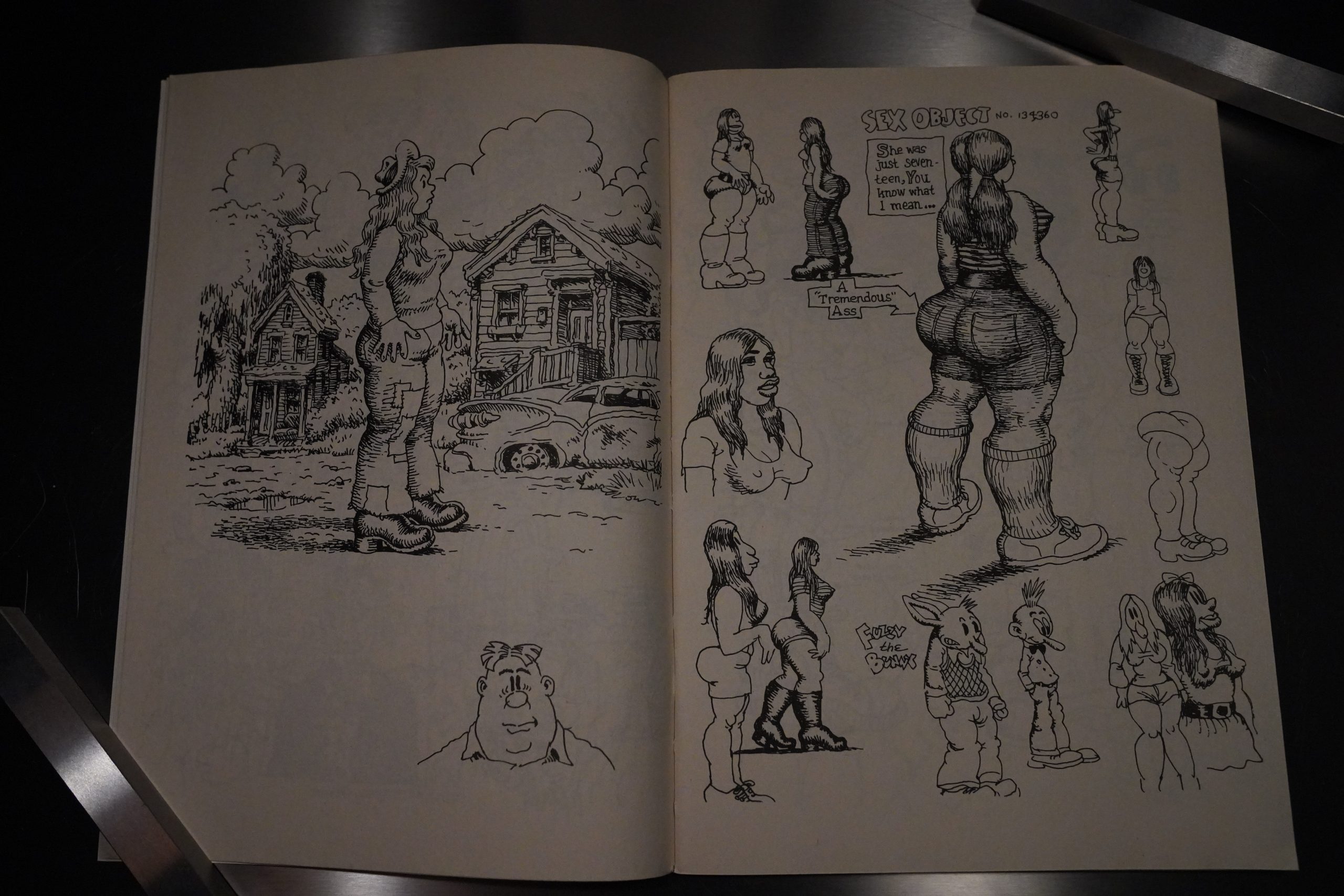 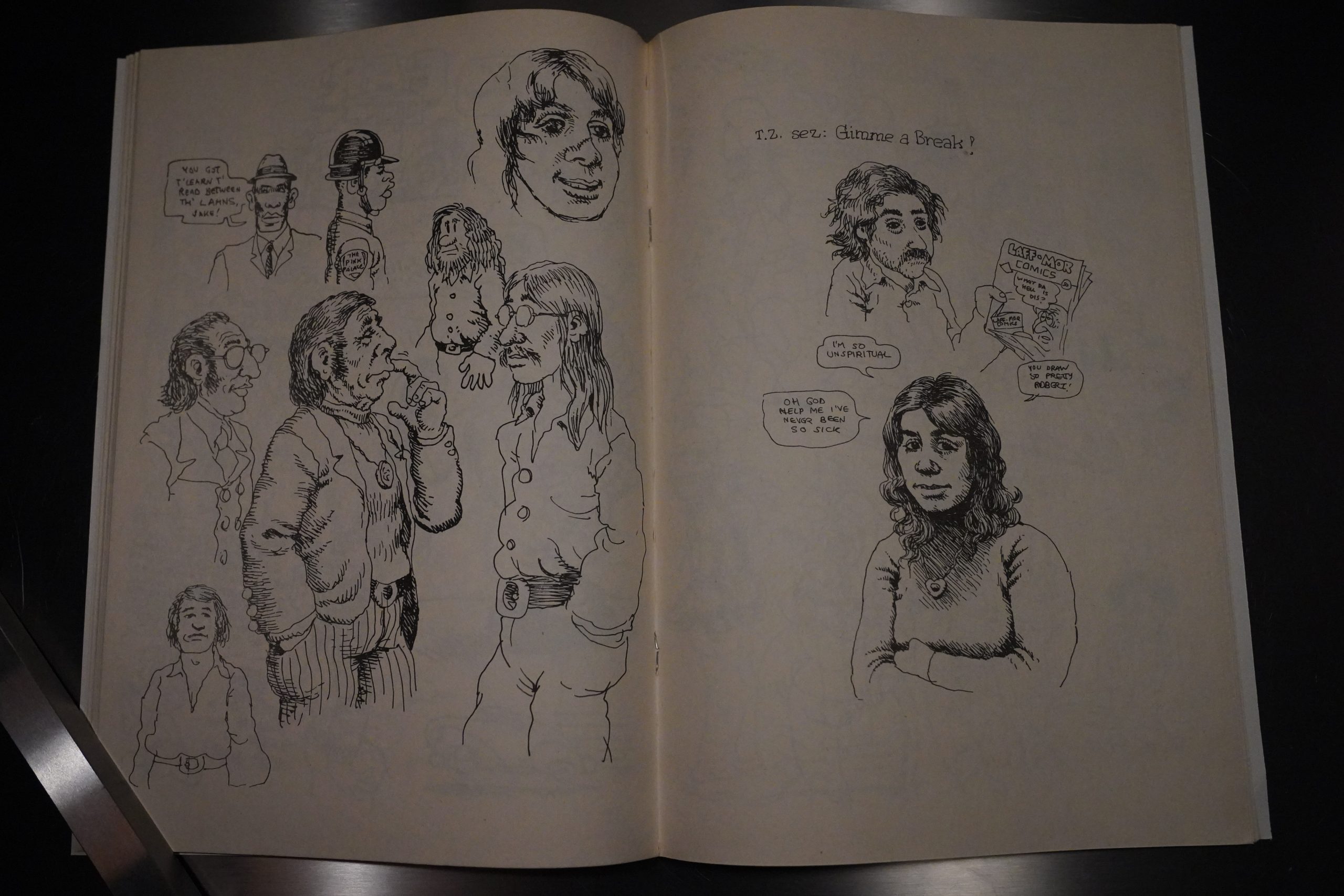 … but probably not that commercially viable beyond stoned hippies buying it thinking it was his new comic.

Some of it is interesting, but most of it, including the drawing quality, is sub-par compared to Crumb’s usual standards. Of course, I recognize that these are sketchbook cartoons that were not originally intended for publication, but I’m not grading on a different scale just for that reason. Besides, a lot of Crumb’s later sketchbooks feature some really fine work.

This is the thirty-seventh post in the Entire Kitchen Sink blog series.