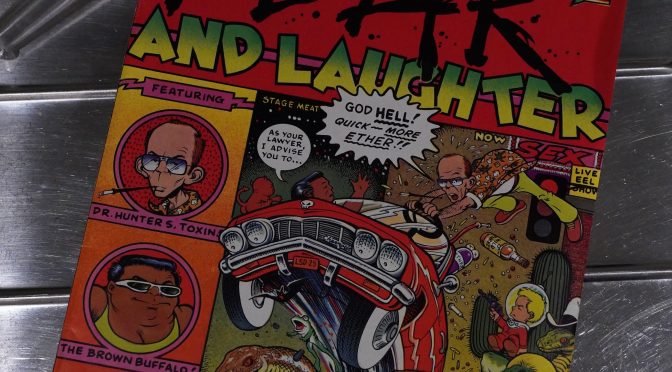 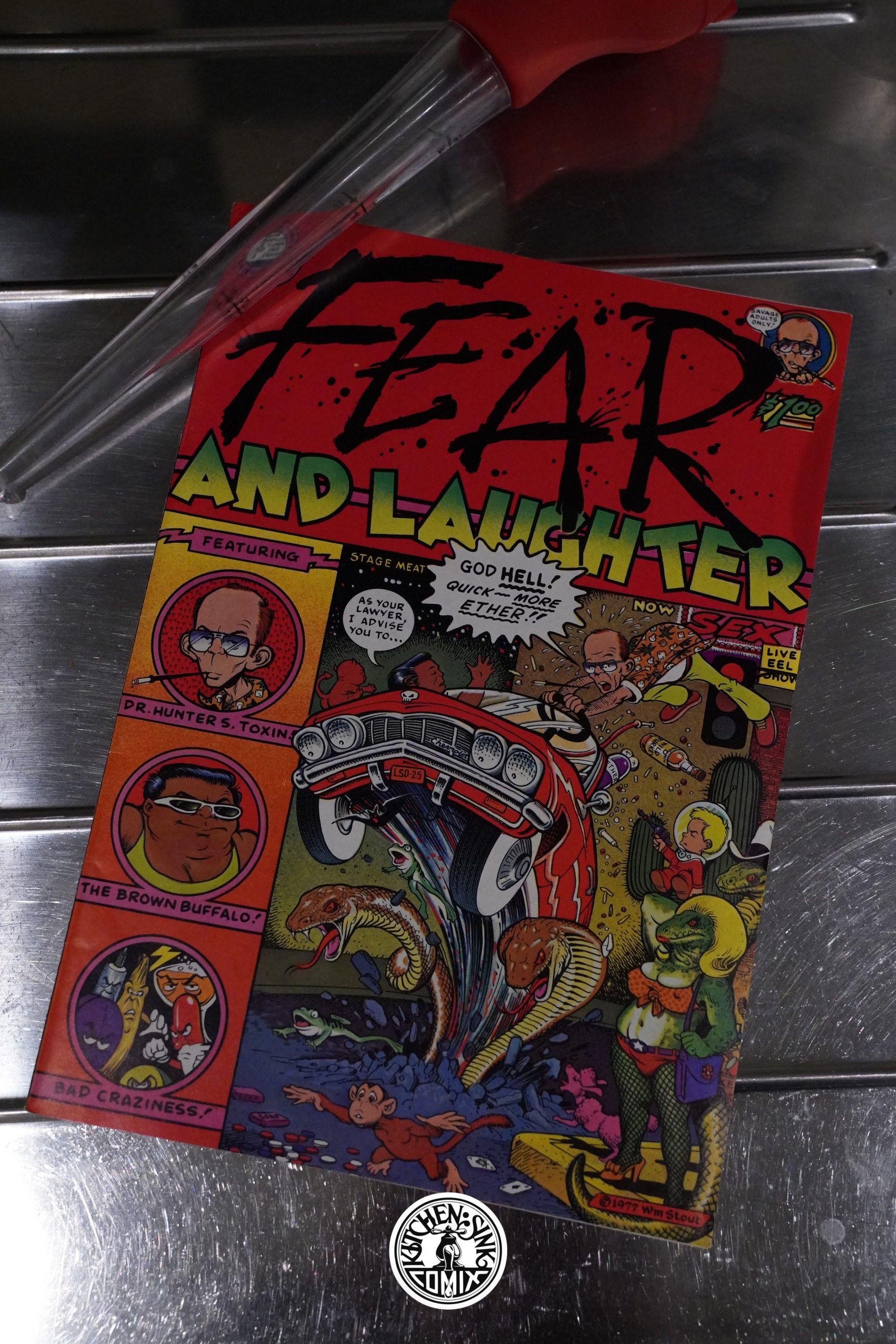 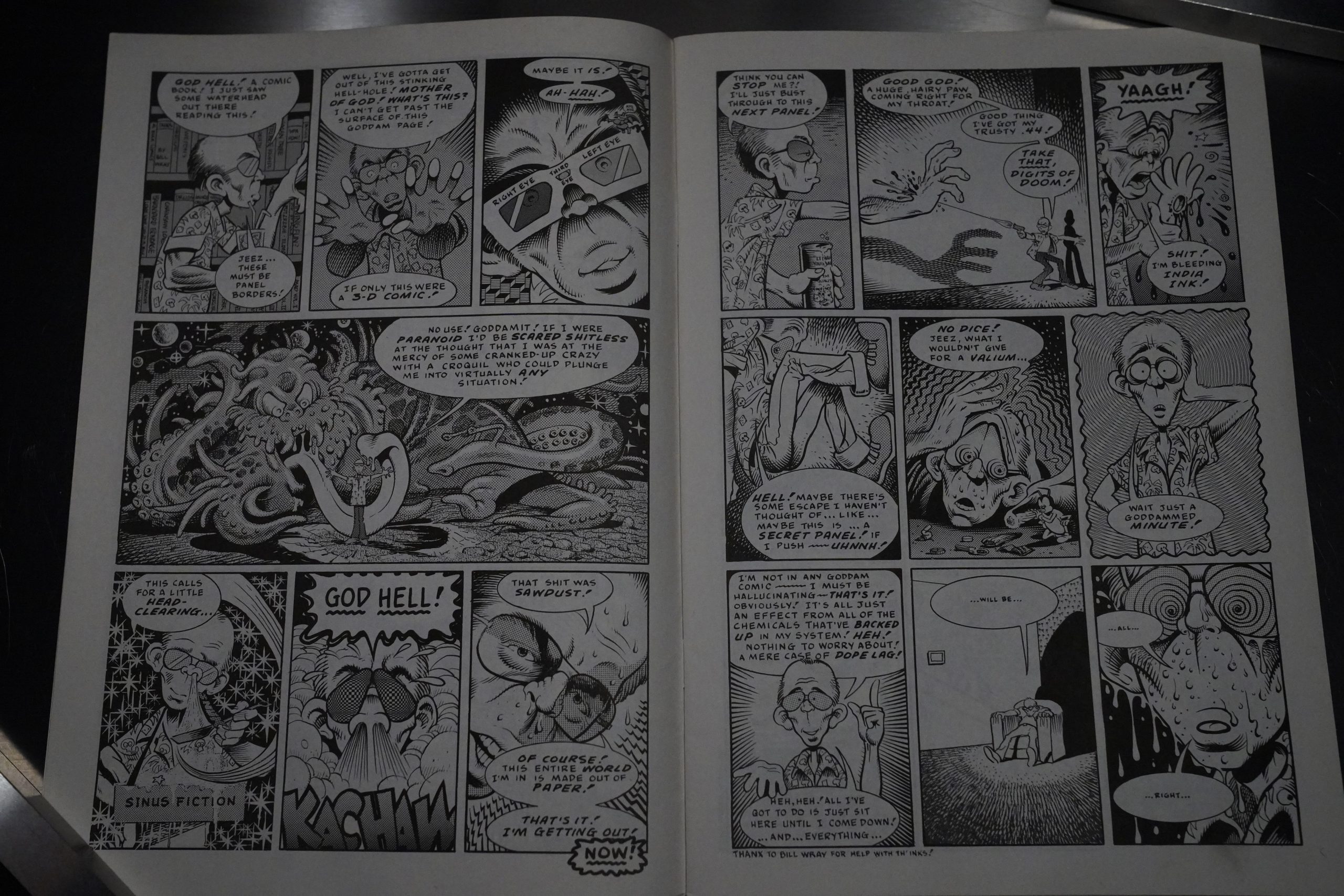 This anthology has (if I count correctly) twenty three (23) contributors, and the concept seems to be… er… to… be inspired by Hunter S. Thompson’s work? (It’s “hosted” by “Hunter S. Toxin”; very clever.) 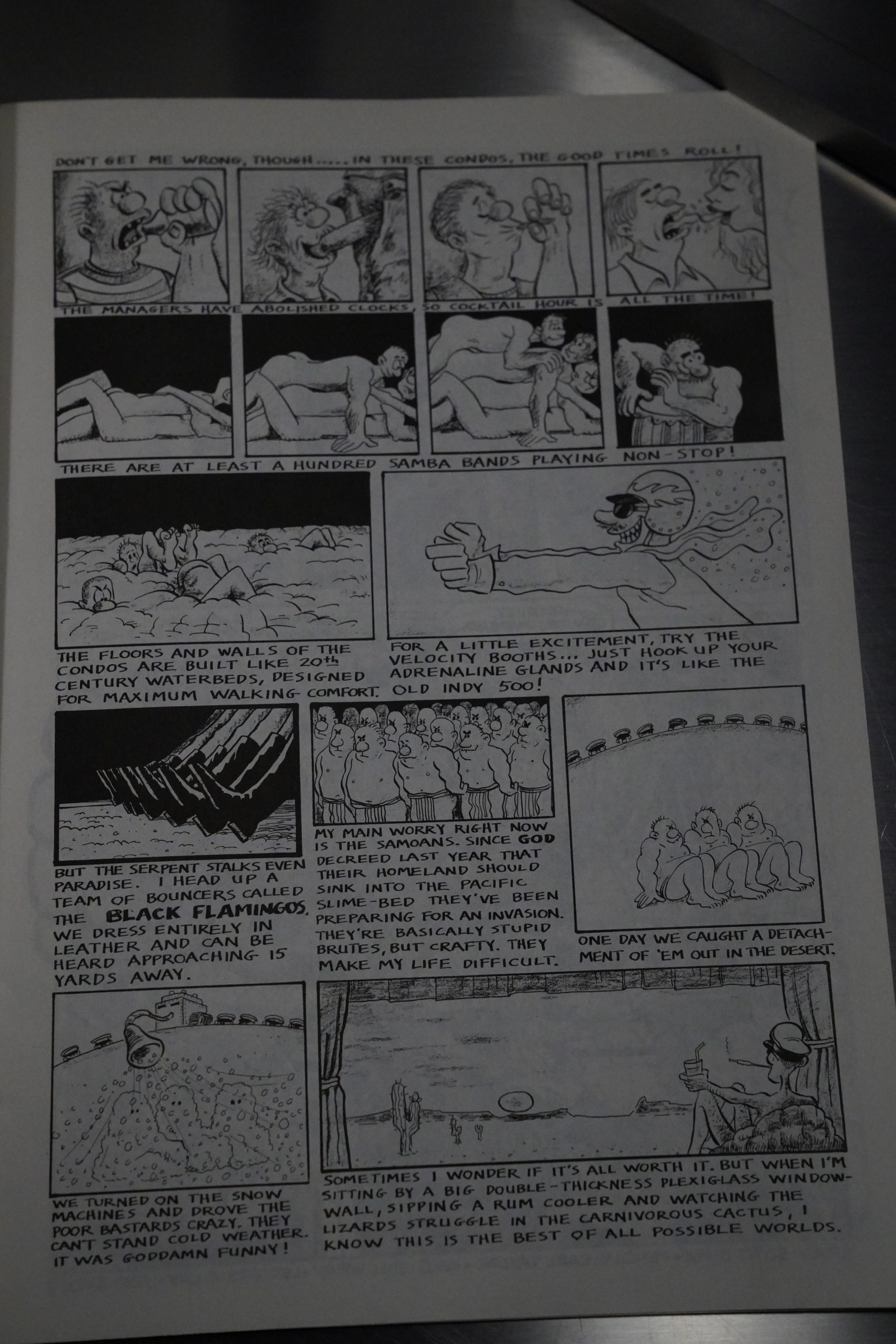 … but Bob Foster … doesn’t? I mean, I’ve somehow managed to never ever read anything by Thompson, so perhaps this is an adaptation of something for all I know? 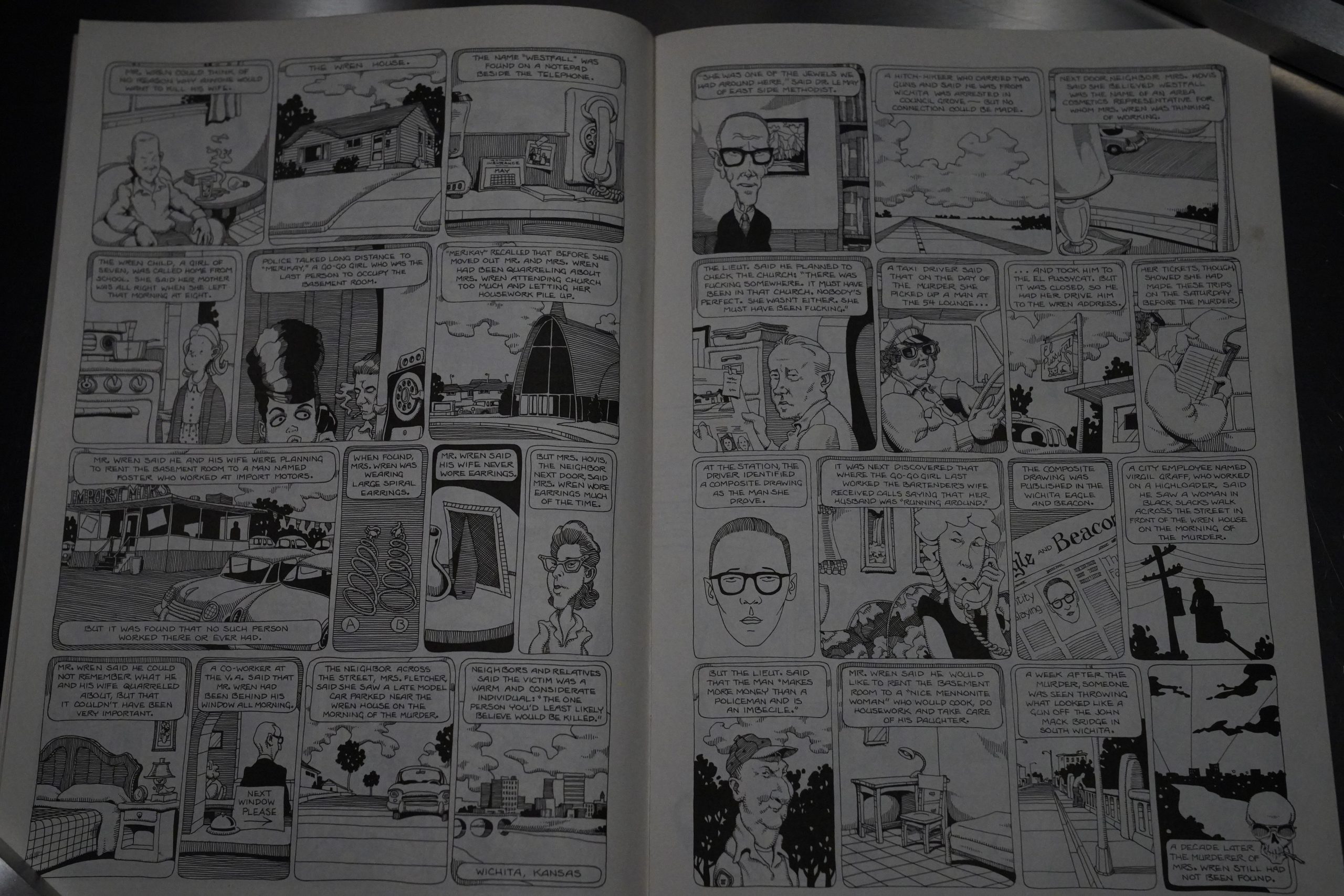 And then a sudden Rick Geary true crime strip! In his rare, early spindly style. It’s the sort of story he’d do a lot later, but it’s so compressed here that it doesn’t precisely zing. And I don’t know what the connection to Thompson is. 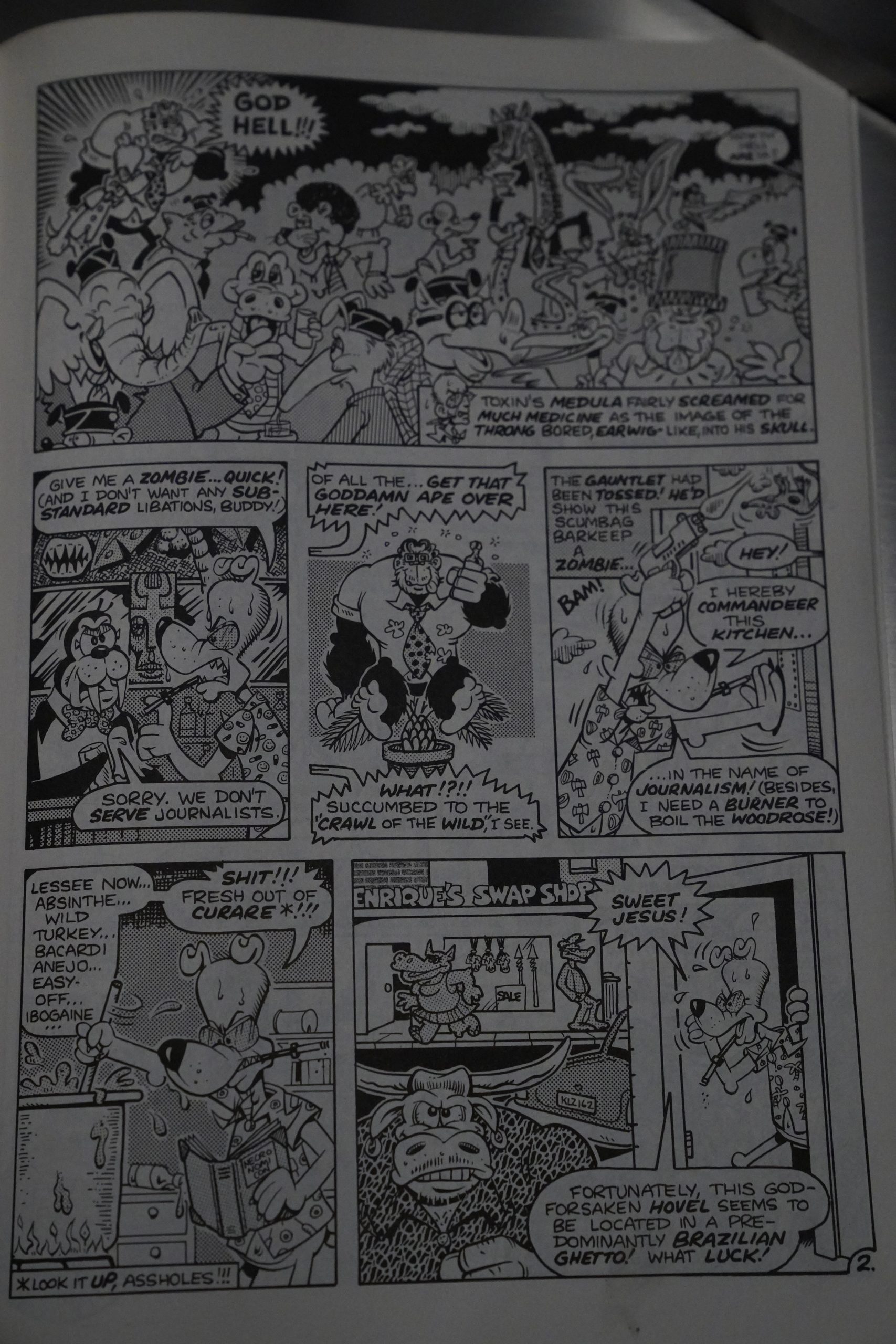 Scott Shaw writes and/or artwork for a few of the pieces himself, and they’re even less coherent than the rest. 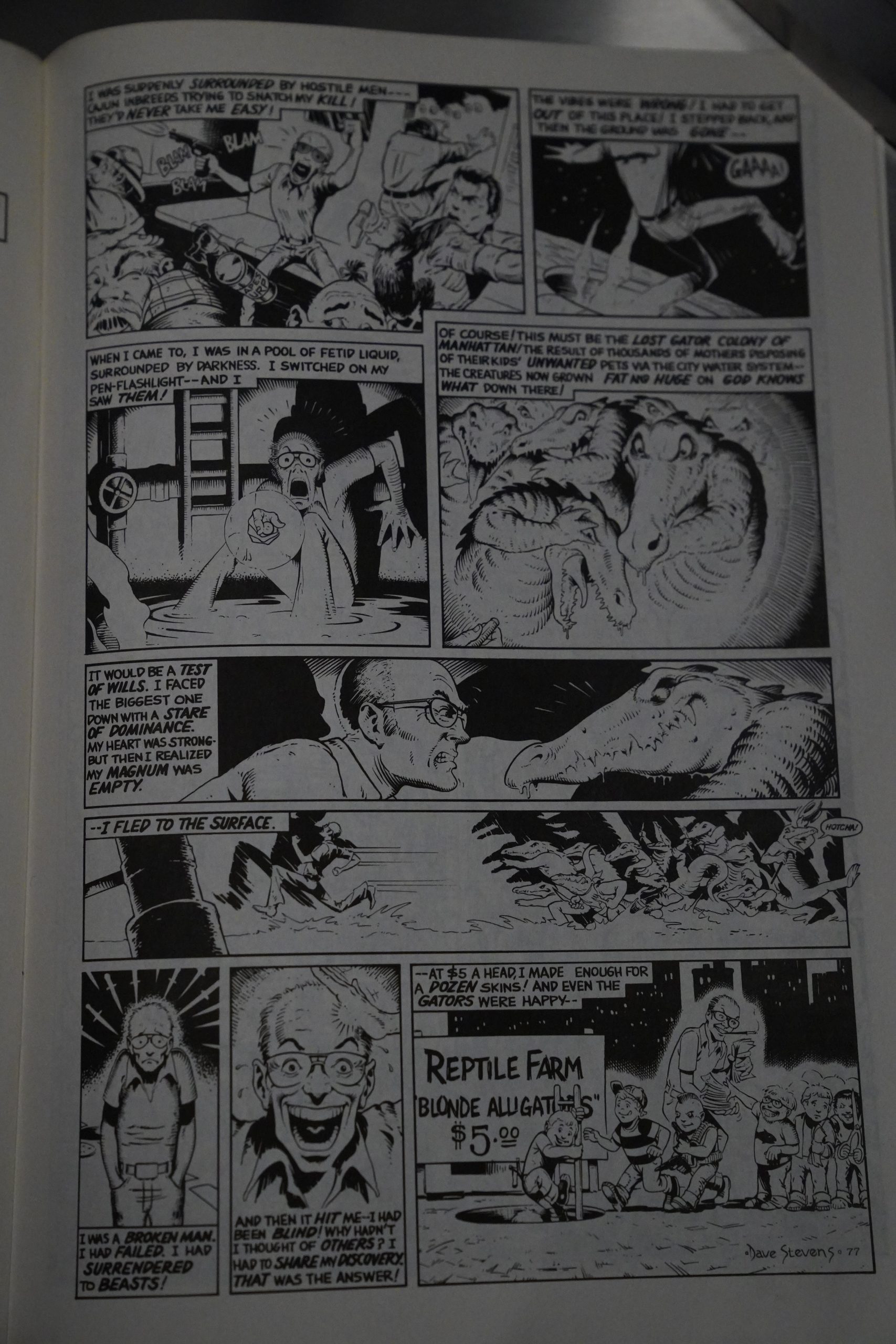 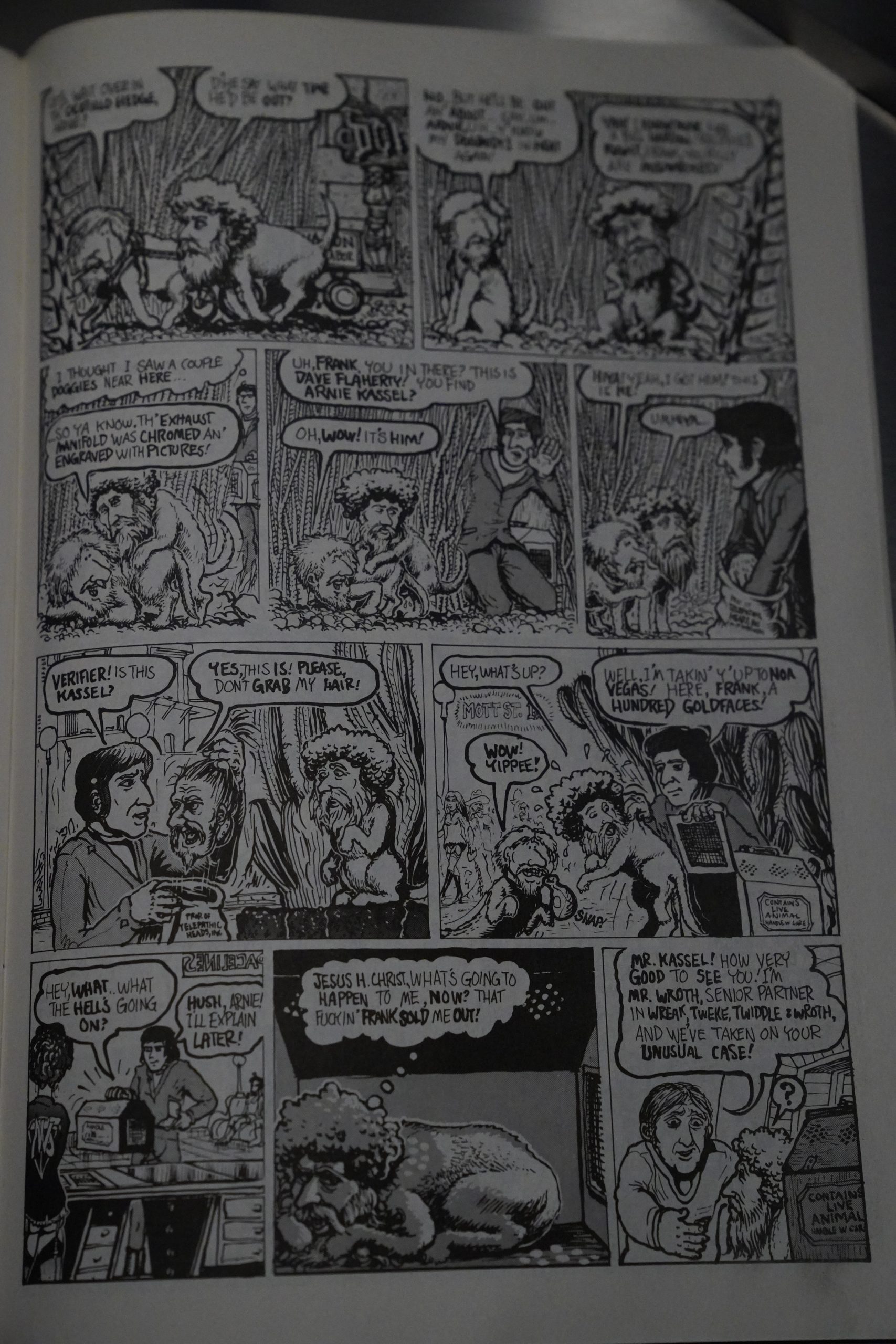 And then… some pages from It’s A Dog’s Life by Larry Todd? What? 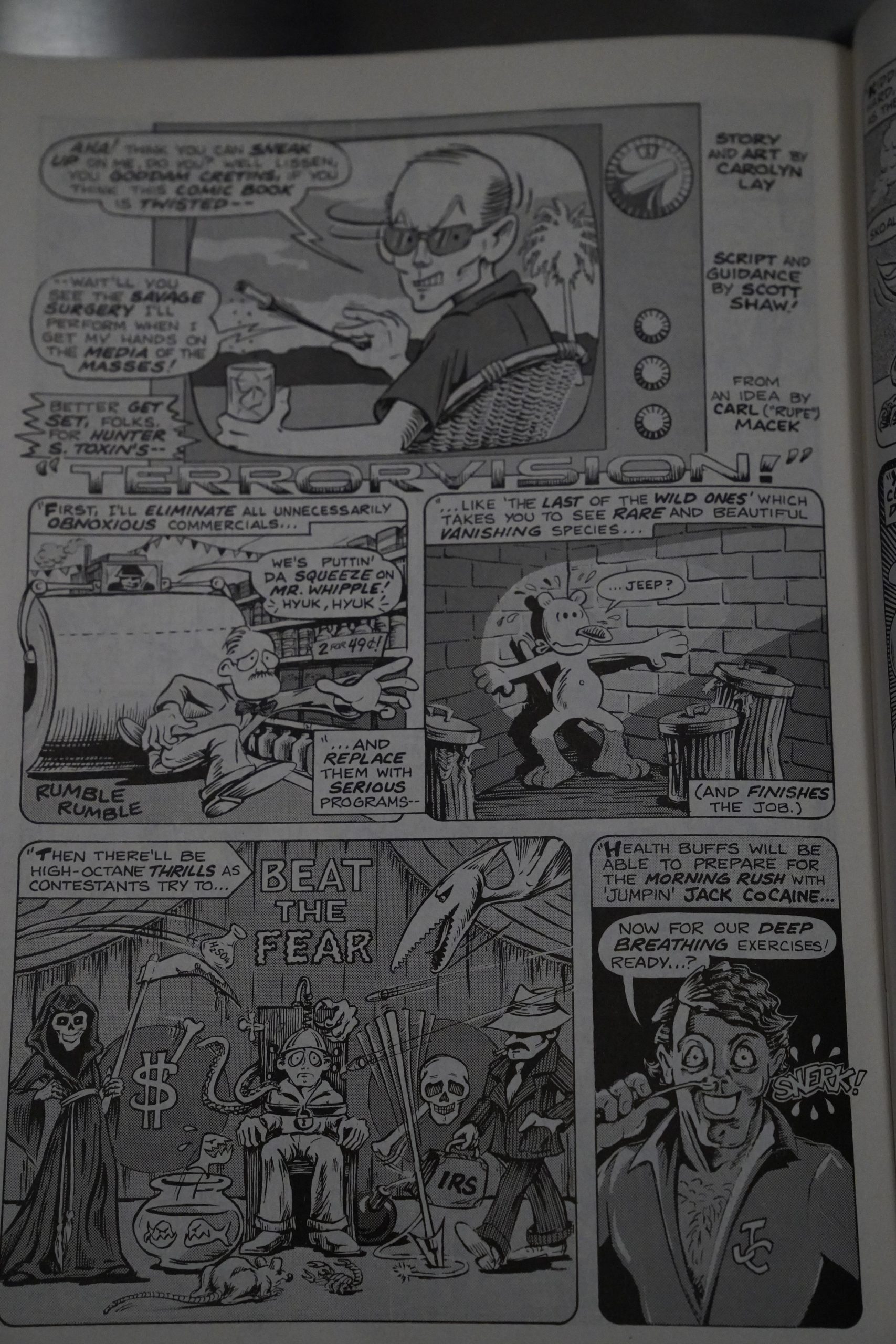 This book is basically migraine on paper. Even Carol Lay can’t get any traction here.

Fear and Laughter is a parody of Dr. Hunter S. Thompson’s book Fear And Loathing In Las Vegas. In 14 short stories, we follow Dr. Hunter S. Toxin through a variety of drug-induced, profanity-laced adventures written and illustrated by an army of comic book pros. Funny stuff and well worth tracking down.

This is the forty-third post in the Entire Kitchen Sink blog series.