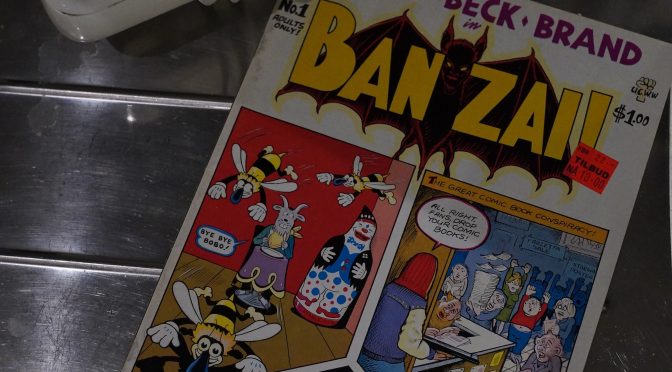 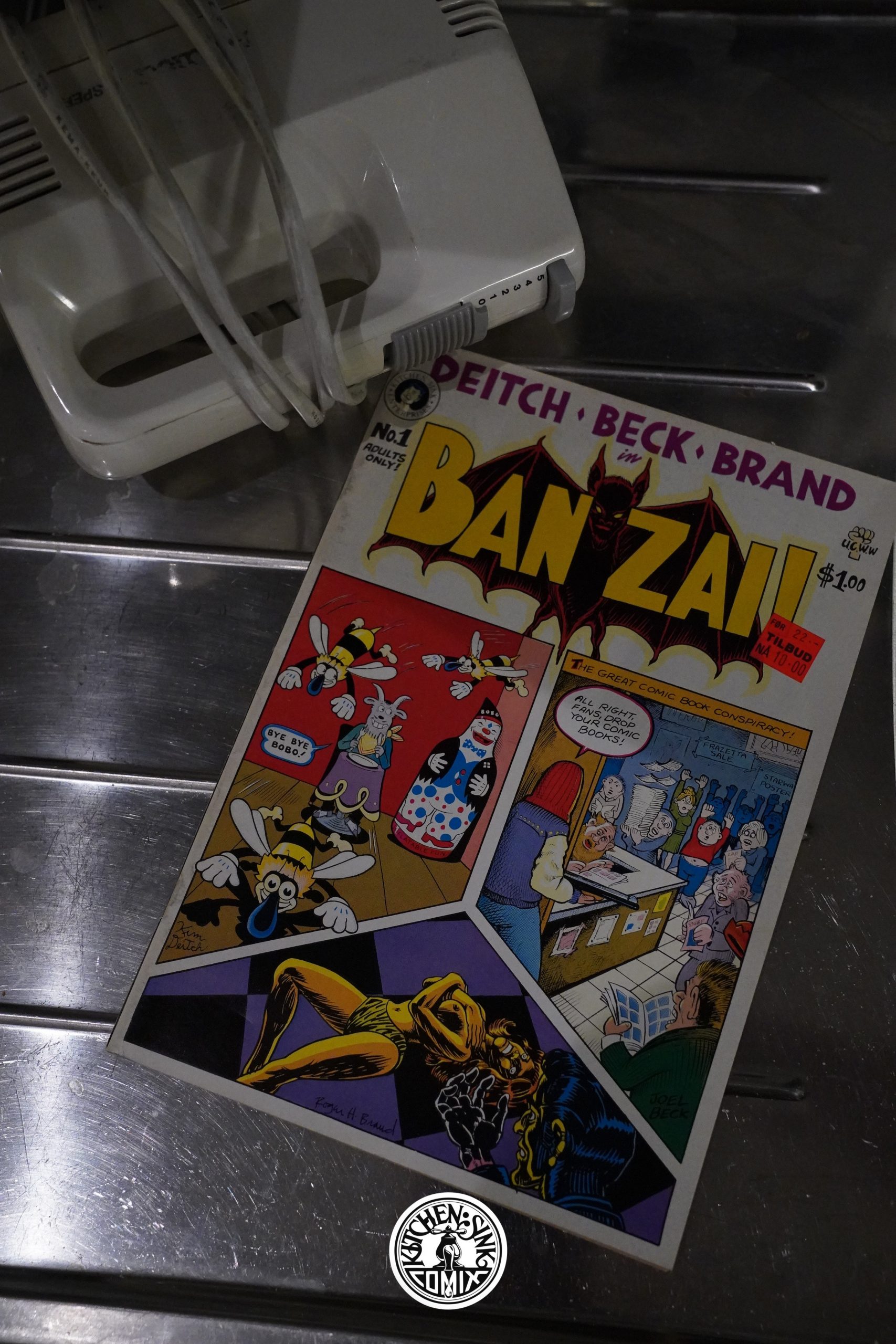 This is a pretty unusual comic book, conceptually. Single-author anthologies as quite common, and editor-driven anthologies are common, but the concept here seems to be to just have Deitch, Beck and Brand? As a series? I mean, Zap did something similar, but that’s Zap. 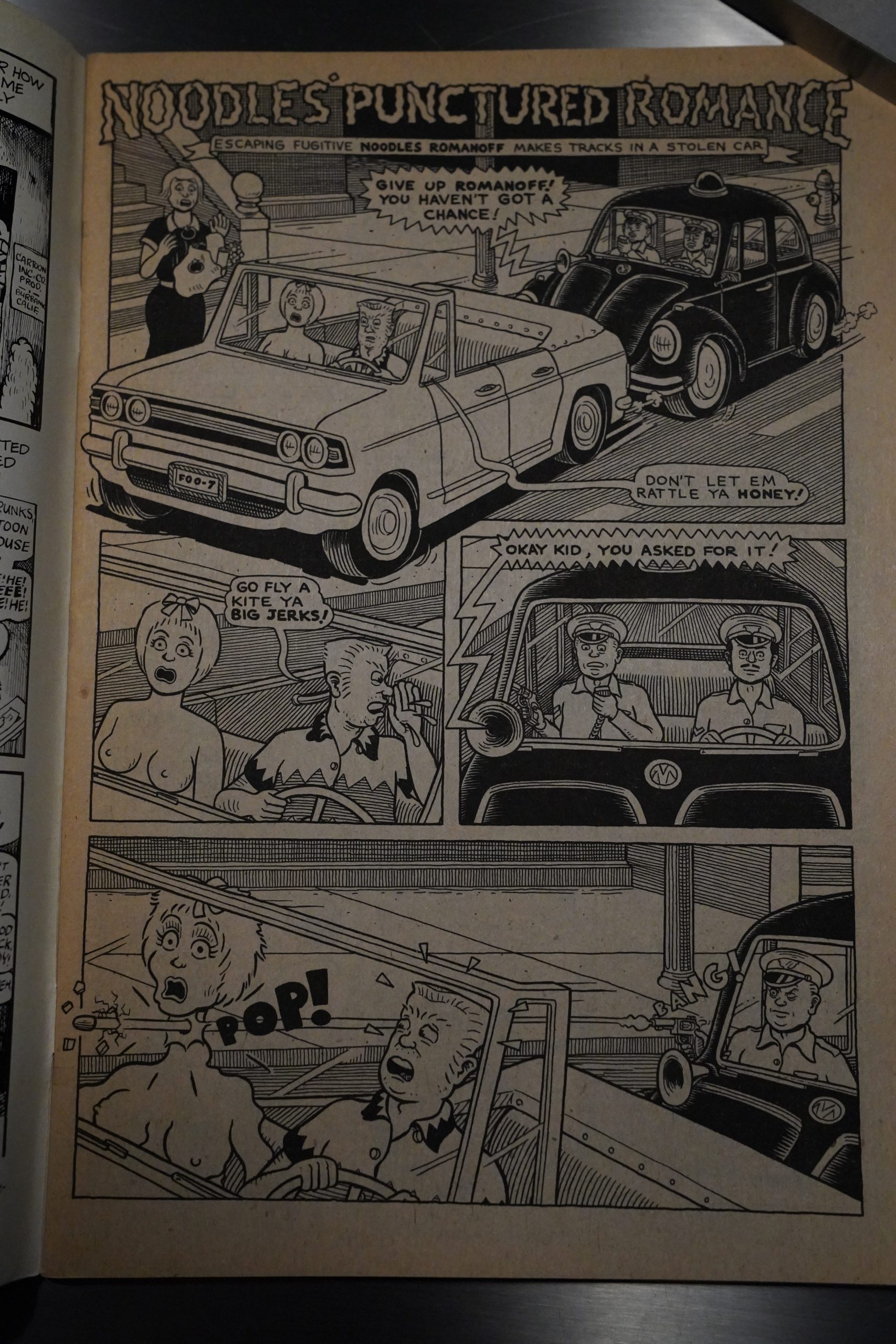 Perhaps these three were friends and wanted to goof around on a common project? We start off with a Deitch strip that sort of feeds into his Meskin mythology. 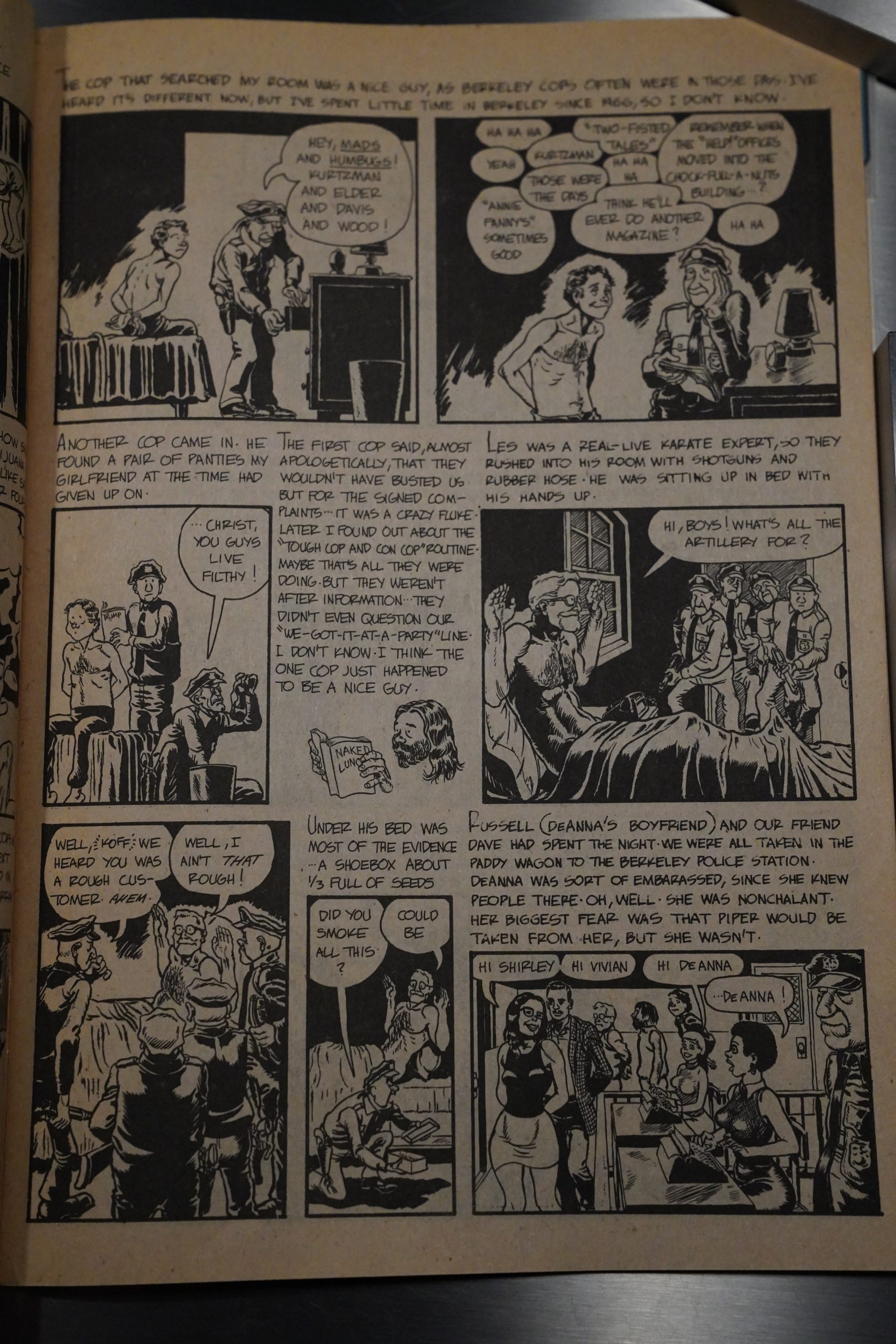 … and then… an autobio story from Brand? It’s a quite interesting story, told pretty well. I’m not familiar with Roger Brand, I think, but the artwork looks kinda like all the EC artists smushed together? 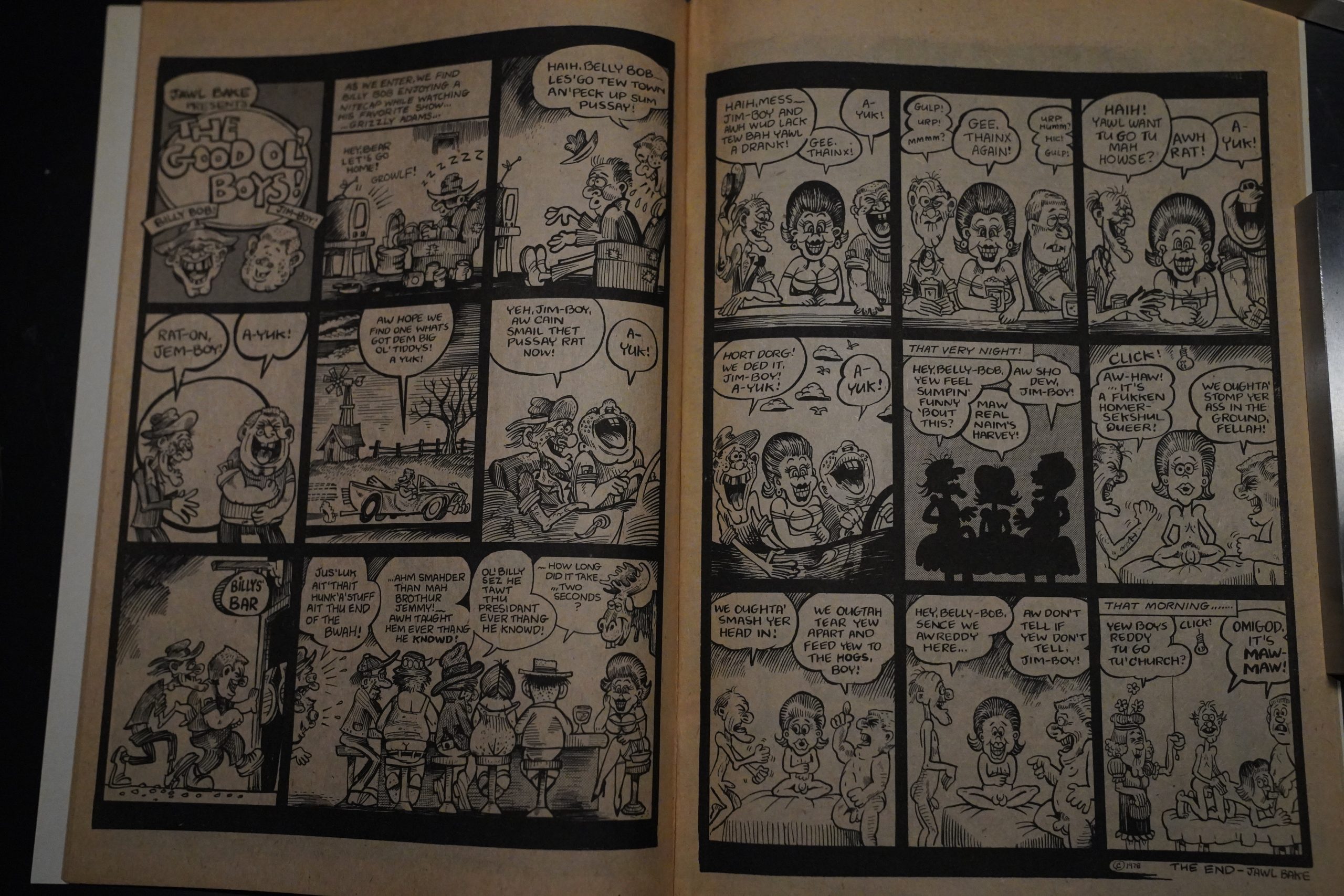 And finally Joel Beck, who does gag strips. The gag here is the well-worn one of transsexuals luring men into bed, but at least it has a happy ending. Sort of. 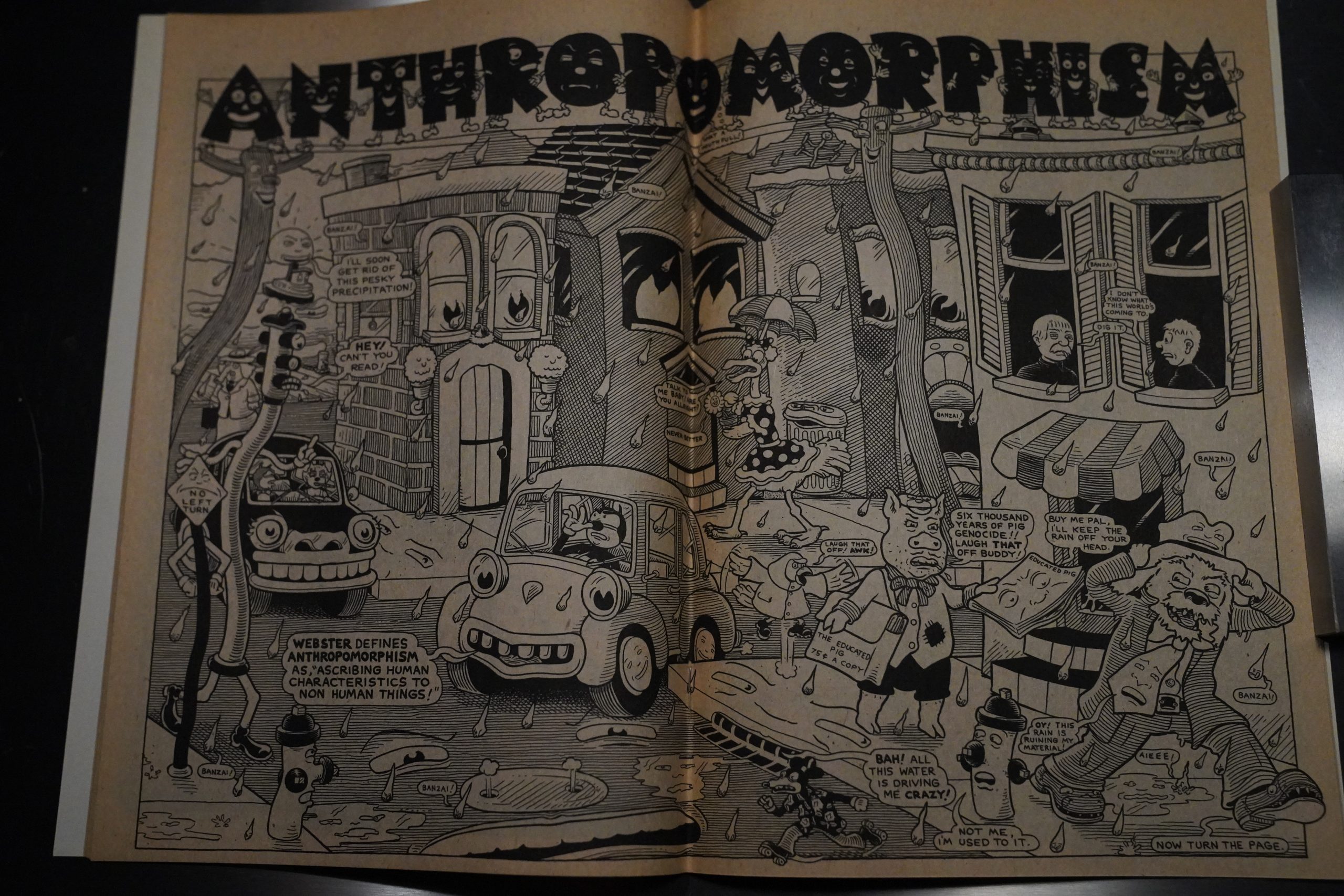 But I can’t overstate how random the contents are. Suddenly — a piece by Deitch about anthropomorphism?

I’m not complaining, I’m just puzzled. Did they just take whatever they had lying around until they had 32 pages worth of material? “What does an editor do? Not work on this magazine.”

Brand’s longest piece is a very EC-ish thing that looks great — this is like if Kriegstein was inked by Kurtzman or something — but it’s a bit of a mess as a story.

So it’s a puzzling book. But … most of the individual pieces are kinda good?

But I guess it didn’t sell well:

It has not been reprinted.

And there was no second issue.

This is the forty-eighth post in the Entire Kitchen Sink blog series.