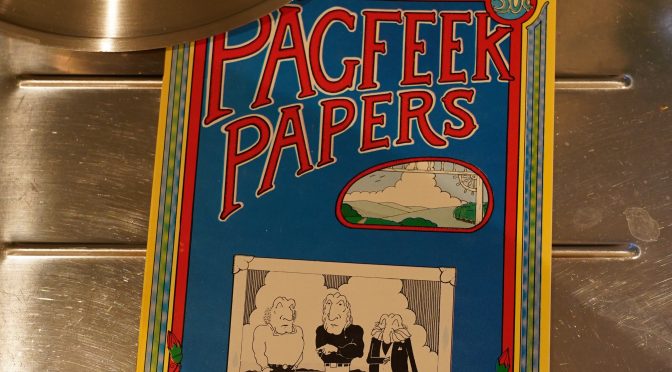 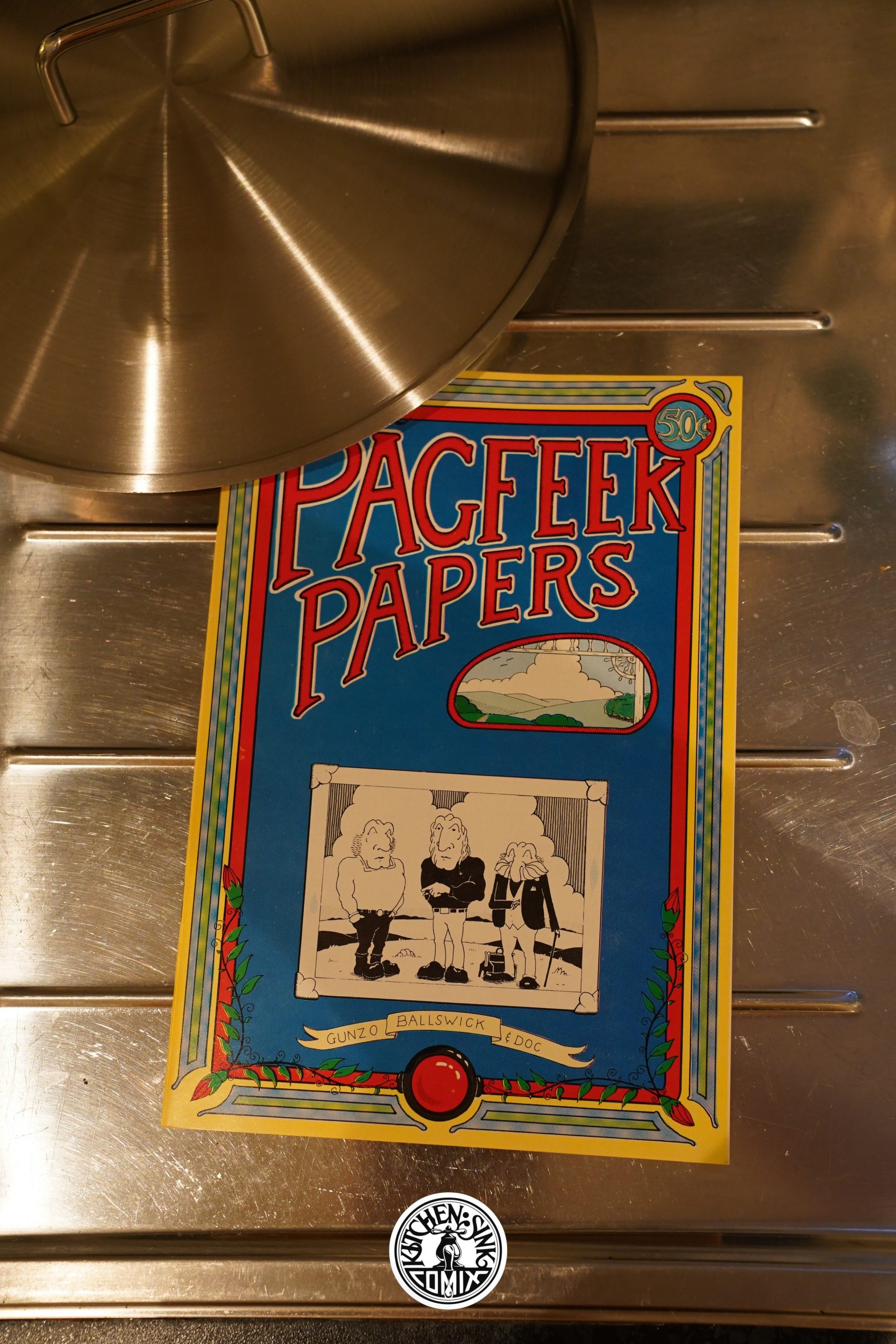 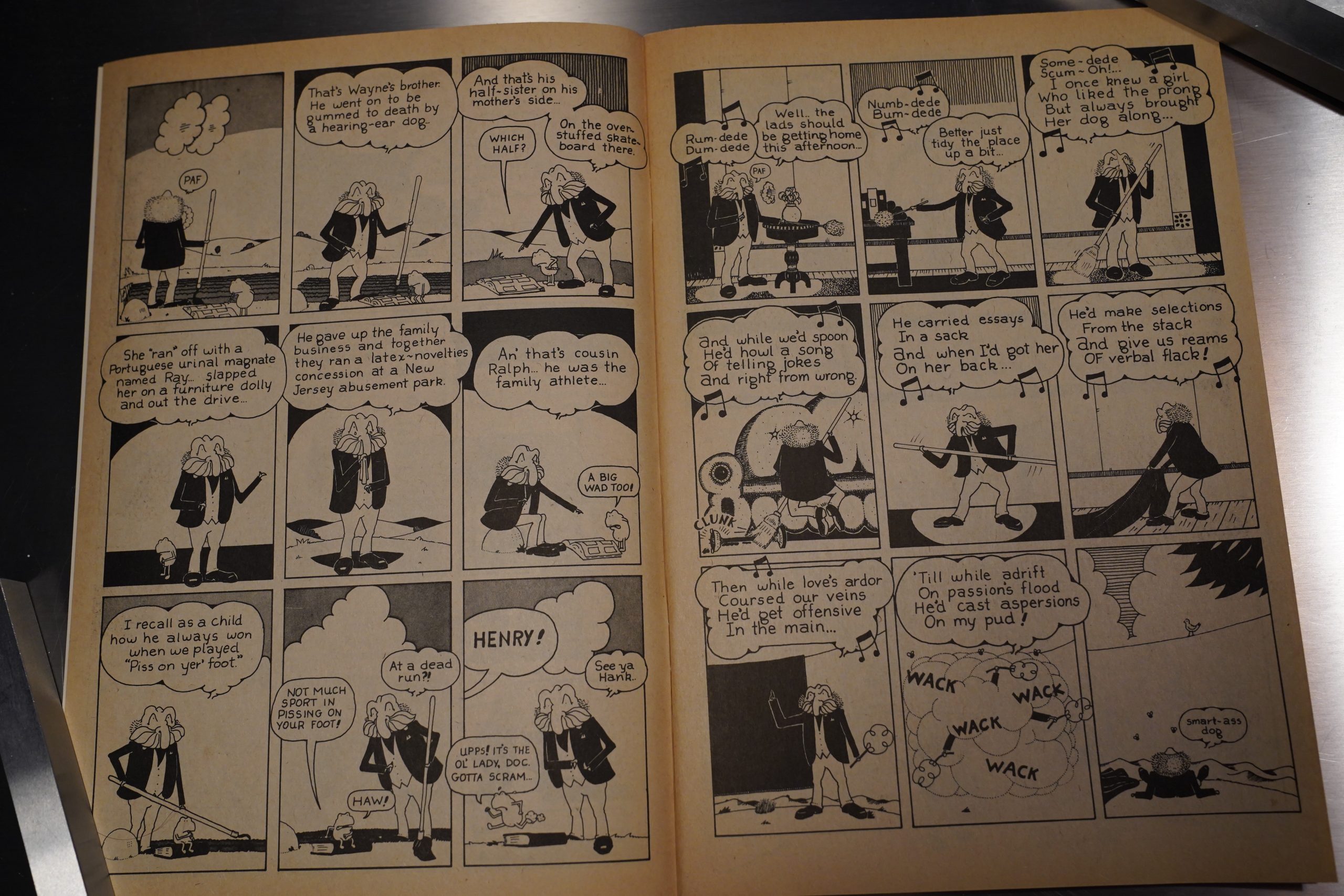 Morrison had appeared in a number of Kitchen Sink anthologies, so (as with many of the other contributors), here he gets a solo title. It’s about a somewhat deranged doctor, and it’s drawn in this rather basic (and somewhat weird style). It’s very underground, I guess. 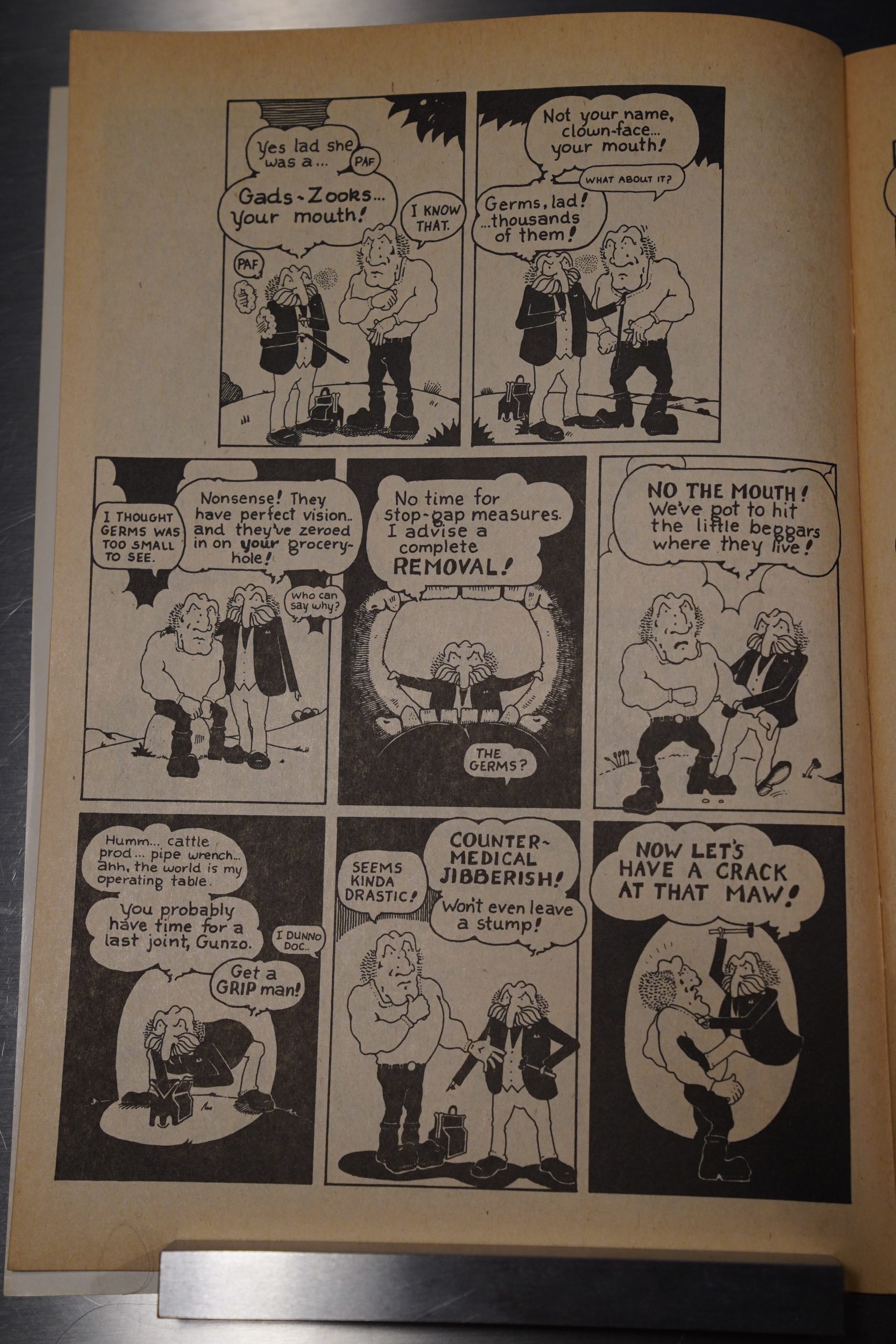 But… it’s so deranged that it’s actually funny. There’s a bunch of stuff in here that makes you go “eh? wha? heh”, which is nice. 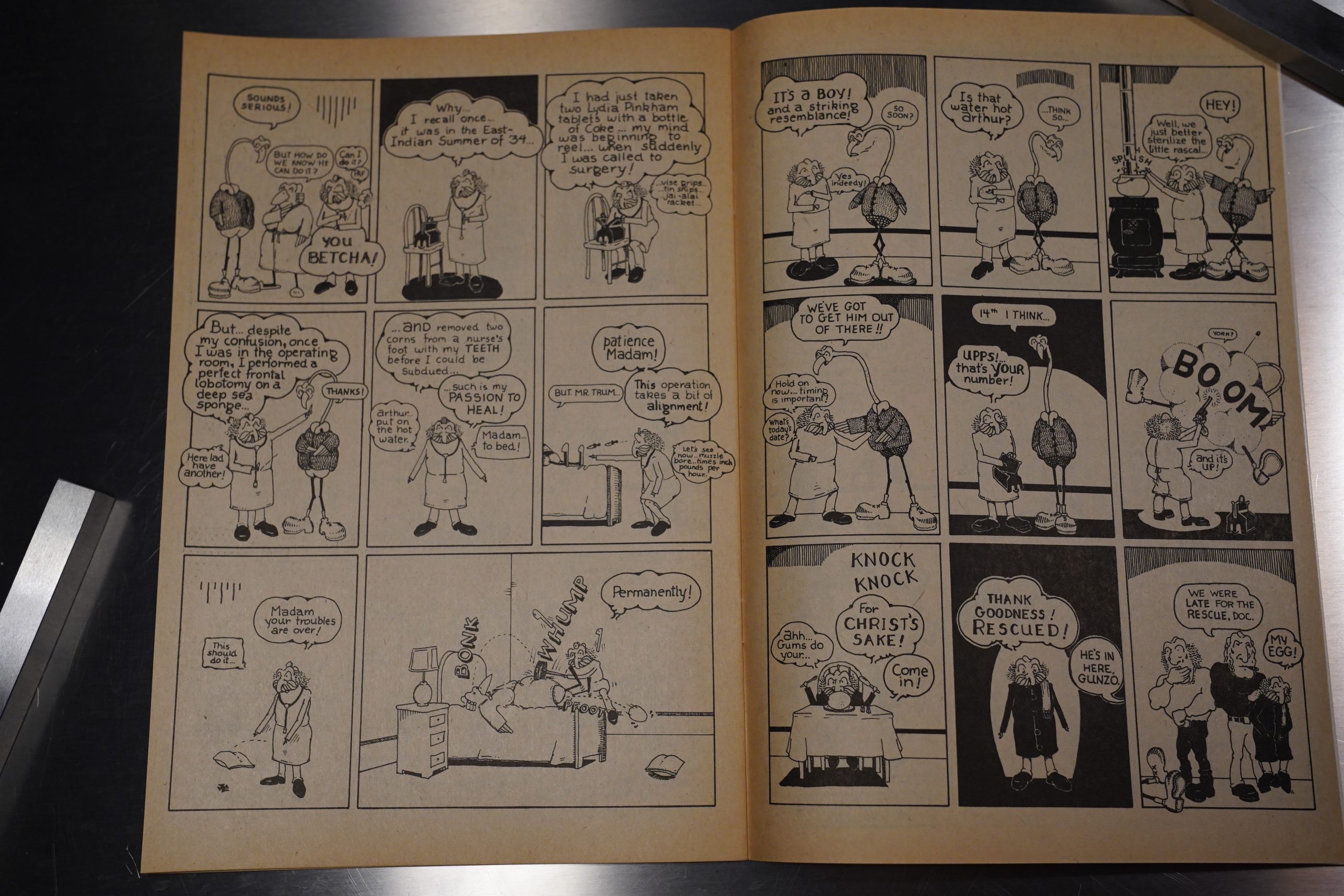 But there’s an underlying nastiness to some of these bits that’s… a bit disturbing?

Comix Joint is not impressed:

Pagfeek Papers is one of those underground comics that slipped into the mad rush of undergrounds in 1972 and early ’73 that had tenuous cause to be published, but it certainly has its defenders. As Denis Kitchen proclaims on his website, Pagfeek “…wasn’t about sex or drugs or violence or social relevance. It was a thinking hippie’s comic, full of clever if obscure wordplay and subtlety.”

It only got a single printing, so I guess it didn’t sell, either.

This is the twenty-second post in the Entire Kitchen Sink blog series.