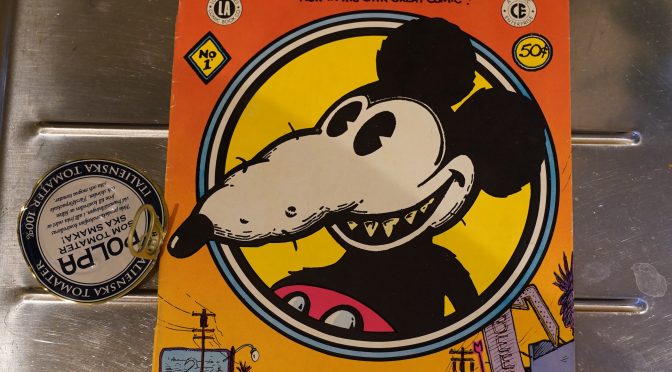 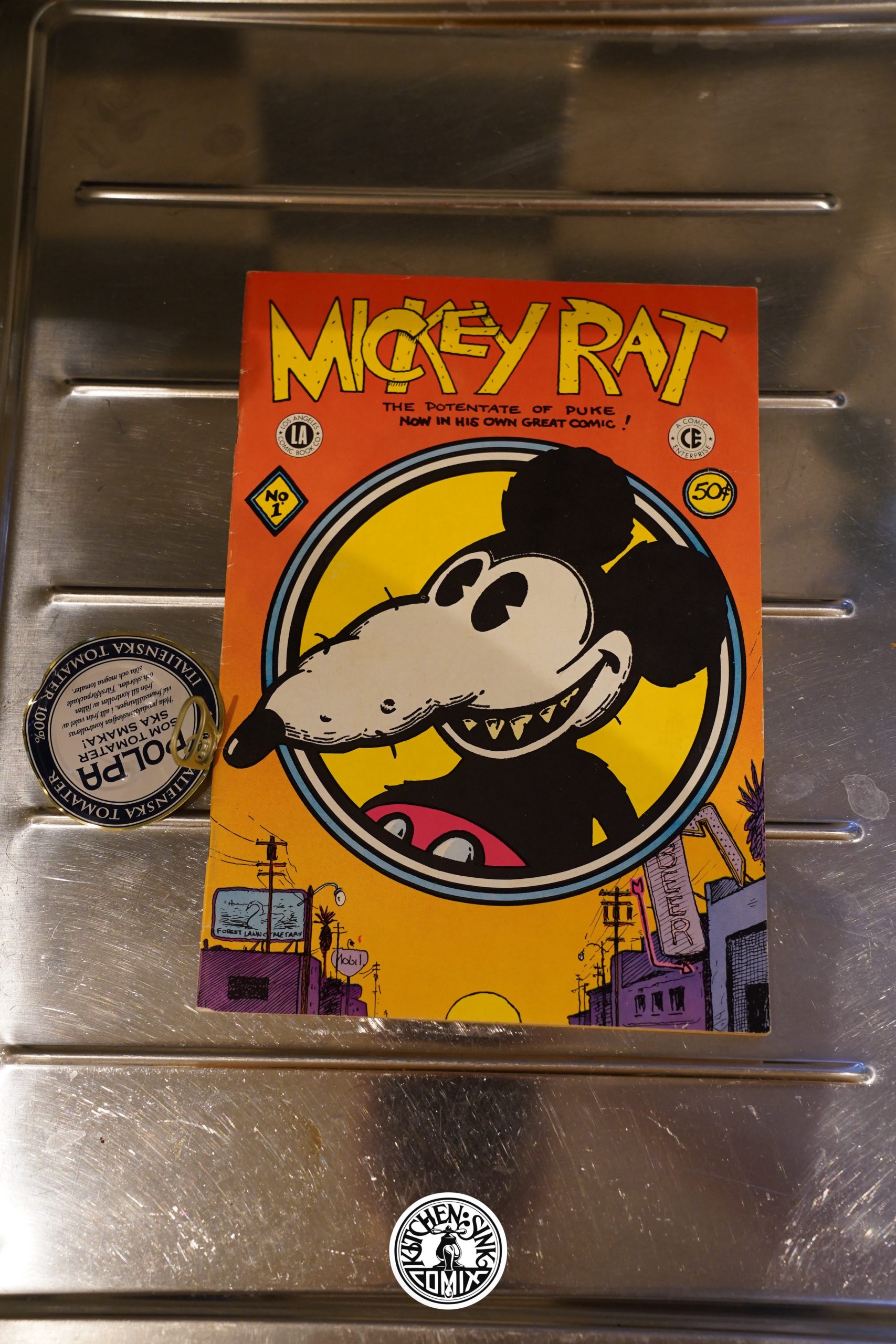 Uhm… this doesn’t say “Kitchen Sink” anywhere… Oh! I’ve bought the wrong issue! This one was self published, and then Kitchen published the second issue: 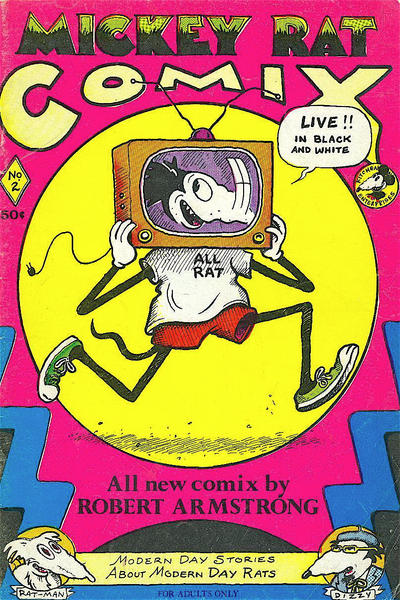 OK, I’ll get that book and then update this blog post later. Let’s have a look at the first issue now, at least. 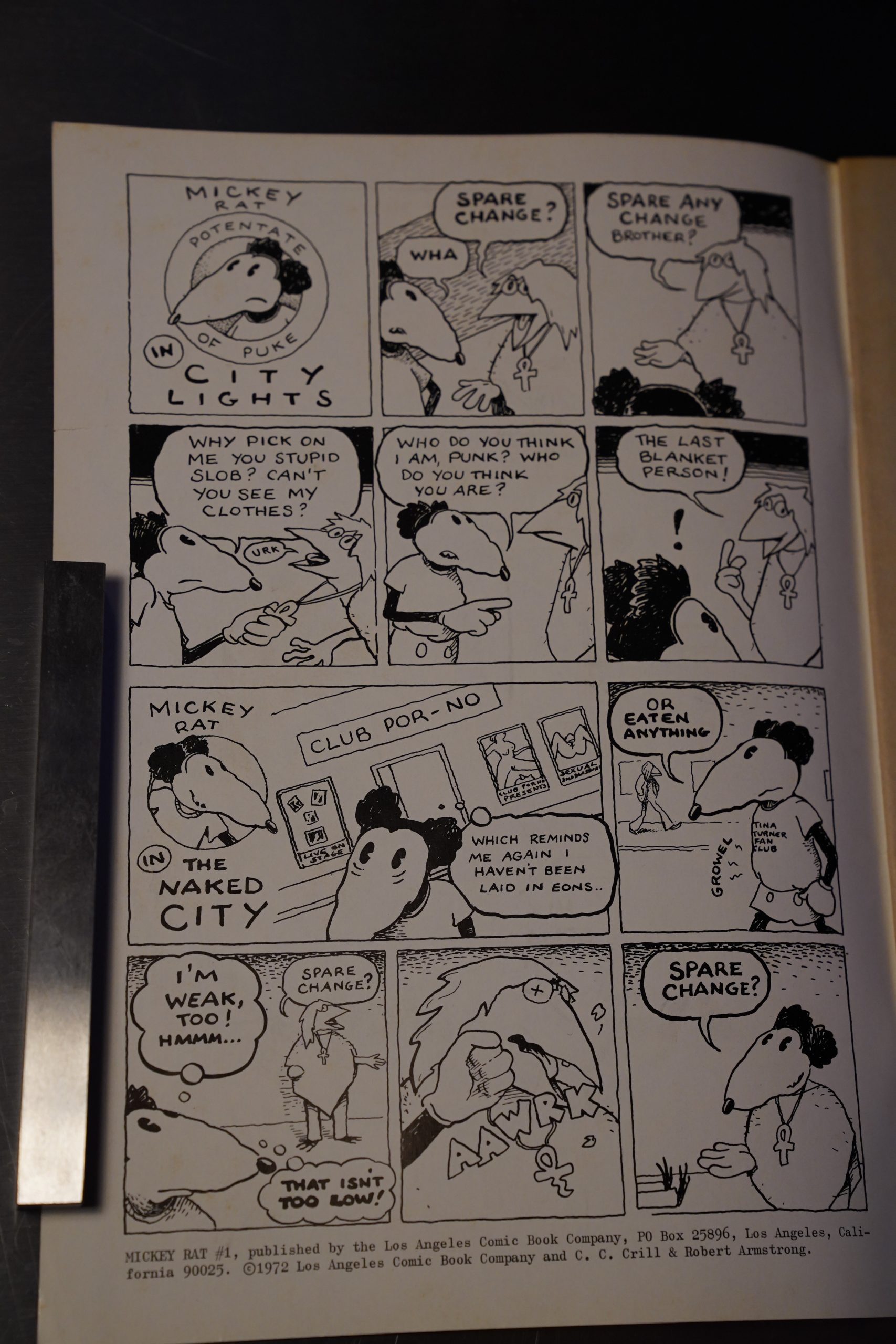 It’s a very underground comic — like many of them, it makes fun of hippies. 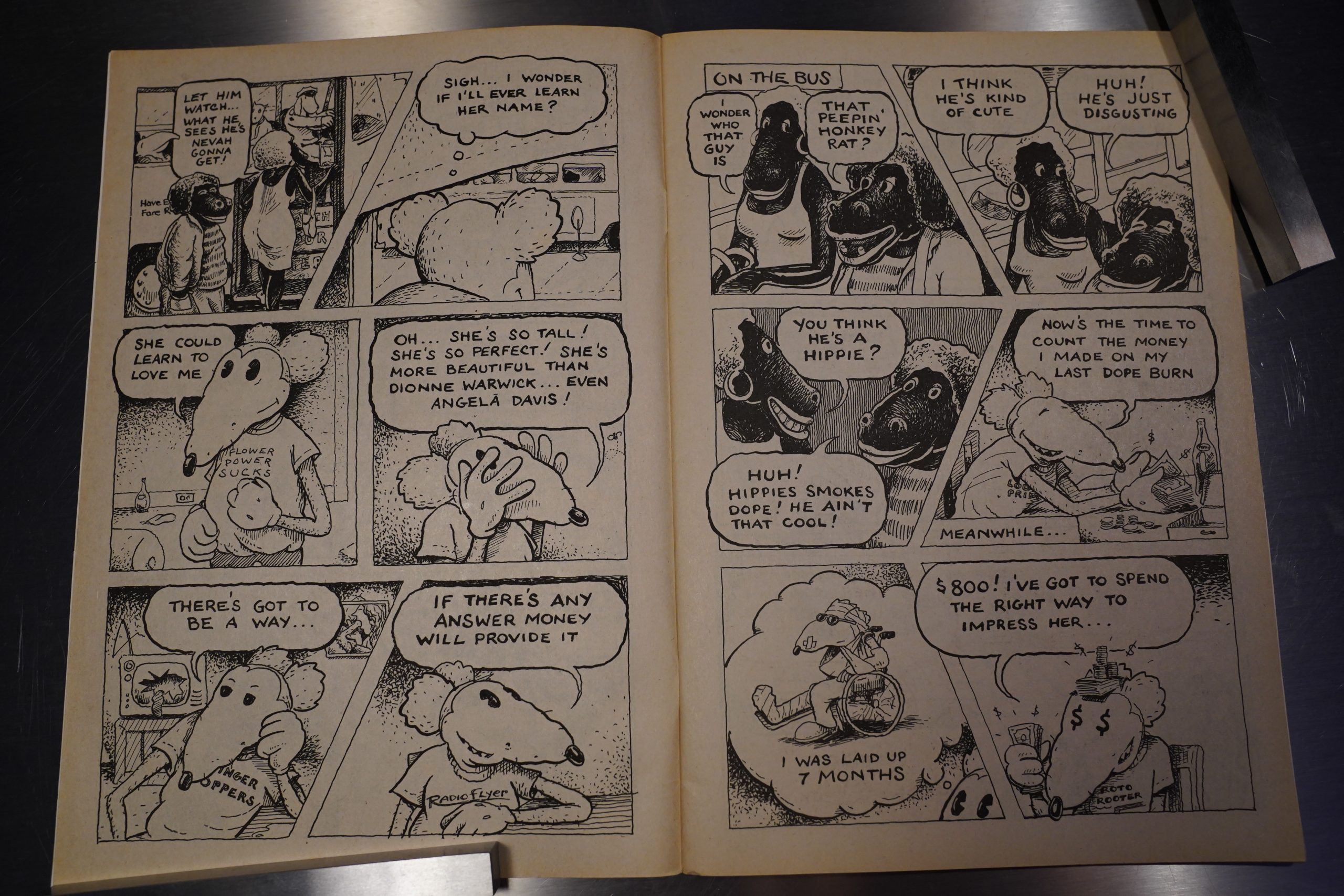 Armstrong’s cartooning is pretty interesting. It’s got an easy charm going on. The stories are mostly pretty simple jokes, but it hangs together quite well. 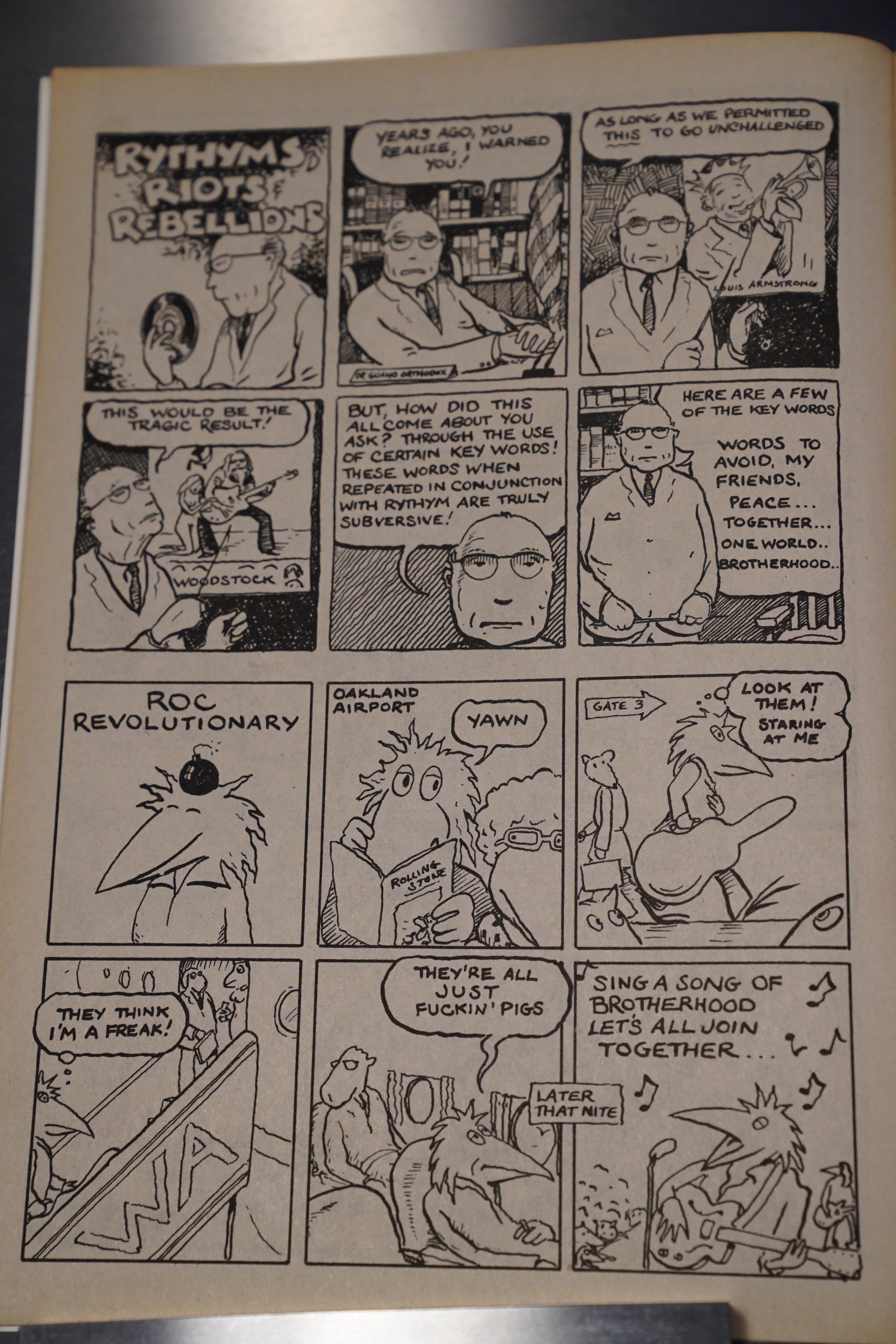 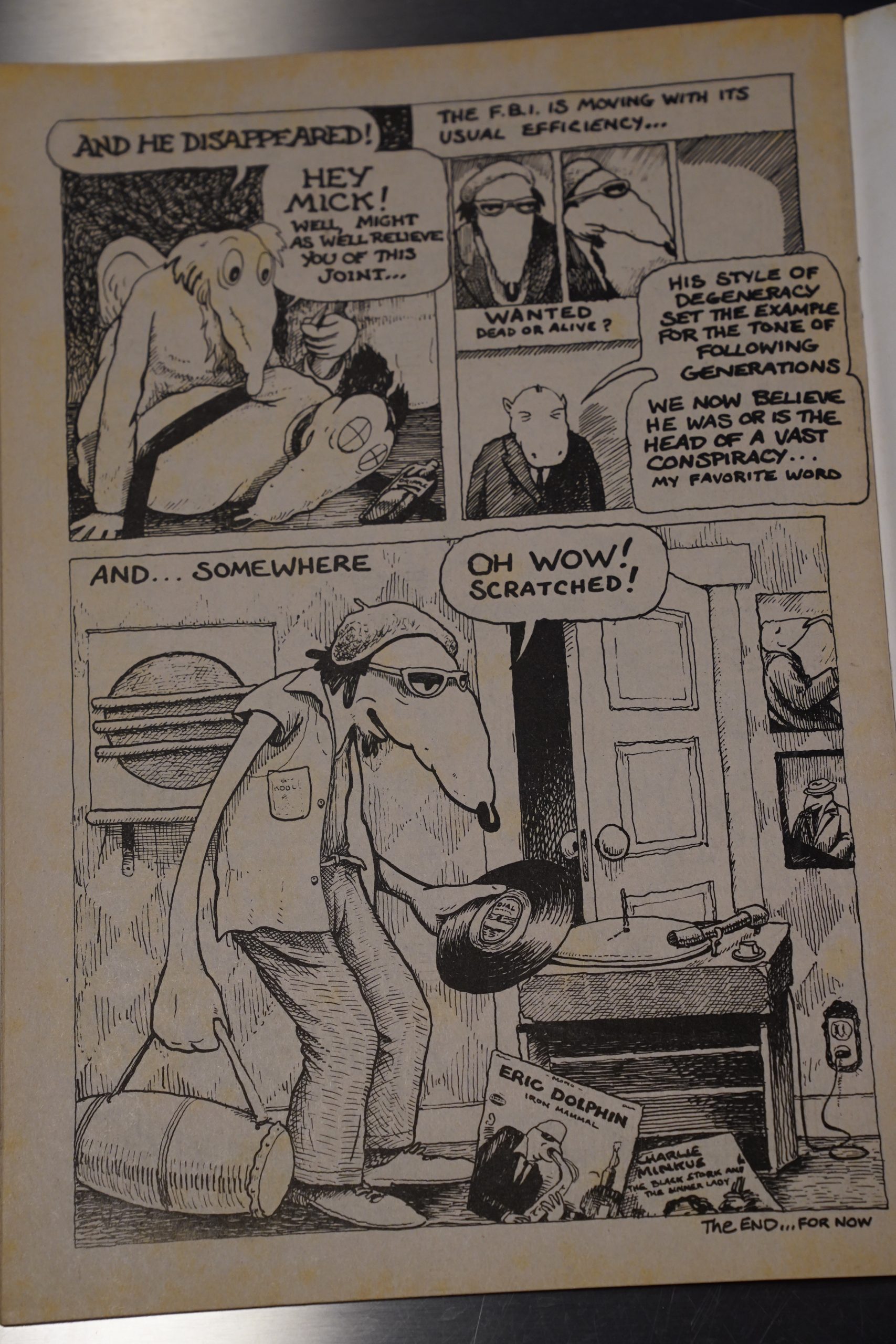 Unfortunately, the long story that rounds out the issue feels like it was going nowhere, and then it went nowhere.

He started as a t-shirt design. Nothing but a crude rip-off of Mickey Mouse, not so close in design to Disney’s character that he’d get in trouble, but close enough to be obvious. His name was Mickey Rat.

Perhaps not the most auspicious origin story of a character.

OK; I’ll update this blog post when I get the second issue.

This is the nineteenth post in the Entire Kitchen Sink blog series.