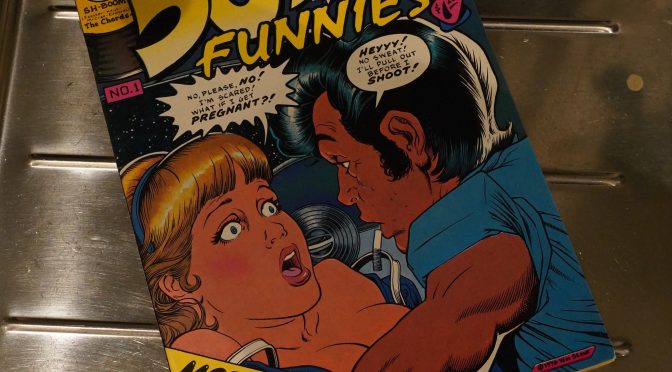 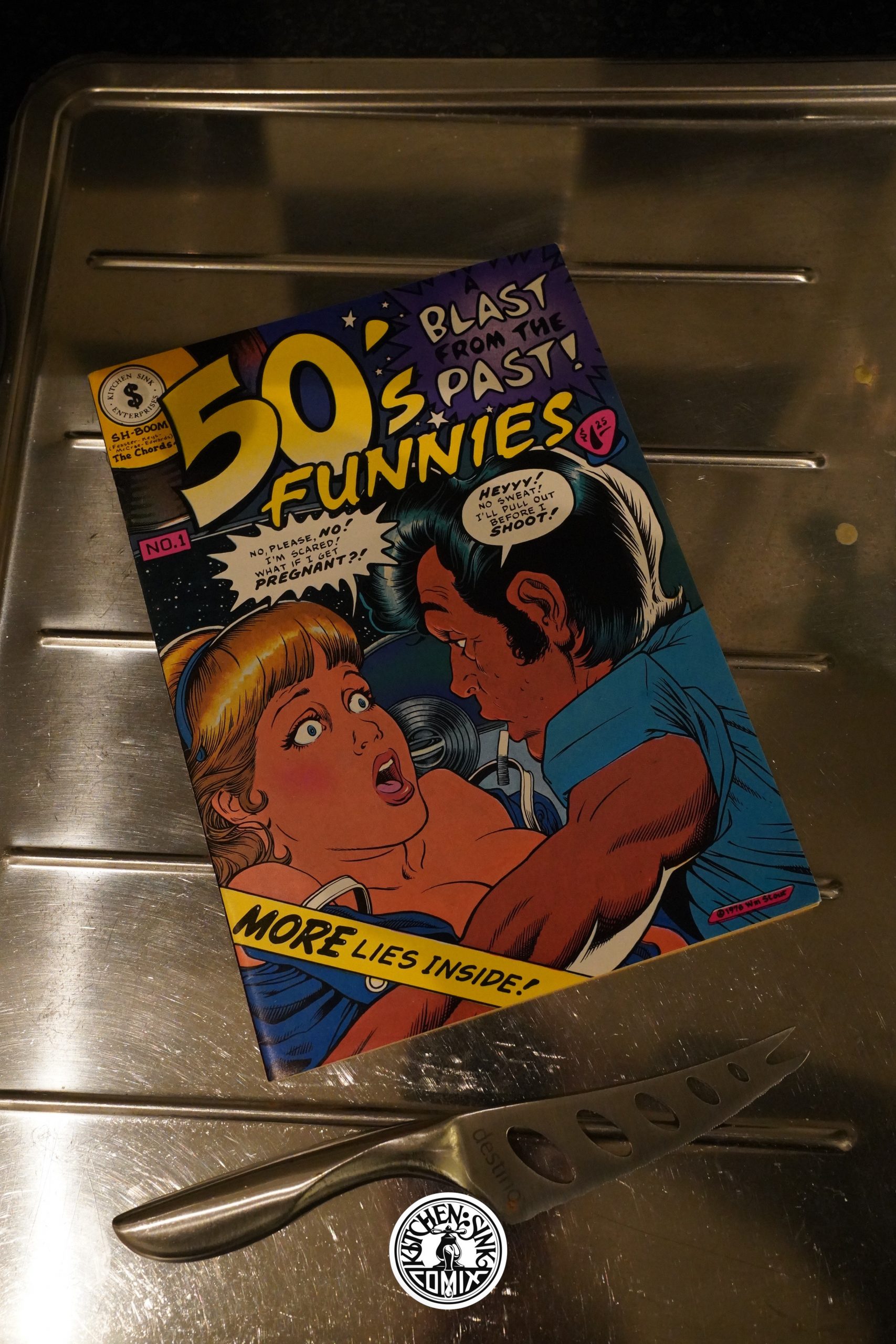 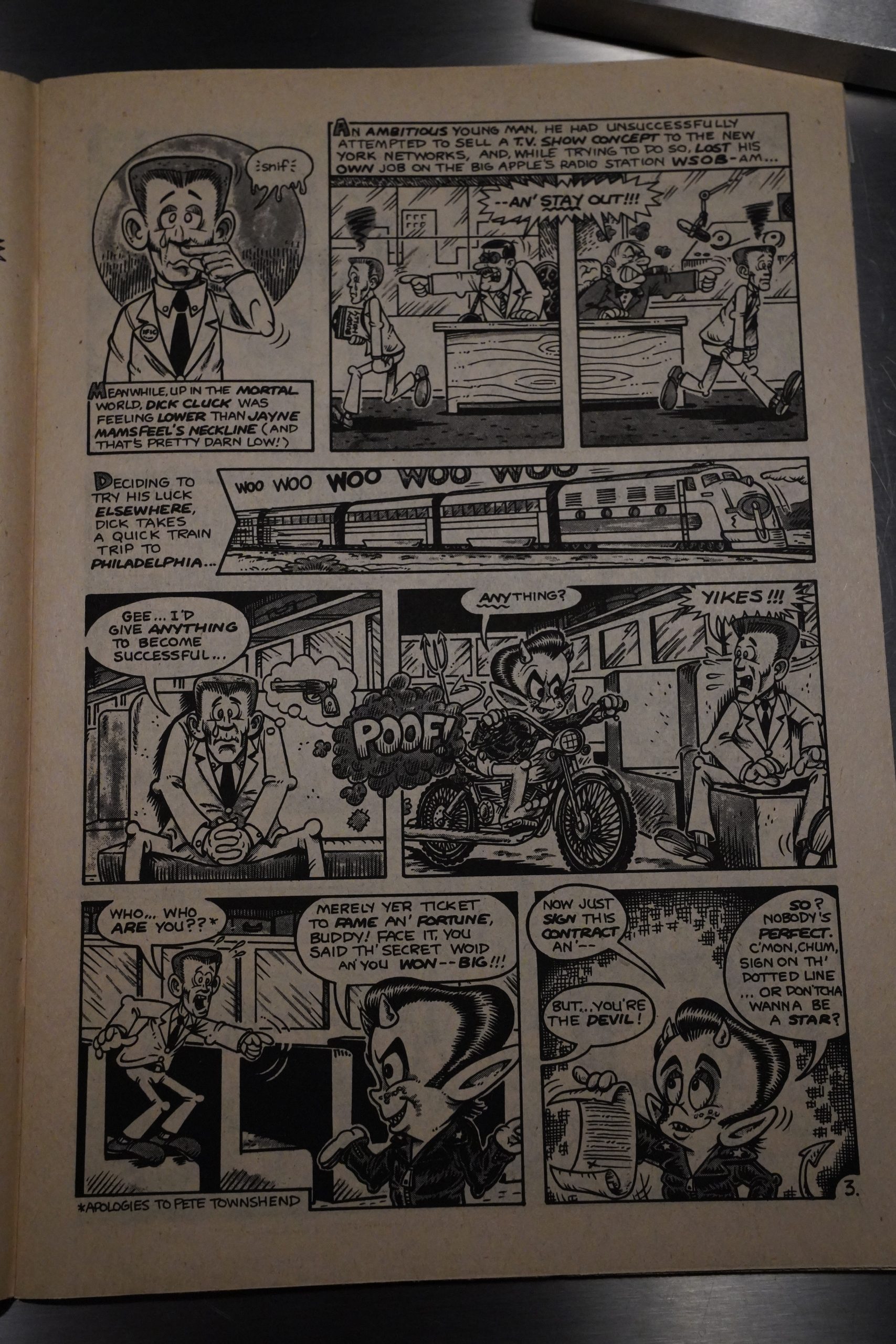 I assumed that this was going to be a reprint of 50s comics, but it’s not — it’s all brand new, but it’s loosely a 50s themed anthology. Here’s Larry Shell and Scott Shaw doing… er… I guess they’re going for humour. 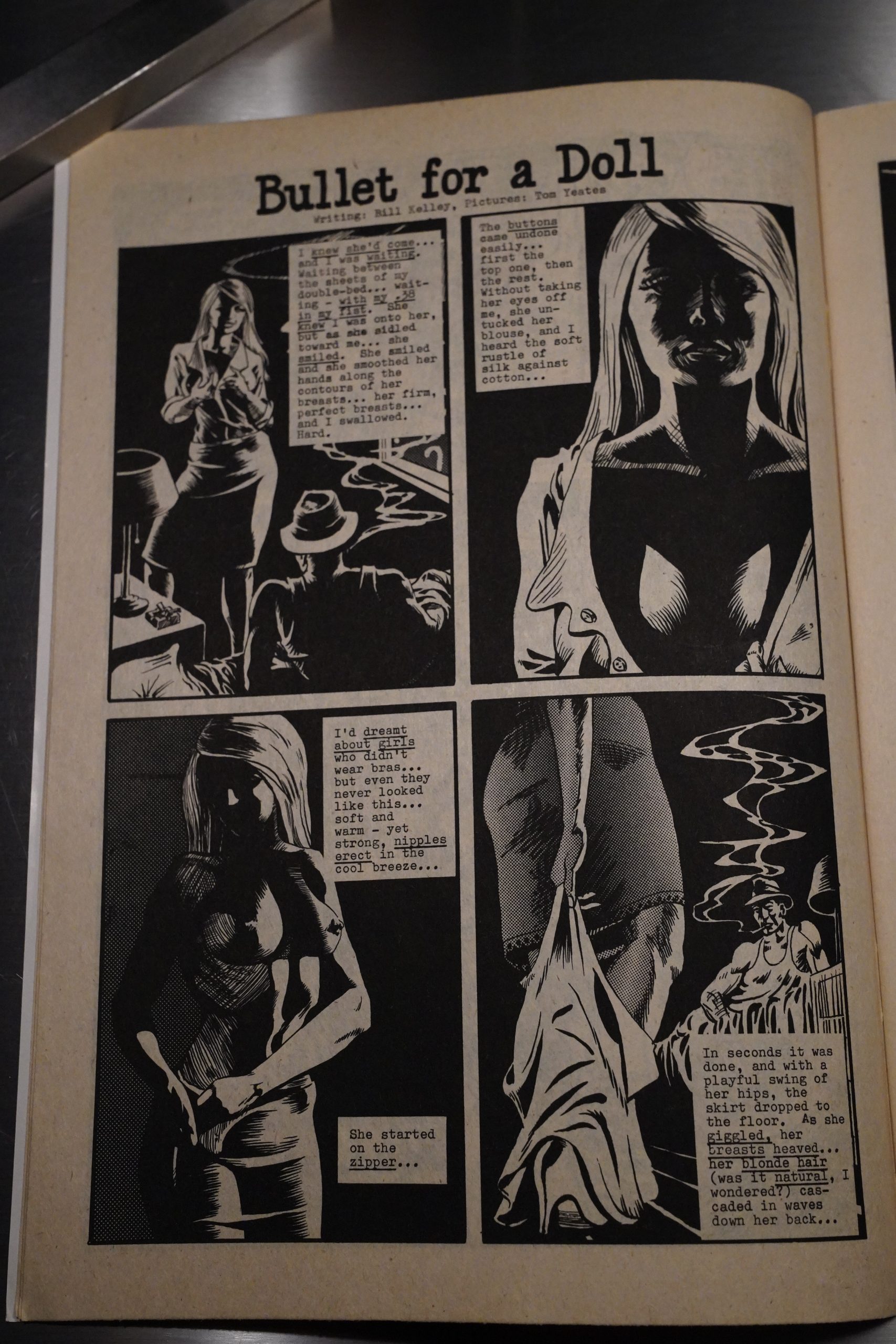 Hey! Early Tom Yeates. (The gag makes absolutely no sense, so I’m not even showing you it. Hah!) 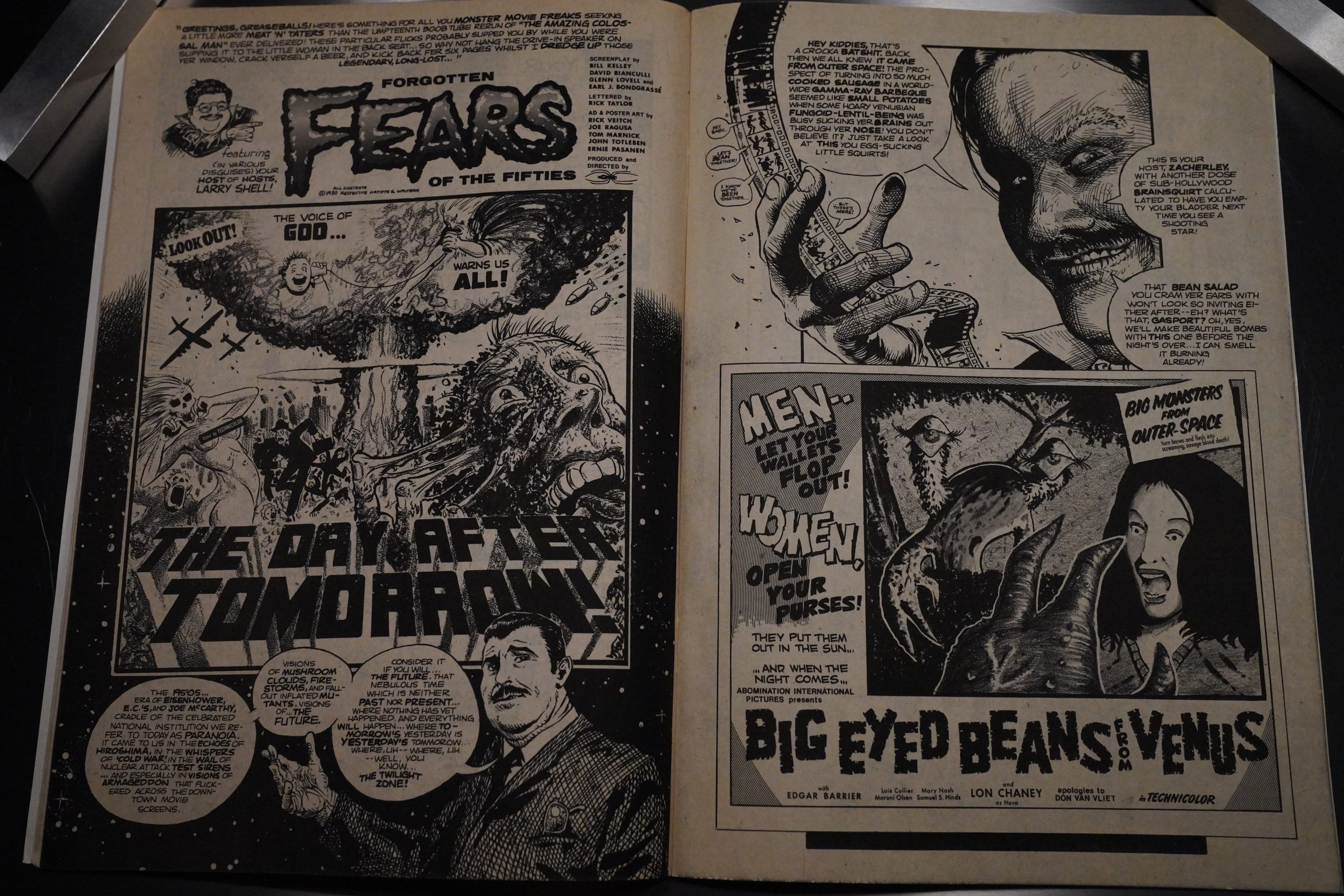 Tom Yeates… Rick Veitch… John Totleben… Hang on a minute! If I vaguely remember my comics lore correctly, all these people were at the Kubert School around this time, weren’t they? So is this a school project or something? It kinda reads like a school project. 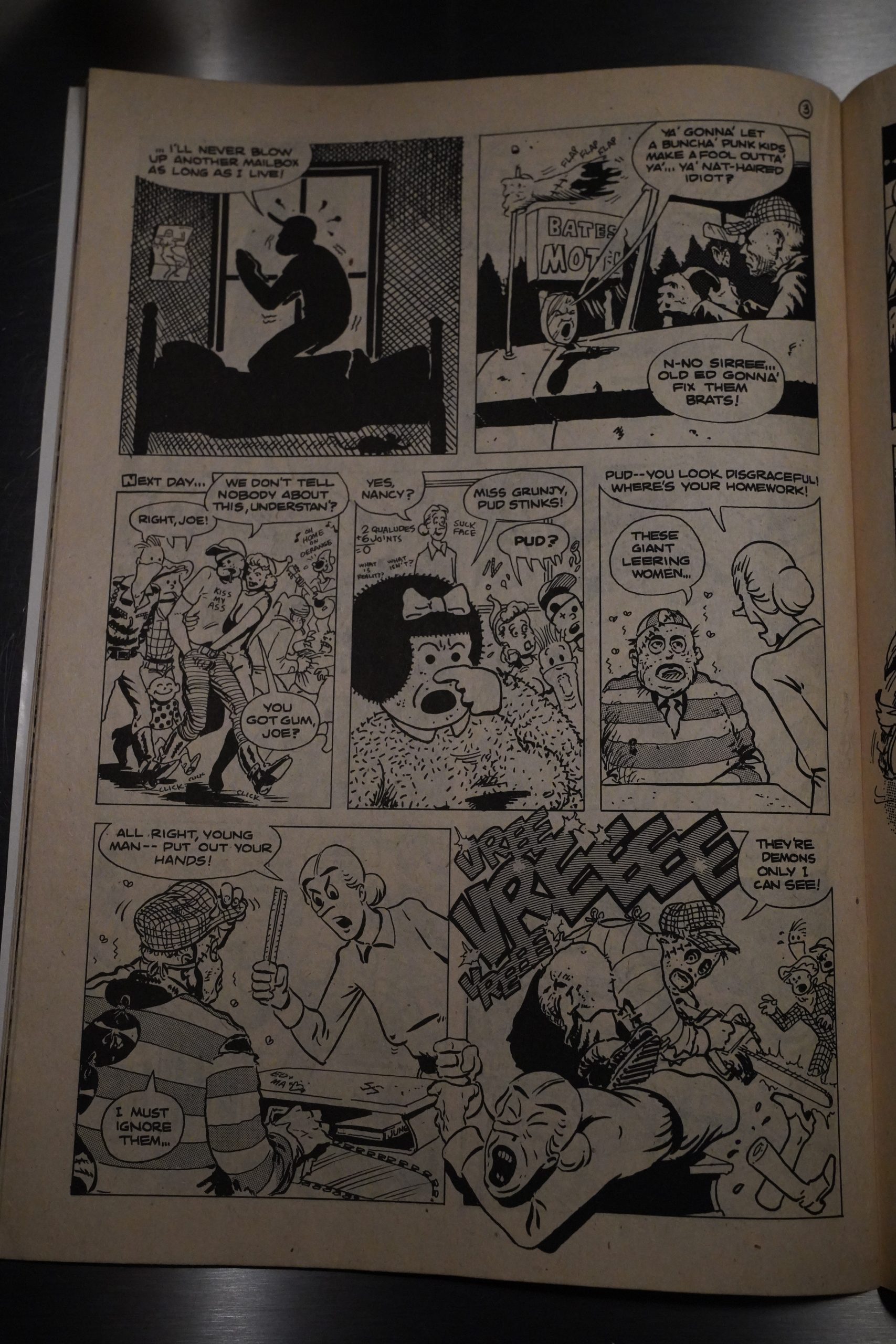 Bill Kelley (the name is unfamiliar to me) wrote this Texas Chainsaw Massacre parody, but Rich Veitch kinda saves it — the artwork’s very on point here, even if the actual gags aren’t… er… aren’t. 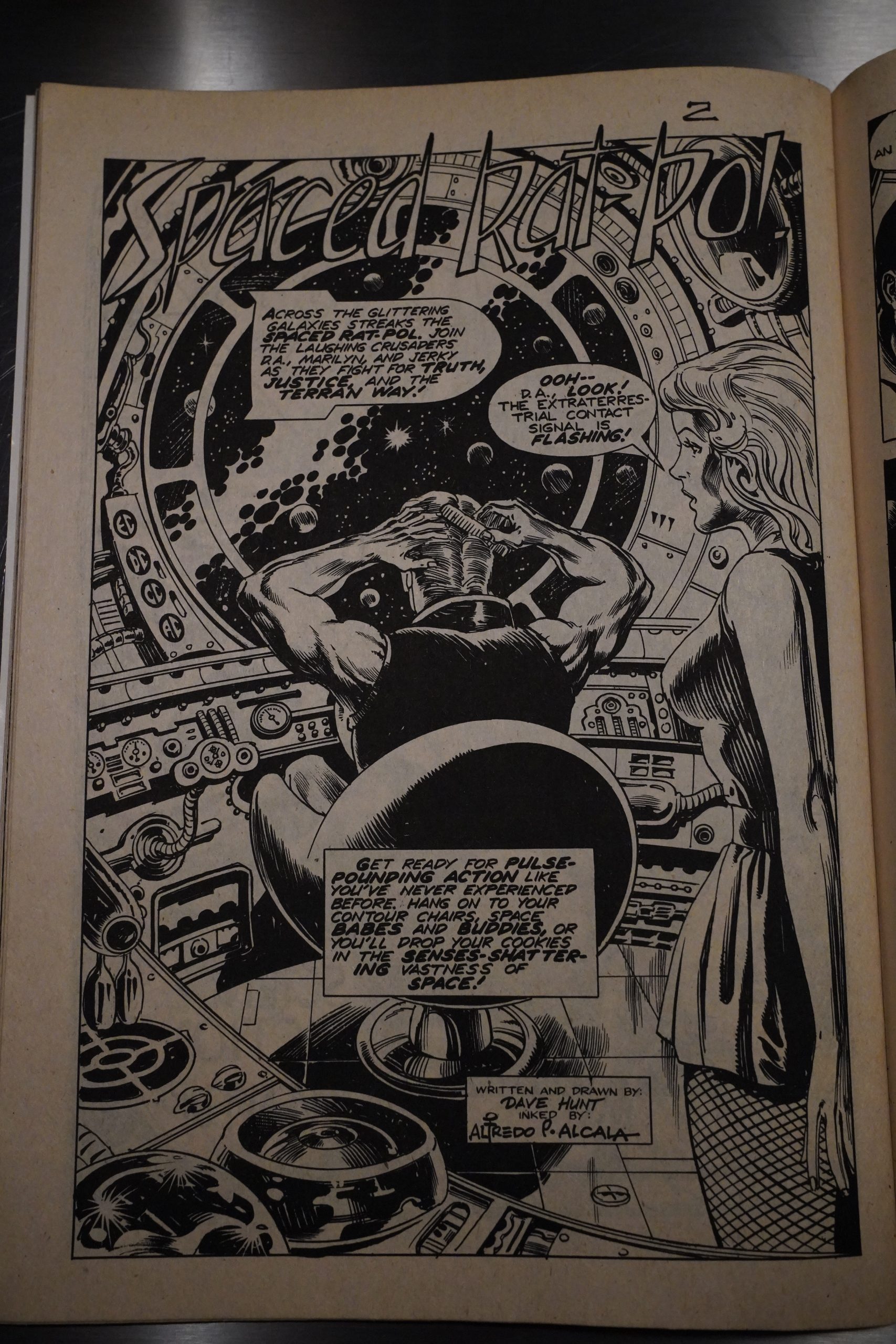 Dave Hunt and Alfredo Alcala do a kind of sci fi parody thing. 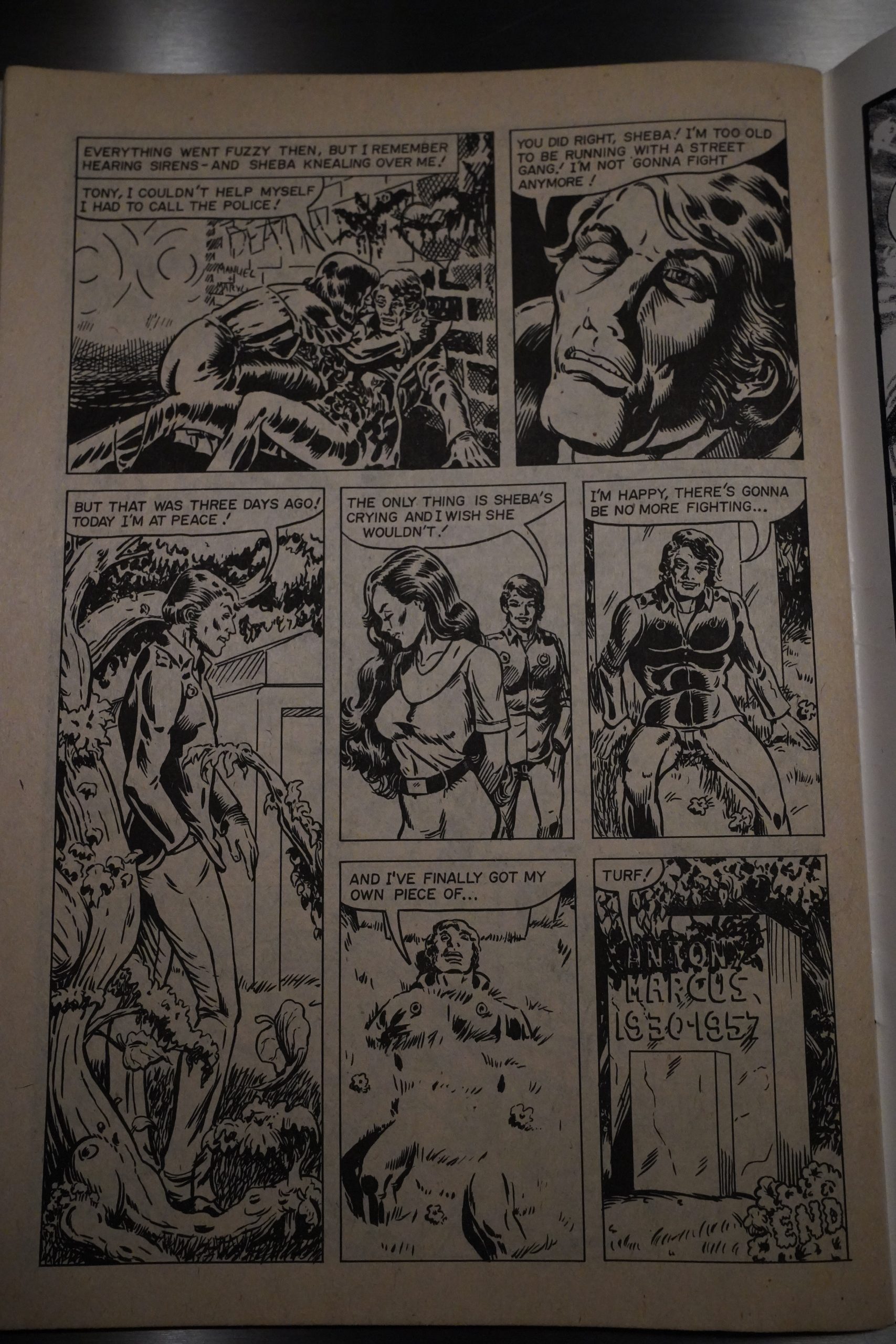 And then… Will Meugniot does an apparently totally serious 50s style moral weepie tale?

This is a very confusing anthology.

It only gets a six on Comix Joint:

Maybe there were too many cooks stirring up this bland soup, but the writing is rather flat in places. There are certainly highlights to be found, but not enough.

I can’t find any chatter about it on the interwebs.

This is the fifty-fifth post in the Entire Kitchen Sink blog series.