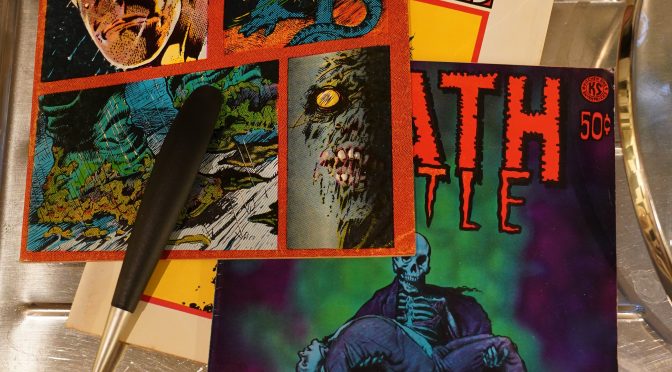 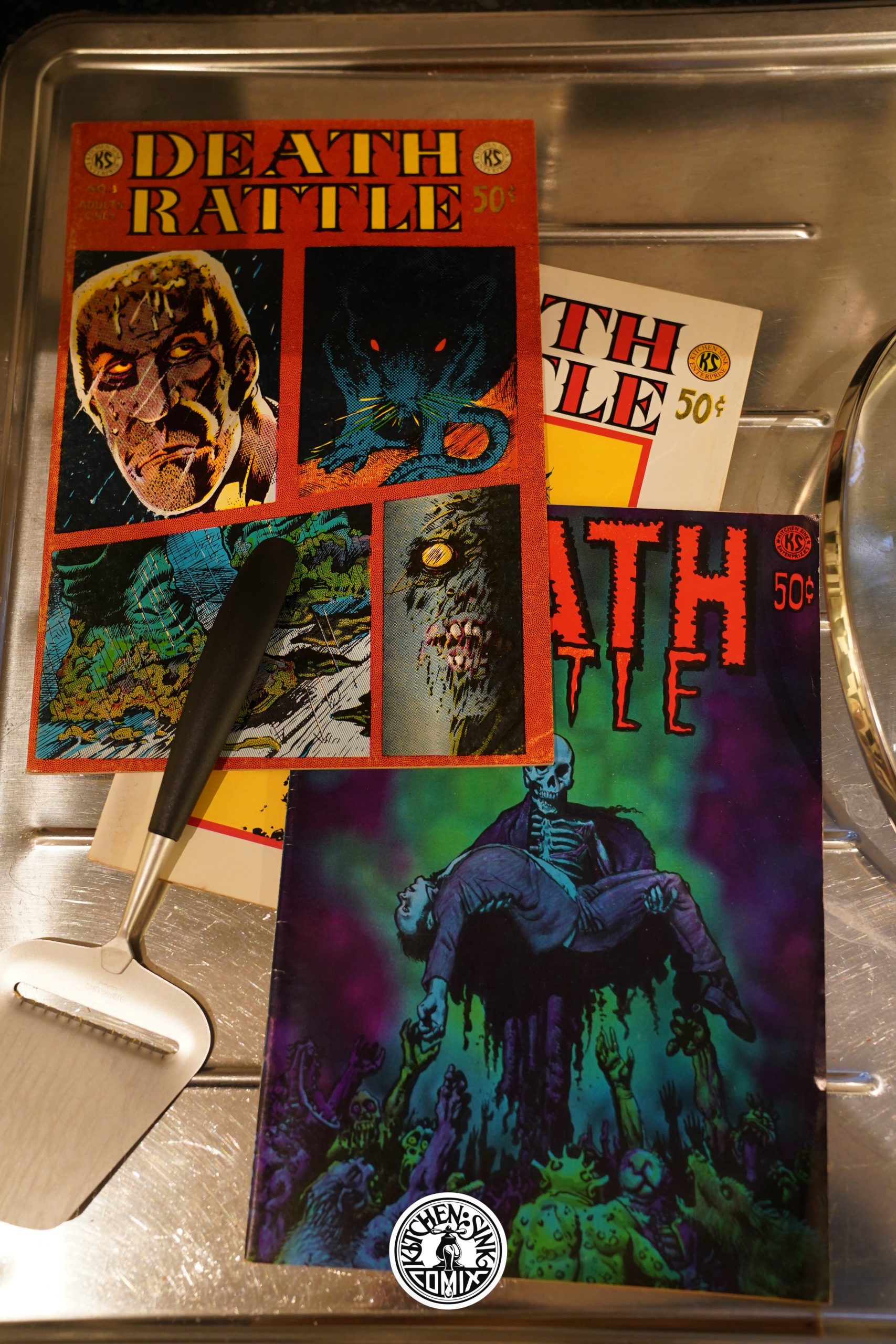 Kitchen Sink were pretty lax about credits in general, but this is the most anonymous book yet: No editor listed, and most of the comics themselves are unsigned and uncredited.

But this is Kitchen Sink’s sorta-long running horror series — there were three volumes of this published, and I’ll do each one separately, because they’re pretty different. 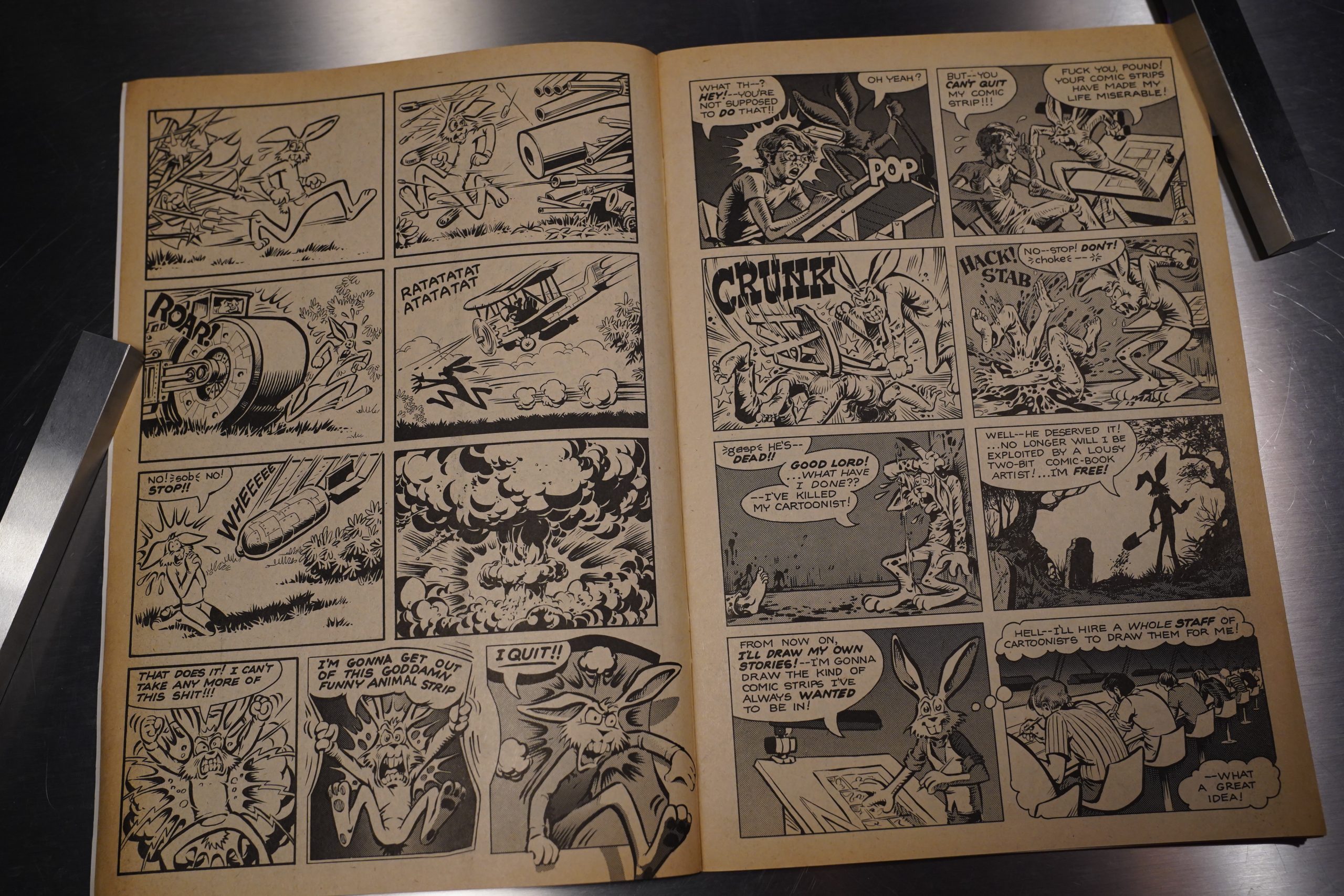 This is John Pound, though, and he’s quite accomplished — and contributes some of the most straightforward pieces. (And, yes, these are EC-derived things with twist endings, but not slavishly.) 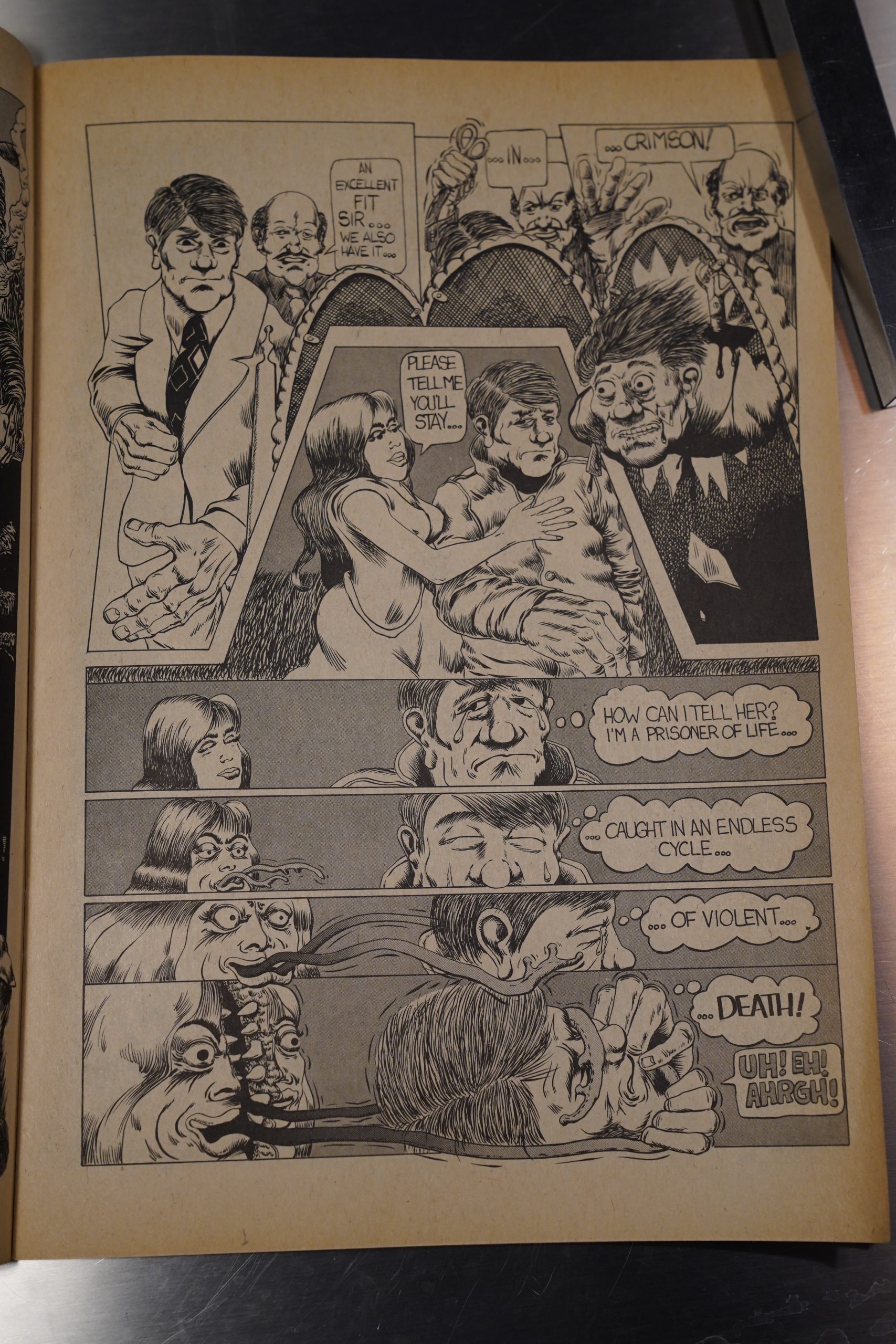 I guess this is Tim Boxell? Perhaps? He’s appearing in basically all the comics that Kitchen is publishing around this time, so I guess he… works fast? And he’s got a certain something going on, but it’s… not that thrilling. Except for that woman’s face, which looks like it could have come from a Japanese horror comic book. 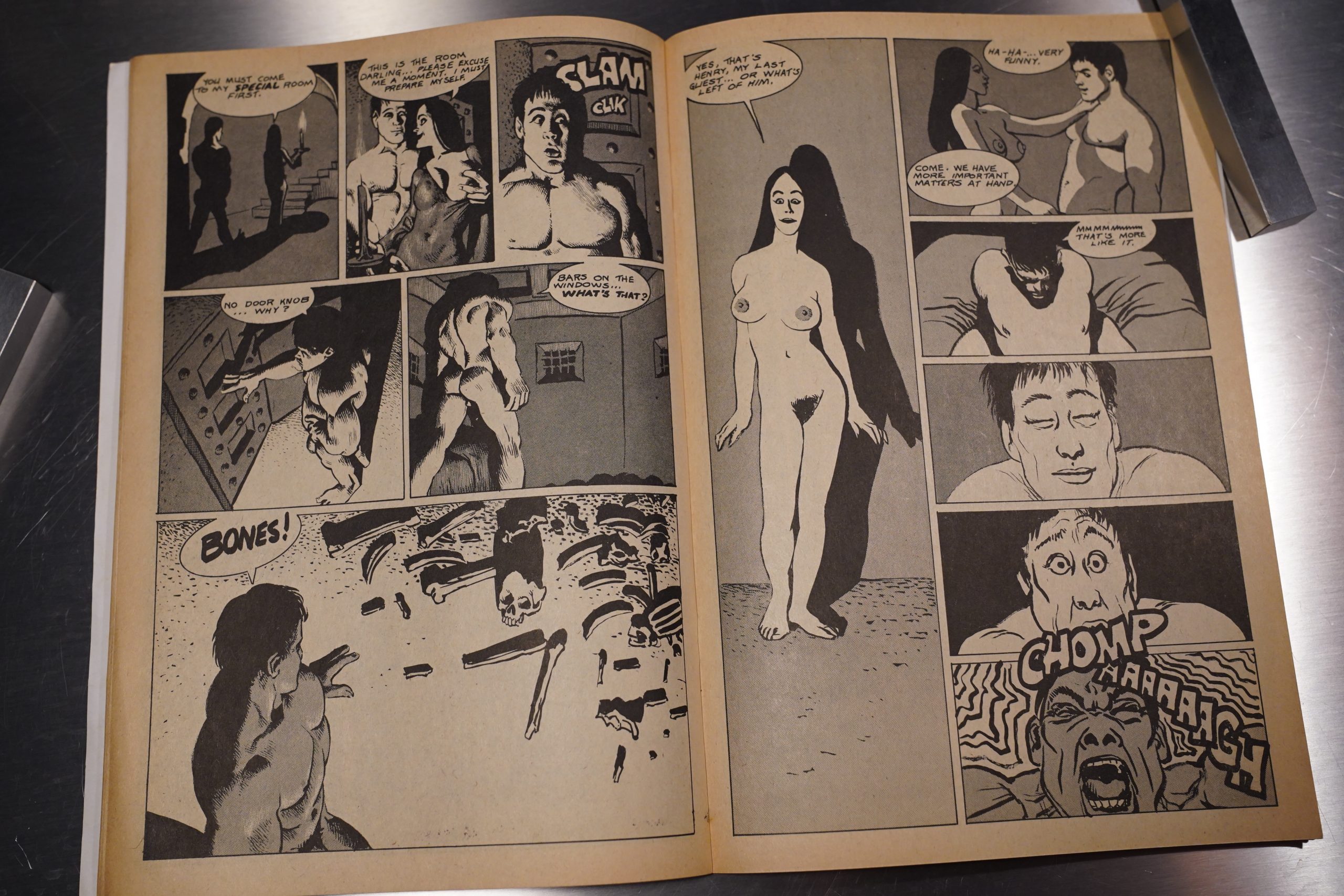 And this is, indeed, Richard Corben. It’s obvious on the page to the left, but that page on the right? I wouldn’t have guessed. It’s most un-Corben. But kinda cool? Realy cool? 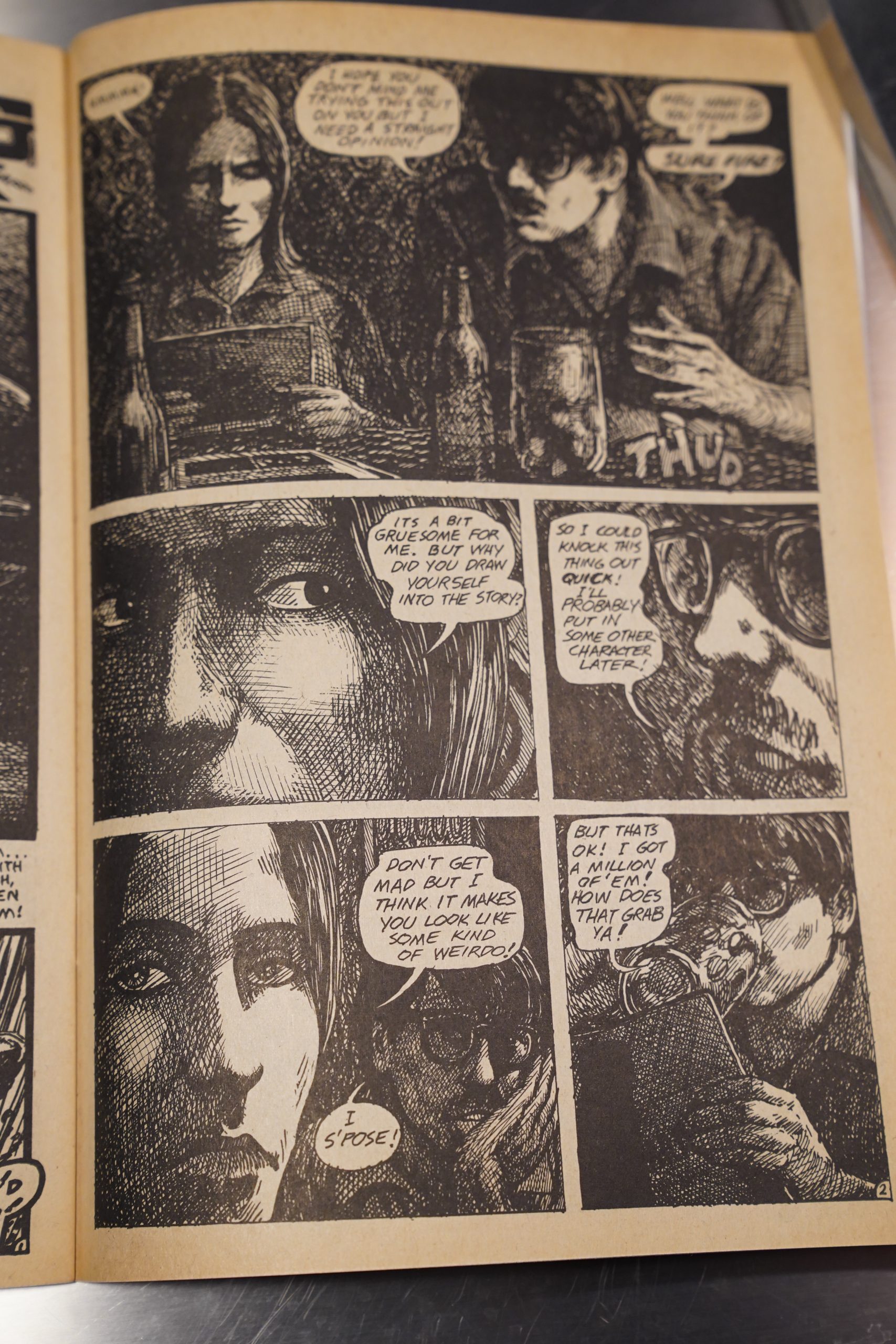 Pete Poplaski has a different style for every thing he does, and… this is the most successful story I’ve read of his. It’s got tension, it’s pretty amusing, and it looks great. 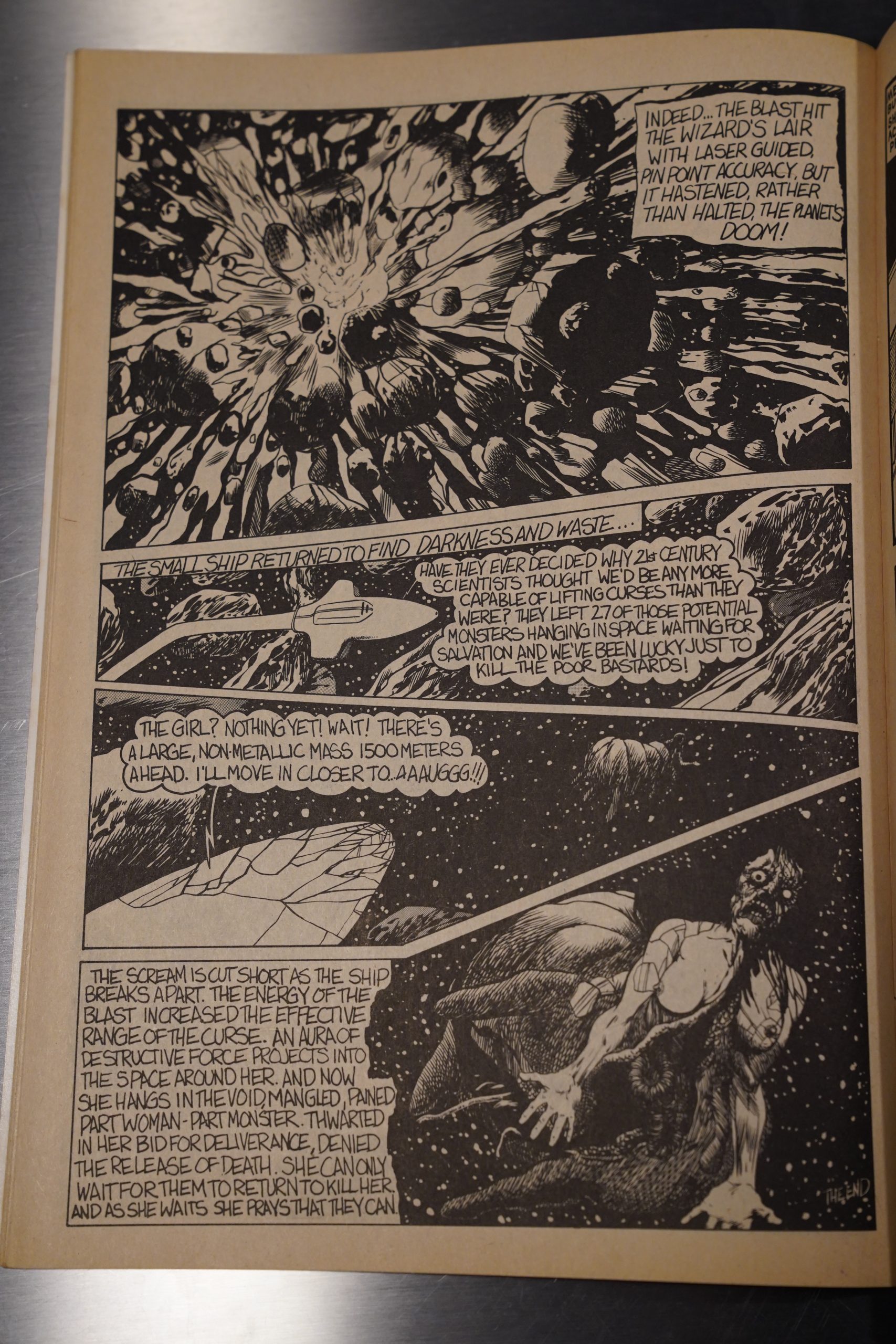 Unfortunately, most of the pages here are like this. (Boxell again?) They’re barely readable, and just… without any interest.

I’m starting to feel resentful towards Denis Kitchen, because I didn’t know that he published so much crap. I thought he was a class act. And perhaps he grew into that later, but the first few years are pretty hard to swallow. 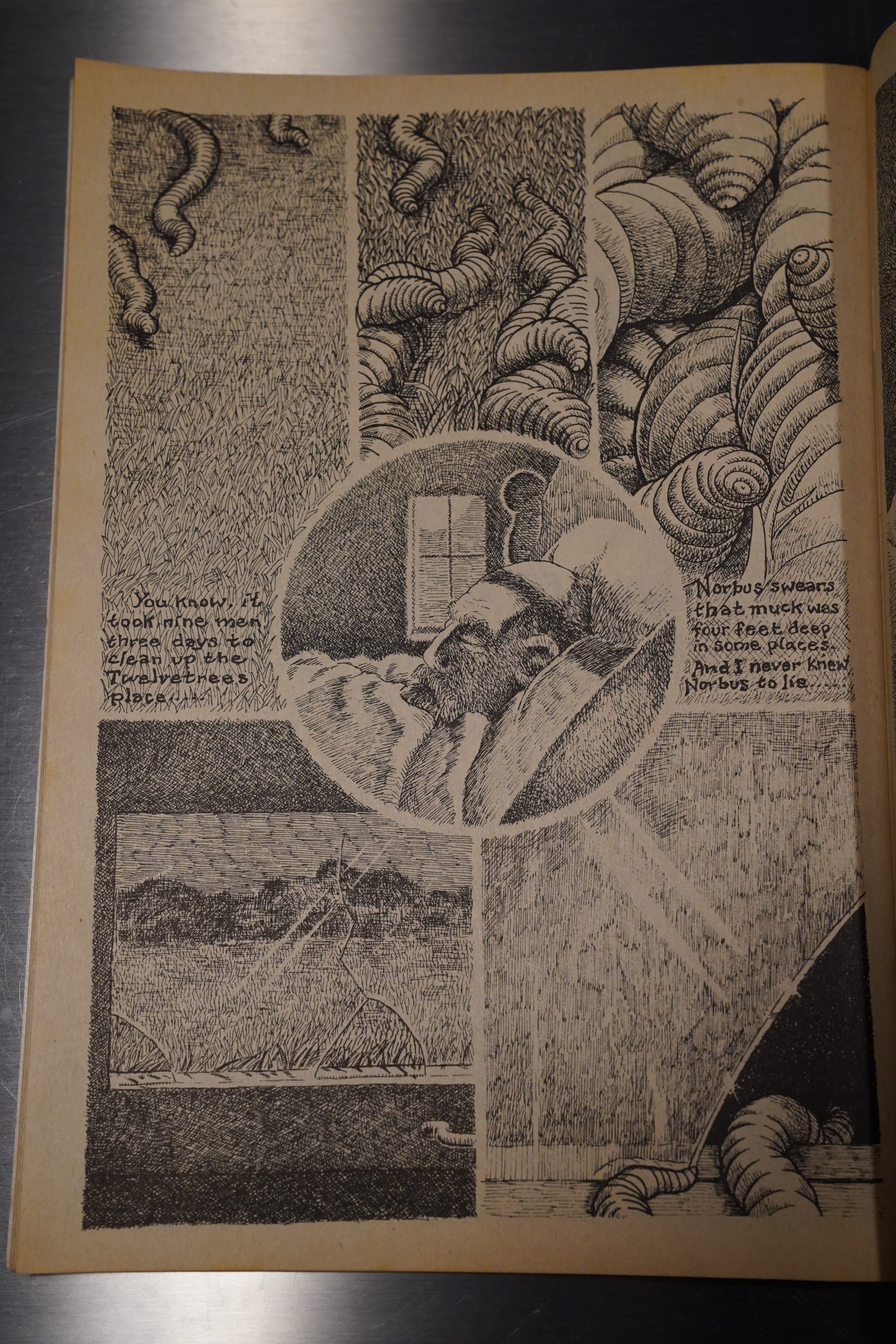 I have no idea who did this, but the art style is really intriguing, and the story is properly creepy. Nice one. 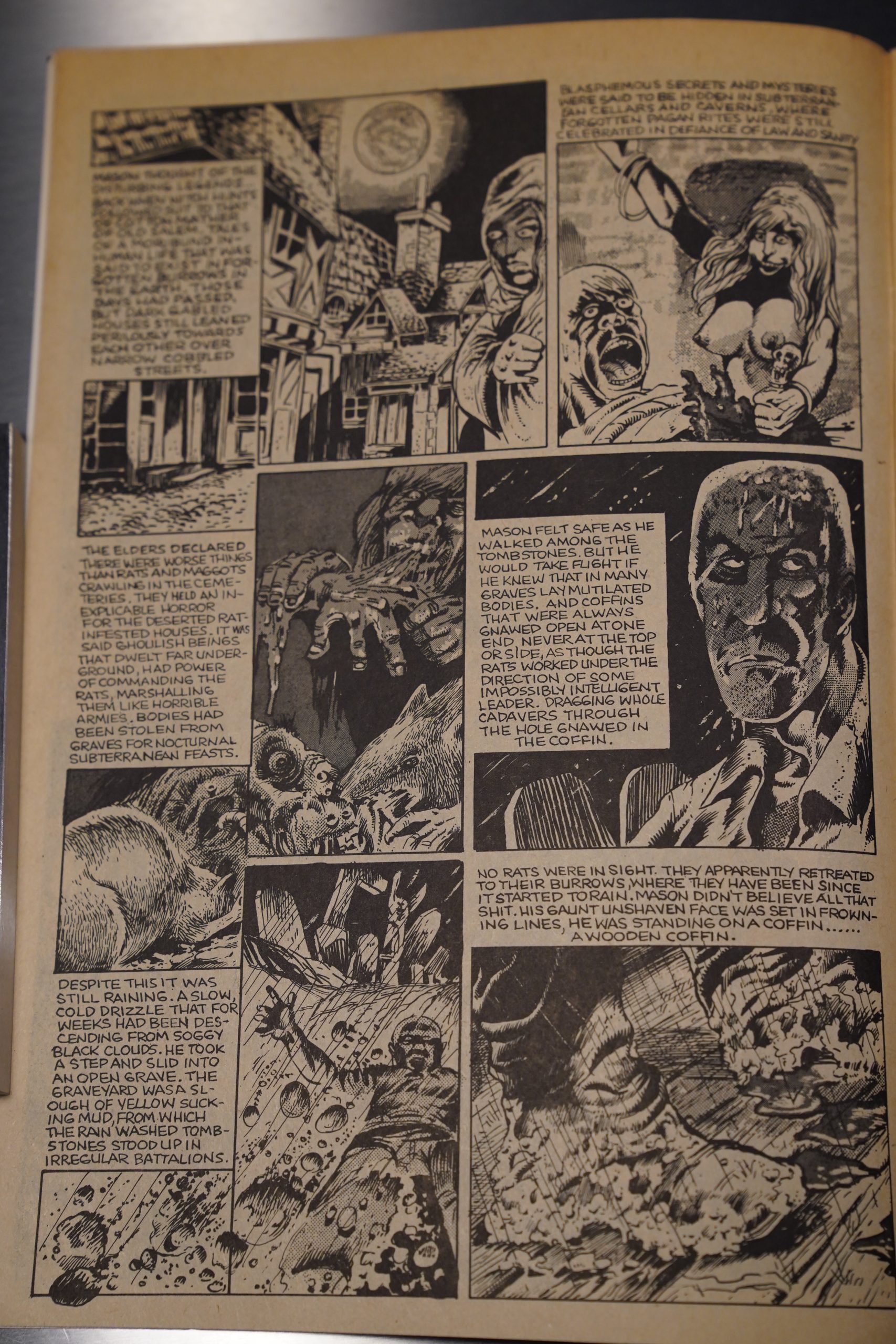 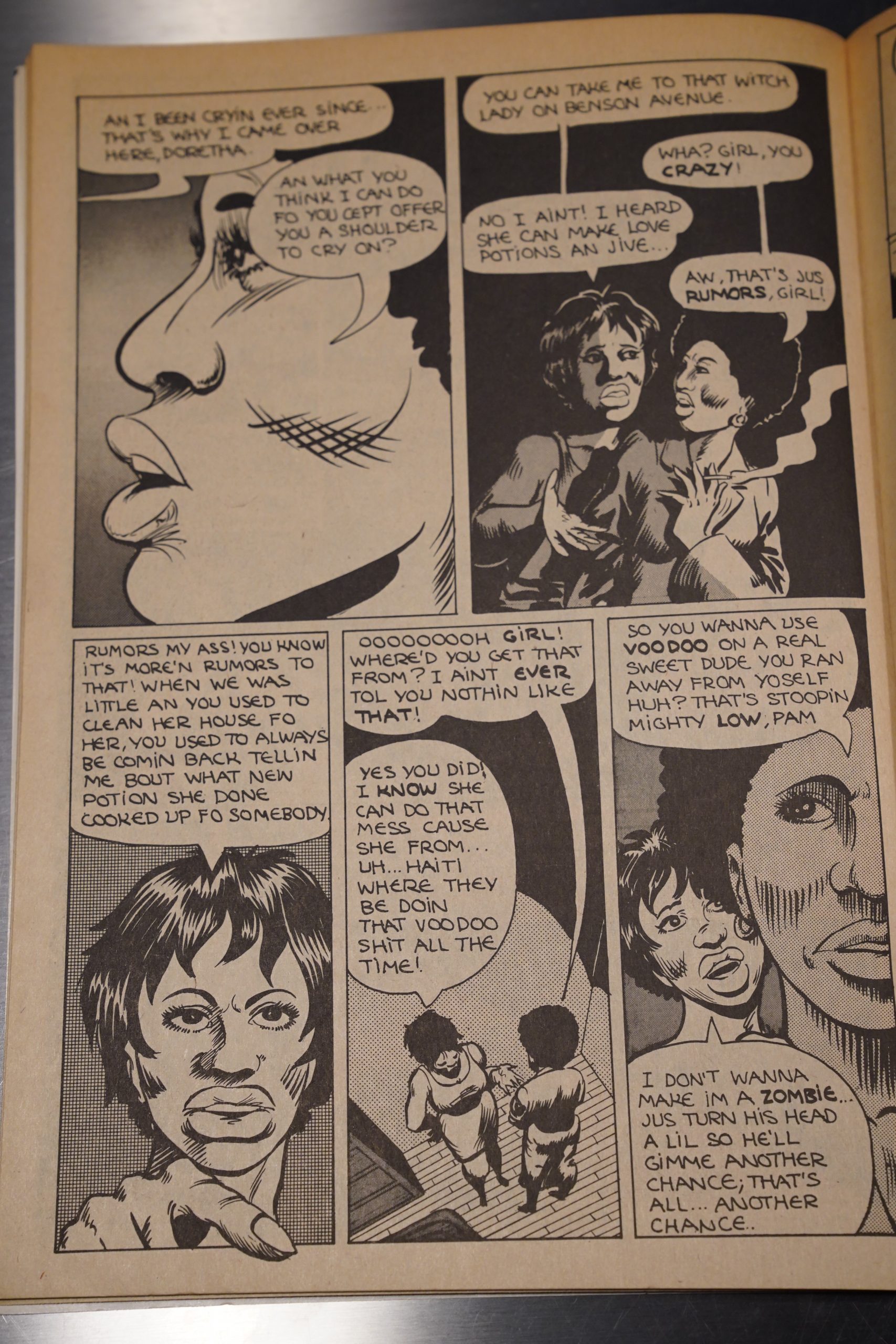 W. E. Hoyden? Hayden? did this one, and it’s notable for having female characters… that speak… TO EACH OTHER. *gasp* *horror*

Anyway, I can see why this series was cancelled after three issues, because it’s… it’s… even on a Kitchen Sink 1972 scale, it’s bad.

So Comix Joint gives is a nine, eight, eight.

This is the fifteenth post in the Entire Kitchen Sink blog series.