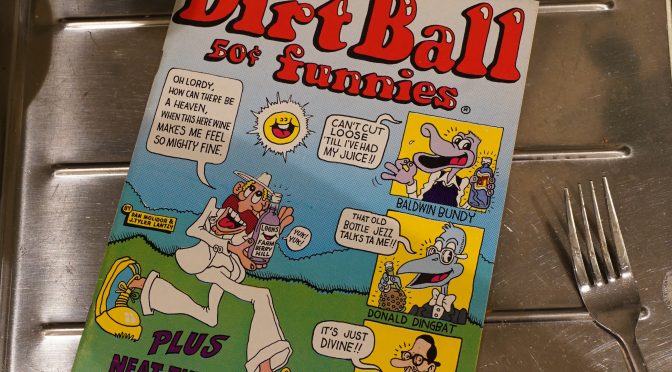 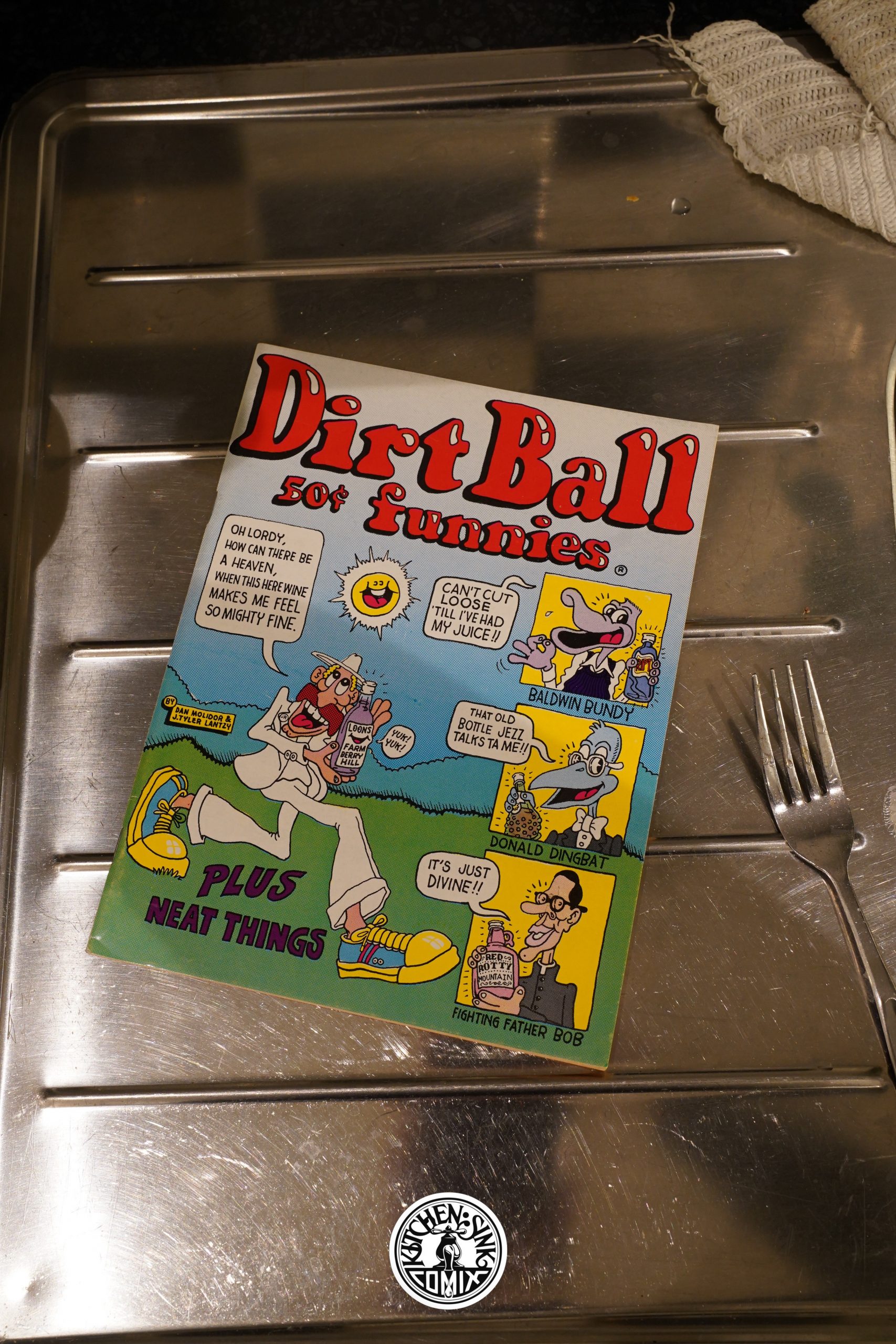 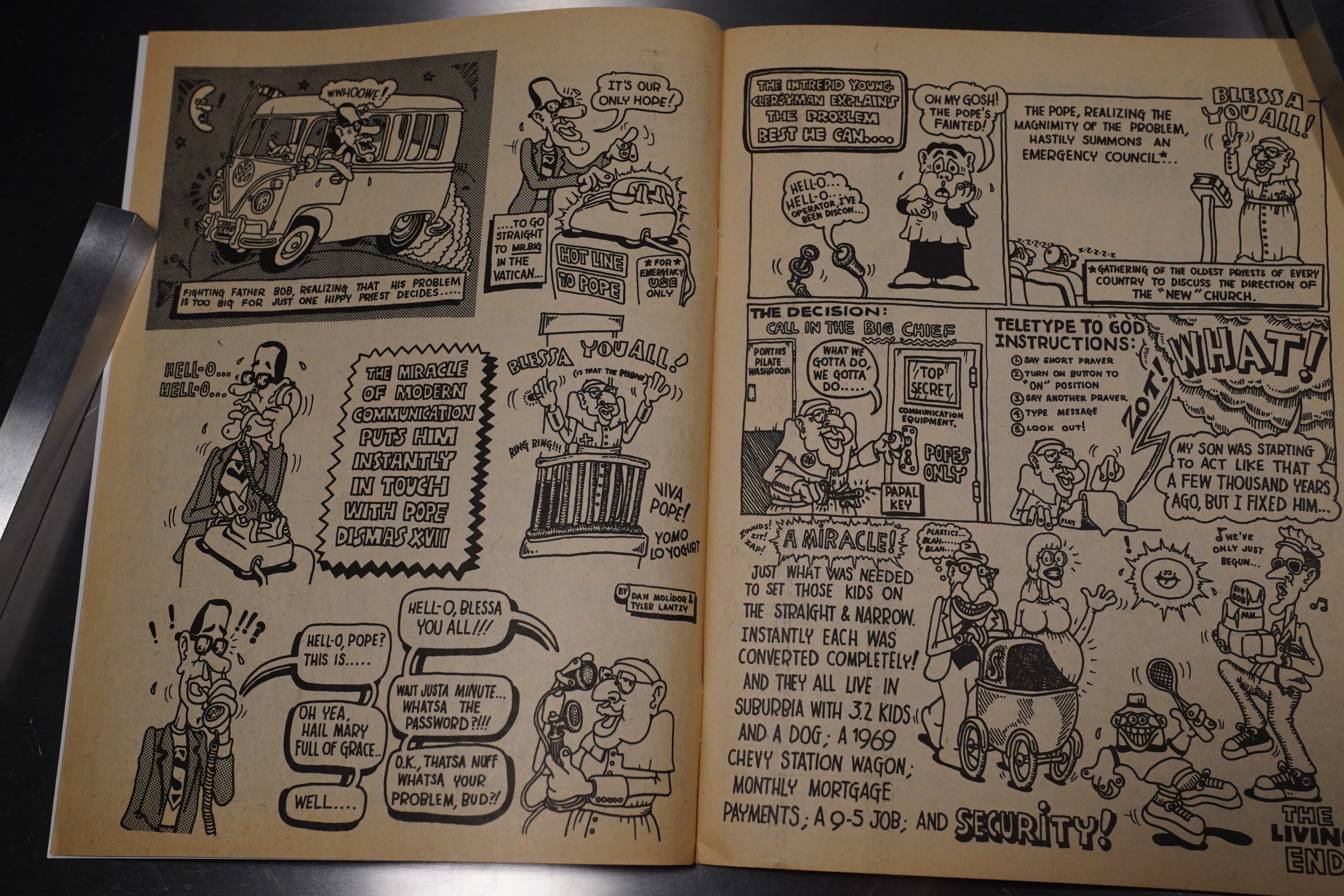 Most of the stuff in this book isn’t “comics” per se, but there’s a couple of narratives… like this one… about the Pope calling God to make all hippies into squares. 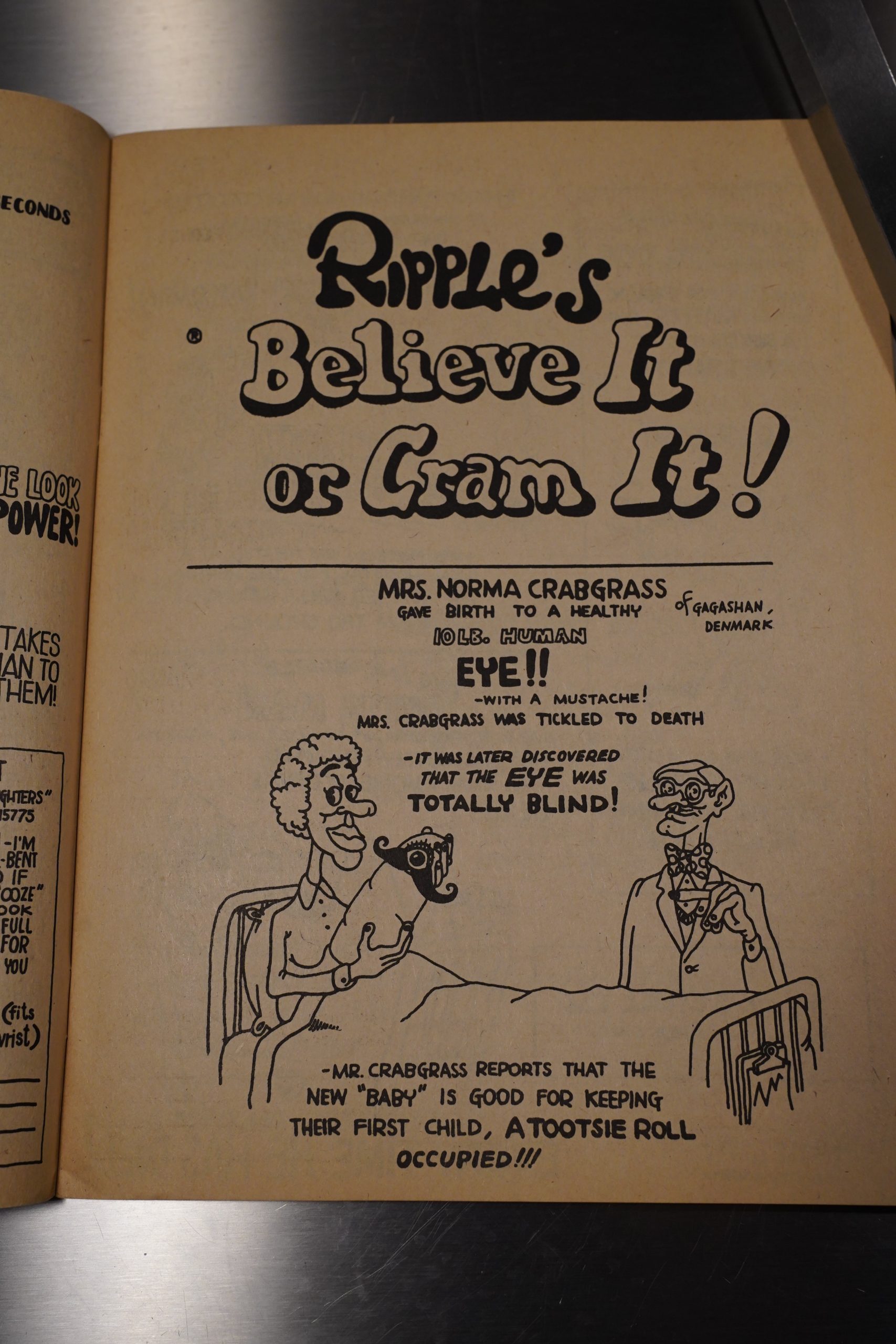 But most of the stuff is just absurdist randomness.

Some of it approaches genius. 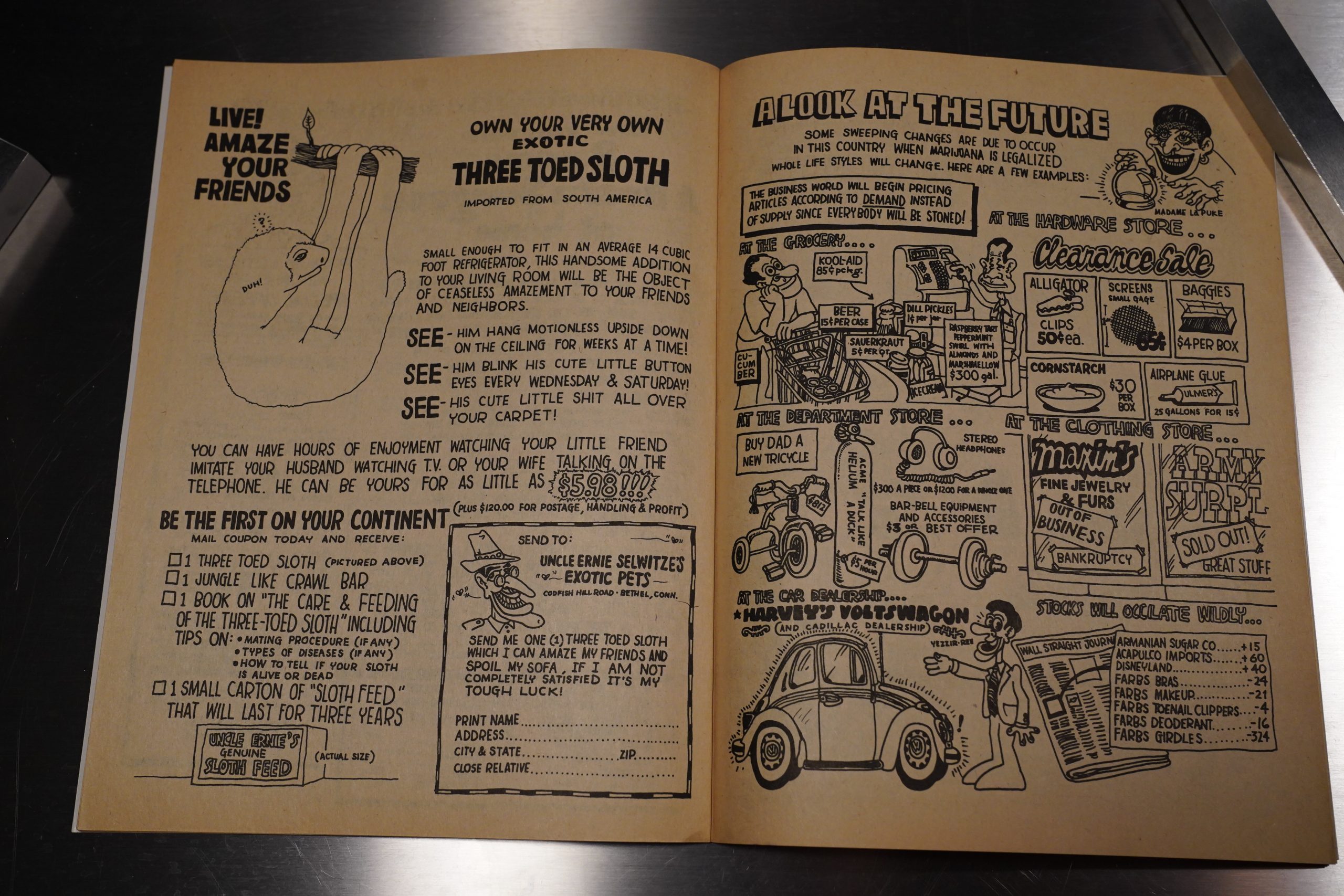 Most of it is pretty dire. This feels like it could have been in a college newspaper or a fanzine or something? It feels very low effort; something 18-year-olds would do while sniggering at each other?

Not that there’s anything wrong with that. 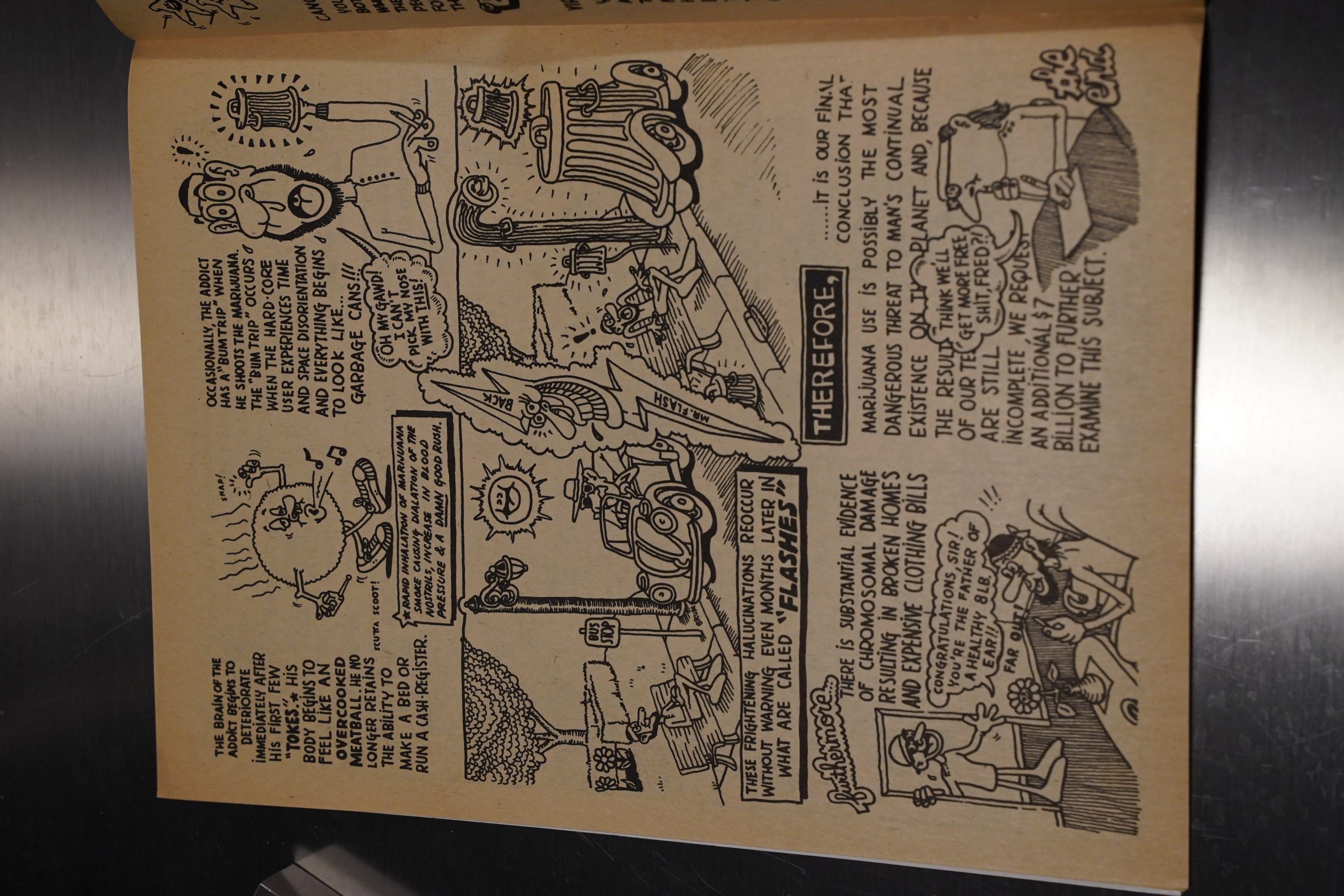 Comix Joint gives it the lowest score possible, a 6:

As for Dirt Ball Funnies, it sold out its 1st printing within a few months and had a 2nd printing of 10,000 copies. But to be honest, it really isn’t a very good comic, though some of the humor is pretty decent, with entertaining titles like “Fighting Father Bob,” “Ripple’s Believe It or Cram It!” “Marijuana (The Killer Drug),” “Become A Brain Surgeon at Home,” and “I Was A Doper.”

Well, I assume that’s the lowest score; I haven’t seen anything lower yet… Oh, Quagmire got a five.

This is the twelvth post in the Entire Kitchen Sink blog series.