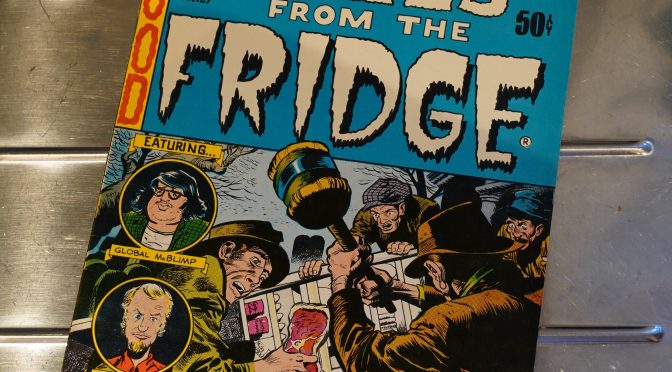 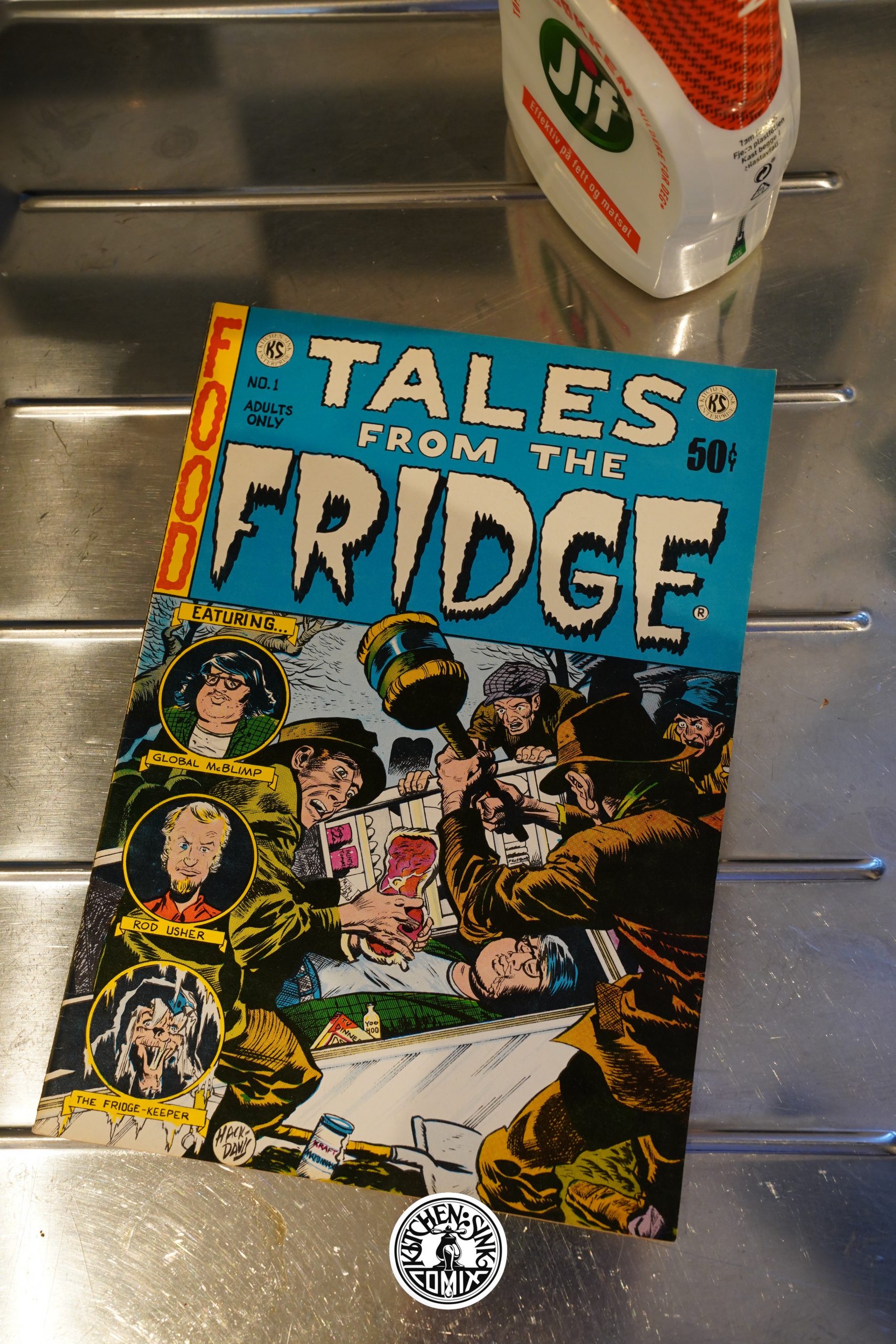 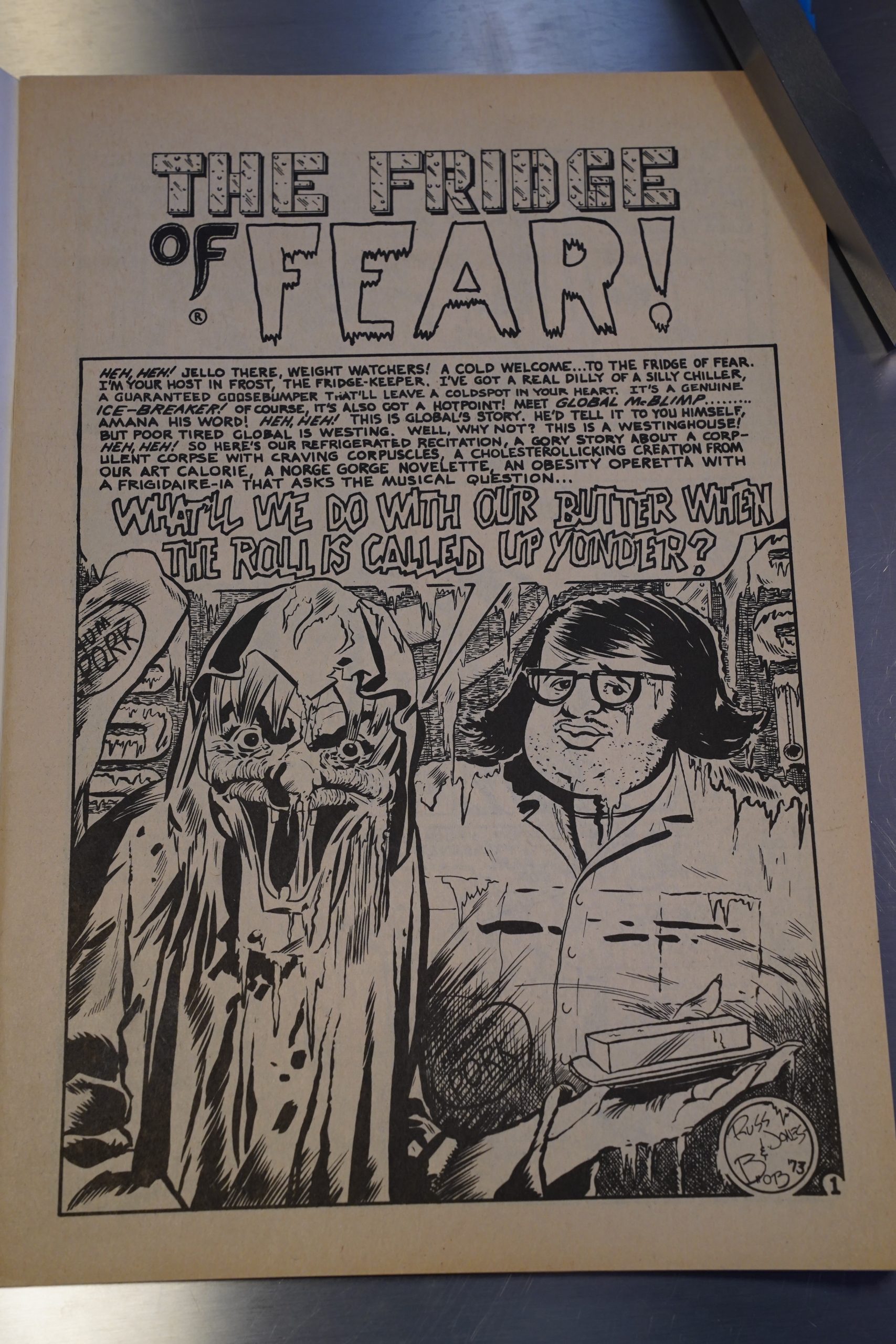 From the cover and the first page, complete with Crypt Keeper and all, I expected this to be a collection of EC horror parodies… 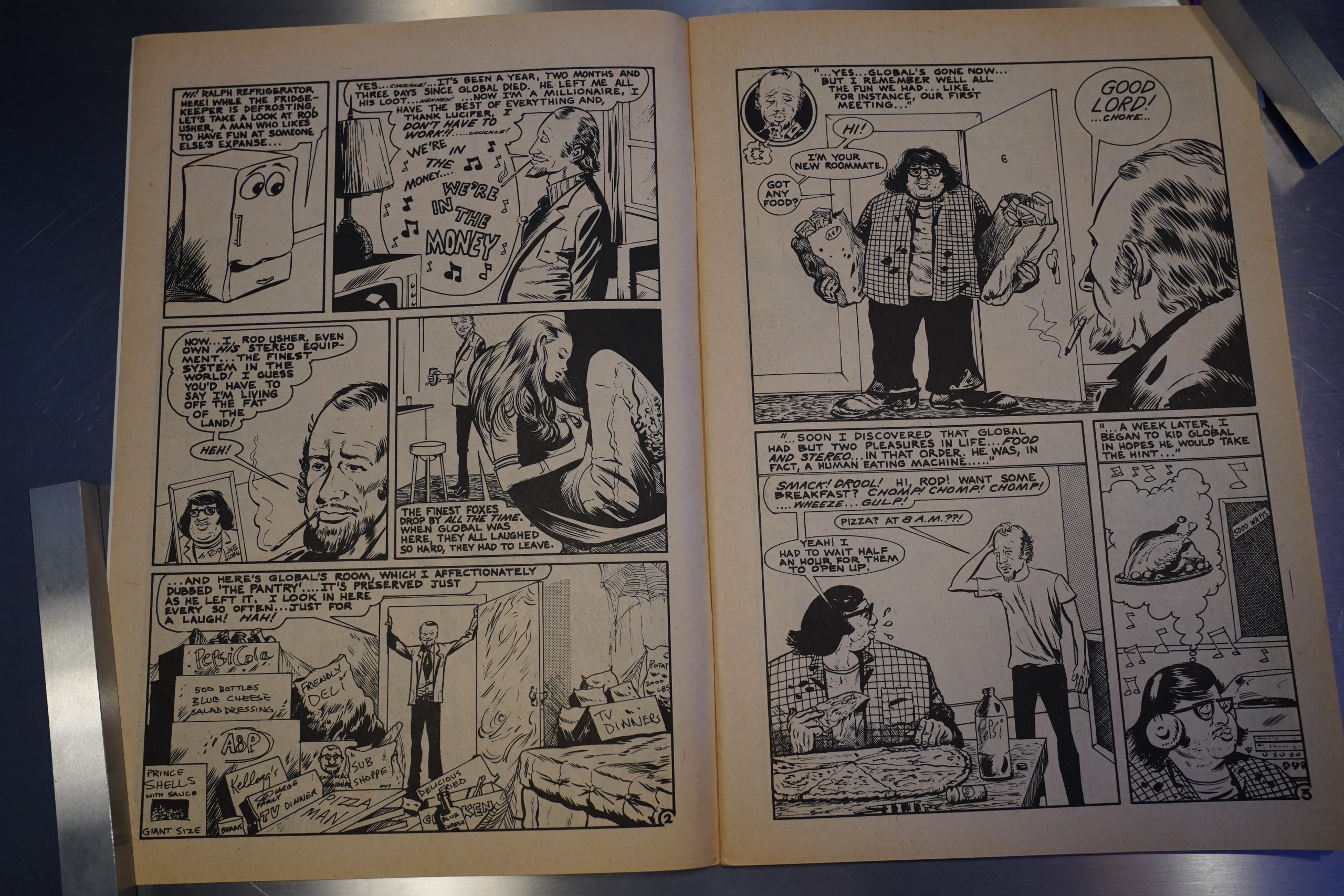 … but it’s not: It’s just one 24 page story. I mean, the story does have EC horror flourishes, and Jones carries off emulating a number of 50s artists, but the story itself isn’t very EC-ish. 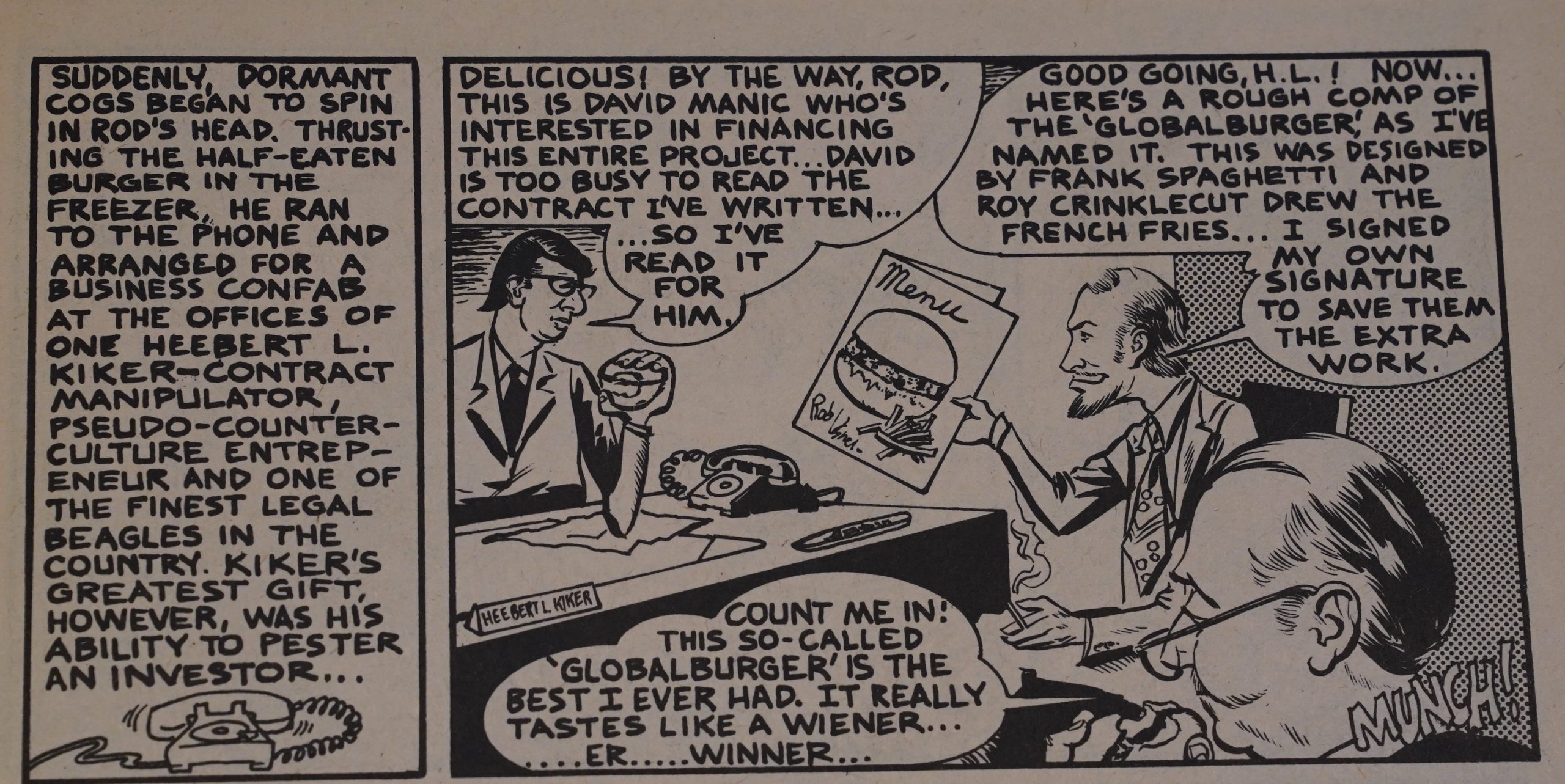 The main gag is that the guy is fat, really fat, have I mentioned fat? But there’s also other comedy gems here like the lawyer called “Heebert L. Kiker”. *sigh* 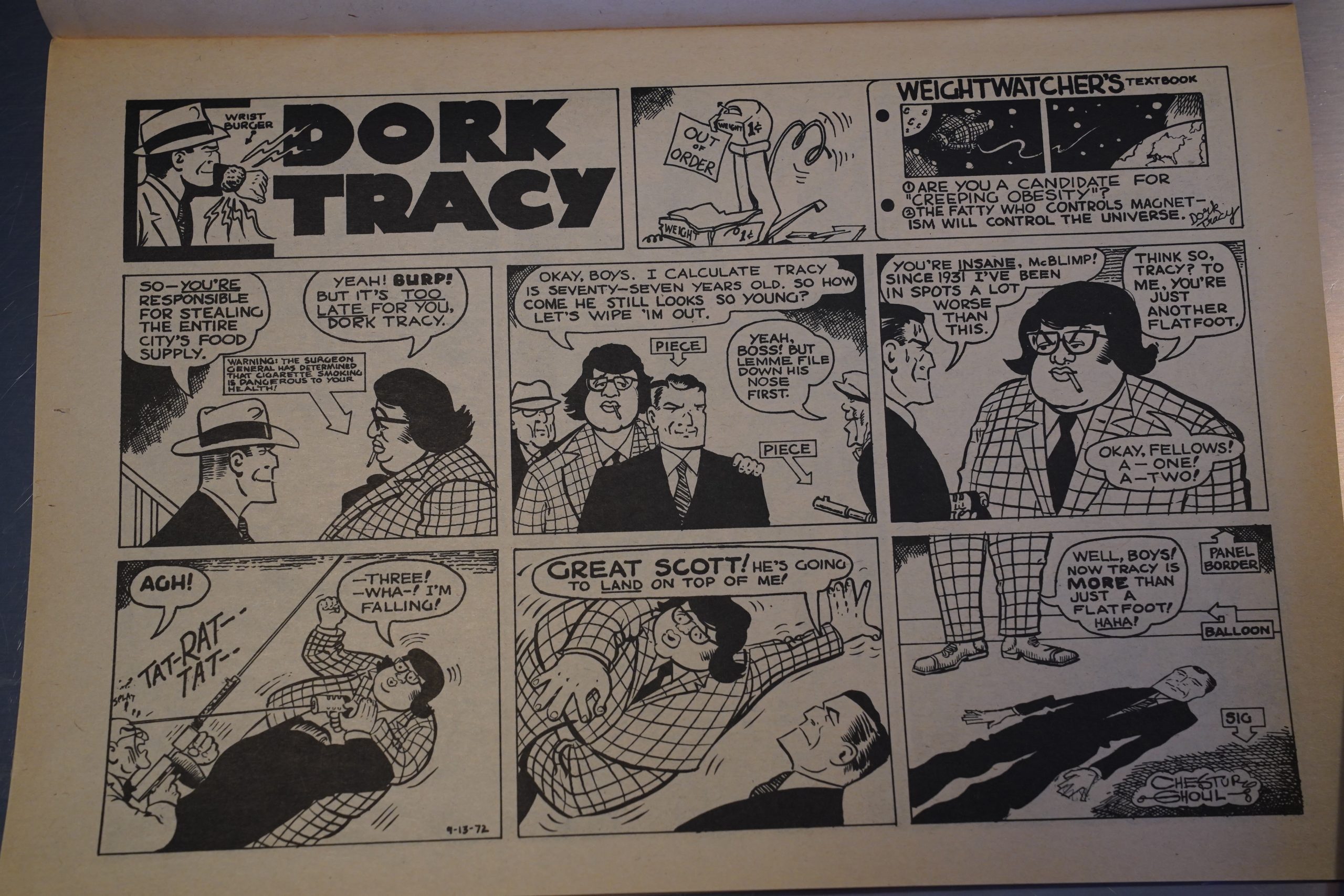 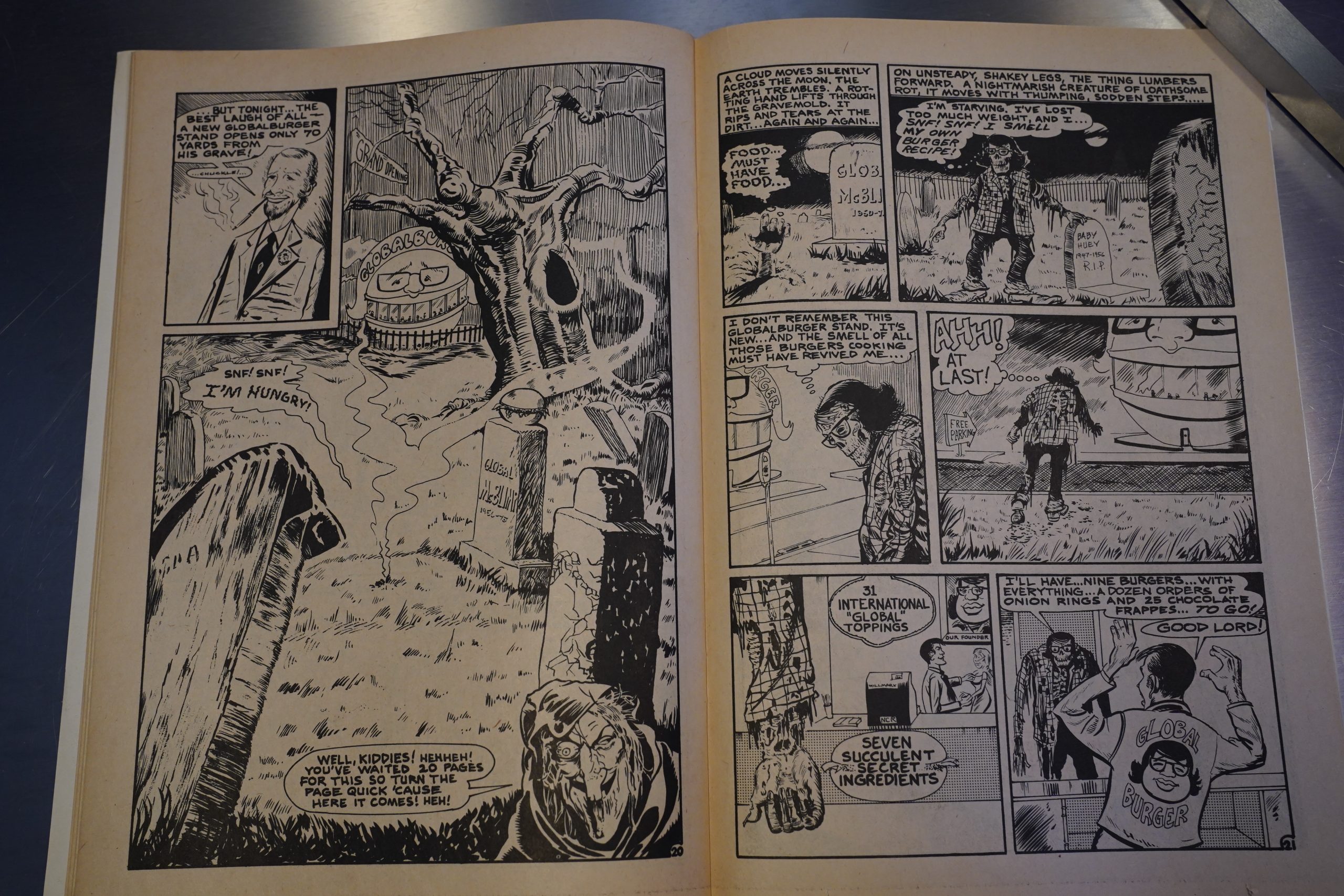 Before we lurk back into an EC denouement, but more extreme.

Jones is obviously talented, and this book has some charms, but it’s hard to like. 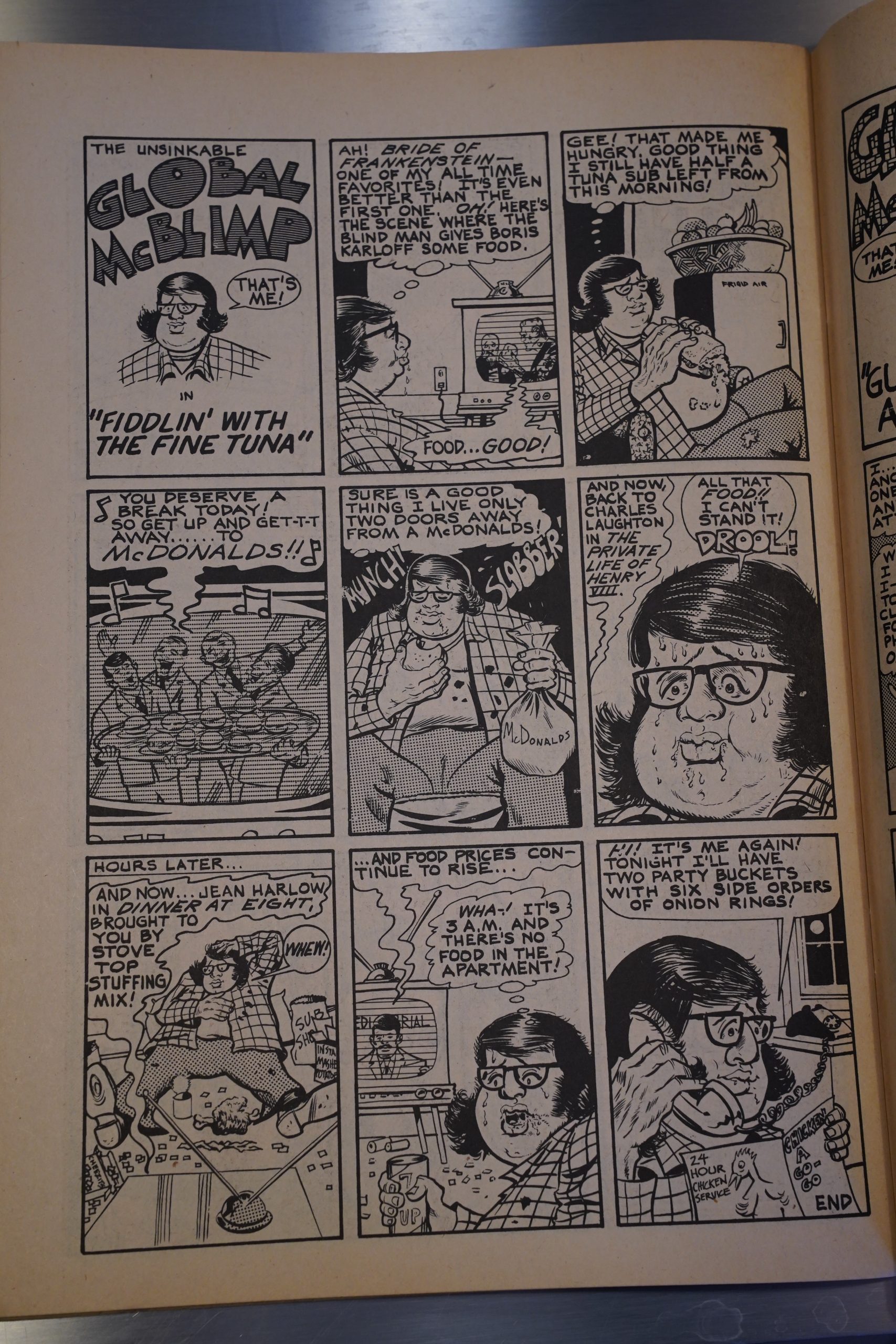 We round off with a bunch of one pagers that… are like this.

The book has not been reprinted:

As EC homages go, Tales from the Fridge isn’t especially bad, as it incorporates some of the tried-and-true comic tropes that EC pioneered, but after the novelty of tales from the fridge wears off, there’s not much happening beyond the fridge. 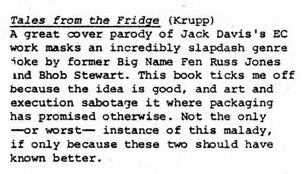 This is the twenty-sixth post in the Entire Kitchen Sink blog series.