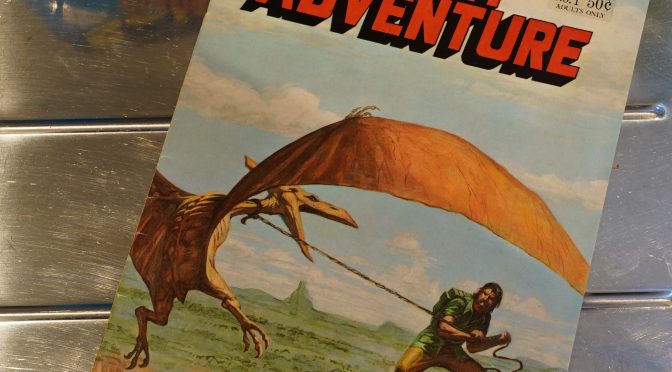 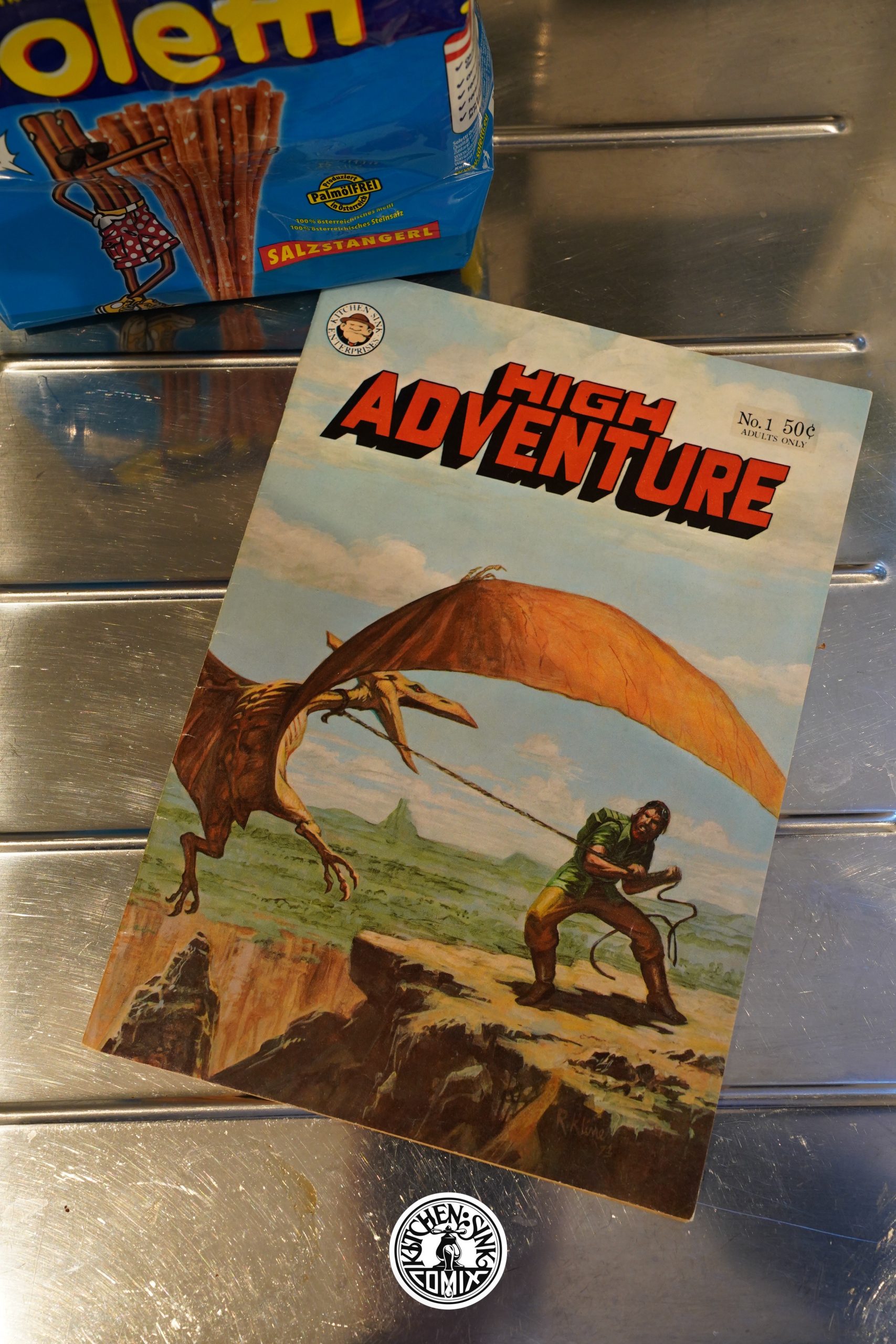 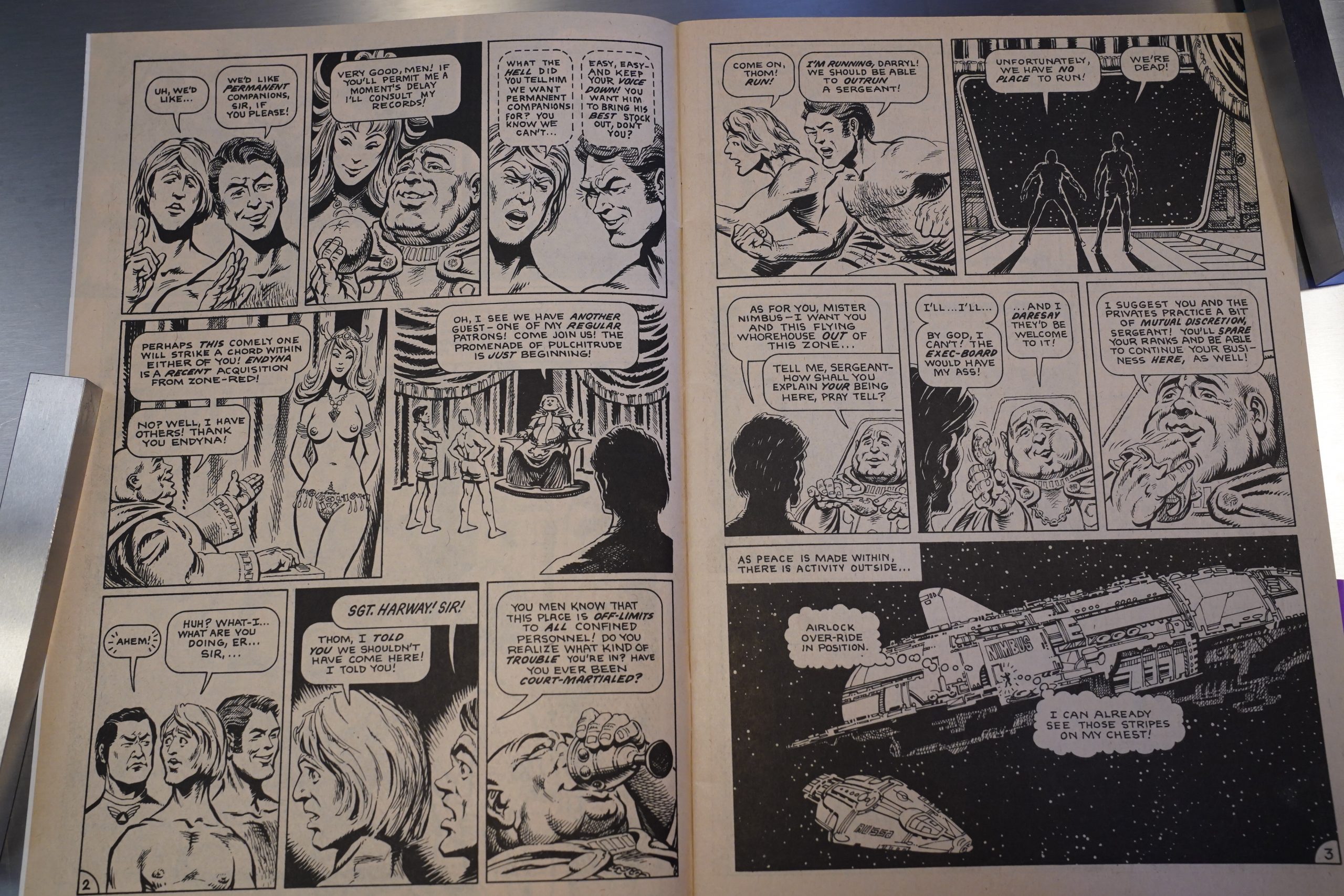 During the first few years, Kitchen Sink teetered between professionalism and 60s comics fanzine culture, and this book takes us back into fanzine territory again.

It’s not that there’s anything particularly wrong about this Evanier/Kline ditty, but it’s just so inessential. 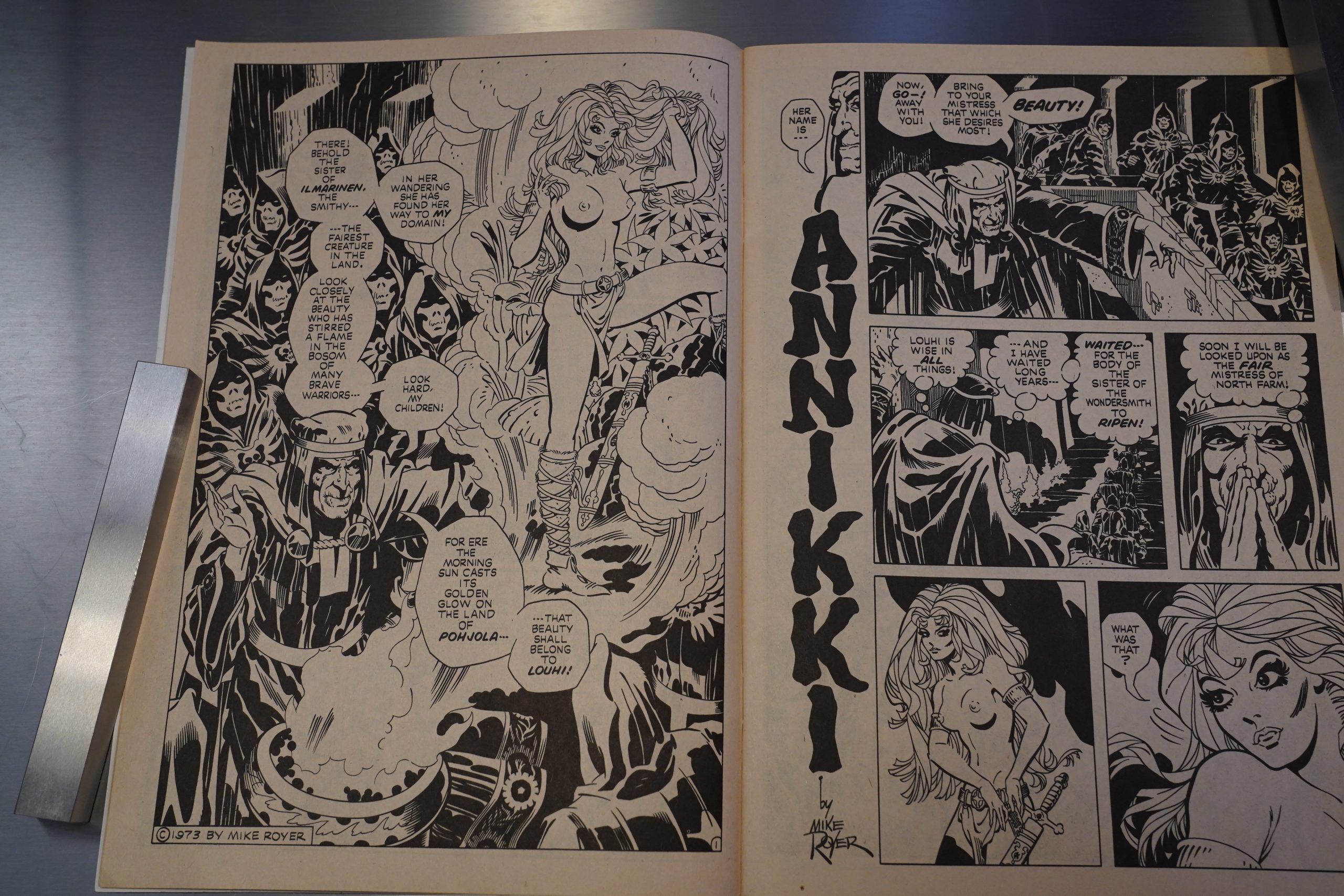 Mike Royer’s piece is the only one not written by Evanier, and… it’s… OK? Royer’s mostly known for inking Jack Kirby, but here he’s going all underground on us.

(It takes place in a cave.) 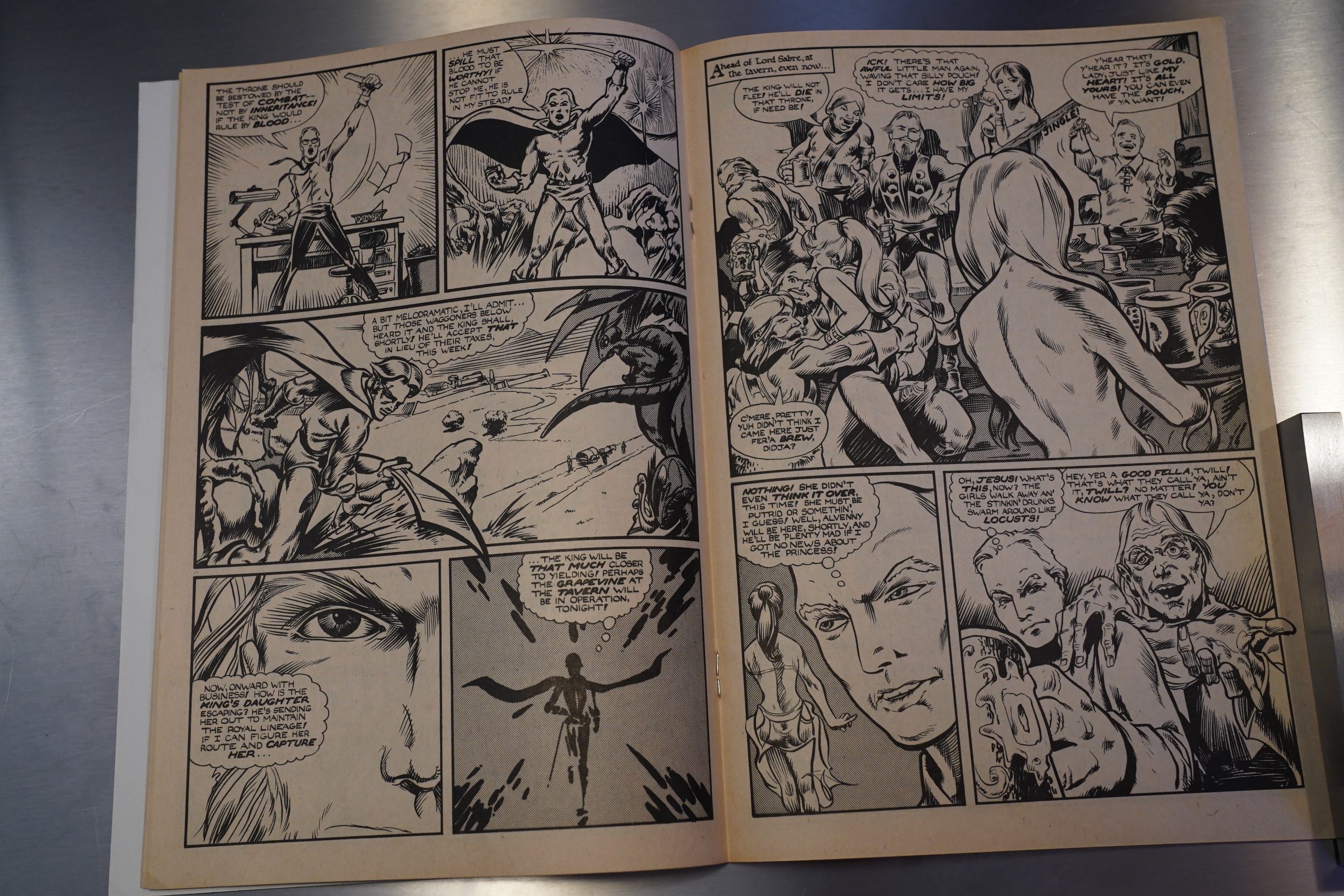 The worst thing here is this Evanier/Steve Leialoha/John Pound thing, which is just tedious in ways you couldn’t imagine things being boring in before.

Fortunately, there’s no next.

Most of you read David Puckett’s
article “The Relevance of Under-
grounds” which appeared in issue
#74 of this magazine. Mr. Puckett
rightly traces the evolution of the
Undergrounds as they evolved into
today’s Alternative Comics. But
somehow in the process, he forgot
to mention what I feel are the two
most important links in this evolu-
tionary chain, High Adventure
Comix and Big Apple Comix.
By allowing mainline Marvel, DC,
and Gold Key creators a chance to
create in an unrestricted environ-
ment, these two early 1970s comics
eventually provided an inspiration
and an example which culminated
in today’s Alternative Companies
such as Eclipse, First, and Renegade
Press.
It is not surprising that Mark Eva-
nier, a man who has created in every
genre of comic books (ai well as
television and animation), vvas the
inspiration behind High Adventure
Comix from Kitchen Sink Press.
Evanier, best known for DNAgents
and Crossfire from Eclipse and
Blackhawk from DC, wrote three out
of four pieces in this trend-setting
one-shot. Bob Kline illustrated two
of the three stories that Mark wtrote,
turning in very interesting graphics.
“Nimbus,” a sexy science fiction
story, would be at home in Heavy
Metal Magazine. “Stalker” is even
more fun, but since I am absolutely
crazy about any kind of time travel
story, how could I not like this tale
of big game hunters in the days of
the dinosaurs? “Lord Sabre,” which
v•/as illustrated by Steve (New
Mutants, Secret Wars) Leialoha, con-
cerns a Walter Mitty-type who longs
to be a hero in an Edgar Rice Bur-
roughq novel. This piece especially
noteworthy as it also represents Lei-
aloha’s first professional sale.
Perhaps my favorite feature in
High Adventure was done by Mike
Royer. Royer, who is perhdps best
remembered as the finest inker who
ever embelli

So somebody liked it.

But they’re right in that this book reads very much like a precursor to 80s alternative comics — especially the dreck that was published during the black and white explosion and implosion.

I don’t think I’ve mentioned it, but High Adventure is also a pretty solid comic book, with some entertaining stories and excellent comic art.

This is the twenty-fifth post in the Entire Kitchen Sink blog series.