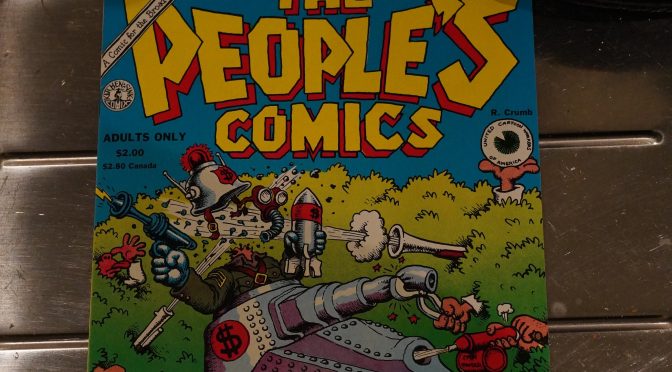 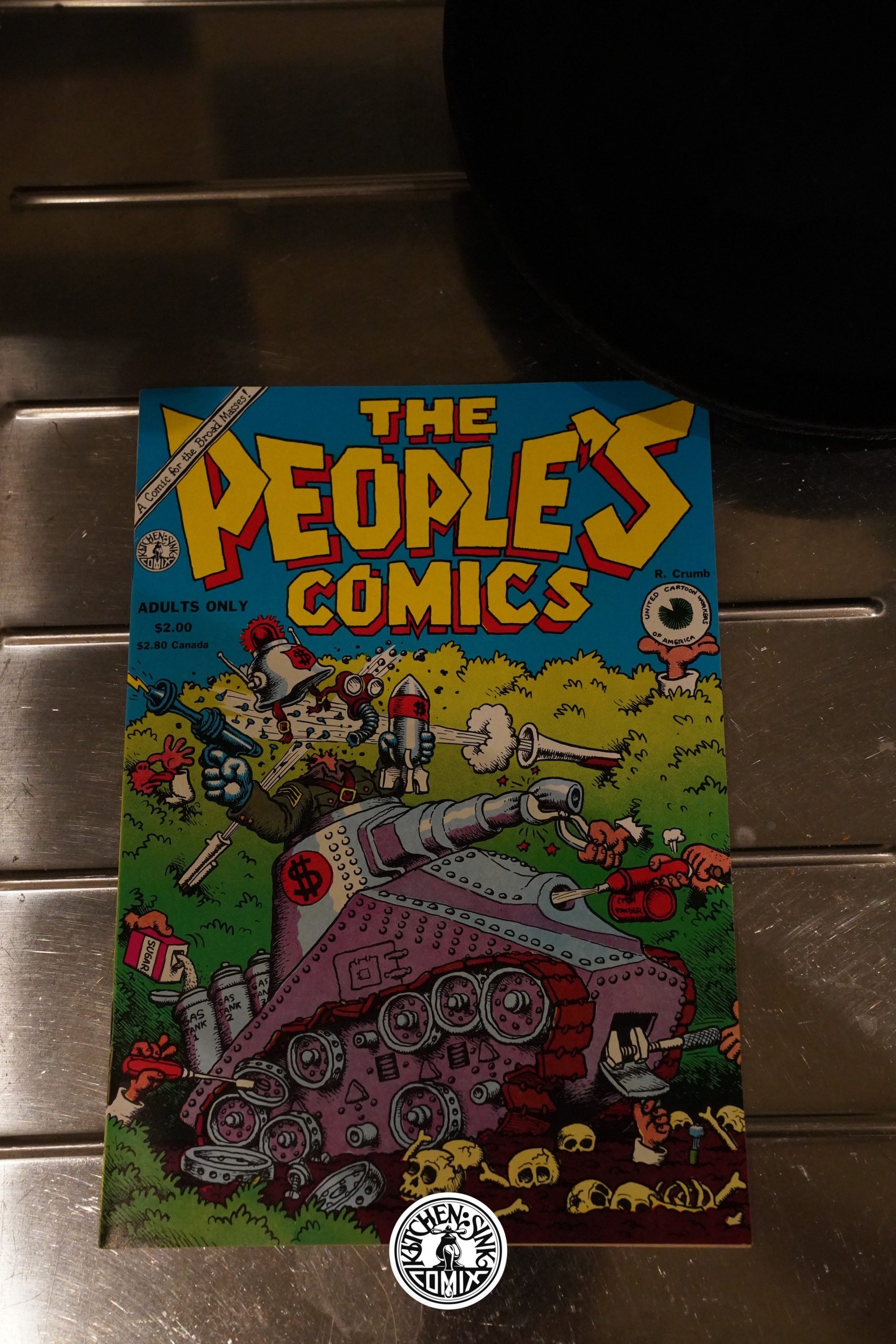 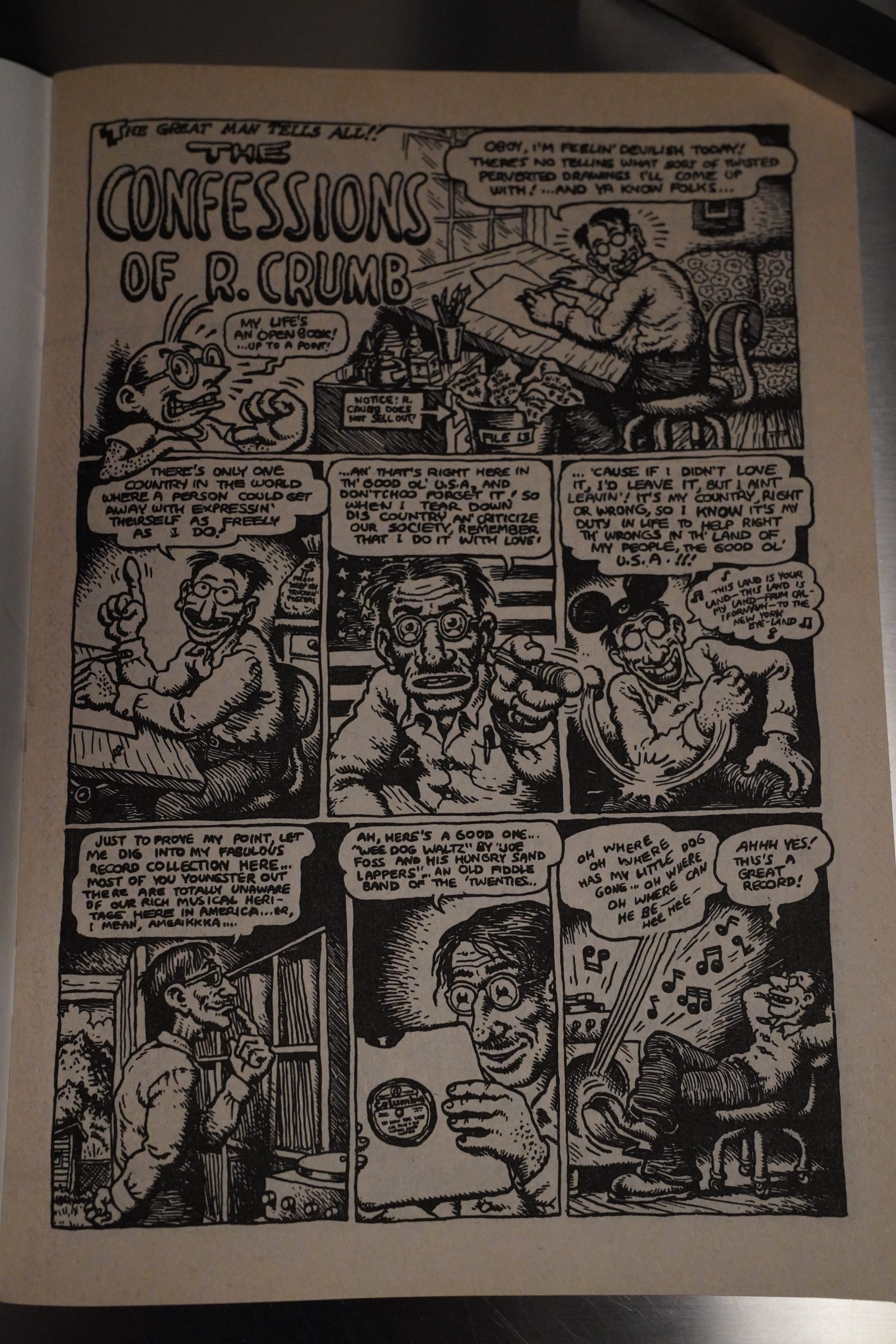 This book was originally published by the Golden Gate Publishing Company in 1972, and then Kitchen Sink took it over in 1976 and kept it in print until the 90s. My printing is from the mid-80s, and looks pretty good. I mean, it still looks like a proper underground comic. 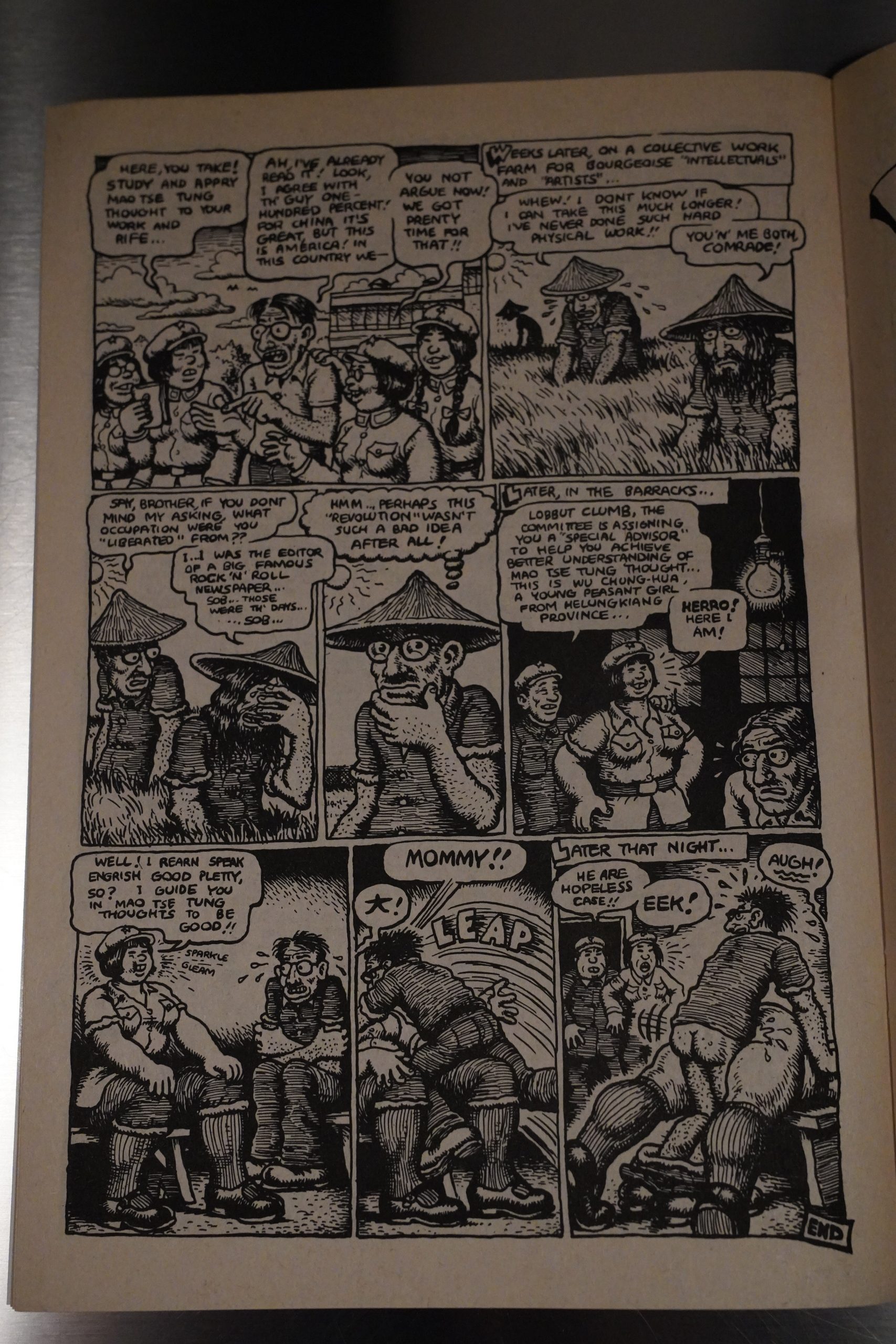 I had assumed from the title that this was going to be a “political” book, but the only nod in that direction is this two-pager about proletarisation… which ends in the typical Crumb way.

As with many Crumb solo books, this starts with a number of short pieces that have some kind of loose theme going — this time it’s Crumb being born, being thrown out from home and then going “mommy!” at all the women he meets. 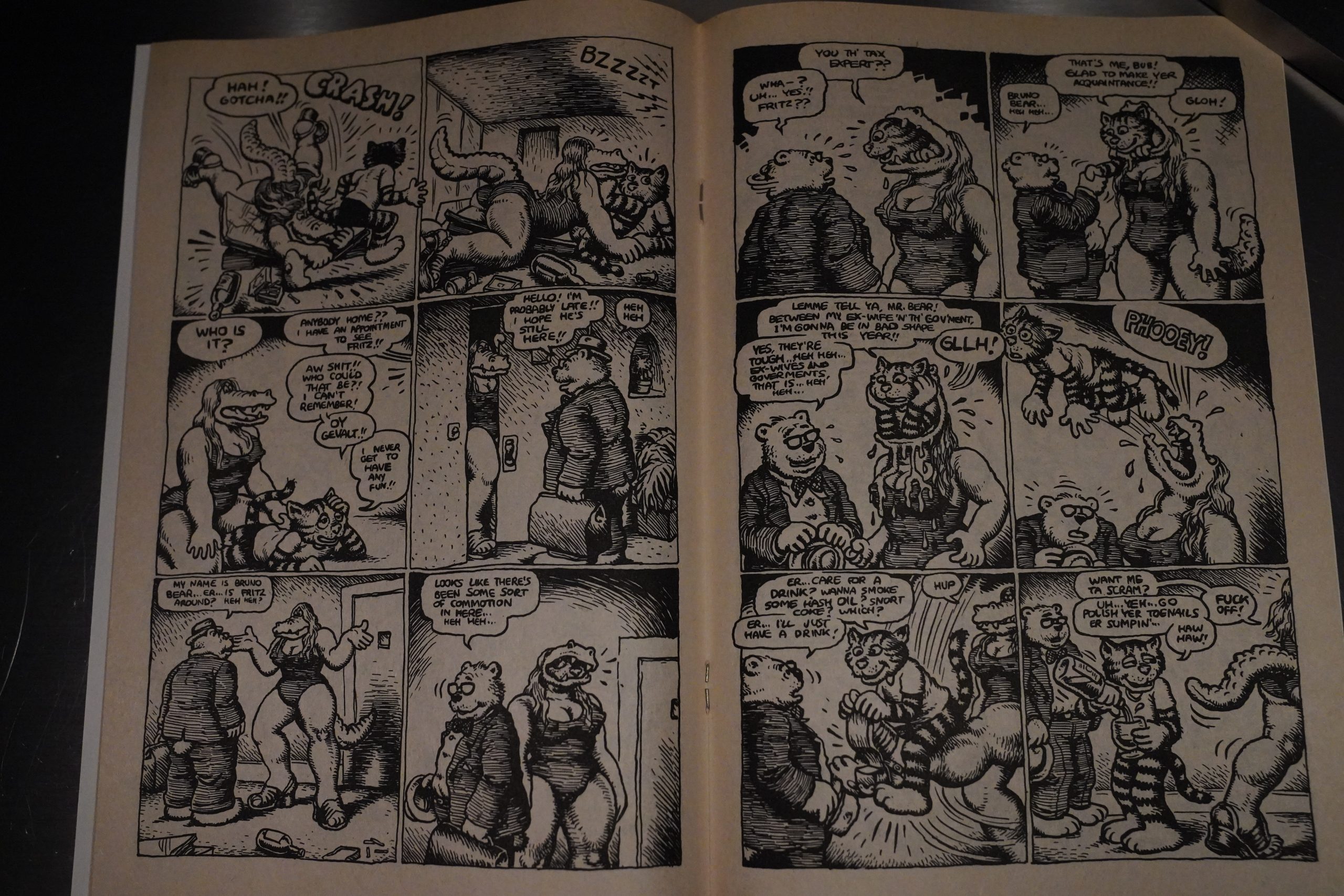 The major story here is a Fritz the Cat story, which surprised me, because … er… while I’ve read the Fritz the Cat epic several times, I didn’t know that it was serialised in books like this… 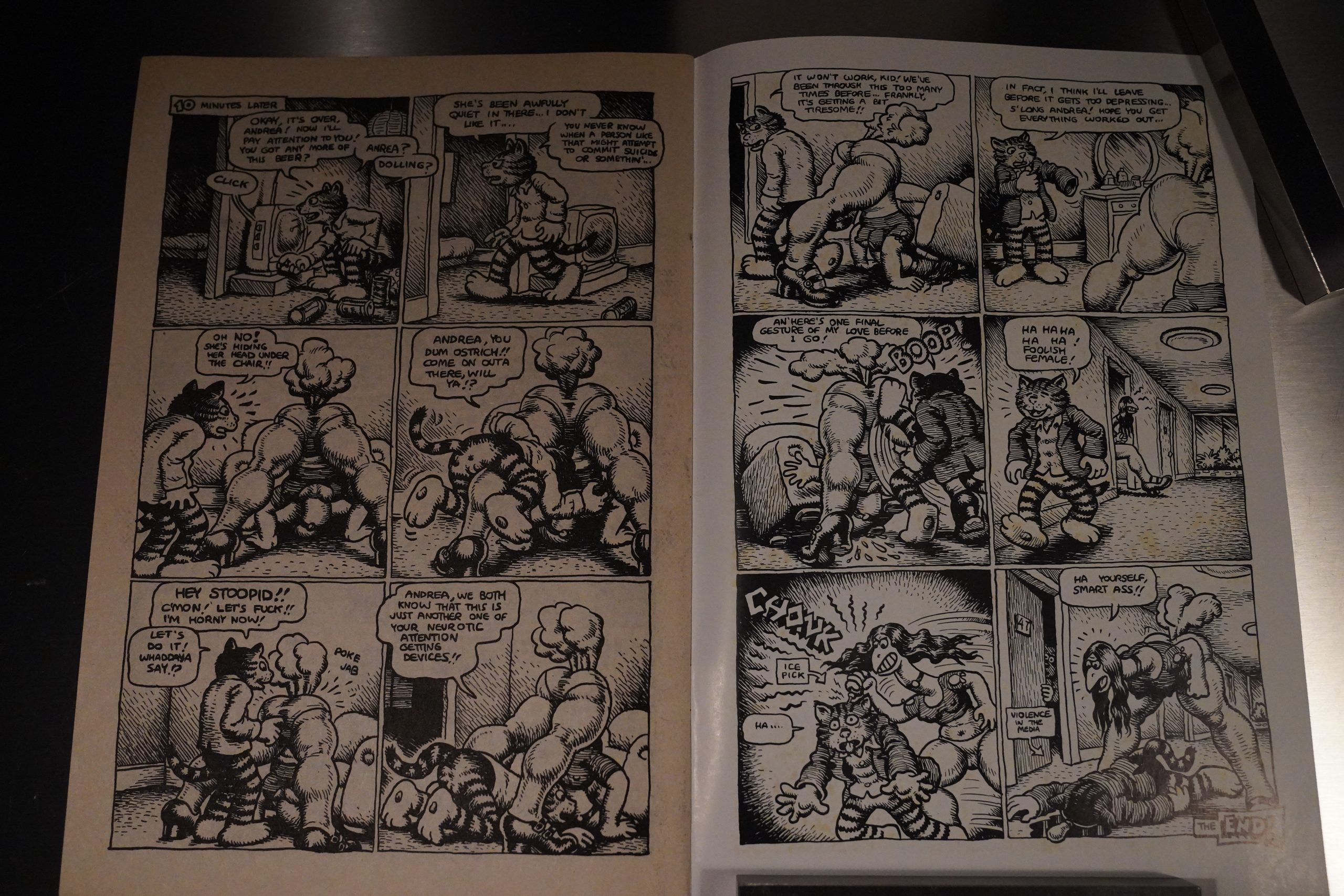 … and then! THIS IS THAT STORY! The one where Crumb kills Fritz the Cat off? I mean, I knew that that was how it ended, but even knowing that, it came like a shock.

The story is like “ennui… ennui… DEAD!” On the inside back cover! No epilogue! Nothing! Just ice pick to head and the book is over.

This must have blown people’s minds in 1972.

The more I read these Crumb solo comics, the more I understand why he was as important as he was. I mean, yes, the artwork’s amazing and that’s easy to grasp, but when reading Crumb in later collections, it’s sometimes hard to understand why he had such an impact that he had. But this book is a perfect shock to the system.

(Crumb wanted to avoid further Fritz the Cat movies by killing him off, but it’s an even better comic if you don’t know that, so forget I said anything.)

This is the thirty-third post in the Entire Kitchen Sink blog series.